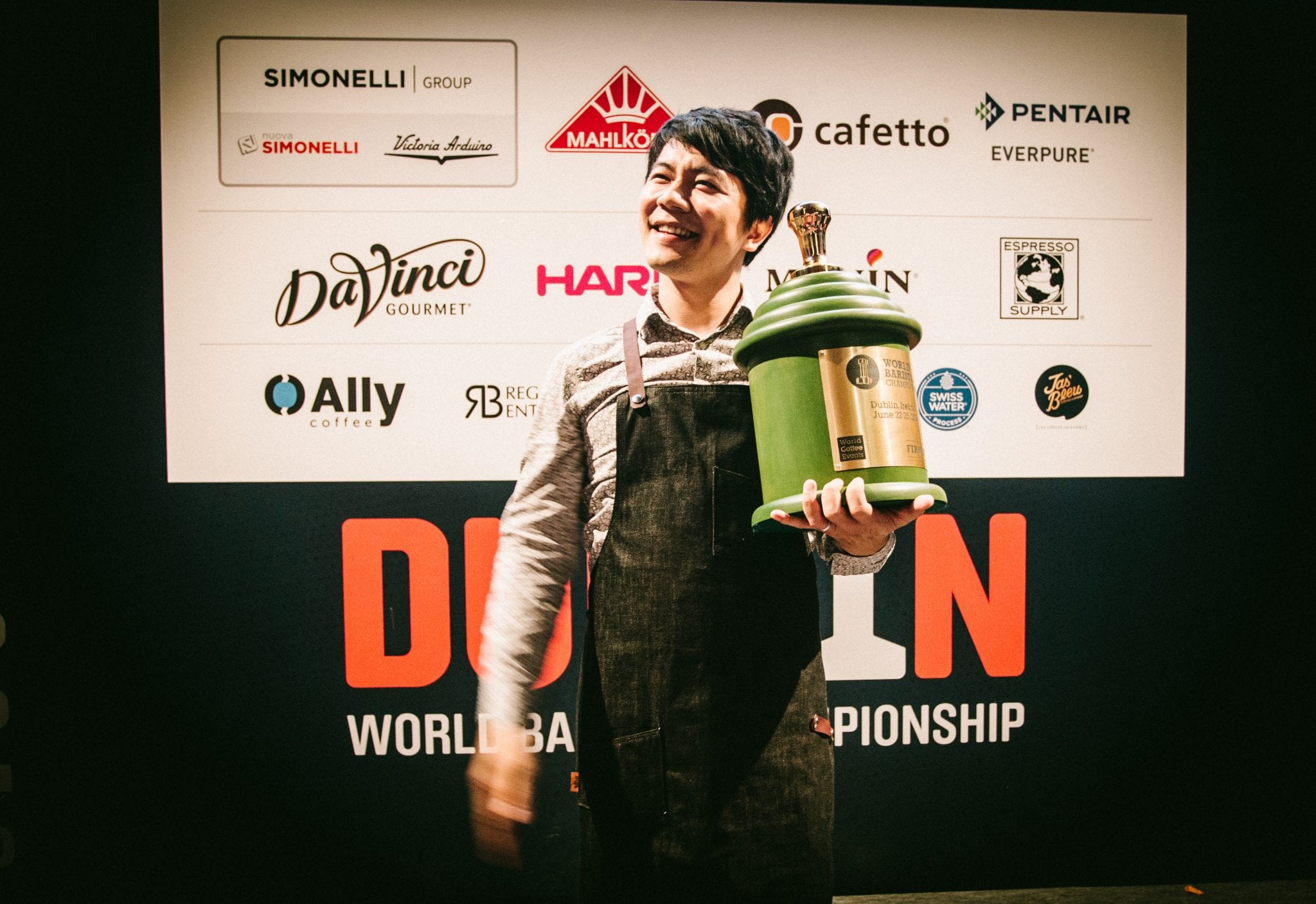 As the 17th World Barista Championship drew to an end this Saturday, we thought it was time to look back on some of the different WBC performances over the years. Because there’s no better way to learn to be an amazing barista than by watching the best.

Starting, of course, with Berg Wu of Taiwan’s winning 2016 routine.

Berg runs the café Simple Kaffa with his wife, and is also an Urnex Ambassador for the use of good cleaning products. Interestingly, he chose to cool down the portafilter with ice water. His signature drink was a Geisha from Panama, and featured both an orange juice and honey reduction and Earl Grey tea.

In 2015, Sasa Sestic was the World Barista Champion. Although Serbian-born, he represented Australia. The founder of Ona Coffee, he’s also set up a series of coffee auctions through Project Origin. He’s famous for having smuggled Australian milk into the country in order to compete, but milk wasn’t his only special ingredient: his signature drink featured a dash of Shiraz wine.

In 2014, Hidenori Izaki won the World Barista Championship for Japan. At the time he worked for Maruyma Coffee, although he has since launched Samurai Coffee Experience, a consulting business. He used two different Costa Rican coffees: one a honey-processed Typica and one a natural Red Caturra – and added, in his signature drink, some peach nectar.

In 2013, Pete Licata represented the US and became World Barista Champion. He’s currently the man behind Licata Coffee Consultants and Roast Ratings LLC. He won the WBC with a Colombian coffee, combined with simple syrup and bitters, and a clear twelve-point lead on his competitor.

Producing countries rarely enter the semi-finals of the WBC, but in 2012 Guatemalan Raul Rodas walked away with the trophy. His use of a Guatemalan coffee wasn’t surprising, but his complex signature drinks definitely were. Yes, that’s a plural there. He created two different varieties, featuring cascara and mucilage infusions.

Cascara: How to Brew Coffee Cherry Tea in 2 VIDEOS
Step-by-Step VIDEO Guide to Developing a Roast Profile
Barista Tutorials: How to Clean Your Espresso Machine in 2 Simple Videos
VIDEO: How to Use a Manual or "Lever" Espresso Machine