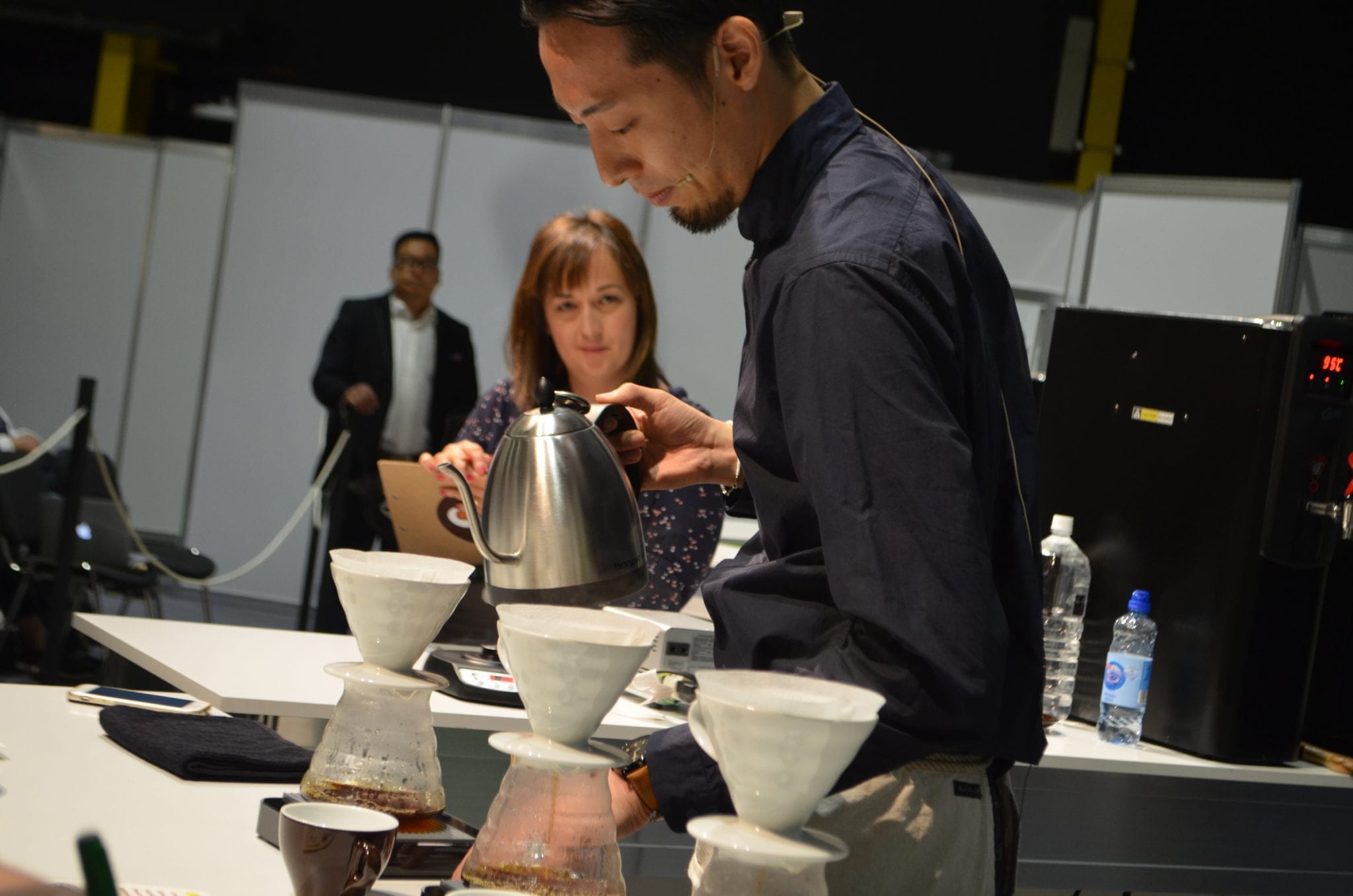 With Tetsu Kasuya crowned the 2016 World Brewers Cup Champion on Saturday, we thought it was time to celebrate this demanding competition dedicated to manual brewing. We’re taking a look back at five previous Champions and their winning routine.

Representing Japan, Tetsu Kasuya is the first Asian winner of the World Brewers Cup Championship. He works in The Coffee Factory, Ibaraki, where his boss roasted his coffee: a natural Geisha from Ninety Plus Estate, Panama. Kasuya won this year using the V60 and what he calls the “four six method” – a method which he believes helps to control the sweetness of his fruity coffee.

In 2014, Stefanos Domatiotis of Taf Coffee won the World Brewers Cup Championship for Greece. The first Champion to use a Ninety Plus coffee, he opted for a Geisha brewed with a V60 (just like Tetsu Kasuya). Unlike Kasuya, however, he chose to use two kettles.

In 2013 Erin McCarthy of Counter Culture Coffee won the USA the World Brewers Cup Championship with a Geisha from Hacienda Esmeralda. Unlike the last three Champions, he opted for a Kalita – in fact, Erin is one of only two Champions to not have used a V60 (the other one being Keith O’Sullivan, who used a Chemex in 2011). One of the highlights of Erin’s performance is hearing him passionately discuss the Geisha’s profile, as well as how the roast affected the final cup.

The 2012 World Brewers Cup Champion hailed from Australia, where he represented St. Ali. He used a Washed Geisha from Finca Santa in Panama and brewed it with a V60. Interestingly, he also used a sieve to help control extraction – so that he could extract at 23%.