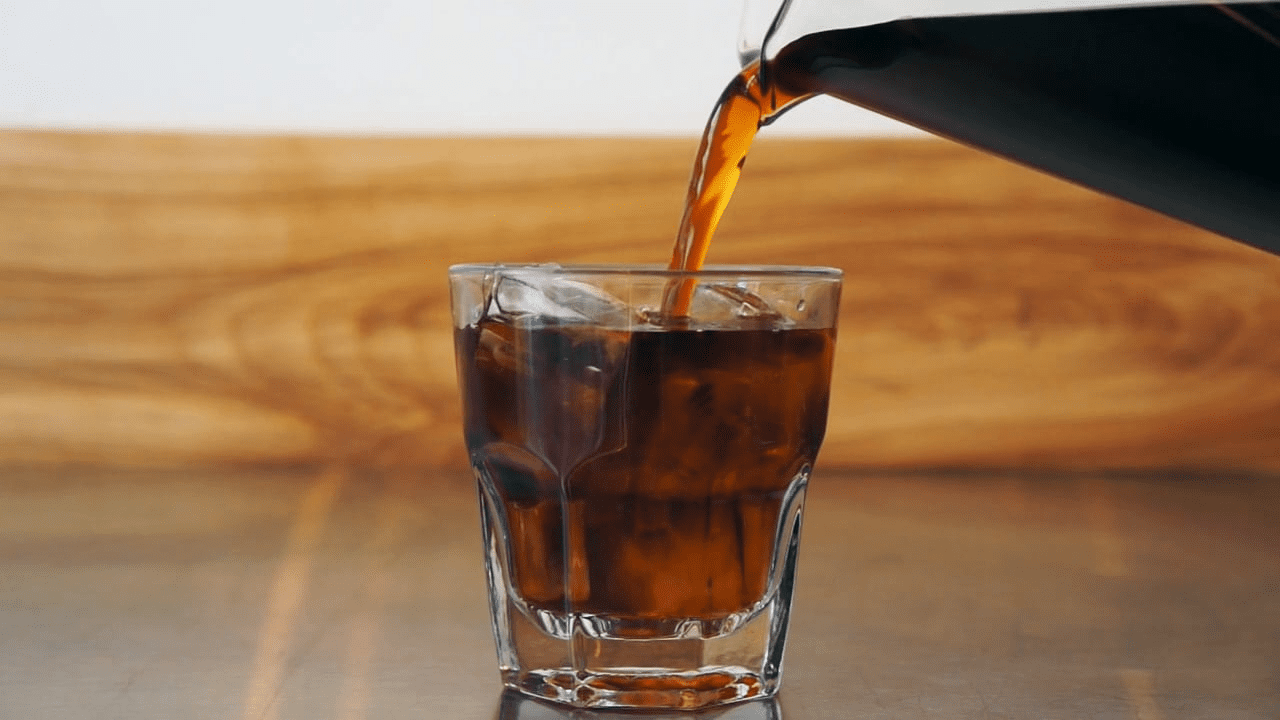 “It’s where craft beer was two or three years ago,” Tyler Jones tells me. He’s speaking of the cold brew coffee he saw at SCAA Atlanta in April.

But then he says that all cold brew coffee needs is the right infrastructure and the right connections. And that, he assures me, is closer to hand than it may seem.

SEE ALSO: Nitro: Is It the Next Big Thing in Cold Brew? 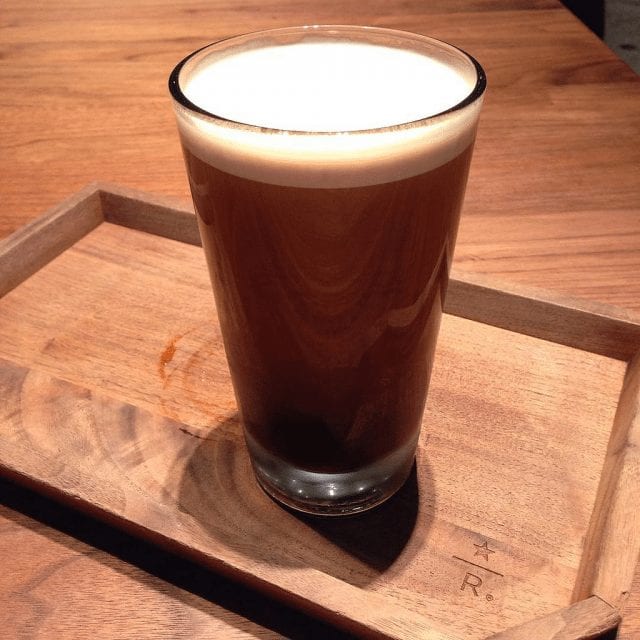 A Career in Liquid Nitrogen

Tyler speaks with such confidence because he’s the Product Manager of Dosing Systems at Chart Industries. Or, to put it more simply, he works with nitro for bottles, cans, kegs, and even taps.

Nitro cold brew is just one of many things he works with, in partnership with the likes of Cuvée Coffee and La Colombe. Wine, canned vegetables, soup, beer… you name any type of packaging, his company provides solutions for it. He explains to me how nitrogen injections in plastic water bottles decrease the amount of plastic needed, both saving customers millions and making the bottles more eco-friendly. 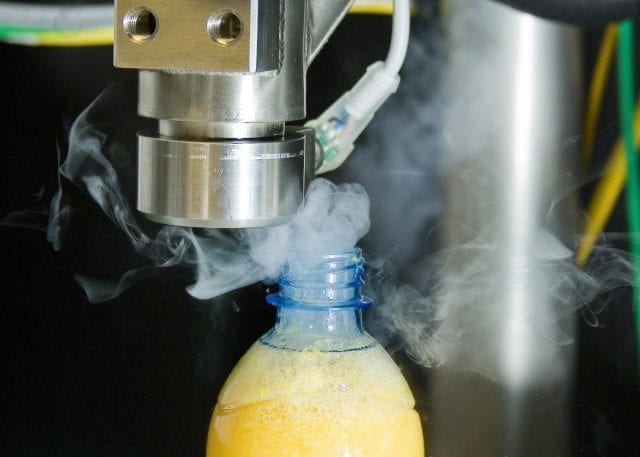 He talks to me of the “widget”, something that’s used to release nitrogen. “They use it to create the same effect when the can’s opened as when it’s poured from a nitro tap,” he says. “The nitrogen’s released and it agitates the beverage. Then when it’s poured it’s as if it’s been poured from a tap. It gives you that same mouthfeel, that same smooth feeling and taste.”

However, he explains that Chart Industries has worked out how to remove the widget. And that, for them, is a huge deal. “We can actually nitro a flat or a pre-nitro’d beverage, beer or coffee. That passes a huge savings on to the brewers themselves… You can buy a normal can, you buy the doser one time, you learn the process, and then you can nitro your coffee.”

And that, he believes that it will help coffee to achieve the success of craft beer. But technology isn’t enough on its own – we also need knowledge-sharing and collaboration. 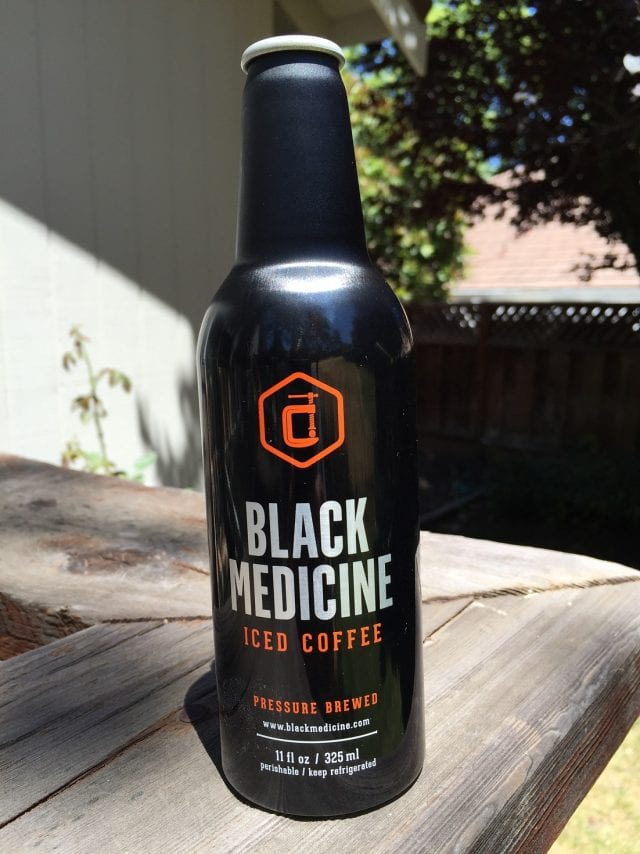 I suggest that, in his industry, he probably suffers from the glaze effect – the moment the first technical word comes out of his mouth, the listener’s eyes glaze over. He laughs. “Yes. That’s one thing we’re trying to eliminate… We’re making things simpler. I like to say that it’s more inherent, instinctual even.”

Do you need to be a scientist to use nitrogen dosers?

“If a person uses a computer every day or has a phone, they can understand dosing,” he says. It’s when you get into areas such as recipe creation that it gets harder. However, every product needs a different recipe. As soon as you change the brew, you change the nitro dose.

Tyler says that he’s working towards the point when, even for recipe creation, “a person who’s kind of technically inclined can just be like ‘oh I understand this’.” Part of that is webinars and case studies; part of it is encouraging collaboration. 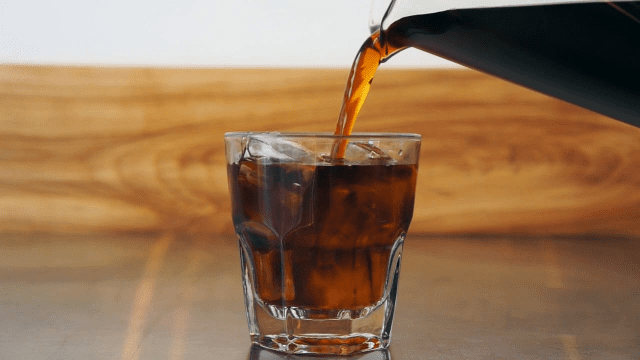 He tells me of a free coffee webinar his company are holding on October 11th at 2 pm EST. “We’re going to discuss how to get your nitro product from a tap or from a keg to a bottle or can. We can discuss savings. You can even simplify your brewing process by using a doser, and we can even nitro flat product – that’s something that no one else is doing and we can share with you how to do that.”

He also adds that it’s a good opportunity for networking and building partnerships. And collaboration is important. “We have customers who are willing to talk to other people.”

He points to the craft beer industry as an example. “They all want to do well for themselves, but they all help each other. They share information, and the beauty of that is we have several good partnerships with some of our customers. They regularly say, ‘Send anybody to us, and we’ll gladly help them out.’”

He adds that coffee and beer have a lot in common. “[Cold brew]’s really maturing as a product. People are realising that we don’t have to do just kegs – we can do cans, bottles, what have you. We can get those on the shelves and I think that that’s the future.”

“I think that in the next year to two years, you’ll see far more cold brew come to the grocery stores – and then nitro brew will be right behind it. I think that using dosing, as opposed to a widget, will make that so much easier, especially for the smaller guys…. I think that, just how craft beer and even wine has grown over the last 5-6 years, coffee can easily follow suit.”

Yet in Tyler’s mind, craft beer isn’t just the future of nitro cold brew coffee. It’s also the route there. 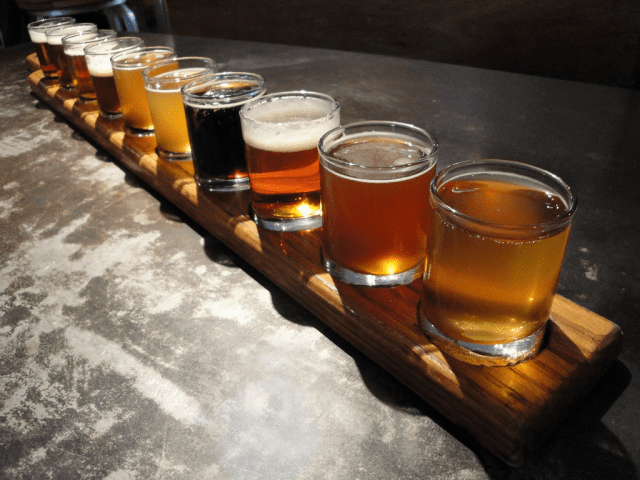 Are Collaborations With Breweries the Way Forwards?

“There are tons of breweries who are already doing this with beer,” he says. “It’s becoming more and more common for a brewery to say, ‘You want us to help you brew coffee, or even bottle or can coffee, or even keg coffee, that you’re making with your recipe. We’d love to help you out.”

“I think that the infrastructure might not look like it’s fully developed but the foundation is there. At Chart, we can’t create the infrastructure, but we know the people who can help do that. We just need to get that conversation started. We’re going to try help cultivate that same opportunity that craft beer had two or three years ago.”

“It seems that we’re here at point A and we can’t really get to point B, but all the ingredients are there. We just need to open those channels of conversation.”

Chart Industries’ free webinar is on October 11th at 2 pm EST. The founders of Veritas Coffee will also be participating. Sign up here.

Chart Industries is a sponsor of Perfect Daily Grind. This interview was conducted in accordance with our editorial policies, and Chart Industries has had no greater influence on the final copy than any of our other interviewees.