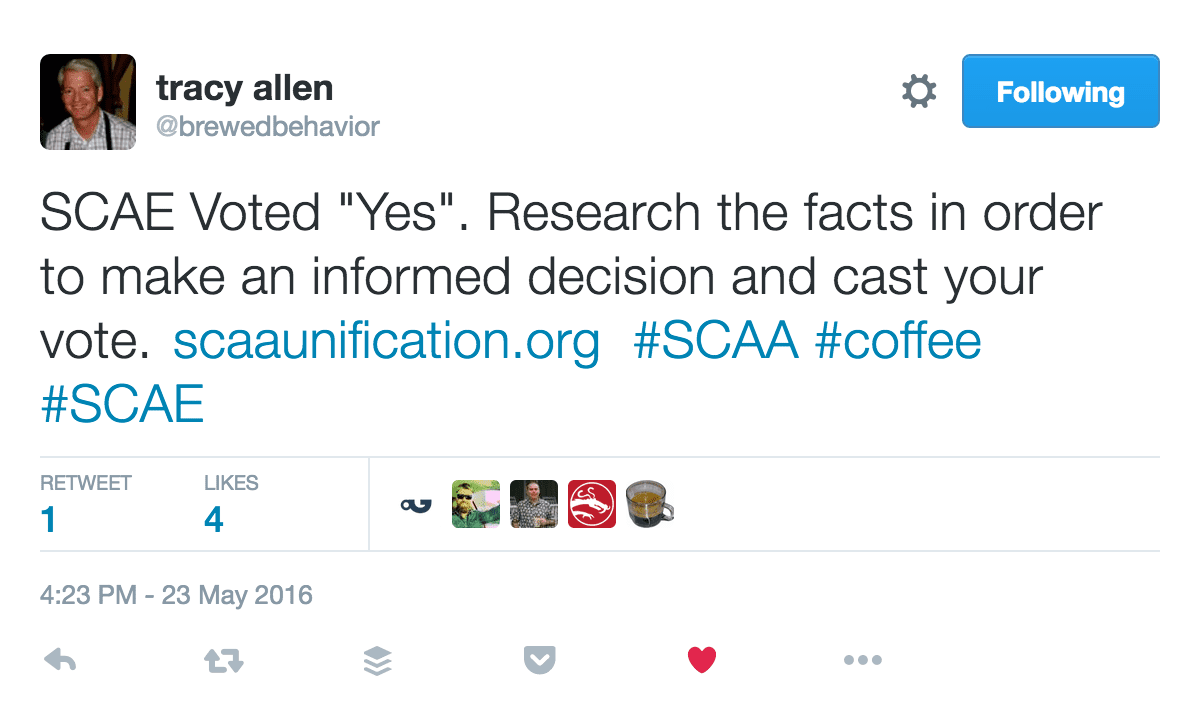 Following the recent SCAE member vote on unification, it was announced that SCAE members had voted overwhelmingly in favour of a merger with the SCAA.

SEE ALSO: Why Are Barista Ambassadors Crucial to the International Coffee Community?

At an Extraordinary General Meeting (EGM) held on Monday 23 May 2016, SCAE President Paul Stack announced that 51% of SCAE members had cast their vote on the future of the SCAE. 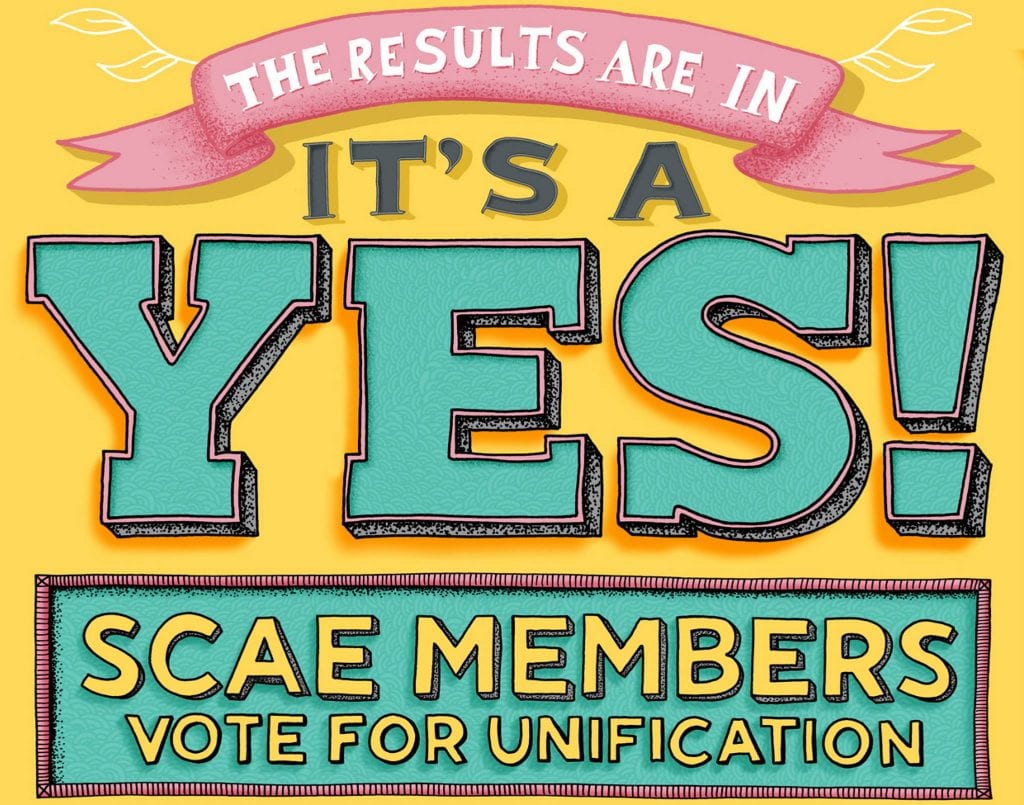 This strong support for unification has led Paul Stack and the SCAE Board of Directors to make the necessary legal changes to ensure the unification can go ahead once SCAA members have had their say.

Paul commented: “We’re thrilled at the final number which demonstrates a clear intent of our members. The SCAE vote has given us the legal and moral mandate to effect this change and make unification happen.

“We would urge our friends and colleagues of the SCAA membership to turn out in equal number and to supersede the legal requirement so that together we have the moral and legal mandate to complete the unification process.”

Based on the industry average for trade associations, turnout was expected to be closer to 10%. The high percentage of SCAE voters has been attributed to the significance of the proposals.

So What Happens Now?

SCAE Executive Director, David Veal, said that the SCAE vote brings an end to a long discussion process: “Talks on unification between SCAE and SCAA began in August 2013 and over the subsequent years that followed, became more and more detailed as we progressed the discussion to formalising a preliminary agreement earlier this year.

“I am delighted that such a significant decision was taken with the overwhelming support of our members and we all look forward to the changes ahead.”

Attention will now turn to the SCAA membership as their voting process gets underway in the coming weeks. Once the SCAA vote has concluded, a formal announcement will be made. 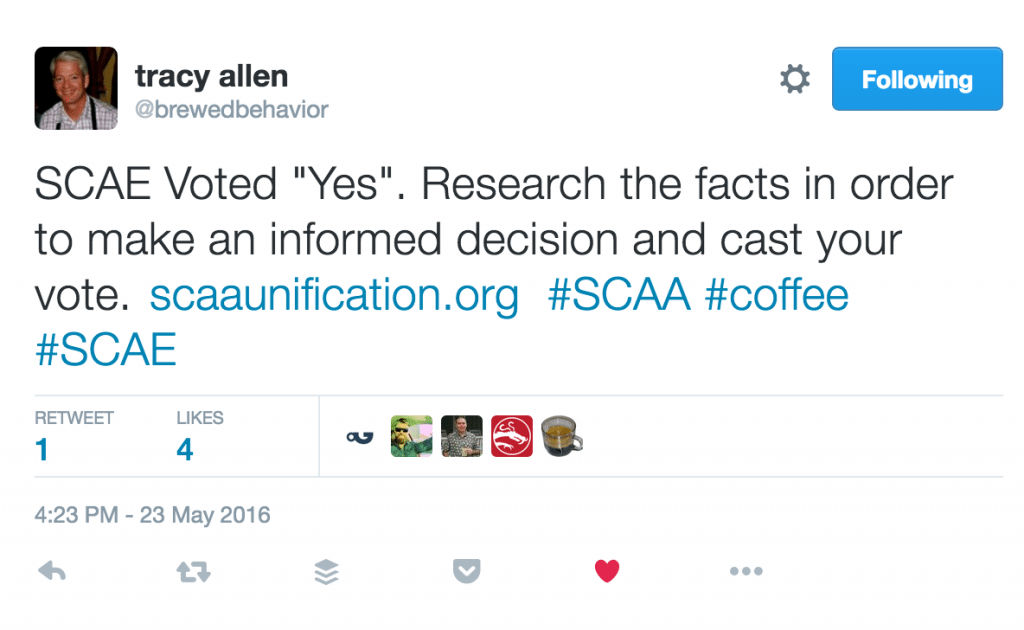 For the latest updates on unification, you can visit www.scae.com/unification or email unification@scae.com with any questions.