Perfect Daily Grind > Farming > How a Barista, with No Experience, Single-Handedly Grew & Roasted Coffee in Australia 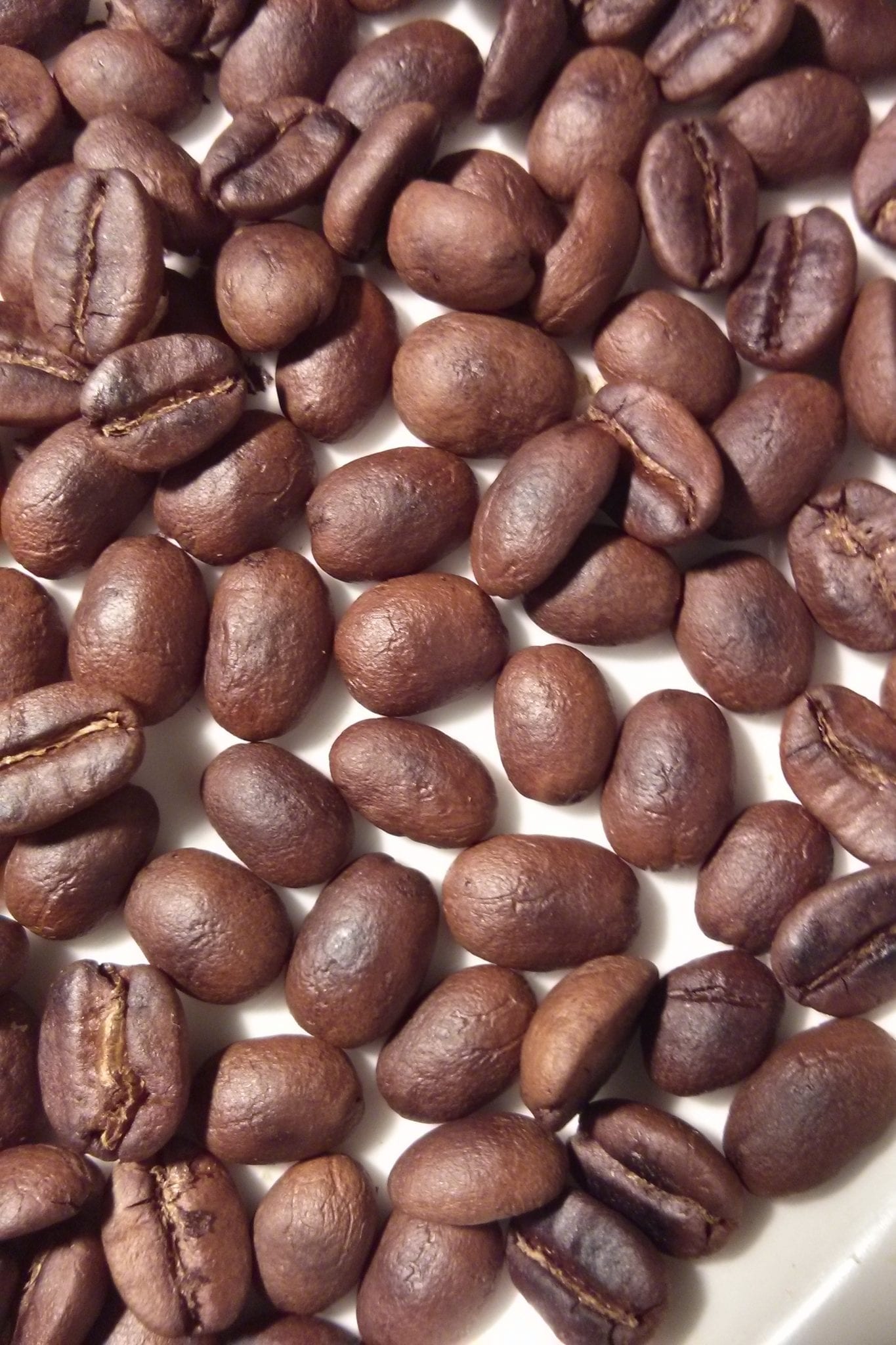 I remember the first time I tried one. It was the sweetest, strangest thing I’d tasted –  like watermelon, hibiscus, lemon, pineapple and sugar. I came close to cracking a molar biting down on in. I thought it was just another exotic fruit on a property full of things like black sapote, carambola, wampee, dragonfruit, ume and jaboticaba. The owner of the eco-lodge walked up behind me and said, “I see you’ve found my little coffee plantation. I looked at the spindly, tangled shrub in from of me. I’d seen photos of coffee plantations before; verdant lines of green with red spots tracing lines through Central American jungles. That wasn’t what I was looking at, but I knew that I had a chance to work with coffee in a way that few baristas can.

I had wanted to grow coffee since I started reading about origins, processing methods and tasting every gesha I could get my hands on. I asked the owner if he would mind if I helped out with the coffee.  He seemed eager to allow me, but warned that it was going to be hard work. That turned out to be a serious understatement.

Full of enthusiasm and without the slightest idea of what I was doing, I found some gloves, an old pair of secateurs and started pruning. I’d read a few articles online that suggested I prune the branches so that they radiated outward from the trunk without growing back into or across one another. It was easy, at least for about ten minutes before a nest of tree ants erupted over my arms, forcing me to leap fully clothed into the dam nearby. Funny in hindsight, less so at the time!

Over the next few weeks in the sweltering Australian Summer heat I did my best to prune back the trees into something that looked like the plantations I’d seen in photos. I was stung by ants, wasps and bees, bitten by spiders, mosquitoes and march flies, poked in the eyes, lashed across the face by branches and knocked off a ladder in shock when I uncovered a bat nesting in a tree. My neck ached from the constant craning to see into the foliage, my head ached from the heat and my arms became a patch work of cuts, scrapes and rashes. I thought the hard work was over. Man, was I wrong.

SEE ALSO: How To Be A Gringo On a Nicaraguan Coffee Farm

One of the tangled and beautiful coffee trees I pruned back.

Allowing the Coffee Cherries to Ripen

I hooked up an old irrigation system I’d uncovered while sifting through a pile of dried up cherries underneath one of the trees and set it on a timer. Now all I had to do was wait a few months, keeping the trees neat and tidy before they bloomed and started fruiting. I used that time to research picking techniques, processing methods and roasting. As the flowers started to bloom I realised a depressing truth – with no money to pay people to help me pick all of the soon to be cherries, there was no way I’d be able to pick them all before they became too ripe and started fermenting (coffee cherries are loaded with sugar). I could have avoided weeks of insect bites and sunburn if I’d just pruned a few trees. Still determined (more like pigheaded) to finish off my project, I marked the best looking four trees and waited for their cherries to ripen.

One of the trees in full bloom. Slightly jasmine scented and very sweet.

From blooms to cherries, finally, all that remained now was to let them ripen before picking and processing could begin.

Picking is just as exhausting as pruning and a whole lot stickier. I found using my gloves didn’t work. I kept on bursting cherries open and sending the beans flying out into the garden. The insects returned, drawn by all the hyper-sweet cherry nectar and the heat took even more out of me. Picking is time sensitive and unlike pruning, I felt I couldn’t take as much time off between shifts in case the cherries I’d picked fermented too much. Two and a bit days later I had just over four kilos of perfect, red little coffee cherries. Just four kilos after all that work!

The pulper in all its glory, waiting eagerly to gobble up my little harvest!

Now it was on to floating, pulping and fermentation. If you drop coffee cherries in a tub of water, any defective ones will float. To my horror, about a third of mine did just that – each step of the way, my harvest was getting smaller. After pulping the cherries, I placed the beans in a bucket of water to ferment and help remove the sticky layer that surrounds the beans – called mucilage. I let them ferment for a relatively short fourteen hours, scared I might overdo it and lose even more. After that I rubbed the beans between my hands to make sure the stickiness was gone and blasted them with a hose through a large pasta strainer to make sure they were clean. I placed the beans on the raised beds the owner had on site and turned them five times a day for the next week until  they had dried adequately.

The first time I’d used a hair dryer in years – blowing away the broken parchment after hulling the beans.

In keeping with my consummate professionalism, I stuck the parchment (the hard outer layer that surrounds the beans at this stage) covered beans into my Mum’s food processor with a plastic blade and blasted them until I had clean green beans left over. I’d done it! I had single handedly produced green coffee!

The Roasting and Brewing Stage

I borrowed a friend’s sample roaster and took them a little past first crack. Now came the moment of truth. I readied my brew kit, ground up some of my precious haul and made myself… a distinctly average cup of coffee. I tried again and again but soon I had to accept that my efforts had produced fairly low grade coffee.

These four images show the progression of the beans from the dried parchment stage to the roasting stage. I roasted a small sample in a pan before getting hold of a sample roaster, hence the silverskin left over on the roasted beans.

What did I learn from all this? Producing even a single coffee bean is incredibly hard work. Producing a kilo of just OK coffee is even harder. I can only imagine what it takes to produce specialty coffee. The work done back at origin by the farmers, pickers and processors is not given anywhere near enough credit. The incredible specialty lots we enjoy every day from Ethiopia, Panama, Colombia and so many other developing, coffee producing nations are not happy accidents; they are the product of decades of research, expertise and back-breaking labour. Ever since this experience I’ve appreciated coffee in a way I never thought possible.