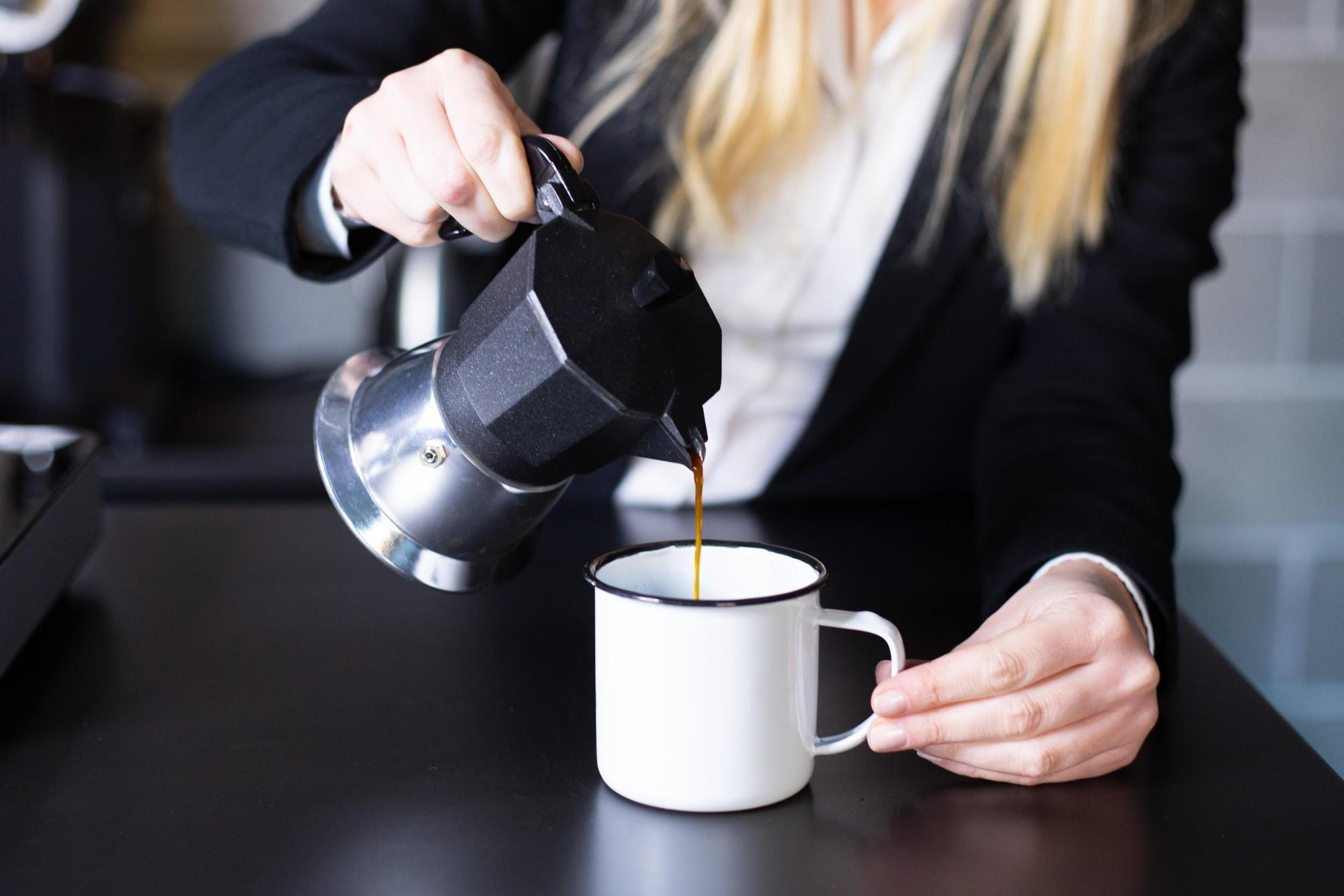 For many, Italy brings to mind fashion, art, cinema, food, cars, motorcycles, and coffee. Italian coffee culture has a rich heritage, as the country was an early coffee importer and the birthplace of espresso.

Whether it’s visiting an espresso bar in the morning or drinking coffee to put the finishing touches on a delicious rich meal, in Italy coffee consumption is an historic, time-honoured ritual. It’s one that Italians are proud of and attached to – despite the growth of third wave coffee culture in most major coffee consuming markets around the world.

To learn more, I spoke to Daria Illy from illycafè, Chiara Bergonzi from Lot Zero, and Emanuele Dughera from Slow Food International’s Slow Food Coffee Coalition. They told me about Italian coffee culture, and why the country has been slower than most to welcome the third wave of coffee. Read on to find out more.

Italy and coffee: An iconic pair

Venice was one of the first European ports to import coffee beans in the 16th century. Trieste, one of the early hubs of coffee trade, is known as “the City of Coffee”; Naples is regarded by many as an historic coffee culture capital of the world.

But it was the invention of espresso in the late 19th and early 20th which truly sealed Italy’s global reputation for coffee. Today, espresso is a symbol of Italian national identity, widely adopted in all its forms by the rest of the world: lungo, ristretto, macchiato, caffè latte… the options are endless. The small, elegant espresso cup is widely perceived as the quintessential coffee vessel.

After this, “classic” brands like illycaffè and Lavazza – two of Italy’s largest roasters and global suppliers of roasted coffee – helped in no small part to cement Italy’s reputation as a key trendsetter for global coffee consumption.

Social interaction is also famously at the heart of Italian coffee culture. Daria Illy is the Coffee Culture Director at illycaffè and the granddaughter of its founder. “In Italy, ritual is king,” she says. “The idea is that you don’t drink coffee alone.”

Chiara Bergonzi is a latte art champion, international judge, SCA educator, roaster, and the founder of Lot Zero in Milan. She agrees with Daria: “We don’t go to the bar to drink a product, we go for the ritual.”

What does the Italian consumer look for?

According to Chiara, the standard Italian coffee consumer looks for “strong, bitter, and cheap espresso”, and values “a famous brand and the glamour that it carries”.

She explains that there is no particular expectation on the taste of the product.  Consumers tend to prioritise location, relationship with baristas, and the overall proposal of food and coffee. For many Italians, coffee is more about the social experience than the beverage itself.

Daria, however, defines the ideal drink as a concentrated beverage with a kick to it and a thick layer of crema. “Espresso is the maximum expression of coffee,” she says. “It is a powerful concentrate of all the tastes within it.”

It is reported that an astounding 70% of Italian consumers drink espresso; it is the second most consumed beverage in the country, after water. Italians commonly refer to it simply as caffè (coffee), as espresso is the standard type of coffee one would order.

The third wave has struggled to take off in Italy. Why?

Italy remains broadly traditional in its tastes and habits where coffee is concerned. Chiara tells me that many Italians will drink a specific brand of coffee because it is what their grandmother used to drink. As such, compared to most other EU countries, the third wave of coffee has been slow on the uptake in Italy.

My interviewees pointed out a number of key reasons for this.

“People expect it to be [cheap] and don’t understand why they should pay more,” Chiara says. “When the price increases, they grumble.”

She tells me that the price of an espresso in Italy should not exceed 1 euro; the highest average espresso price in the country is in Bologna, at around €1.10. Over 100 years ago, the Italian government imposed a maximum price on certain living necessities, including coffee, and the concept of a restricted price for espresso has continued to this day.

When the price went up during Covid-19, Chiara says that there was national uproar.

“The media went crazy, accusing baristas and cafés of being insensitive by increasing prices during a hard time,” she says.

According to her, these rigid expectations on low prices in Italy are because a lot of consumers still don’t understand product differentiation as far as coffee is concerned. Specialty coffee is more expensive, and therefore less attractive to many.

Chiara believes that the only way to get past this is by raising awareness. “If you break down the specialty concept and explain the reason behind the higher price, the customer will understand,” she says.

“The barista plays a crucial role here, as the relationship and trust with the customer is already there. The only way forward is to change the mind of the customer and that of the next generation through a discussion on what is behind the cup.”

“Most people drink coffee in the morning, in a hurry,” Chiara says. “They don’t hang around. It’s very fast; there is no time to savour and relax into the experience.”

This focus on speed lends itself more to espresso and less to filter coffee, which is another prominent fixture of third wave coffee culture.

Emanuele Dughera works on Slow Food International’s Coffee Coalition Project. He tells me that he feels Italians have lost the ritual of savouring and sharing stories and experiences in the coffee shop, which is another crucial part of third wave coffee culture.

“We are frequently in a rush, and sometimes time is a luxury,” he explains.

It was in Italy that the concept of an arabica-robusta espresso blend was first invented. Before this, however, mainstream Italian roasters relied on cheap, low-quality robusta; according to Chiara, this has naturally shaped many Italians’ palates.

“It is bitter and flavourless, and there is zero fruit or acidity,” Daria says. She also adds that Italians are used to burnt robustas, or “what we call in the profession gomma bruciata (burnt rubber)”. illy took a big step towards changing this when they offered 100% arabica espresso to the market.

Chiara describes this as a huge step forward, but notes that a “classic” flavour profile is still favoured.

“[In general], the beans are very good for commercial coffee, but the roast profile is not quite there yet,” she explains.

Moka and espresso are the brewing methods of choice in Italy. “We mainly drink espresso coffee and milk-based coffee drinks,” Chiara says. “We don’t consume much filter coffee like in other countries.”

Italians often associate filter coffee as being “weak” rather than offering more subtle and complex flavours. As such, Daria says that when illy launched a cold brew product a few years ago, there was a poor initial reaction from Italian consumers.

Third wave coffee offers much more breadth as far as brewing methods are concerned, but as long as awareness remains low, there may be a reluctance to embrace new options.

Coffee in the restaurant

Italian chefs and consumers know all about the complexities of their wines and their dishes, and wear this as a badge of honour. But what about coffee’s role in the restaurant?

For Daria, there needs to be more of a focus. “Coffee is not given nearly as much attention as the rest of the meal, even though bad coffee can erase the memory of an excellent meal,” she says.

Emanuele believes that there is often a lack of knowledge in the Italian restaurant sector when it comes to pairing coffees.

“It is important to know the variety, who produced it, where, and how,” he says. “We need awareness of the many steps, jobs, and workers that are needed to bring a good cup of coffee to our tables if we are to truly appreciate it.”

For the most part, restaurants buy from larger, more established roasters, such as illy, which make up a core part of their business. “Our backbone has always been the restaurant and bars,” Daria says. “illy uses a commercial approach that raises coffee quality to an extent while still appealing to the mainstream.”

As third wave coffee culture has struggled to make inroads in Italy, compared to other major consuming markets, there is less of a focus on key discussions about sustainability and quality in the coffee supply chain. Despite this, Chiara remains hopeful.

“Even if it is happening slowly, the change is already in progress,” she says. “Companies are gradually changing their attitude and teaching customers what is important.”

Alongside this, she says mainstream roasters are starting to make a real effort to offer better products in terms of quality.

Daria tells me that her grandfather’s dream, when he started illycaffè, was to teach baristas and consumers worldwide to make a “perfect” coffee.

“Our palate needs to be educated,” she says. “We have a role, and a responsibility, in training the Italian palate to appreciate better coffee.”

Promoting better quality in coffee helps to raise awareness about social and environmental responsibility across the supply chain.

Coffee brands, organisations, and individuals like illy, Slow Food International, and Chiara are effectively becoming educators for the mainstream, with the hope of changing the way people think about coffee quality and sustainability in the country.

To this end, Daria says illy has a “university of coffee” that trains both professionals and consumers. They are also committed to educating consumers about quality, taste and responsible consumption. They have even started to offer a sustainable paper-based pod, acknowledging that capsules are one of the most popular ways to enjoy coffee at home.

Emanuele explains that the Slow Food Coffee Coalition was created to address this lack of knowledge.

“It is an inclusive, universal and open coffee network founded by Slow Food and Lavazza, based on the belief that consumers deserve the opportunity to better understand and appreciate coffee in all its aspects,” he says.

Their goal, Emanuele says, is to unite players all across the coffee supply chain in search of systemic change.

Italy’s rich coffee heritage cannot be understated; it has revolutionised the coffee sector more than once, and shaped global coffee consumption in a number of ways.

Despite this, coffee’s growing third wave doesn’t seem to have taken hold in Italy, at least not in the same way it has elsewhere across Europe. Tradition, palate, and price all have something to do with this, but things are changing – even if slowly.

“Italians love excellence,” Chiara says. “And when they become aware of the potential, they will seek it in coffee – just as they do in food, wine, and fashion. The interest in the story behind the cup will come after that.”

Enjoyed this? Then try our article on the history of Italian espresso.

Sarah does all things communication in the context of sustainable and ethical development activities. Loves to write. Always up for a challenge. Fuelled by good coffee!

“I want to help inform people”: What does it take to be a coffee influencer?
Exploring coffee culture in Iran
The science behind adding salt to coffee
Exploring the compostable coffee capsule market