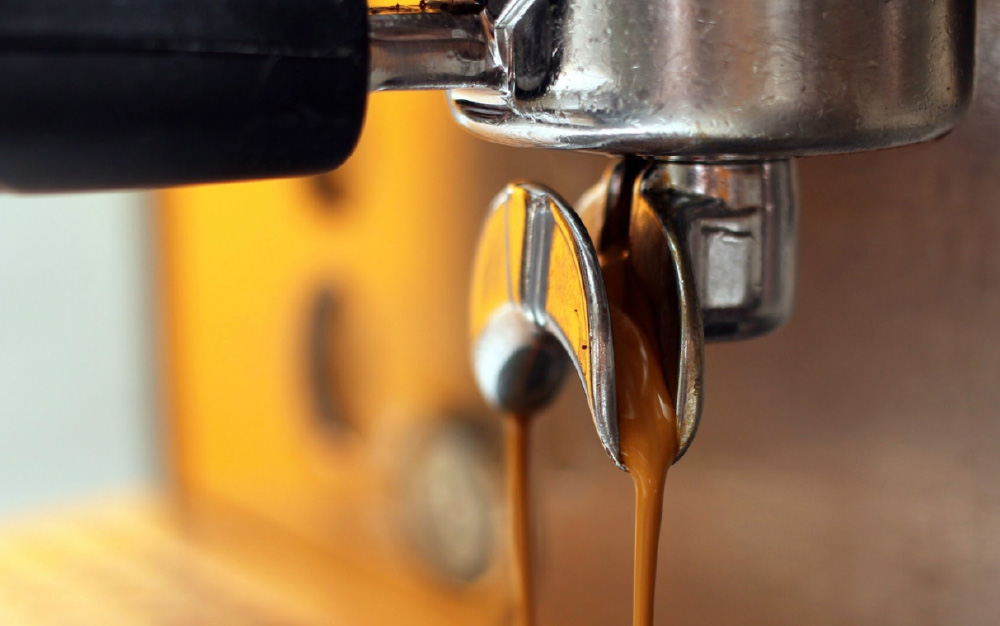 While many of these changes are what one would expect (greater convenience and more automation, for example), others have been focused on making good espresso more accessible for the home coffee consumer than ever before.

So, to learn more about how home espresso machines have changed, I spoke with Christian Badon, the owner of 1521 Beverage Corp. in Cebu City, Philippines, and Lauro Fioretti from the Knowledge and Education team at Simonelli Group. Read on to find out what they said.

You may also like our article on which type of home coffee machine is right for you.

While there have been all manner of changes in the past few years, there has been one major development in home espresso machines: extraction is now of higher quality and more affordable than it ever has been.

This has taken shape in a number of ways. Specific developments include improving temperature stability from the boiler to the grouphead, and more reliable and steady pressure systems.

Beyond this, there is broadly a better degree of control, too. Home machines now give consumers the power to influence their brewing variables in more specific ways.

Pre-infusion is where the machine distributes water into the espresso puck at a low pressure (around 2 to 4 bars) just before extraction begins. When you wet the puck, the coffee grounds are less likely to become damaged or disturbed when full pressure is introduced. This subsequently decreases the risk of poor extraction, and improves the sensory profile of your espresso.

In line with an increasing focus on pre-infusion, flow and pressure profiling have also become more accessible on higher-end machines. Adjustable valves between the boiler and grouphead allow the user to control the speed and timing at which water passes through the puck, while also regulating pressure.

These adjustments can typically be made via a touchscreen or app, allowing home baristas to easily pinpoint specific levels of acidity, body, and sweetness, or experiment with previously unexplored flavour profiles

Another emerging trend we’ve noted in home espresso machine design is a focus on saving time. Better heat distribution means that more machines are minimising the amount of time that home baristas have to wait between pulling a shot and steaming milk.

For most newer machines, this wait time has either decreased or eliminated entirely. This is largely thanks to increased boiler capacity and improved heat exchanger systems.

These technologies maintain the pressure and temperature in the boiler for a longer period of time, meaning that the water doesn’t cool down. This keeps the machine hotter for longer, while also saving energy.

Finally, there has been a notable move towards vastly improved steam wand technology. There has been a particular move towards double-walled, cool touch steam wands on newer home machines. These are broadly safer for home users (who may well not as experienced as professional baristas) as they are less likely to scald themselves.

The power and control in steam wand technology has also seen a number of upgrades over the past few years. This supports a more consistent, stable, and higher-quality microfoam for a range of beverages.

Lauro Fioretti has over 20 years of experience as a technician in the coffee sector. He currently conducts training courses in technical services and works in project management, developing machines and grinders with Simonelli Group.

He tells me that a recent focus for the machine manufacturer has been the increasing demands of the home consumer audience. Environmental awareness has long since been on the agenda for this market, and has rightly become a priority for manufacturers, too.

As well as incorporating environmentally friendly technology (such as the Eagle One Prima’s New Engine Optimisation power management system), Lauro notes that the longevity of the machine is a priority, for both home and professional customers.

“It’s not something you use for two or three years and then buy a new one, creating more plastic,” he explains. “We try to build something that is solid and professional… something that can last for many, many years.”

Price ranges & how they have changed

He tells me that despite the aforementioned range of changes, the price brackets for home espresso machines have largely remained similar since the release of our last guide in 2015.

Selections in this price range are limited. You can expect more semi-automatic than fully-automatic machines, as well as the less common manual or lever-operated espresso machines.

However, there is one main conclusion for this price bracket: extraction is likely to be noticeably less consistent in machines that cost less than US $500. Specialty coffee consumers will therefore be able to discern a significant difference in quality.

Features will likely be limited, extraction can be poor or inconsistent, and you will generally struggle to create coffee shop-quality espresso.

Another major concern is longevity. Machines in this cheaper price bracket may not last longer than a few years if used regularly, especially those at the lower end.

Ultimately, it will often be worth spending more initially, as a machine of better build quality will last much, much longer. The higher initial outlay will pay itself back over time.

These are standard home espresso machines that deliver reliable extraction and steam milk at a good level. While they may be less suitable for pulling a high number of shots in a short period of time, they are a good choice for home consumers who want to drink barista quality espresso at home.

At this price point, you can generally expect some kind of PID control, a single boiler (typically but not always), and comparatively low power requirements.

You should also note that even though one boiler is more common than two at this price point, heat retention in home espresso machines is better than ever.

Some machines (such as the Rancilio Silvia Pro, for instance) will come with a digital display, and other automated or digital features. In addition, while integrated burr grinders are less common at this price point, they can be found (more so along the upper end of the bracket).

Examples other than the Rancilio Silvia include the Gaggia Classic Pro, the ECM Casa V, and the Barista Pro by Sage/Breville.

Most single-group Rocket Espresso machines fall into this category, with the Appartamento being one of the most popular. It uses a single heat-exchange boiler system with a heated group head, and allows for full manual control of most brewing variables. Its stainless steel design and compact size mean that it fits well in most kitchens.

Other notable examples include:

The Nuova Simonelli Oscar II also fits in this category, featuring a heat exchanger, volumetric programming, and a 58mm portafilter.

Alongside this, you have another machine, the Nuova Simonelli Musica, which features a heat exchanger, a 58mm portafilter, and pre-infusion programming.

Both are built well and can consistently be used in small cafés and pop-ups, but function perfectly in a home environment.

For expert home baristas, beyond the mid-range price bracket, you can spend more to really reach the peak of what home espresso machines have to offer. This is the point where these machines start to reach commercial performance levels.

These machines can extract espresso and steam milk at the highest performance levels, and would suit smaller coffee shops as well as highly dedicated home consumers.

Most of these high-end prosumer espresso machines include integrated displays, timing systems, and ergonomically-designed controls that give the user precise control over their brewing variables.

Examples of machines in this category include:

In the past six years, home espresso machines have come a long way in terms of improved functionality and technological development. Changes include advanced heat exchange systems, cooler steam wands, improved boiler design, and a broader move towards digital interfaces. These are inspired by a number of wider trends in the coffee sector, including environmental sustainability, energy efficiency, and equipment longevity.

Ultimately, the best espresso machine for you will depend on your budget and experience level. If you’re just starting out, a lower-end machine may be suitable. In contrast, for the expert “prosumer” home barista, a more complex piece of equipment could be what you need. Use this guide to determine which features you’re looking for and proceed accordingly.

Enjoyed this? Then read our article on how to make barista-quality espresso at home.

Grinding for espresso at home
Discovering The History of The Espresso Machine at MUMAC, Italy
Which Is The Best Non-Dairy Milk For Specialty Coffee?
How Grind Size Can Help You Brew Better-Tasting Coffee