Perfect Daily Grind > Drinks Explained > What Is The Café Cubano?

All across Latin America, coffee producing countries have traditional ways of preparing coffee that have been passed down from generation to generation. The café cubano, which originates from Cuba, is one such example.

However, while the cubano (also known as a Cuban espresso) was invented in Cuba, today, it is regularly drunk elsewhere. Today, it can be found across the world in areas that have a significant Cuban population, including cities in Florida such as Miami and Tampa.

While the drink might look similar to a regular shot of espresso at first glance, a café cubano is prepared in a very different way and has a unique flavour. Read on to find out the cubano and its history.

You may also like A Guide to Miami Coffee Culture

While the cubano originated in Cuba, its growth and popularity over the last few decades can largely be attributed to how the drink spread beyond the island.

After the Cuban Revolution in 1959, a significant number of Cuban citizens relocated to the US, with many settling in Florida in particular. Today, Miami has one of the largest Cuban communities in the world; of the city and its surrounding region’s estimated 6.2 million people, it is estimated that more than 1.2 million are of Cuban heritage.

‌‌Martin Mayorga is the CEO and Founder of Mayorga Organics. He grew up among Miami’s Cuban community after his family fled Nicaragua. Martin tells me that he remembers seeing adults drinking cubanos all around the city while sharing stories about Cuba. He tells me that this taught him more about the country’s culture and its coffee, which he says he enjoys to this day.

Martin says that the cubano combines concentrated coffee with lots of sugar to create a syrupy, full-bodied drink. Often, demerara or natural brown sugar is used, and it is whipped together with the first few drops of the coffee to give the beverage a more viscous mouthfeel. And while the shot used in a cubano can be made with an espresso machine, traditionally the drink is prepared using a moka pot.

To prepare a cubano, Martin says that he first adds plenty of sugar to a small cup. He then brews a concentrated amount of coffee in a moka pot. After this, he adds the first few drops of coffee to the cup, whipping it with the sugar to form a kind of “faux crema” called espumita. After brewing the rest of the coffee, he adds it to a separate cup and subsequently spoons the espumita over it.

David‌ ‌McLennan is the founder‌ ‌and‌ ‌co-owner‌ ‌of‌ XO‌ ‌Espresso‌ ‌Bar‌ in Miami. He tells me that people often prepare variations of the cubano, which include the cortadito (a cubano topped with steamed milk), the colada (three to six cubano shots added to a larger Styrofoam cup which is then shared among multiple people), and even a Cuban café con leche.

The cubano should be made with a dark roast to bring out the sweetness and intensity in a coffee. Martin says that historically, the cubano has been made with a Brazilian robusta or another inexpensive coffee.

However, today, Martin says he prepares a “modern” cubano using a denser and naturally sweeter coffee. To this end, he says Mayorga Organics has created a blend specifically for making a cubano, which uses organic coffee from Honduras, Peru, and Nicaragua.

Martin says this delivers a cleaner cup, and that during roasting, they focus on developing the sugars in the coffee for a long time at reasonably low temperatures.

For the cubano served at XO, David says that he uses a dark roast with beans sourced from Colombia. He says that while dark roasts do work well for the cubano and are balanced by the sugar that’s added, he doesn’t think the coffee should be roasted too dark, otherwise it risks losing its distinctive characteristics and flavours.

He says that for Cubans and other Latinos, coffee is often associated with family and friendship. Consequently, this means that traditional drinks like the cubano don’t tend to change much, as their recipes are passed down through generations. For instance, people are used to drinking the cubano beverage in a certain way, and have done so for decades.

David tells me that he never realised the extent of the drink’s popularity until he moved to Miami. Once he realised its popularity, he added it to his menu.

“I’m a firm believer that wherever you are in the world, you should embrace what’s popular in local culture,” he says. “Miami has a huge Central and South American influence, so it made sense to add these drinks to the menu.”

To help the cubanos at XO stand out, he tells me that he switches out the brewed coffee for a double espresso shot. “It’s quite strong but also very sweet. People love it.”

On the surface, the café cubano might seem to be at odds with third wave coffee culture; it is typically made with dark roasts, sweetened with heaps of sugar, and generally made with concentrated coffee brewed in a moka pot, rather than espresso.

But this doesn’t mean that specialty coffee should neglect or ignore it; this beverage’s dedicated audience means that it has a place in the coffee sector, and that needs to be acknowledged.

Rather than adapting the drink for a different audience, baristas could actually benefit from trying a traditional cubano and thinking about what makes it popular. In turn, that will help them to understand its audience and appreciate that traditional coffee beverages like these have a place in the market.

Enjoyed this? Then read “Strong Coffee”: Definitions From Around The World

Ana is a colaborator based in Guadalajara, Mexico. 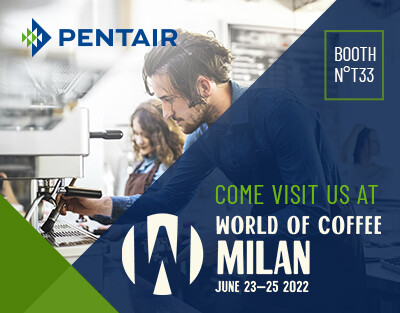 What Is A Mocha?
What is the pistachio latte?
What Is A Café Au Lait?
What's a Macchiato Coffee?