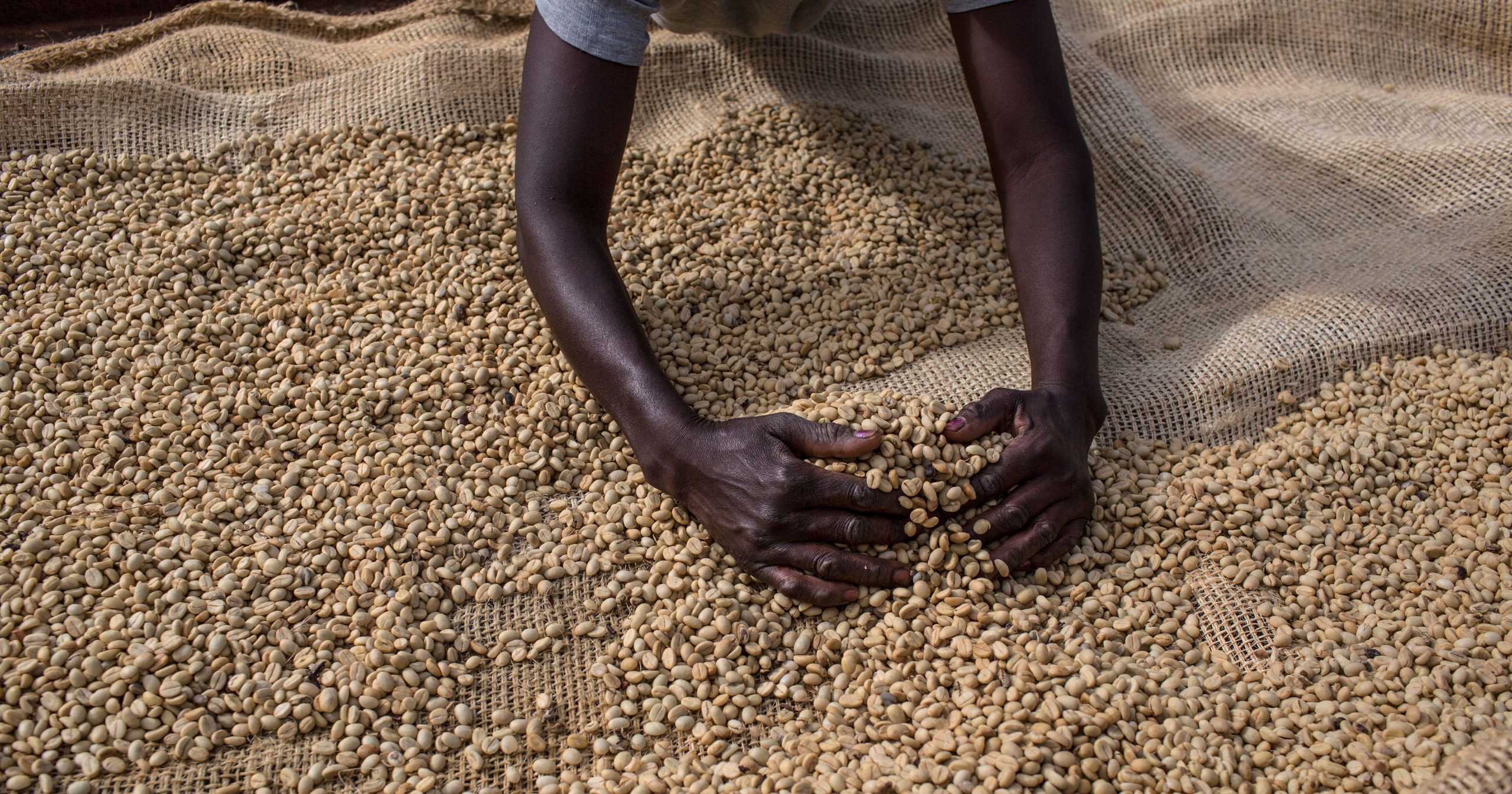 Mention the words “marketing agent” to a coffee producer in Kenya, and the reaction you get will vary massively. To some, marketing agents are responsible for driving low prices, and renowned for being self-interested; for others, they are the only possible route to guaranteed success and the best possible chance of selling an entire harvest.

In Kenya, marketing agents are individuals or companies who are contracted by farmers to present coffee for sale at the Nairobi Coffee Exchange (the country’s main auction platform, which states that it is where more than 85% of Kenyan coffee is traded).

During this process, however, marketing agents do not take on any ownership of the coffee; instead, they exclusively act as an intermediary. Many farmers feel that marketing agents promise the farmers an equitable share of the sale price and higher profit margins to land lucrative marketing contracts, but ultimately change very little.

Here’s how marketing agents fit into the current picture in Kenya’s coffee sector, why they experience conflict with farmers, and what can be done to resolve these issues.

You may also like What Do Producers Value in Green Coffee Bean Buyers?

What Are Marketing Agents & What Do They Do?

A marketing agent is any person who is authorised and licensed by the Agriculture, Food & Fisheries Authority (AFFA) of Kenya to offer coffee for sale at auctions held at the Nairobi Coffee Exchange (NCE) on behalf of farmers and other coffee growers.

Kenyan farmers choose their marketing agents once a year, with the term of the contract generally starting in early October. This is in time for the harvest season, which runs from November to January in Kenya. Around this time, an annual general meeting will be called by farmers or managing members of a co-operative, where representatives from various marketing agents will be present.

Some, however, claim that marketing agents will meet with co-operative management ahead of time and bribe them to win these contracts.

David Warui is an independent estate owner and coffee farmer. “These so-called agents are just a cartel,” he says. “They are ruthless and they don’t really care about the plight of the farmers.”

He says that marketing agents even interfere when co-operatives come to elect new management staff. “These people are very dangerous,” David tells me. “They come and pay hooligans to ensure that the elections are interrupted and this means that they have time to install a puppet.”

David adds: “They like to have someone who will always award them the marketing contracts for each year… in some cases, there might even be injuries or deaths. Police usually come to quell the tensions. There are people who can’t be allowed to lead these co-operatives.”

How Do Marketing Agents Work With Farmers?

Marketing agents are paid a fee from the final sale of green coffee to take it from the farm to auction and sell it. This fee is taken from the payment made on purchase of the coffee at auction.

Once an agreement is in place, marketing agents automatically acquire the rights to sell these producers’ coffees at auction. However, in order to make an agreement, two criteria must be fulfilled: firstly, the agents are required by the law to insure the coffee they hold, and secondly, they must have a bank guarantee of between US $1,000,000 and $12,000,000.

Once everything is in place, the marketing agents will prepare sales catalogues detailing the green coffee lots that they intend to offer at the auction. They then draw and present representative samples to prospective buyers (generally around 9kg).

Once the sample is verified and confirmed, the agents then auction the coffee on behalf of the farmers. While these marketing agents act as auctioneers, it’s important to remember that they are always representing farmers, and technically acting on their behalf.

Once a lot is purchased, marketing agents will prepare invoices for the buyers and receive payment from the traders who have purchased it. They then prepare and remit warrants to the trader who has purchased the lot; the warrant is a document issued by the agent which effectively shows ownership of a certain lot of green coffee.

After these warrants are issued, payment will then be processed. Agents are then responsible for depositing the payment into a co-operative or farmer’s bank account – minus their fees for taking the coffee to auction.

In addition to this, marketing agents are also responsible for warehousing the coffee while it is in Nairobi, which is where it will stay until it is auctioned and paid for.

In some cases, marketing agents will also directly trade coffee to overseas buyers, but this is considerably less common than the auction model.

James (whose name has been changed to remain anonymous) has worked with coffee marketing agents in the past. He says: “This is one way of [controlling prices] in the market, since the coffee won’t be subjected to various bids which would raise the price and subsequently benefit the farmer.

“This benefits the agent, who sets their own prices. Sometimes, the farmer (who owns the coffee) won’t even be informed of the sale… they’ll just get a payout at a certain rate.”

While marketing agents do not own the coffee at any stage of the process, their custody of it while it is at the NCE makes it easier for them to influence its pricing.

“After the miller grades the coffee, he hands it over to the marketing agent. From here, 9kg of representative samples are drawn from each lot. This sample is taken to Nairobi, and displayed in the sample room. Each prospective buyer then gets 250g of this sample for analysis.”

The marketing agents are also the people responsible for valuing the coffees they offer at the auction. They also set reserve prices, which are supposedly decided in partnership with the farmers. James says that the reserve price is “the minimum price that the coffee should be bought at”.

However, he adds: “The reserve price is regularly not met. The coffee will be sold at a lower price because the marketing agents will allow it.”

He adds that the marketing agents sometimes even undervalue the coffee for their benefit.

“Sometimes the coffee is higher quality, but the [marketing agents] will make sure it gets a lower rating, just so they can [negotiate more effectively] at the auction or just offer the coffee directly to a buyer.”

Additionally, James says that generally, coffee marketing agents enjoy a lack of any real scrutiny and a lot of freedom wherever payout rates and coffee valuation is concerned.

“Most of the time, the farmers do not even know how their coffee is valued or even sold. This means the marketing agents are more easily able to manipulate the prices.”

Will The Role Of The Marketing Agent Change?

The Presidential National Task Force on the Coffee Sub-Sector is advocating to abolish the position that marketing agents hold in the Kenyan coffee supply chain. This, they argue, will reduce the length of the value chain, which translates to lower overhead costs. In turn, this should directly benefit farmers by making them more financially stable and secure.

Most of these reforms, James says, are aimed at increasing the rates at which the farmers are paid.

“If properly adopted, these new regulations will diminish the influence and power that the agents hold over the coffee industry [in Kenya],” he says. “While having marketing agents is not necessarily bad, there are just too many loopholes that are exploited to the disadvantage of the farmers.”

David adds: “These people own everything in coffee, including the farmers. We hope the government will revise the participation of these agents; we can do without them.”

While not all marketing agents cut into farmer income, their role throughout the coffee supply chain in Kenya arguably makes them a difficult prospect. With the introduction of proposed reforms that will aim to put more control back into the hands of coffee growers, things could soon be changing for the better.

Nevertheless, the role of the marketing agent is a difficult and ultimately problematic one as far as the supply chain is concerned. At a time when coffee pricing is still a pressing issue for farmers worldwide, their place in the value chain must be acknowledged and discussed.

Enjoyed this? Then read A Coffee Buyer’s Glossary of Contract Terms

Peter is a contributor based in Kenya