Perfect Daily Grind > Café Management > What Is a Spanish Latte? 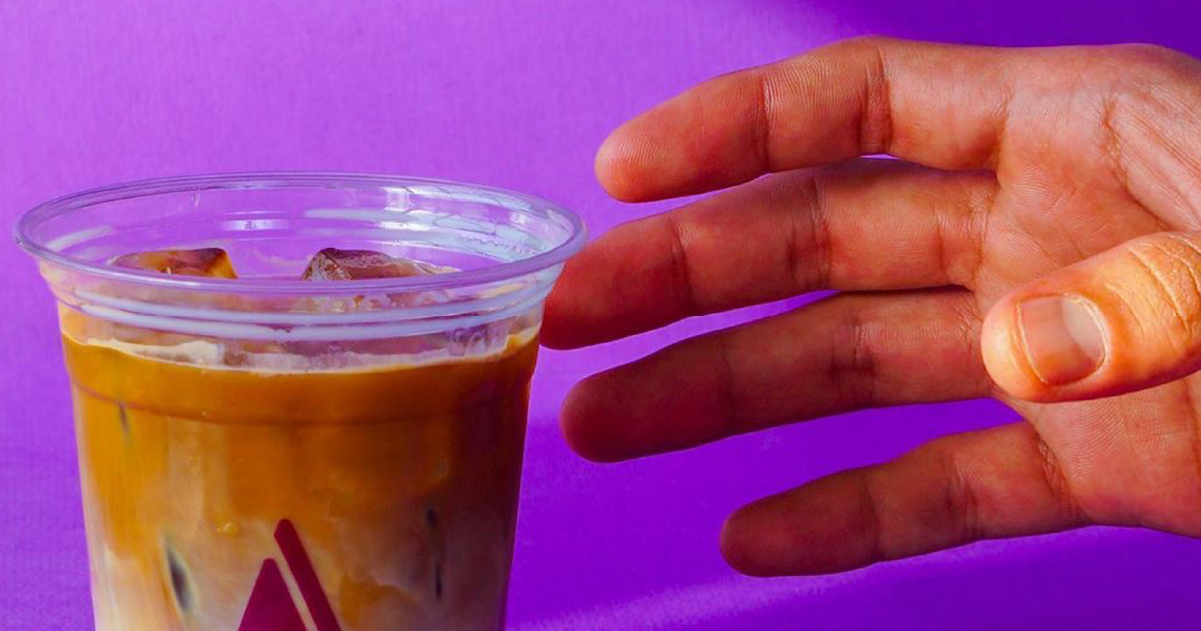 Enter a coffee shop and order a Spanish Latte, and you’ll probably get an espresso-based drink made with milk and condensed milk. However, visit other coffee shops around the world and you might have to ask for a Vietnamese Coffee or Café Bombón to get the same beverage – or something similar to it.

So, what exactly is a Spanish Latte, and how does it differ from other drinks? Here’s what usually goes into making one, what makes it popular in certain markets, and what place it has on specialty coffee shop menus around the world.

You may also like our article on what the flat white is & where it came from.

Baristas behind the bar at Arabica in Manilla, in the Philippines. Credit: Arabica Philippines

Where Does It Come From?

To get a better idea of what the Spanish Latte is and why it resembles so many other drinks, I reached out to four coffee professionals in Saudi Arabia, where the drink is currently a coffee shop menu staple.

I spoke to Osamah Al-Awwam, the Owner of The Roasting House in Riyadh and Manuel Torres, Head Roaster at Brew92 in Jeddah. I also spoke to Maria Pavani, Ally Coffee’s Middle East and North Africa Representative and Owner of Tres Marias Coffee Company, who is currently based in Dubai in the United Arab Emirates. Finally, I spoke to Faisal Alhamrani, who is the Owner of Kōhī Coffee Roasters, which relocated to Bangkok, Thailand in September 2022.

The Vietnamese Coffee (or ca phe sua da in its native country) is usually served in a short, clear glass and consists of condensed milk layered with hot, dark roasted espresso that is often Robusta coffee. It’s thought to have been invented as Vietnam wasn’t a milk drinking country, making condensed milk easier to acquire. The Vietnamese Coffee resembles the Café Bombón, which is a drink said to originate in Madrid, Spain that contains an espresso shot topped with condensed milk. It also resembles the El Pecado from Cuba, which is an espresso shot topped with condensed milk, steamed evaporated milk, and foam.

A notable difference between the Spanish Latte and other versions of the drink is that it can be served hot or cold – making it a refreshing option. Faisal says, “Vietnamese Coffee tends to use less condensed milk and only… a straight shot of coffee. In our Spanish Latte, we use a bit of milk, a bit of condensed milk, and the new trend is using specialty coffee so it’s a bit on the fancier side – although it tastes extremely similar to a Vietnamese Coffee.”

Where Is The Spanish Latte Popular?

The Spanish Latte is popular in Saudi Arabia. According to Foodex Saudi, an international trade exhibition dedicated to the local food and drinks industry, the country’s hot drink sector was valued at US $2723.1 million in 2017, thanks to the country’s growing coffee culture and increased consumption by its young population.

While coffee is relatively expensive for Saudi Arabians, coffee shops are still being opened all to meet the growing demand, creating Western-style outlets where young Saudis can gather and socialise. This generation of coffee consumers prefer coffee-based beverages that add milk and syrups. As a country that experiences high daily temperatures, the Spanish Latte is a natural fit, and Osamah says it’s a drink that’s “tailored to suit the hot weather in the Middle East by simply adding ice”.

For Maria, the Spanish Latte is the perfect way to introduce Saudi Arabians to specialty coffee. She says “I think it helps [the specialty coffee] community to reach people who aren’t really into espresso and black coffee, especially in a region where they have a special taste for sweet [drinks].” She adds that it’s the secret weapon being placed on local menus that could help ensure coffee shops remain successful by creating demand for specialty coffee.

While no official figures exist, Maria estimates that Spanish Lattes make up roughly half of all the sales in coffee shops across the United Arab Emirates. She adds that even if coffee shops don’t offer Spanish Lattes, some will offer their own version of it using honey or other syrups. This is because sweet drinks are popular and traditional offerings like coffee with milk or espresso aren’t always popular.

Does It Have a Place in Specialty Coffee?

He adds that because of this, entry into the coffee shop market is seen as easier than compared to other industries. In addition, the resulting influx of specialty coffee beverages on menus has facilitated the demand for third wave cafés to offer more unique drink selections.

Maria says that because of this, opening a coffee shop or becoming a barista is starting to be seen as trendy, and something that everyone wants to get involved in. Manuel confirms this, saying that “The third wave [of coffee] is bringing [in] these new drinks. It appeals to younger people who have never drunk coffee… it’s good for business – A new, relaxed and chill way to approach coffee”.

The Spanish Latte could potentially be a popular addition to coffee shop menus outside Saudi Arabia, thanks to its refreshing qualities and the fact that it appeals to the palates of younger customers. However, the quality of the coffee used could determine how popular it gets. Manuel says, “It’s very important to choose the right beans… If you have a really good coffee, the drink is going to taste really good.”

A Spanish Latte is made using a shot of espresso. Credit: Arabica Philippines

The Spanish Latte could make the perfect addition to your coffee shop menu – provided you recognise how it should be prepared. For Manuel, this means starting with a good green coffee (he uses a Colombian natural washed blend), creating a specific profile for the drink, not overroasting the coffee, and relying on a good recipe and quality ingredients.

Draw on the above guidelines to create your own take on the Spanish Latte and you’re sure to create an offering that’s popular on your coffee shop menu all year round.

Enjoyed this? Then read what is the pistachio latte?