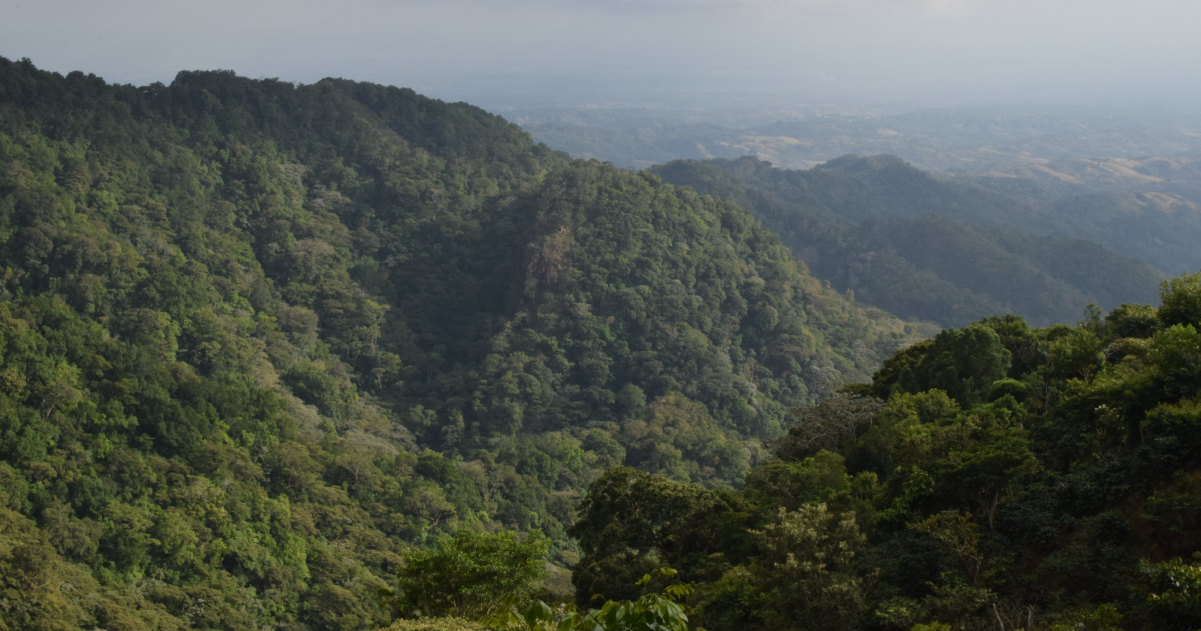 Last week, a coffee farmer received $1.10/lb, and they were happy. But today, they receive $1.15/lb and they’re disappointed. Why?

There are many reasons that could contribute to this, but one very common one is currency fluctuations.

The amount producers receive for their coffee not only depends on the volatile global market but also on exchange rates. Let’s take a look at how these affect the real value of what coffee producers are earning.

What Is The C Price?

The majority of the world’s coffee is handled as a commodity. These are generally raw materials that are assumed to have the same value across the board. This means higher-quality harvests from one country will be traded alongside lower-quality coffee from another, but treated as the same, costing the same price.

The centre for coffee trading is based at the Intercontinental Exchange (ICE), situated in New York. Here, the price of coffee, known as the C price is traded in US dollars (USD). Specialty coffee generally sells for higher prices, but those are still affected by the changes in the C price. Often, the price paid is the C price plus a quality premium.

The commodity market doesn’t follow simple rules, however. The prices are relative and constantly changing. Coffee is not solely bought by coffee professionals but also by traders who are just interested in profiting through buying and selling shares on the commodity market. This speculation can drastically affect the C price, since it artificially distorts supply and demand.

In theory, commodity prices should be a simple reflection of supply and demand. The supply of coffee can be reduced by poor weather, pests, conflict, and more, which should drive up prices.

In contrast, if there is a lot of supply or poor demand, prices should fall. In 2019, the C price hit its lowest point in a decade. Although there are different factors which resulted in this, a notable cause is the oversupply of coffee from Brazil.

The C price is set in US dollars, which means that the price negotiated for coffee, even if it’s specialty, is typically in dollars. However, with notable exceptions such as El Salvador and Ecuador, most producing countries have their own currency. This means that exchange rates also affect how much producers receive for their coffee. And like the C price, exchange rates are also always fluctuating.

The value of the USD, along with all other currencies, is therefore constantly changing. In turn, this directly affects the real value of the money being paid for the coffee.

The value of the dollar can also cause fluctuations in the C price. Otávio Sandrin, Commercial Coordinator at O’Coffee Brazilian Estates in Brazil, tells me, “If the US dollar is too high, usually the C price drops to compensate for the final price.”

You may also like: What Should We Have Learned From The 2001 Coffee Price Crisis?

Who Is Most Affected by Currency Fluctuations?

Coffee producers who are not exporters, such as smallholder farmers, will not experience the effects of the exchange rate in the same way. Instead, smaller producers will sell their coffee cherries or beans locally, which doesn’t involve the exchange of different currencies. Tim tells me, “they should be getting paid when they either sell the product to a dry mill and/or exporter or they have a contracted price at the handover of the product.”

However, producers at this level will be affected by the value of C price, which will cause the local prices that are paid at mills or cooperatives to fluctuate.

It is not solely producers and exporters in producing countries who are affected by these exchange rates. Green coffee importers will be affected because of fluctuating exchange rates and local prices, especially those who are not based in the US.

Tim tells me, “This also depends on the size of the company, but when buying green in USD (especially if their home country currency is different), they also have to purchase USD for this transaction.”

You may also like: Rethinking The C Price: Should We Change How We Price Coffee?

How Else Can Exchange Rates Affect Coffee Producers?

While payments to coffee producers are made in USD, all other payments are made in local currency. This is where problems can arise. From labour and tools to plants and machinery, there are many stages in coffee production that require equipment and resources. Their prices may also be affected by the exchange rate.

Otávio, who is based in Brazil, tells me how a weak Brazilian real means getting paid higher prices for coffee; however, it does come at a cost. Otávio says, “in Brazil, we import around 80% of our inputs (raw material and fertilisers). If we have a weak Brazilian real, our costs will be naturally impacted.”

If the local currency is weak, this results in imports of production inputs being very expensive. In turn, this can decrease profitability.

In Brazil in 2015, the Brazilian real hit a record low of just 4.0665 R$ to the US dollar. Although the currency’s value dipped, this meant better prices were paid to coffee producers. However, the weak currency also pushed up the cost of agricultural inputs, many of which are imported into the country. The exchange rate pushed the price of fertiliser up by 50% throughout 2015, which in turn brought down the profitability of coffee growers.

With currency fluctuations, for every high there is a low. Higher prices don’t come without extra baggage.

How Can Coffee Producers Protect Themselves From Exchange Rates?

Larger producers can gain access to the futures market. Through hedging, they can make future contracts which allow buyers and sellers to sign contracts on the current price of coffee, protecting it from fluctuating prices when it is paid for later down the line. ICE requires producers to produce a minimum of 37,550 lbs to access this market, resulting in the exclusion of many small producers.

Deals with private exporters are also an option for larger producers. Tim, founder of Yunnan Coffee Traders explains a system which they trialled in Yunnan, China which involved contracting 30 MT of coffee from a wet mill at an agreed price, on a three-year contract.

Tim tells me, “While we did have to put in some parameters if the market crashed or if it skyrocketed, what we found was that the wet mill received around 30% above local market rates for each year we did this… and we were then able to negotiate long-term contracts with roasters who agreed to a fixed price over three years as well.”

These kinds of larger deals may not be accessible to smaller producers. However, joining together with other coffee producers in cooperatives, for example, can be an option. Larger groups of coffee producers can benefit from creating large dollar amounts to local currency exchanges. Although this doesn’t protect from the fluctuations of exchange rates, it can ensure a better deal is made.

When we discuss sustainable prices, it’s important to remember that the C price is never as simple as it sounds. There are so many different factors which influence the price of coffee, from other commodities’ prices to how weak or strong a local currency is. And in turn, this affects how profitable a price really is for a coffee farmer.

Enjoyed this? Coffee Pricing: Why We Need to Know Farmgate And Not Just FOB

When not talking or writing about coffee, you’ll find Helena planning trips, out dancing with friends and probably practicing her Spanish. London, UK.

Producer Interview: Direct Trade Is a Two-Way Street
How Can Long-Term Relationships Increase Sustainability at Origin?
VIDEO Guide: What Is Coffee & How Is It Processed?
How Micro-Cooperatives Are Transforming The Kenyan Coffee Trade