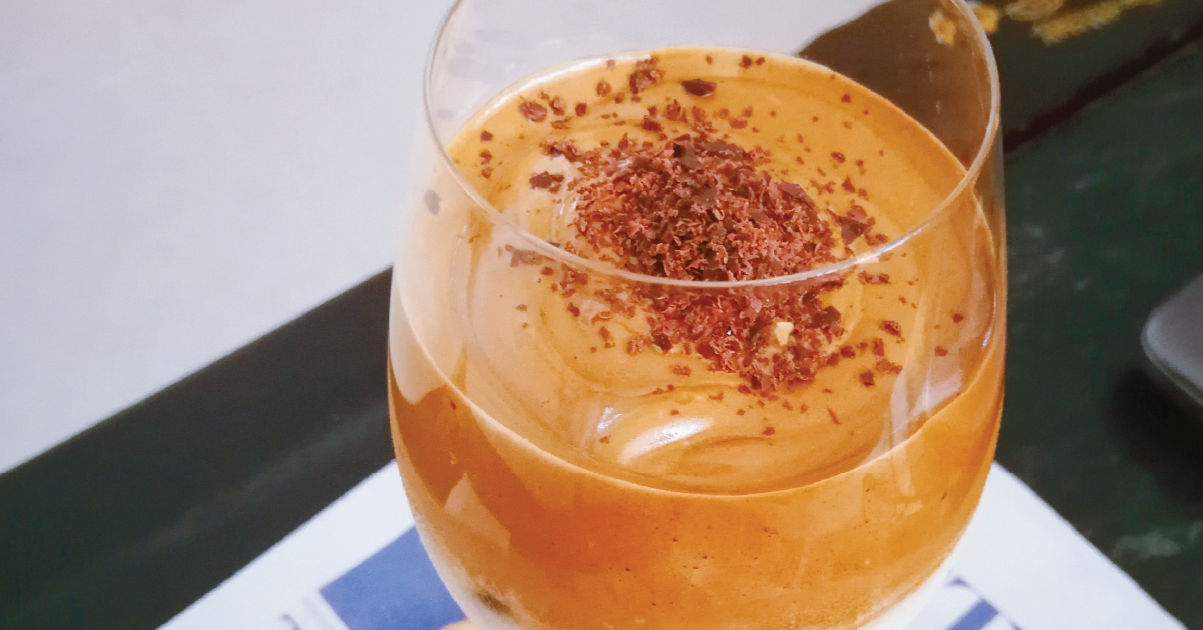 Spend any amount of time on social media and you’ll notice that the platforms encourage people to try out viral food and drink trends and create their own takes on them. Certain beverages become popular because of their unique appearance and the fact that anyone can recreate them at home.

In South Korea, this has helped pave the way for a revival of a homemade whipped coffee beverage called Dalgona Coffee. The drink’s unique frothy appearance has made it popular on Instagram and TikTok – and a current Google search query on Dalgona Coffee recipes will bring up over eight million results.

Here’s where the drink comes from, how it gets its signature appearance, and how the specialty coffee industry is reacting to it.

While Dalgona Coffee’s popularity has dramatically increased this year, it’s been enjoyed in other countries such as Macau and India for several years, where it’s better known as Phenti Hui Coffee, whipped coffee, or an Indian style Cappuccino. Its newfound title supposedly comes from the fact that the texture of the whipped foam topping the drink resembles a popular South Korean candy called Dalgona – a honeycomb candy made with sugar, oil, and baking soda.

A key difference between Dalgona Coffee and its Indian predecessor is the order in which both drinks are assembled. Phenti Hui Coffee is made by whisking equal parts coffee, sugar, and hot water in a bowl until the mixture dissolves and a light coloured foam is created. Once this is complete, more water is gradually added until a decent amount of foam is created. The foam is then added to a mug and topped off with hot water and milk, before being adjusted to taste.

With Dalgona Coffee, the foam mixture is usually spooned on top of a cup that’s been filled with iced milk and ice cubes, creating an attractive layered effect and a cooling beverage. Other versions have also been created, such as layering the foam over flavoured milk, flavouring and colouring the foam, or adding alcohol to the mix.

According to a video by James Hoffmann on the topic, the thick, long lasting qualities of Dalgona Coffee foam comes from the melanoidin compounds present in instant coffee – which are the same compounds responsible for creating the crema in an espresso. By combining the instant coffee with a viscous and concentrated sugar and water solution, the foam is better able to hold its shape – and the intensive whipping required creates fine air bubbles in the foam that allow it to float on a drink’s surface without disappearing.

You may also like French Press to Pour Over: How to Make Great Coffee at Home

What do Specialty Coffee Professionals Think?

When it comes to opinions on Dalgona Coffee amongst those in the specialty coffee industry, opinions are divided. Some, like Vanessa Lee, feel that it can be used as inspiration for other coffee-based beverages.

Vanessa Lee is a Café Consultant at Forbidden Bean, a specialty coffee consultancy in Hong Kong. She says Dalgona Coffee is “worth a try and [a] great inspiration [for] creative drinks.” She adds that it’s “ a good inspiration for a barista to explore the possibilities of creating different textures of coffee itself (rather than playing with milk or syrup all the time)” and that it’s a good example “of how the market is responding to an Instagrammable drink [rather] than a well-tasting drink, which I think this is a lesson all café owners and baristas should bear in mind.”

Others feel that the ingredients used in the drink could impact its quality. In his video on Dalgona Coffee, James Hoffmann says that a large part of the drink’s appeal is its simplicity. He cautions that it’s a preparation method, and that “what you get out of it is as good as what you put into it.”

With Dalgona Coffee taking off amongst coffee drinkers around the world, it’s natural that the specialty coffee industry would want to see if it could be reproduced using specialty coffee. However, this comes with its own set of challenges.

While pulling a shot of espresso might seem like the simplest solution, James Hoffman notes that a standard shot will still be too diluted. He adds that trying to reduce it using heat could release unpleasant flavours in the shot, while pulling the espresso shot through a chamber vacuum would reduce its volume, but risk losing some of the espresso’s aromatics.

Manual brewing could create better results, if not the exact same thing. The Space Roastery is a coffee roastery based in Yogyakarta, Indonesia. They’ve created a version of a drink which involves brewing one part freshly ground roasted coffee in an AeroPress with two parts hot water. They then add this mixture as well as one part sugar to a water bottle and shake it vigorously for ten minutes to create a Dalgona-like foam.

Pour & Twist, a manual brew bar in New Zealand, uses a similar method. They recommend adding fine ground, lightly toasted, single origin beans and water to an AeroPress. The separately whip maple syrup and cold fresh cream to a medium peak, before adding the coffee mixture to it, spoonful by spoonful – as the coffee’s acids will cause it to separate. While the result is no doubt delicious, they caution it’s not one suited to everyday drinking due to its richness.

It seems that manual brewing can create a close approximation of Dalgona Coffee – but that the foam created might lack the glossy texture and stiffness of the kind created when using instant coffee.

The circumstances surrounding Dalgona Coffee’s popularity are unique, so its future popularity in the coffee scene remains to be seen.

While it’s best made using instant coffee and doesn’t leave much room for specialty coffee experimentation, it’s an inventive way for coffee drinkers to maintain their interest in the beverage at a time when visiting their local coffee shop or roaster may not be possible.

Using freshly brewed filter coffee to make Dalgona Coffee isn’t recommended – and we don’t encourage you to swap out your daily filter coffee or espresso of choice for Dalgona Coffee either. Instead, view it as a fun recipe you can try once or twice if you have some free time  – just so that you can see what the fuss is all about.

Enjoyed this? Then Read How To Support Your Local Roaster During Social Distancing

Understanding the growth of coffee events in China
What is yerba maté?
Are specialty coffee shops becoming more common in airports?
Does green tea contain more caffeine than coffee?