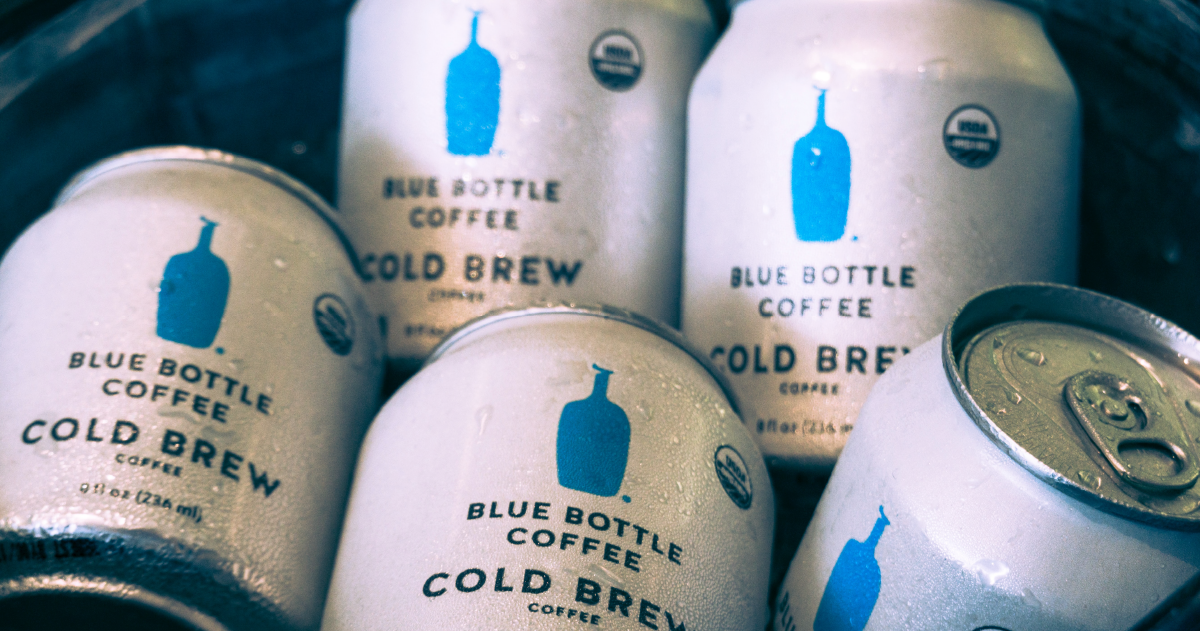 Cold brew is a popular drink in today’s specialty coffee market, with many consumers choosing it as an alternative to soda in the Ready To Drink (RTD) sector. Even beverage giants like Coca Cola, Illycaffè, and Nestlé have taken notice and created their versions of it.

With many of these cold brew products being sold outside of coffee shops, in places you wouldn’t typically expect coffee to be sold (such as convenience stores and gyms), it’s apparent the drink is reaching a wider market than ever before.

Here’s what the current demand for RTD cold brew looks like and the factors that have contributed to its popularity.

The international cold brew market has experienced explosive growth over the past few years. According to market research company Grand View Research, its market size could reach US $1.63 billion by 2025. Most of this growth will occur in North America, but the Asia Pacific region is also expected to grow from 2019 to 2025.

In addition to the cold brew market growing, Fortune Business Insights estimates that the global Ready To Drink (RTD) market could exceed US $36 billion in value by the end of 2025. This market consists of beverages that are sold in prepared form that can immediately be consumed. Cold brew forms a part of this market, as it’s widely available in RTD bottled or canned form.

There are signs that cold brew could soon become popular for a wider range of consumers. Josh Lamerton works in Commercial Sales for CoffeeWORKS, a specialty coffee roasting factory and equipment importer based in Bangkok, Thailand. He says, “Cold brew seems to be hitting the spot for millennials and Generation Z at present.” but adds that “Even as a stand-alone drink, more and more consumers are looking for in-trend refreshing beverages.”

You may also like How Cold Brew Captured The Millennial Market

Reasons For Its Growth

Cold brew’s market growth is being driven by several factors that are increasing its reach and popularity, as well as making it more accessible to a larger audience. Here are a few of the reasons for its growing demand amongst mainstream consumers.

As mentioned, the market for beverages that are pre-prepared and ready for consumption is growing. These RTD drinks can come in a shelf-stable or perishable format, are served in a can or bottle, and are usually refrigerated for the convenience of the consumer.

Customers are increasingly seeking out their coffee in chilled and on-the-go options, and brands are responding to the demand. According to Nielsen Innovation Measurement data, several new coffee products were launched to the US market from August 2018 until late 2019. 158 of these new products were RTD coffee offerings – with 89 of these being cold brew drinks.

A significant contributor to the popularity of RTD cold brew is the fact that it can be purchased outside of coffee shops, at convenience stores. For many years, people have relied on convenience stores to purchase freshly brewed coffee on the go, and in 2017, the American National Association of Convenience Stores found coffee to be a top seller at these outlets, making it well placed to sell RTD bottled or canned cold brew.

In addition to this, cold brew can also be purchased online for customers to enjoy at home. This allows them to enjoy quality coffee when and where they want it, without having to visit a coffee shop, invest in equipment and coffees, or negotiate the time-consuming brewing process.

Major Brands Are Offering It

The international beverage industry noticed the rising popularity of cold brew years ago, and many specialty coffee shops and coffee shop chains have been offering it as an in-store offering for some time now. However, many major retailers and brands have started entering the RTD cold brew market offering in an effort to reach a much wider consumer base.

In 2017, Nestlé purchased the USA’s top organic cold brew brand Chameleon Cold Brew as part of their efforts to acquire smaller brands that appeal to younger consumers. Two years later, Coca Cola purchased the UK’s Costa Coffee (which as of 2018 was the world’s second-largest coffee chain) with hopes to use it as a step towards penetrating the lucrative RTD and coffee market.

As the world’s largest coffee chain, Starbucks will be adding to its cold brew menu offering by selling canned Nitro Cold Brew from retailers and select US Starbucks locations later this year. Illycaffè are also launching their own RTD canned cold brew which they hope will be their “first handshake” with a younger generation of customers.

Several businesses have offered cold brew for some time now, and are using the RTD market to debut new products that dovetail with other specialty coffee trends or popular drinks. For example, Stumptown Coffee Roasters (who first introduced their cold brew to the market in 2011), has partnered with Swedish oat milk brand Oatly to offer their first shelf-stable cold brew product. In addition, Nitro cold brew makers Minor Figures have introduced a nitro infused chai latte product.

Specialty coffee roasters La Colombe has entered the hard coffee market, partnering with MillerCoors to create a canned malt liquor and cold brew concoction. In addition to cold brew brands expanding their existing offerings, alcohol brands like Jameson and Jagermeister have also latched onto the cold brew trends. Both brands now offer a version of their whiskeys that have been infused with cold brew, as a cold alternative to Irish Coffee.

The existing income, production capabilities, and distribution channels of major companies make it easier for them to enter the RTD market. As James Hoffman explains in his take on Coca Cola’s acquisition of Costa Coffee, “they’re very good at putting stuff in bottles, but they’re even better at distribution.”

Randy Anderson, a Cold Brew Industry Expert from Washington, DC explains that while many major brands have gone beyond market testing and are embracing high volume cold brew production, its relatively higher costs must be considered, as this could keep smaller brands from getting involved. “The viability question should be about cold brew as being profitable and able to sustain its premium pricing.

Consumers have never had a wider range of beverages to choose from, and this has resulted in many cutting back – or completely halting – their consumption of drinks that are considered to be unhealthy, such as sugary sodas and energy drinks. Gemma Kiernan is the Global Marketing Manager for Marco Beverage Systems and says that “several things have contributed to the rise in cold brew, over sodas, [including]… Health-conscious customers and more knowledgeable consumers who are looking to try something new.”

Consumers are turning towards RTD drink options that have colour and carbonation, but also offer transparent ingredient labels and functional ingredients. In its basic form, cold brew meets these requirements, as it’s less acidic than hot brewed coffee but still contains plenty of caffeine. It also possesses a natural sweetness but without added sugar or additives. It can also offer carbonation as nitro cold brew.

The global decrease in popularity of sugar-sweetened beverages could be attributed to the sugar taxes being put in place in many countries around the world to curb obesity and encourage healthier drinking habits. This type of tax is already in place in the UK, Malaysia, the United Arab Emirates, and South Africa. As a result, the UK has seen sales of sugar-sweetened beverages drop. This could mean that certain markets will be more receptive to cold brew as a soda alternative.

Instead of replacing other drink options, RTD cold brew is becoming viewed as an alternative that customers can reach for if they don’t feel like consuming a traditional energy drink or soda. Niko Prayogo is a co-owner of the Nectar Collective, in Jakarta, Indonesia. He says that “cold brew will not completely replace soda or fizzy drinks. However, it can serve as another alternative for those seeking a cold refreshing drink.”

The RTD cold brew market is flourishing. Large brands may have started to stake their claim in it – but there’s still space for smaller specialty coffee shops and businesses to get involved in offering cold brew.

The key to success here will be overcoming the challenges accompanying producing and selling RTD cold brew, being able to offer it where consumers are drinking it, and knowing where the drink might go to in the future.

Enjoyed this? Then Read Selling Coffee Online: A Guide For Roasters

Is Coffee & Music the Perfect Addiction?
Should you microwave coffee?
5 Weird Things People Put in Their Coffee
Exploring the syrups & flavourings market in the coffee sector