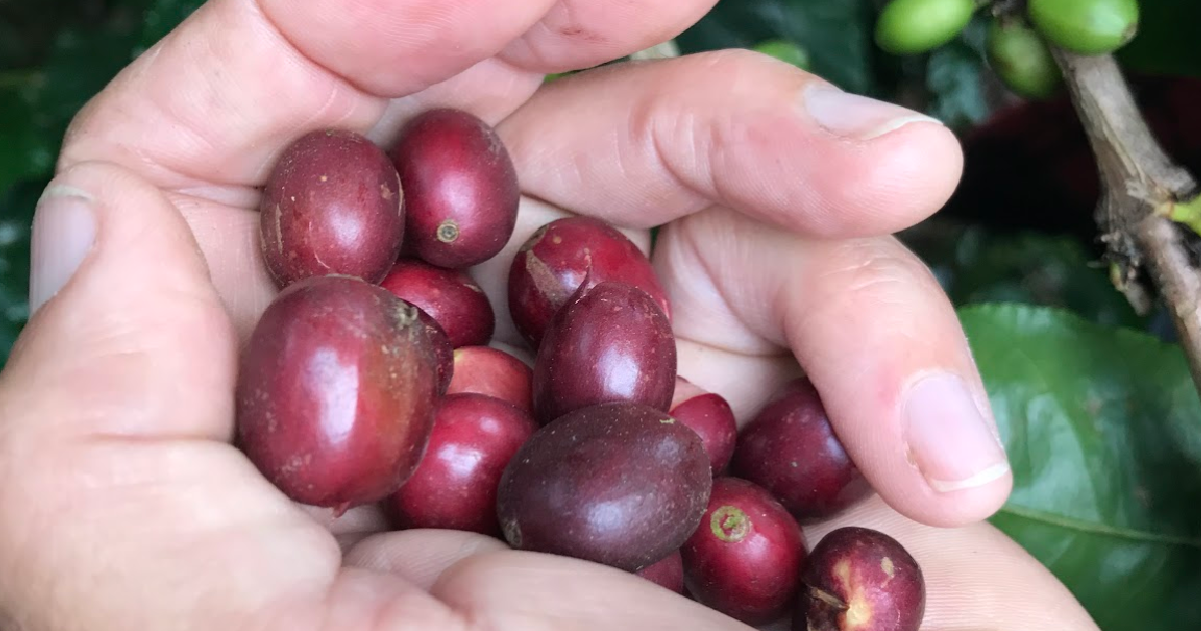 Coffee farm workers are the backbone of coffee production and the coffee industry at large. Without the presence of these highly skilled workers, producers would not be able to harvest their crops, and the rest of the supply chain wouldn’t be able to access the green coffee beans the world relies on for its coffee supply.

Both full-time farm workers and seasonal coffee pickers or cutters (referred to as corteros or cortadores in Spanish-speaking Latin America) face several specific challenges that can keep them from doing their work – or are resulting in them leaving the job entirely for better employment options.

Here are some of the challenges being faced by coffee farm workers in Central and South American countries and where a possible solution to the problem could be found.

You may also like Instability & Uncertainty: The Labor Market For Coffee Pickers

A section of coffee plants on a producer’s farm. Credit: Alejandra M. Hernández

Getting to Know Coffee Farm Workers

Several decades ago, Brazil relied on slave and immigrant labour to pick coffee, while in other countries, workers had their lands expropriated by wealthier farmers, forcing them to work on the land they used to own in exchange for wages. In countries like Costa Rica which are characterised by small family farms, farmers often agreed to help each other out by harvesting each other’s fields during harvests.

Currently, farmworkers are less exploited but still face significant challenges. They’re often migrants who work in their own countries or travel to surrounding ones to harvest coffee or any other crops requiring picking – and are paid volume or weight. Their role is the most labour intensive and time-consuming in the coffee supply chain and isn’t easily replaceable.

Knowing when to pick a ripe cherry comes from years of experience, and as coffee rarely ripens uniformly, hand-harvesting is the only way to ensure only ripe fruit is picked. This usually occurs over a short time period and must be done without delay to prevent coffee spoilage. Many farms are on rough terrain or at heights that make mechanisation impossible, and climates are becoming increasingly unpredictable. This means a single coffee farm might have several different harvest areas, resulting in more complex picking being required.

For specialty coffee producers, farm workers play an essential role in ensuring only the best coffee is harvested, which can dramatically impact how much they receive for a certain lot. Luis Toruño Montes operates La Finca Coffee, an importer and exporter of Nicaraguan specialty coffee, based in Canada. He says, “They’re] fundamental in the industry. A picker with experience and who is well trained is the first quality control in the chain.”

The labour required to pick ripe cherries (as well as weed and prune trees) can account for up to 60 percent of a farm’s production costs. This is a challenge for producers to deal with and can negatively impact their profits. Despite this, little exploration has been undertaken on how high costs and other factors impact those responsible for the labour itself.

While many coffee farms have made strides to improve how farmworkers are paid, many corteros still encounter other several issues when working on certain farms, whether they do so seasonally or full time. Here are a few of the challenges they face.

A Lack of Contracts

Contracts are critical for farmworkers. In 2016, independent investigative researchers Danwatch released a report concerning the conditions faced by coffee workers in Brazil. While the report’s findings have been questioned by many in the coffee industry, it has illuminated the fact that contracts are a pressing issue facing farmworkers. The report alleges that almost half of all coffee harvesters in the largest coffee producing country on earth work without contracts.

In Brazil, the law dictates that all farmworkers must be registered in order to access social benefits that will protect them when they fall ill, lose their jobs, or retire. However, many workers are offered higher wages to forgo this registration, as it requires employers to set aside funds for insurance. This problem takes place in other producing countries too, with a lack of formality in employment cited as one of the reasons why Colombian producers have struggled to find workers to harvest coffee in the past.

While farmworkers might account for the majority of costs incurred by farmers during production, this does not mean that they’re paid in line with their efforts. Producers are often living close to poverty themselves, which makes paying workers a fair wage challenging. In Honduras, coffee pickers often get paid several dollars below the minimum wage set by the Honduran Labour Ministry. Workers in countries like Guatemala face similarly low figures.

It’s an issue that many producers acknowledge – but one they can’t solve alone. Santiago Patiño C is a producer on Finca El Ocaso, a coffee farm in Colombia – in addition to being 2018’s Colombian Roaster Champion. He believes that to raise the price paid to pickers per kilogram, subsidies must be provided by the National Federation of Coffee Growers of Colombia to pay pickers. If this doesn’t happen, he says, “In about ten years, Colombia won’t have any pickers on the field”.

As previously mentioned, the majority of coffee pickers are paid according to the volume of coffee cherries they can harvest each day. This means that for many, working hours only stop when a certain volume of cherries have been picked – which could take several hours. This can negatively impact producers as the desperation to harvest a suitable amount can lead some workers to pick unripe or unsuitable beans, lowering the overall quality of a lot.

In addition to the long hours required from it, coffee picking also isn’t an easy job. Spending hours in the sun can lead to exhaustion and increase workers’ risk of developing skin cancer, and the repetitive movements required to pluck cherries from branches can lead to muscle sprain and strain. In addition to this, a lack of protective equipment or cutting tools can also lead to cuts and abrasions. These collective conditions (as well as other challenges they face) can lead to significant amounts of stress amongst workers.

Coffee isn’t a perennial crop in many countries, which means that work is only available during harvest seasons, which usually only last for a few months at a time and can differ due to changes in rainfall, altitude, and temperature. This can lead to producers and workers experiencing thin months, where income is scarce. For this reason, many farmworkers are constantly travelling from farm to farm, following coffee harvests as they occur.

Seasonal workers are usually provided with housing as they travel from farm to farm, to ensure they’re close to the working site. However, these housing conditions are often overcrowded, with several families forced to share a single space, and little protection provided against extreme weather conditions. Many lack access to clean drinking water and live without adequate sewage and waste removal. These conditions can encourage the spread of water and airborne diseases too.

Some workers will face dangerous working conditions in addition to this. One example is the use of pesticides like glyphosate and terbufos on coffee plants, which helps to protect coffee plants from pests and insects – but is also illegal due to being harmful to humans. Many workers are tasked with applying these chemicals without personal protective equipment or use inadequate substitutes such as plastic bags or handkerchiefs. This can lead to pesticide poisoning and in some cases birth defects and increased cancer risk.

Cesar Samaniego Minaya works on Finca San Francisco, a coffee farm in Peru. He says, “The best coffee depends on the selective harvest of cherries in its optimal moment of ripeness. To achieve that, pickers have to be skilful, trained and… aware of the impact of their job on the coffee’s quality… this depends on the farm [and how it] engages them and recognises the value they provide… And this is achieved with farms that offer good working conditions and meals, a good working environment, easy payment terms, and flexibility so our pickers are happy when they carry out their task.”

For this to take place, producers will need to receive a higher income. And for producers to earn a higher outcome, people will need to be willing to pay more for coffee. This will require a collective effort from roasters and buyers, but a future of productive coffee farms and workers will be more than worth it.

Practical Tips to Improve Efficiency on Your Coffee Farm
Riding the Third Wave: What I've Learnt from Coffee Professionals
Starmaya: Could This F1 Hybrid Be The Ideal Coffee Variety?
A Guide To Coffee Drying