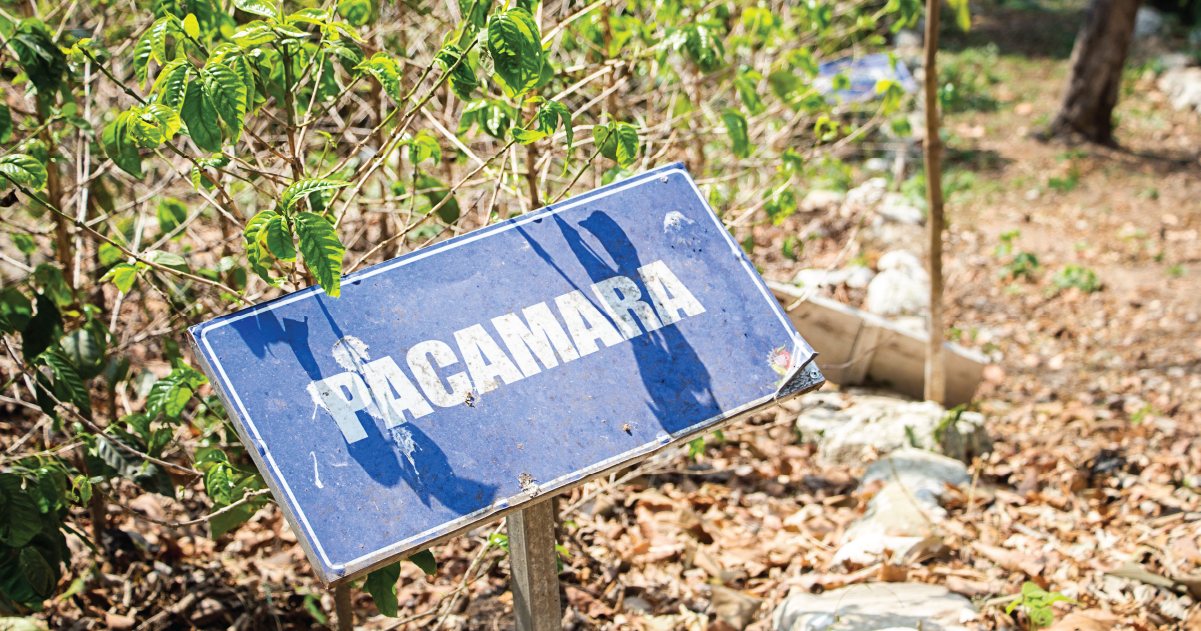 Honduras might be a relatively small country, but it’s a significant producer of specialty coffee and coffee in general. Depending on which of its six distinct producing regions you visit, you’ll find different altitudes and micro-climates present, as well as different processing methods being used.

In 2021, Honduras will be the fourth country to host the Producer & Roaster Forum, in what will be the largest coffee-related event to take place in the country over the past 10 years. Read on to learn more about some of the common coffee varieties Honduras has to offer.

Coffee cherries on a plant, at a coffee farm in San Marcos, Honduras. Credit: San Marcos

The Instituto Hondureño del café (IHCAFE) is an organisation that aims to promote social and economic sustainability for coffee growers through the promotion of local coffee production. As part of their efforts to promote Honduran specialty coffee to the world, they’ve divided its coffee-producing areas into six regions: Copán, Opalaca, Montecillos, El Paraiso, Agalta, and Comayagua. According to IHCAFE, these are some common Honduran coffee varieties:

You may also like Introducing The 6 Coffee Regions of Honduras

A worker handpicks coffee cherries off a plant at a farm in San Marcos, Honduras. Credit: San Marcos

Coffee beans lie in drying beds on a farm in San Marcos, Honduras.

What You Need to Know About These Varieties

Many of the varieties that currently thrive in Honduras were introduced by IHCAFE. As mentioned, in the seventies they introduced three varieties from neighbouring countries: the Pacas from El Salvador, Villa Sarchi from Costa Rica, and Catuai from Guatemala. In addition, they created two new varieties in the nineties: IHCAFE 90 and Lempira. Newer varieties have been created to balance disease resistance with coffee quality.

Bourbon and Typica are well known, relatively common varieties. Despite their excellent quality, they’re low yielding and very susceptible to coffee leaf rust and other plant diseases. Consequently, they’ll require more care during production and processing. However, producers can expect a high price for these varieties, provided they’re cultivated with attention.

Lempira and IHCAFE 90 might be more resistant than other varieties, but they also demand more nutrients, which will be a costly investment that producers need to make. For this reason, their price will be relatively high too – but buyers and consumers will get a coffee that is of good quality.

Caturra and Catuai both have a high susceptibility to certain diseases, which means they require care and will demand a high price to be viable for producers. Pacas and Villa Sarchi offer great quality and a good yield, so buyers can expect a good cup profile. However, as producers have to put extra effort into caring for this crop, the price has to be relatively high.

Whether you’re looking to produce Honduran coffee, buy it and sell it, or roast it, knowing what the country has to offer will help you make the best selection based on what you’re looking for – and are able to support. It will also help you better understand improved varieties that may be cultivated in the future, that could also meet your needs.

Highlighting Honduran coffee is something that next year’s Producer & Roaster Forum will focus on in more detail. This will benefit everyone involved in the coffee supply chain who wants to know more about what Honduras has to offer the specialty coffee world.

From Maracaibo (Venezuela), based in Santiago. Passionate about literature, coffee, beers, bourbon, and cities. Probably drinking a cortado.