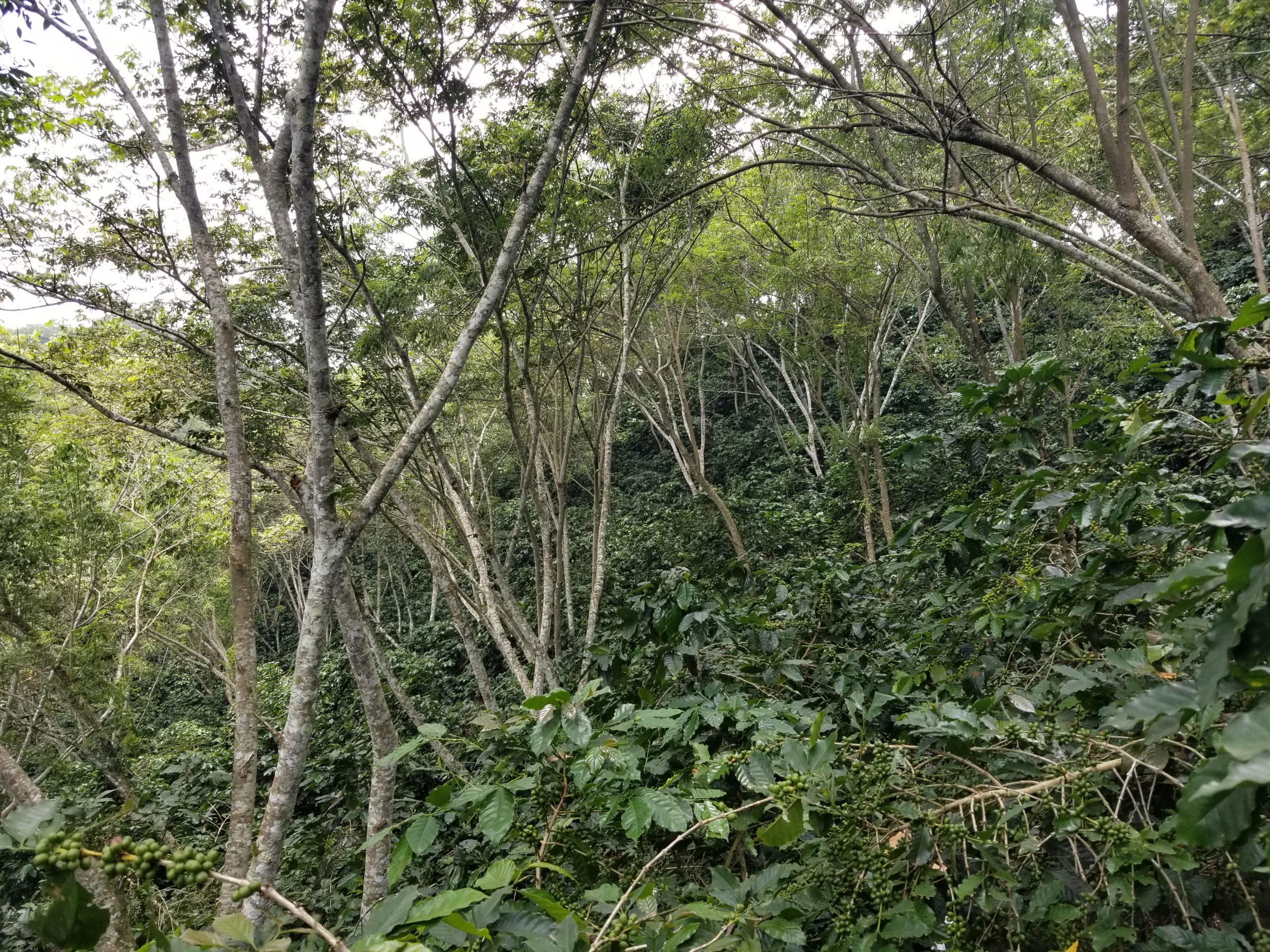 For centuries, farmers have depended on agroforestry to help keep their farms financially profitable, protect their environment, and support their families. It’s been especially valuable for coffee farmers, who often use it to help produce specialty coffee.

Most coffee producing regions around the world are under immense pressure due to changing climates, rising costs, and low coffee prices. Despite agroforestry’s advantages, its place in agriculture might depend on how well it adapts to meet the needs of future generations.

Here’s what this means at farm level, and a few of the elements that will need to be addressed to ensure its success.

Ever since the Coffea Arabica shrub was first transplanted from its country of origin to other parts of the world, coffee producers have strove to emulate the ideal conditions required for it to thrive. For Arabica coffee, this means plenty of shade.

As time has passed and demand has drastically increased, yield amounts have become an important factor in production. In the seventies, the ideal of sun production – in other words, coffee grown in the sun and not underneath the protective shade of other plants and trees – became a popular way of increasing yields and profits in the short term.

Farmers soon discovered that this method of production came with a heavy price in terms of deforestation, and today’s farmers are more than aware of this cost. With the world losing an average of 13 million hectares a minute to agriculture in Africa and South America, it’s evident that it isn’t a lasting solution.

This means that for many farmers, agroforestry could be a way for them to keep their finances, farm, and family afloat.

Agroforestry offers a myriad of tangible and intangible benefits for the environment. Most agroforestry systems provide a natural habitat for a wide range of fauna and flora, helping to protect and increase local biodiversity.

In addition to the above, it helps to improve the physical and chemical properties of soil, by making it rich in nutrients and fertile. It also lowers soil and air temperatures, helping to provide a buffer against extreme temperature fluctuations. With climate change bringing with it unexpected excessive rainfall and heavy winds, agroforestry helps to prevent soil erosion and decreases the need for fertilizer use.

While this system works towards protecting and preserving arable land for the future, it has other, more immediate benefits. Coffee production takes several years to produce a harvest, with only a single harvest possible a year. With agroforestry, producers can diversify into alternative crops (like nuts and spices) that can be harvested all year long and sometimes fetch a better market price.

This, in turn, has an impact on the personal lives of coffee producers – and by default, the 125 million people who depend on coffee for their livelihoods. With year-long working opportunities and better pay a prospect for farmers who invest in agroforestry, everyone stands to benefit.

Challenges to Watch Out For

The benefits of agroforestry adoption are numerous, and its success is evident in many coffee farms around the globe. However, it’s not without its challenges – especially for those looking to establish or transition to this kind of system in the future. Here are some of the issues that must be faced in order for agroforestry efforts to remain sustainable for coffee producers.

It’s well known that women play a key role in most agricultural production systems, but are typically excluded from its benefits through a lack of access to resources and other cultural, sociological, and economic factors. In many cases, they do not have rights to inherit or own land, have difficulties obtaining credit, and do not have decision-making privileges in their households.

In addition to this, female-headed farms are on the rise all over the world, driven in part by population growth and men migrating to urban areas in search of employment. The FAO states that “Women are traditionally the prime participants in… agroforestry production systems. They are also private and public participants in community life and decision-making. The failure to include them in agroforestry projects has several detrimental effects.”

A Common Coquí (a native frog of Puerto Rico) watches over its offspring on a coffee leaf. Credit: Remy Rodríguez Chardon

Despite agroforestry’s adoption being adopted or maintained by many coffee producers, formal efforts to measure, report, and verify its impact have been poor. Without sufficient accounting systems, it will be challenging for countries to count agroforestry efforts towards their climate change goals, which could reduce the investment in it.

Many governments around the world don’t subsidise agroforestry efforts as its large-scale, long-term benefits have not been measured. By gathering data on how it helps improve economies and reduces greenhouses gases, this could change.

For agroforestry to get more funding and be included in international policy, Todd also recommends that guidelines be created to help transparent agroforestry reporting, that literature on regional specificity be explored, that more landscapes be mapped and that more studies be conducted on best practices. This will help countries to learn how to easily and effectively apply agroforestry.

Agroforestry has been hugely beneficial to farmers all over the world for many years. However, the world is changing at a rapid pace, and so are the farms that exist in it.

If coffee production is to continue reaping the benefits of agroforestry, changes at all levels need to take place.

Enjoyed this? Then Read Can Coffee Quality & Environmental Sustainability Go Hand in Hand?

Remy is a contributor based in Puerto Rico