Perfect Daily Grind > Varieties > The Arara Variety: What Is It & Why Is It Popular in Brazil? 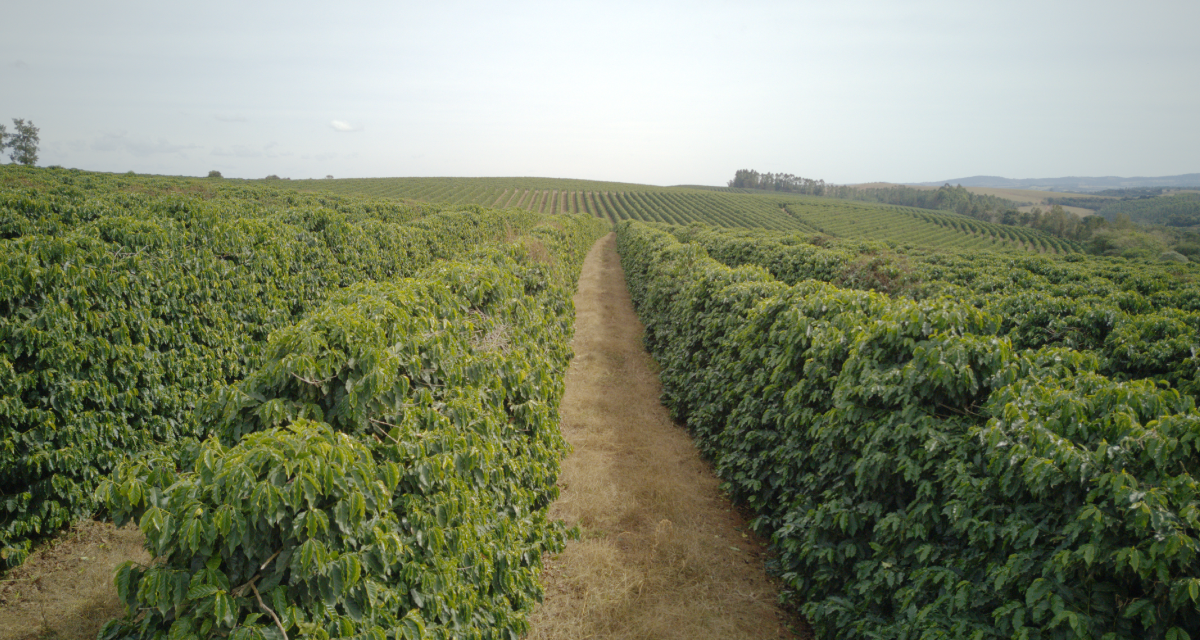 The choice of variety affects a coffee’s flavor, productivity, and required farming conditions. Consumers are often excited to try varieties such as Geisha/Gesha, while producers can remain fiercely loyal to ones that are serving them well.

Yet in Brazil, a new variety is drawing attention and winning quality competitions – Arara. With cup scores extending to the mid-90s and a reputation for resilience and productivity, more and more farms are planting it.

Why is Arara significant? What are its traits? And how was it created? Read on to find out.

What Is a Coffee Variety?

Species, varieties, cultivars: we often hear these words when we talk about coffee, but it’s not always clear what the difference is.

There are several species of coffee plants. The two most important are Arabica, which makes up the majority of what we drink today, and Canephora, commonly known as Robusta.

Each species, however, can be further divided into varieties. These are plants such as Caturra, Bourbon, Mundo Novo, Ruiru 11 – and, of course, Arara. Coffee trees of the same species but from different varieties share some characteristics, but they also have many differences. For example, Catuai and Pacamara are both Arabica, but they have different bean size, nutritional demands, leaf color, resistance to diseases, and sometimes even cherry color.

More varieties are created when different varieties breed. For example, Catuai is the result of a Mundo Novo and Caturra crossing. It’s worth noting that within the Catuai variety, there are different types that can lead the plant to have red or yellow cherries, but these are considered the same variety.

When a coffee variety has been created by humans in an agricultural setting, you can also call it a cultivar.

Discover more in Geisha vs Bourbon: A Crash Course in Coffee Varieties

Red coffee cherries ripen on the branch on a farm in Minas Gerais, Brazil. Credit: Minasul

Why Do Coffee Varieties Matter?

The variety affects the flavor, quality, disease resistance, and farming requirements of the coffee. Gesha/Geisha, for example, is known for its floral, jasmine notes while Bourbon is often associated with sweetness.

For coffee farmers, this means that selecting the right variety has a huge impact on their business. They need to choose varieties that are suitable for their farm’s terroir and their resources. They also need to decide whether it is better to prioritize high-yield varieties, ones with high cupping scores, or ones that are resistant to diseases. Finally, they have to consider market demands and the buyers they have access to.

This means that the greater the choice of varieties producers have, the better. José Marcos Rafael Magalhães is a coffee farmer and the president of Minasul, a coffee cooperative in Varginha, Minas Gerais, Brazil. He says, “The first advantage is the possibility of the producer to identify the varieties that better adapt to their microclimate and terroir. Another great advantage is the possibility of planning the fertilization treatments based on the crops’ requirements, and [planning] the harvest operation by planting trees which tend to ripen at different times: early, normal, and late.”

In Brazil, there is a heavy investment in the production of new coffee varieties and cultivars. Lucas Bartelega is an Agronomic Engineer at Fundação Procafé, one of the country’s leading coffee research institutes. He tells me that when coffee leaf rust became an issue in the ‘70s, they focused on improving the genetics of coffee plants. “Today, practically all the cultivars are resistant to coffee leaf rust,” he says.

With climate change reducing the amount of land suitable for coffee farming and enabling pests to thrive, there is even greater pressure on Brazilian bodies to create resistant crops. At the same time, the thriving specialty coffee industry means that many producers are also concerned with quality.

José Marcos tells me that Minasul connects Fundação Procafé with producers and facilitates their access to the new varieties. “I think that [the research on new varieties] is vital because we can see the effects of climate change and what the market is indicating that buyers want in the cup. We are working directly with an understanding of what the consumer wants, and we can produce that and encourage the growth of varieties that provide us with the right results…” he says.

“It is very important to renew crops with newly developed varieties, ones that are tolerant to diseases (especially rust), pests, and weather variations (drought and high temperatures).”

Read more in Choosing The Right Coffee Varieties For Your Farm

The development of new cultivars is a long process that requires diligent work on the part of researchers. Arara, for instance, was launched in 2012 by Fundação Procafé but only after fifteen years of studies. And this wasn’t even a planned cross.

“Arara was selected from a natural cross in a master plantation called Sarchimor 1669-20… People at the time thought that this material had crossed with either the yellow Catuai or yellow Icatu,” Lucas explains.

“Two small, very vigorous and productive trees with yellow fruit and an immunity to coffee leaf rust appeared. These plants stood out because the crop was made up of large trees with red fruit, so their small size, the yellow fruit, and the high productivity drew attention, and it was also observed that they were rust resistant, which continues to this day,” he says.

He tells me that the scientists began by separating the new plants from the rest of the crops. Over three generations, they selectively collected the seeds of the best plants in order to improve the plant structure and size. In 2012, the foundation was happy with the variety and began releasing it. It soon became popular. Lucas tells me, “It is one of the most desired varieties. 60% of our seed requests at the Fundação Procafé are for Arara.”

Why Is Arara Popular?

Lucas tells me that Arara has the following traits:

For producers, this makes it an ideal plant: it produces quality coffee at high yield, and diseases or poor growing conditions do not usually cause severe problems in comparison with other varieties.

“As a producer myself, I started to grow Arara in 2018, with 250,000 seedlings distributed across 50 hectares,” José Marcos says. “I really believed in Arara because of what I noticed while walking through the farms. I saw high productivity, the bean’s high quality, tolerance against diseases, and good quality in the cup.”

It is also a good choice for those concerned about climate instability. It is tolerant of water deficiency and droughts, yet also handles harvest rains relatively well because the fruits are more firmly attached to the branches. “When we have rain during the harvest, a lot of fruit falls to the ground, but with Arara much less fruit will fall,” explains Lucas.

He also says that Arara cherries ripen slowly compared with other coffee varieties, but this can help farm management. The producer can grow varieties with different maturation times. As a result, they won’t be overwhelmed at harvest time, since not all of their crops will ripen at the same time.

The late ripening is also considered a key factor for its award-winning sensory profile. “A late-harvest cultivar is expected to be of a slightly higher quality because it has a longer maturation time and the fruit accumulates more compounds, so it’s more complex. They may be more exotic,” Lucas tells me.

That being said, researchers are unable to say which flavors and aromas a crop of Arara is likely to possess. “So far, sensory notes are more influenced by the environment than by plant genetics,” Lucas stresses.

Find out more in Coffee Varieties Debunked: Why Not All Geshas Taste The Same

Yet for José Marcos, the plant stands out. “This coffee variety has a unique ability to exhibit striking flavors and aromas. It has been very prominent in specialty coffee brewing and the contests promoted by Minasul,” he says, adding, “in all the finals, we see Arara scoring 86 plus, often 88 and 89 points.”

Arara has also been doing well in competitions run by the Brazilian Specialty Coffee Association (BSCA). In 2019, a pulped natural Arara from Fazenda Sertãozinho, Botelhos, Minas Gerais scored 92.5 and placed first in the Aroma BSCA competition. And in the 2017 edition, Fazenda Sertãozinho’s Arara won both the wet and dry-processing categories with a 94.25 cup score.

In the end, producers, traders, roasters, and consumers want the same thing: high-quality coffee that is profitable for all parties involved. And when carefully managed throughout the whole supply chain, Arara can achieve great results in the cup.

José Marcos says, “The coffee industry is asking for quality. With this demand for higher quality, many producers are looking for varieties that give larger beans, better-tasting cups, and can be grown at higher elevations.”

The future of Arara remains to be seen, but with its versatility, resistance to disease, and reputation for quality, it’s no wonder that it’s quickly become a popular variety in Brazil.

“Unlike anything I had ever tasted before”: What is Wush Wush coffee?
Fine Robusta & New Markets: Exploring Ghana's Coffee Industry
Understanding The Myth of Heirloom Variety Coffee
Rust-Resistant Coffee Variety Scores 90.5 Points in Nicaragua CoE