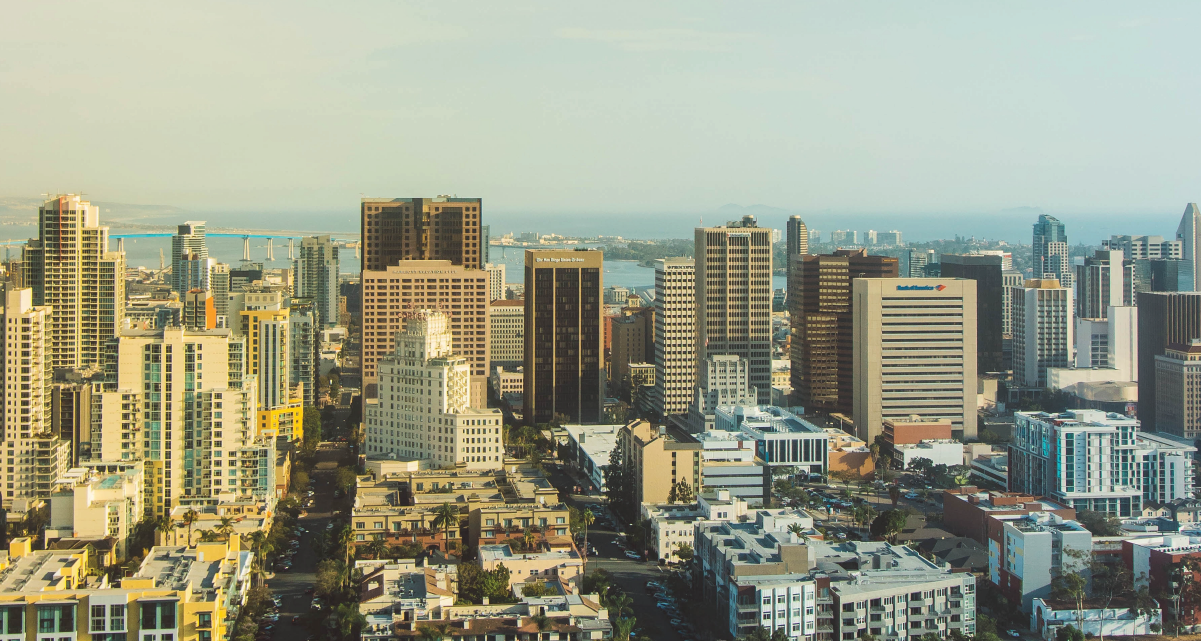 A significant portion of the line between the United States of America and Mexico is made up of the San Diego-Tijuana Border, and this sprawling urban area is home to almost five million residents. Here, you’ll find a unique culture that’s fuelled by the mingling of thousands of residents and tourists – both of whom venture across the border each day for work and play.

This meeting of different lifestyles, customs, and traditions has left its mark on everything – including the coffee consumption habits of locals. For specialty coffee enthusiasts looking to establish a presence here, these unique differences are worth exploring. Here’s what the coffee culture is like at the San Diego-Tijuana border.

An aerial view of the San Diego Coastline.

How do Locals Consume Coffee?

To get more insight into local coffee consumption behaviour, I spoke to a group of residents for more information. 45 individuals between the ages of 22 and 50 were interviewed, consisting of people from different walks of life, including students, homemakers, and office workers from various socioeconomic backgrounds.

The results revealed that almost half of the respondents drink coffee every day. Those that don’t cite health as their reason for abstaining from it, with some saying that it’s difficult for them to digest and others that they find it overstimulating.

When it comes to why they drink coffee, most respondents drink it for the caffeine boost, and just under half add milk, cream, and sugar to improve the taste. Home brewed instant coffee and filter coffee are the primary ways they consume coffee. There’s also a greater interest in how their coffee was brewed than in details such as its origin, and how it was roasted.

For example, almost a third of respondents already state that they consume coffee for the sensory experience, with just under half describing its taste as depending on the coffee beans in question. In addition, a few respondents list specialty coffee shops such as Café Sur a Norte, Dinastía 12, Café Baristi, and Malvia Coffee Bar as being their favourite places to enjoy coffee.

Exploring Coffee Shops in The Area

Currently, one coffee or tea shop exists for every 10 000 Mexican residents, with the number of shops estimated to grow by four percent by 2021. As for San Diego, the number of independently owned coffee shops has also grown over the past two years.

You’ll find plenty of chain outlets in the area, with Starbucks having 360 cafés in Mexico, and

Mexican restaurant operator CMR planning to open 150 Nescafé coffee shops in the next eight years. These chains are followed closely by Café Punta de Cielo (who have 13% of the market) and The Italian Coffee Company (who have 11%).

According to Euromonitor International’s analysis of Mexico’s Coffee Consumption Market for the Mexican Coffee Association Amecafe, coffee shops are instrumental in offering consumers a greater variety of coffee in a cozy and modern environment, and customers are increasingly paying attention to their coffee’s quality, preparation and characteristics.

This is where specialty coffee shops are stepping in.

The border between San Diego and Tijuana.

Specialty Coffee Shops on The Border

While there might not be as many specialty coffee shops on the border in comparison to other areas of the US or Mexico, the ones that do exist have adapted to the demands and resources available in the area.

While some specialty coffee shops have embraced locally produced coffee, others have turned towards cultivating something rarer. Bird Rock Coffee Roasters is a roaster and retailer with coffee shops in the region that offers the first-ever San Diego grown Geisha coffee, directly to the public and for online purchase. This award winning coffee is typically produced in Panama, and can cost over $600 per pound.

When it comes to menu offerings, many specialty coffee shops in the area offer drinks unique to the region, such as Mexican coffee. This drink is typically prepared with cane sugar, cinnamon, and specialty cacao. There’s also Café de Olla, which is usually brewed in a clay pot with cinnamon and piloncillo (evaporated raw sugar cane juice).

There are signs of a chocolate renaissance taking place in Mexico, which has seen a resurgence in interest in local cacao production – as well as in eating and drinking it in a Mexican style. Several specialty coffee shops in this area now offer cacao drinks. Pop by popular cafés like Café Sur a Norte and Café Punta del Cielo and you’ll find beverages like the mocha oaxaqueno – a hot drink made with raw cacao, almonds or hazelnuts, sugar, and milk.

Downtown Tijuana on a busy day.

The specialty coffee scene on the border has plenty to offer, but in terms of education and unity across those involved in it, there’s still a way to go. According to Gildardo Peralta, president of the Asociación de Baristas de Baja California (ABBC), there’s large scale disinformation on coffee, and insufficient spaces for sharing specialized and impartial information.

The ABBC aims to tackle this by training specialty baristas, creating an awareness of coffee culture, and fostering a respect for the process of making coffee. Their mission is to inform and educate baristas and consumers on the farm to cup process.

To facilitate this, they follow parameters outlined by the Specialty Coffee Association, and foster alliances with universities and roasters. In addition, they regularly hold events like Tijuana Huele a Café, which is aimed at bringing consumers and professionals together to celebrate specialty coffee.

Gildardo feels that the organisation provides legitimate information, supports professionals, and establishes a dialogue between the industry sectors. He adds that “the scene is transforming. I bet that in five or six years the coffee industry will refine itself and the ones who really care about the product quality will remain”.

Another initiative with similar goals is the Barista Battle. This binational event (held in alliance with the San Diego Coffee Network) organises everything from latte art competitions and tasting sessions to international reunions, where coffee professionals from all industry sectors can network with each other.

According to the organisation’s co-director, Aracely Germán, the events build a stronger sense of community in the coffee scene. It also improves how baristas are perceived, so that they can transmit their knowledge and passion to the consumer.

The border between San Diego and Tijuana extends into the ocean.

The San Diego-Tijuana border may not be as well known as other regions for its coffee scene, but by straddling two vastly different countries, it’s created its own and evolving to meet the needs of its diverse population.

For those looking to enter the local scene, an understanding and acknowledgement of these differences will be instrumental in increasing local awareness and demand for specialty coffee.

And while specialty coffee shops here may not be supported by as many guiding organisations and groups as other regions, the emergence of both Barista Battle and the ABBC are good signs that coffee culture is primed for expansion along the San Diego-Tijuana border.

Enjoyed this? Then Read Café Careers: How To Launch Your Own Specialty Coffee Shop

Valeria is a contributor based in Mexico.