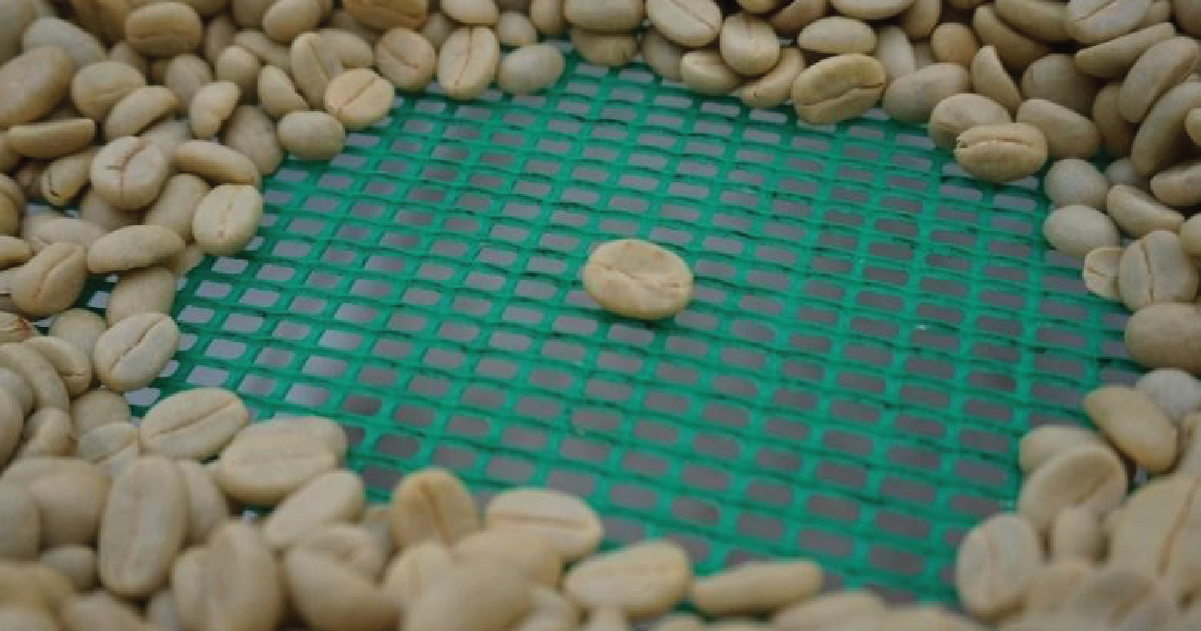 Producing coffee can be challenging, with unpredictable weather patterns, sustainability concerns, and high production costs impacting every farmer differently. However, many of these producers are already pioneering unique solutions to address some of these issues.

The following smallholder producers from Ecuador, Colombia, and Guatemala are using rose netting, a motorbike engine, and PVC tubes to meet the challenges they’re facing on their farms. Here’s how these solutions are working out for them.

Around 80% of the world’s coffee is produced by 25 million smallholder farmers, most of whom are unable to afford or access expensive, high-tech equipment and tools for their farms.

As a result, many producers are finding affordable, accessible workarounds for their farming dilemmas. One example of a producer doing this is Ramiro Granda of Siempre Verde Farm in Ecuador. It’s a family-owned farm located in the Andes Mountains that produces single origin, specialty coffee.

Ramiro is relatively new to the coffee production business, having experienced his first harvest in 2018. An agronomist by trade, he used to cultivate greenery plants for floral bouquets, and before that, worked with roses. It was this background that gave him an idea for improving his production processes, when he realised that the raised beds he’d built were prolonging drying and limiting ventilation.

He explains that the challenge “motivated us to look for alternatives, and for a while, we searched for netting with the right size that would allow us to better improve our drying process. Having spent many years in the rose industry in Ecuador, we considered the possibility of using the same netting that is used in rose plantations to transport roses from greenhouses to post-harvesting areas.”

Finding netting that would enable airflow, shorten drying times, and the filter out debris without letting the beans fall through was a trial and error process. Eventually, Ramiro was able to find netting that allowed his beans to dry evenly and cleanly.

Using a Motorbike Engine to Transport Cherries in Colombia

During coffee harvesting, hand-picking can be used to remove ripe coffee cherries from trees. Machines can also be used as a quicker and more efficient alternative to this. However, when it comes to farms located on mountainsides, neither of these options are suitable for transportation purposes.

Most machines cannot easily access such mountainous areas, and it would be time-consuming and inefficient for labourers to transport each basket of picked cherries by hand. In addition, doing so could lead to them developing musculoskeletal injuries from lifting and carrying heavy or awkward loads, as well as increased skin cancer and heat exhaustion risk due to prolonged sun exposure. In addition, manual labour is costly for producers.

Blanca Irma Lopez operates a five-hectare farm, La Cabaña, in La Muralla, Colombia. Here, she grows Pink Bourbon variety coffee at 1700 metres above sea level, which means that she faces the same struggles transporting her coffee down the mountain after harvesting.

Working with a local mechanic, she devised a system to transport the cherries using an old motorbike engine that had been converted into a pulley system. With the engine powering the pulley, it can transport loads at a fraction of the time that manual labour takes, and with less risk to workers. By using such a system, she is able to continue the high altitude coffee-growing traditions of her grandparents.

The pulley can also be used to transport other essentials on the farm. According to Blanca, it’s become useful for sending fertiliser to her pickers, eliminating the need for manual labour. “Overall, it’s lessened the load we need to carry on our backs, literally,” she says. Not limited to large hauls, the pulley system is also used to transport lunch to workers on the mountainside.

Coffee production generates a significant amount of waste, and most of this comes from the natural byproducts of the coffee itself. Efforts are being made to recycle or repurpose these byproducts. For example, the discarded fruit skins from cherries are transformed into cáscara tea, coffee pulp is used as a cattle feed substitute, and coffee wastewater is converted into organic fertiliser.

While natural byproducts are easier to recycle, single-use plastics aren’t. Plastic use is pervasive in agriculture. Currently, the United Nations Environment Programme estimates that only nine percent of the nine billion tonnes of plastic the world has produced has been recycled. As these plastics break down into microscopic microplastics, they are able to spread across land and water, causing contamination.

At Finca El Diviso in Colombia, Maria Antonieta Cala is decreasing her use of plastics by growing her new coffee plant seedlings in PVC tubes rather than in plastic bags, which is a general practice in most nurseries. The farm produces micro, nano, and pico lots of Caturra, Gesha, and Bourbon varieties of coffee, amongst others.

Maria says “we learned this from coffee farms in Guatemala. For many reasons we thought this was incredible…less organic matter, less labour-intensive, easier to work with, easier to transport, and [it] reduces the humidity on the ground which eliminates slugs”.

Apart from being more environmentally friendly, PVC tubing has other benefits. It requires less soil, space and fertiliser. It can be moved around and adjusted as necessary, and as it’s suspended above the earth, it’s protected against other environmental factors like wind and rain. Finally, it can be reused multiple times for the same purpose, making it cost-effective.

Meeting The Challenges of Coffee Production

No two smallholder coffee producers are alike – and therefore, what works as a solution for one might not work for another. The examples listed above are a testament to the fact that coffee production is a job that requires critical thinking, constant evaluation, and new solutions.

Looking at how producers circumvent daily challenges with creativity and ingenuity can give us more of an appreciation for what they do, and serve as a catalyst for other original ideas. What will the next invention or fresh take on an old process be? Somewhere on a coffee farm, a producer is already working on it.

Enjoyed this? Then Read Can Coffee Quality & Environmental Sustainability Go Hand in Hand?

Please note: The stories mentioned in this article are examples of how producers can implement innovative practices on their farms. It is not intended as advice or as a guideline. For more information on improving your own farming practices, please consult a coffee production professional in your area.

Holly is a PDG contributor.

How Can Ecotourism Promote Sustainable Coffee Production?
Regulating Cherry Ripeness: Why You Should Think Like a Sommelier
Coffee Farming and Beekeeping in Latin America: A Path to Food Security
How Much Should We Pay For Green Coffee?