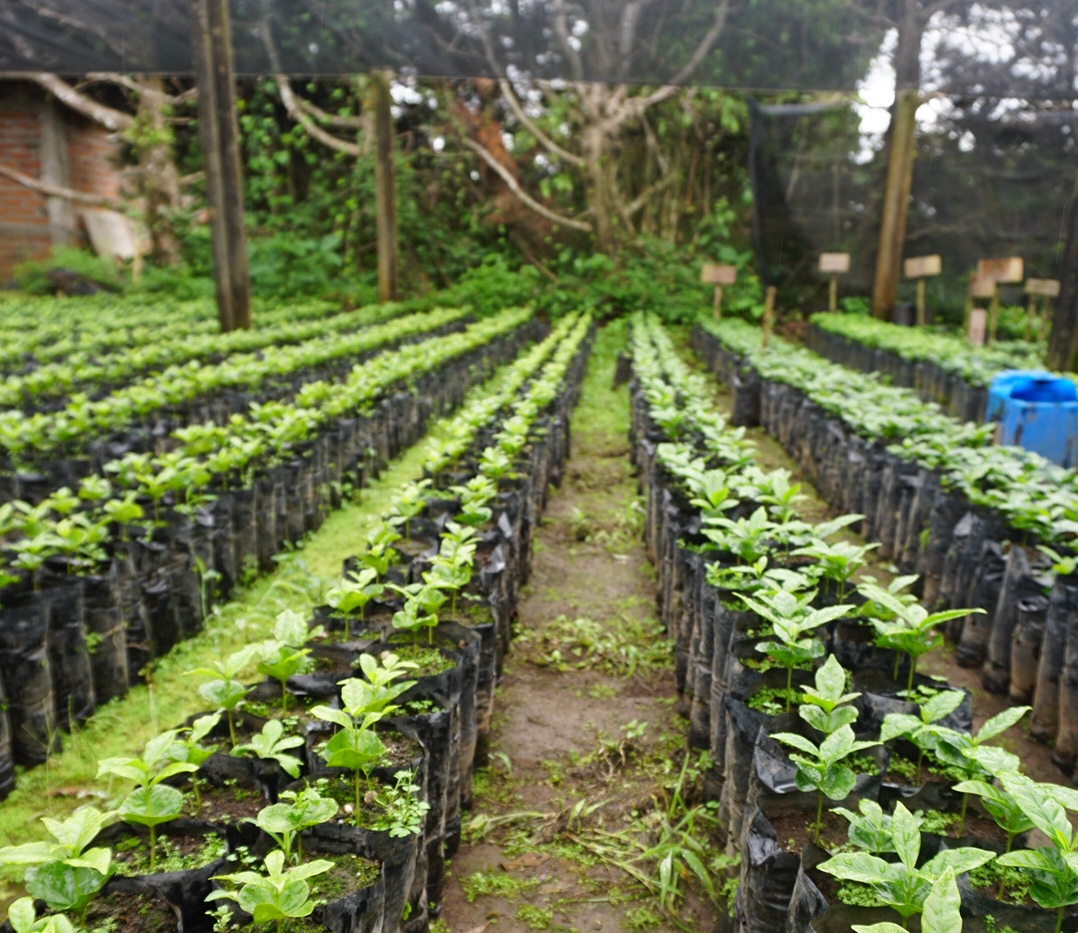 It’s no secret that the coffee industry is based on a market characterised by extreme volatility, with prices operating in a classic boom and bust cycle. This year has seen the price of coffee hover around US $1, significantly below the cost of production for many farmers. There has been much public discussion about what measures could be used to even out these swings and bring a level of stability to coffee trading prices, including the use of buffer stock systems.

But it’s very important that we as an industry act with caution to avoid accidentally causing more damage. So, let’s take a closer look buffer stock systems, which have historically been the primary strategy used to stabilise agricultural markets.

What Is a Buffer Stock System?

Arguably the first example of a buffer stock system can be found in the biblical stories of Genesis. After a prophetic dream, Joseph stores grain from seven prosperous years to be used in the coming seven years of scarcity. He takes this as a flat tax of 20% from the farmers, and then sells the grain back to them in times of shortage. Besides the obvious ethical problem of a direct line to God being the most extreme insider trading imaginable, this is an interesting concept as Joseph invents the concepts of centralised exchanges (like the ICE), buffer stocks, and commodities speculation.

At its heart, a buffer stock system is simply holding back a product in a time of plenty to be released into the market at a time of scarcity (or vice versa). The exchange, international agency, or government body – or Joseph acting as a proxy for the Pharaoh – identifies a target price and determines a target balance of supply and demand.

If the supply outstrips demand, prices will fall, so the agent withholds the necessary quantities of a product to bring the price back to its target price. Similarly, if the demand is higher than supply, prices will spike and the agent can release stocks back into the market to bring prices back to equilibrium.

This is the basics of a buffer stock system, which is purported to offset volatility and bring stability to a market. It can be used to maintain financial stability, or as in the biblical example, to ensure food security.

You may also like What’s a Fair Price For Coffee? Interpreting Transparency Data

Parchment coffee about to go through the mill. Credit: Ana Valencia

If you buy a product in a time of plenty, when it has a low price, and then sit on it until the product is less available and sell it at a profit you’re using the same mechanism as a buffer stock system.

While trading derivatives are more removed from the physical market than this, the principle remains the same. By this mechanism futures markets inherently bring some stability to commodities pricing. It’s worth noting that a physical speculator acting in Joseph’s stead (one article I found on the subject floated a hypothetical Cairo Grain Exchange) would have purchased the grain rather than taxing it, which is arguably far more ethical.

Learn more in What Is Coffee Hedging & How Does It Impact Producers?

Ever-normal granaries are thought to have been established in China in the 1st century BCE. They functioned in a similar way to Joseph’s system, but with the important distinction that the grain was purchased, rather than taxed, during times of plenty. Ever-normal granaries were used very effectively to level price fluctuations throughout rural China for a period of over 1,400 years (with occasional interruptions).

In the current day, an example of the ever-normal granary can be found in the Common Agricultural Policy (CAP) of the European Union.

The objectives of the Common Agricultural Policy, as laid out in Article 39 of the Treaty of the Functioning of the European Union are:

These are lofty aims, and we can see from the relative success of the European farming industry over the last 60 years that the impact of the CAP has at least in part been successful (in that the industry is productive and exists).

But without straying into an in-depth discussion of the application and development of CAP policies, it is fair to say that specific interventions have been limited in their success. They have been subject to broad and wide ranging criticism, much of which has been acknowledged as legitimate by the European Commission. The recent moves away from intervention buying, subsidies for specific crops, and reductions in export subsidies demonstrate that the opinion of policy makers has moved away from the core policies that defined the CAP for its most active and interventionist period.

There are in general two main criticisms of the CAP and buffer stocks systems in general. The first is the protectionist nature of the policies, particularly when focused within a geographical area. These measures can result in unforeseen or unintended consequences for other nations or for international markets.

The second criticism is the actual logistics of operating the system, which can be broken down into two main points:

At its height, the quota systems laid out by the CAP significantly limited access to European Agricultural markets for people in developing countries, prioritising the protection of European Agriculture, which was (and still is) a tiny relative percentage of EU GDP.

This is a significant issue with buffer stock systems. In relation to the CAP, a series of agricultural reforms in the 1950s subsidised milk production and dairy products. This drove a surge in production of milk, butter, dairy, grain, and related products until supply outstripped demand in the 1970s, resulting in huge production gluts.

In 2003, it was reported that the amount of butter the EU held in storage peaked at 381,000mt. There is not enough demand for this amount of produce in the EU, so it must be offloaded at a loss through sales to developing nations. In 2007, the UK government revealed that the EU had built up a stock of 13,476,812 mt of sugar, rice, cereal, and milk products. The redistribution of these products both drives and damages development. It benefits urban populations in developing nations through lower food prices while simultaneously damaging agricultural producers in the same areas, who cannot compete with imports sold at or under cost.

Many other criticisms have been levied at the CAP, but as we can see, oversupply and redistribution issues are powerful drivers that have ultimately rendered the policies ineffective in application. This is an underlying problem with all buffer stock schemes – it is incredibly expensive to continue to buy stocks waiting for a shortfall in production, especially one that may never come.

The continued purchasing of stocks at a price that covers costs and guarantees a profit merely drives further overproduction. This is of a very high significance to the coffee price crisis and the responses posited by the community. Let’s take a closer look at this strategy and its implications when taken to its final conclusion.

The 1970, the Wool Reserve Price Scheme aimed to stabilise the Australian wool market through a classic stock intervention method. Wool is extremely easy to store for the long term, so it was a logical proposal to buy wool in times of oversupply and release it to the market in times of shortfall to provide a stable income for the Australian wool industry.

This approach seemed to be effective from 1974 to 1987. But, as confidence in the scheme grew and the Australian wool market developed, what was originally a relatively conservative price floor scheme was ramped up to an untenable level. Far from protecting farmers from fluctuations in pricing, this essentially incentivised production even in times of plummeting prices. Farmers sold wool to government stockpiles rather than a market able to adapt to different market signals. Ultimately, this resulted in vast stockpiles of wool and had a wide ranging impact on domestic and global wool prices. The Wool Reserve Price Scheme was suspended in 1991, but stockpiled wool was not fully sold until 2001.

From this we can conclude that entirely de-risking markets and guaranteeing a profit merely drives further overproduction of the commodity. Prices are low because there is an imbalance in supply and demand, so artificially leveraging higher prices only contributes to the problem. The net results of price floors in the long term is structural surpluses, which will further depress the futures price for the market in question.

Sheep in a field.

Buffer stock systems are not always doomed to the kind of catastrophe that characterised the Australian Wool Reserve Price Scheme. A more moderate price stabilisation pact based on quotas was adopted by the ICO. This system offsets and limits stockpiling, and was viewed as a success by the International Cocoa Organization (ICCO) and other international trade organisations.

Initially, this quota-based system was proposed as an alternative model to the ICCO’s failed buffer stock system before the collapse of the ICA. Unlike OPEC (the only other commodity organisation with a quota system), the ICO included both producer and consumer members. It allowed a careful management of the quotas and provided an exception to the general rule of thumb in that it was – at least in part – effective.

However, regardless of the success of the ICO quota system, there are important aspects to the modern coffee trade that severely limit the potential impact of this stabilisation method.

The examples put forward in this article are traditional and homogeneous commodities with little to no strata of quality. In a time of an oversupply and with limited quantity and increasing demand for specialty grade coffee, quotas would limit export earning potential from successful operators. They would limit sufficient production and export of the high-quality coffees in demand from the specialty market.

This is the most significant flaw in a coffee market quota system. The principle difference between coffee and oil is that coffee can be brought to crop in five years. OPEC functions by leveraging enough of the oil supply to be able to have a significant impact on the supply force. In coffee, it is relatively straightforward to bypass the quota system and compete without the price support.

If a nation believes they can drive efficiencies and bring down the cost of production to the point they can weather price fluctuations, they can undercut the whole quota system in as little as five years. Jorio Dauster, head of the Brazilian Coffee Institute, said in 1987 that Brazil was an extremely efficient producer that could survive without the price support of the quota system. This was a major factor in the breakup of the agreement, and history has proved this stance correct.

History has proved buffer stock systems to be at best mixed in their efficacy and at worst disastrous. We can consider buffer stocks and more moderate quota systems as operated by the ICO to be either undesirable for or inapplicable to the modern coffee market. It seems that smallholder coffee producers will either be exposed to the volatility of the agricultural free market or to the impact of government and international bodies’ mismanagement in a context of complex and shifting landscapes of global trade.

To artificially buffer prices on a global level does not address the root of the problem, and has the potential to make the situation much worse. To attempt to address this deep and fundamental problem in our industry, we need a good understanding of what has been done in the past. As a community we must ensure that we do not make a bad situation worse through naivety.

Find this interesting? You may also like How Much Should We Pay For Green Coffee?

A version of this article was previously published on the author’s LinkedIn page. 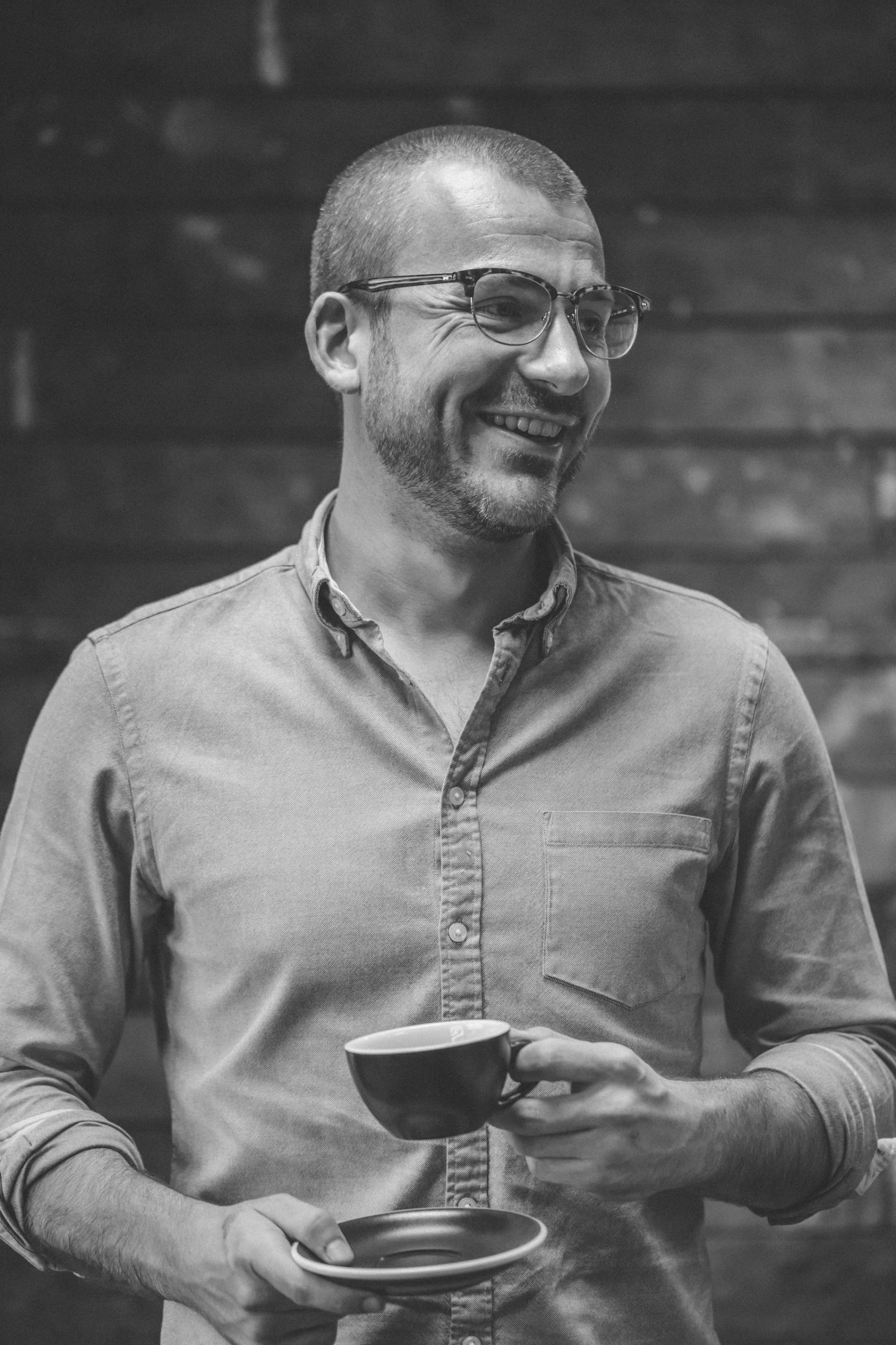 Sam MacCuaig is a coffee trader from the UK.