Perfect Daily Grind > Cacao > Should The Cacao Industry Be Afraid of CCN-51? 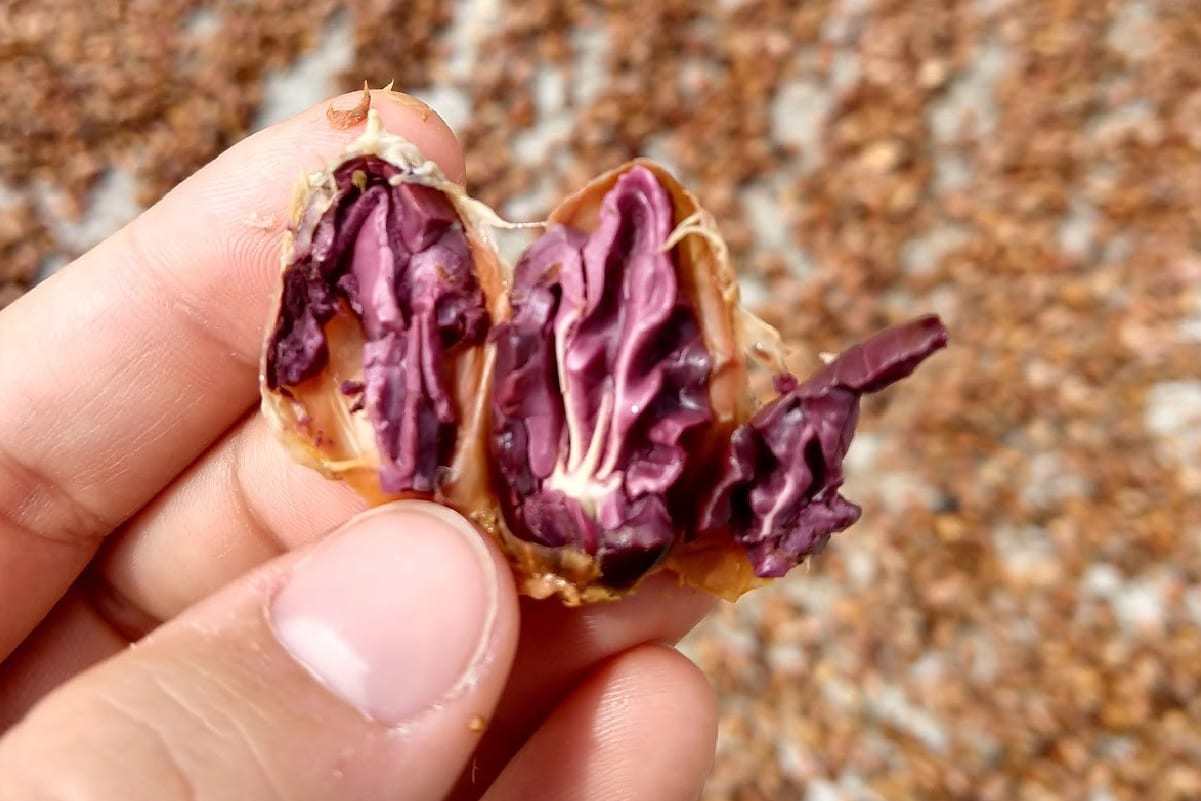 CCN-51 is a high-yielding, disease-resistant variety of cacao that is commonly produced for the commodity chocolate industry. Many cacao producers in areas affected by witches’ broom rely on these traits to provide business stability. But some industry experts are concerned about the dominant production of just one variety.

Read on to find out more about how the dominance of CCN-51 impacts the fine cacao industry, why some chocolate makers are against its production, and what efforts are being made to protect cacao diversity. 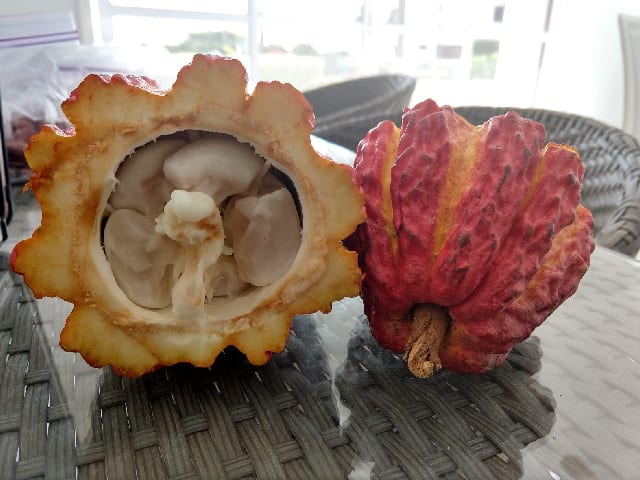 The story of CCN-51 begins with a fungus. Originating in the lower Amazon basin, witches’ broom is a devastating pathogen with a taste for cacao. Over the years, it has severely damaged the cacao industries of several producing nations in South America and the Caribbean.

A recorded outbreak of witches’ broom crippled the Suriname industry in the late 1890s, taking out 80% of cacao production. Guyana, Colombia, Ecuador, Trinidad, Tobago, Peru, Grenada, Panama, and Brazil were also hit hard by the fungus at various points of the 20th century.

CCN-51 (Colección Castro Naranjal 51) was developed by independent plant scientist Homero Castro  in the 1960s in response to a devastating introduction of witches’ broom to Ecuador. This highly productive and disease-resistant hybrid cacao tree was used to replace less disease-hardy varieties. This variety began to dominate the scene in the fine cacao producing regions of Ecuador in the late 1990s.

Learn more in What Is Witches’ Broom & How Does It Affect Cacao? 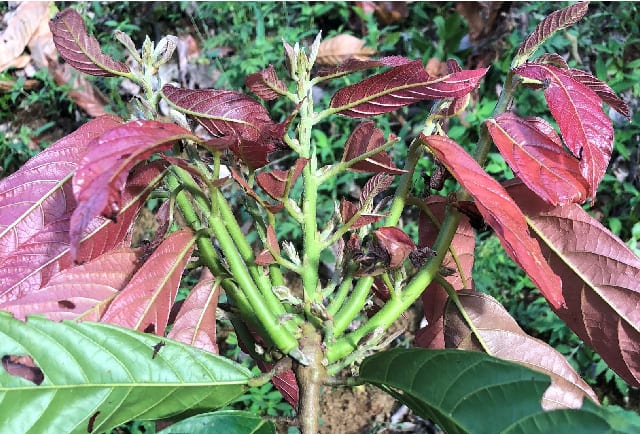 A Large Part of The Market

Today, many commodity chocolate products contain some amount of CCN-51. A 2015 USDA report of Ecuador’s cacao industry states that CCN-51 made up 36% of cacao production in the country at that time.

This dominance speaks to how well CCN-51 has achieved Homero Castro’s goal of resisting a devastating disease and lifting a struggling industry back to its feet. So what’s the problem?

You may also like Is Producing Fine Cacao Worth It? 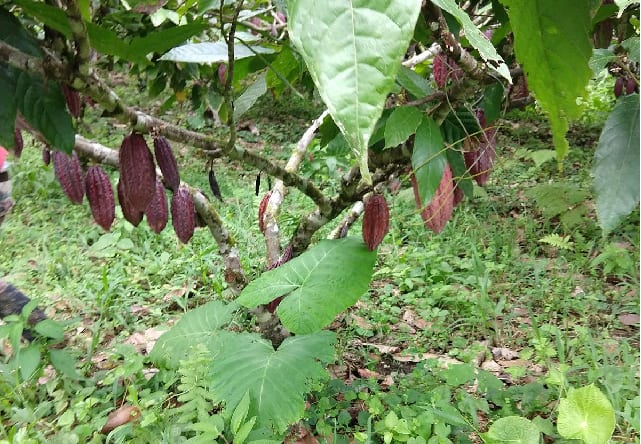 CCN-51 pods on a tree in Ecuador. Credit: Jeana Cadby

CCN-51 was a short-term solution built to ensure the survival of the cacao industry when it was introduced. Its ubiquity is a product of a system that demands high productivity with an emphasis on consistency, rather than focusing on flavor.

But with the growth of craft chocolate and the fine cacao industry, demands are changing. Craft chocolate producers are using a different metric for quality and want to see more diversity in flavor and production systems, as well as valuing farmer welfare. Some industry players see CCN-51 and other high-efficiency cacao varieties as a threat to the fine cacao industry and agricultural diversity.

Commodity cacao is traded within a system that rewards quantity rather than quality. The more farmers produce, the more they can sell to make a profit. Guaranteed buyers are also often less likely to discriminate based on flavor or fine cacao quality. For many cacao farmers, investing resources into cultivating less productive and disease-resistant trees without a guaranteed buyer, for the sake of fine cacao diversification, simply does not make economic sense. 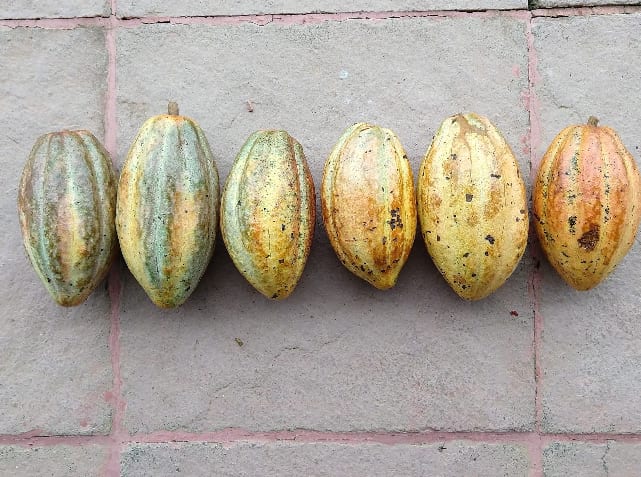 What Have We Got to Lose?

CCN-51 can quickly supply farmers with high, consistent yields while thriving in full-sun, monoculture systems. Not all farmers growing CCN-51 are employing these methods, but the ubiquity of CCN-51 has displaced varieties that would otherwise contribute to a more diverse landscape for cacao. Around the world, varieties with excellent flavor potential and other interesting characteristics are being replaced and disappearing.

Critics argue that this eradication of genetic diversity doesn’t just reduce options for the fine chocolate industry. It poses a threat to all cacao. While CCN-51 is tolerant to today’s climates and diseases, this is not guaranteed under future conditions.

A significant loss of genetic diversity means shrinking the safety net for future issues that will inevitably arise in the cacao industry. As evidenced by the devastating spread of witches’ broom, diseases can arrive suddenly and severely. Avoiding genetic monoculture makes it possible to safeguard against devastating losses. Maintaining a wider genetic pool also increases the likelihood of a faster recovery. 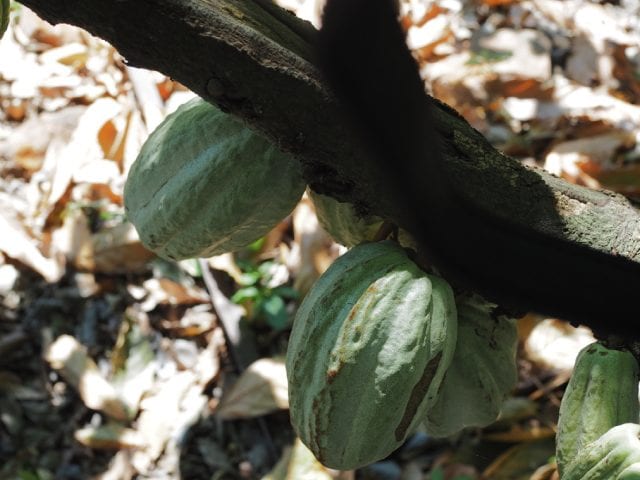 Temperature fluctuations and extreme weather conditions associated with climate change are likely to make some cacao production systems unsustainable without significant adjustment. Indigenous and heirloom cacao may contain traits that support adaptation to these new environments.

Many heirloom and indigenous cacao varieties developed naturally in a mixed or covered forest system, which is more supportive of habitat conservation and biodiversity proliferation. For farmers, mixed forestry systems also allow for diversification in income strategies. Diversification reduces reliance on one single, uniform crop that is at risk of being wiped out by one outbreak of disease or unexpected weather event. 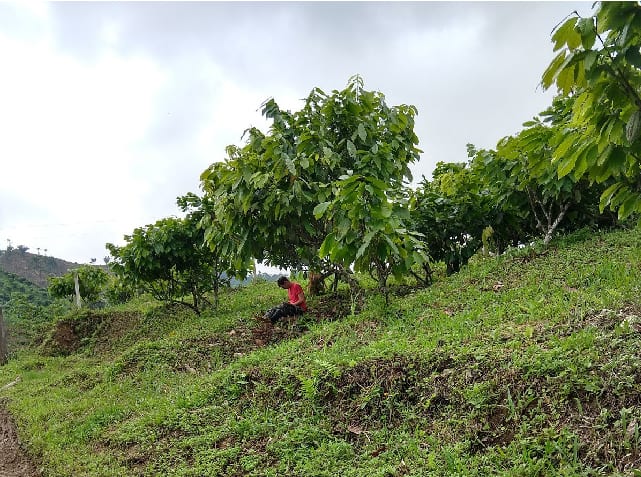 There are some ongoing efforts to preserve cacao diversity, both for fine flavor and genetic diversity.

Heirloom Cacao Preservation (HCP) was formed in 2012 in partnership with the USDA and the Fine Chocolate Industry Association as “a response to the global pressures of environmental change, deforestation, and economic influences threatening the world’s supply of high quality, flavorful cacao.” As well as maintaining a database of genotype and flavor characteristics, it has a preservation nursery and offers incentives for cacao producers to grow heirloom varieties.

Greg D’Alesandre is the Chief Sourcing Officer for Dandelion Chocolate and an HCP board member. He says that “one of the things HCP has always been focused on is promoting diversity in cacao…(a lack of diversity) creates massive risk to farmers as their crops are at risk to disease sweeping across unchecked but also risk to the industry as there is less natural genetic variation available to be used in tackling challenges as they arise… Currently there is quite a lot of diversity within cacao and our goal is to help preserve that.”

He tells me that HCP works with a number of groups to help understand what makes great tasting cacao and promotes producers who are able to achieve this through the use of an HCP designation. 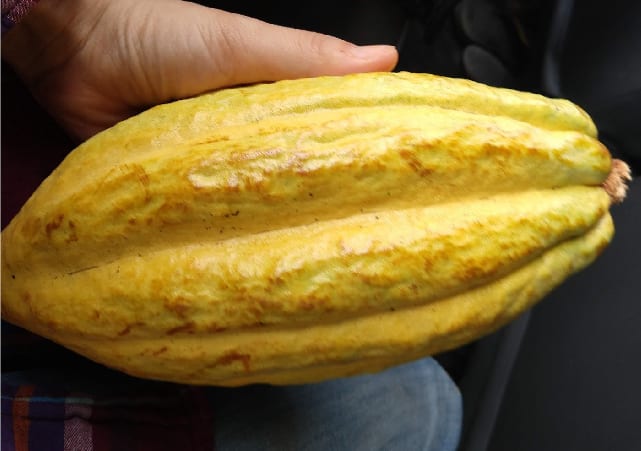 Cacao gene banks and field collections can also help to preserve cacao genetics. The largest and most diverse collection, The International Cocoa Genebank, Trindad (ICGT) keeps over 2,300 cacao accessions. These specimens are available in the public domain, for the benefit of the global cacao industry. Plant breeders can access a diverse selection of genetic material that can be used in cacao breeding programs.

Such collections, however, are still at risk of “erosion.” Germplasm stored in unpredictable field conditions are more likely to degrade. Maintaining gene banks at origin as well as in multiple locations could be one way to better safeguard against potential losses, as well as serve more diverse groups with genetic material.

Advancements in genetic tools allow breeders to more quickly identify specimens that exhibit disease-resistance earlier in the development process. For example, the Cacao Genetic Improvement Program (CATIE) has had success in breeding cacao with both fine flavor and resistance to frosty pod disease, which has a similar lineage to witches’ broom. 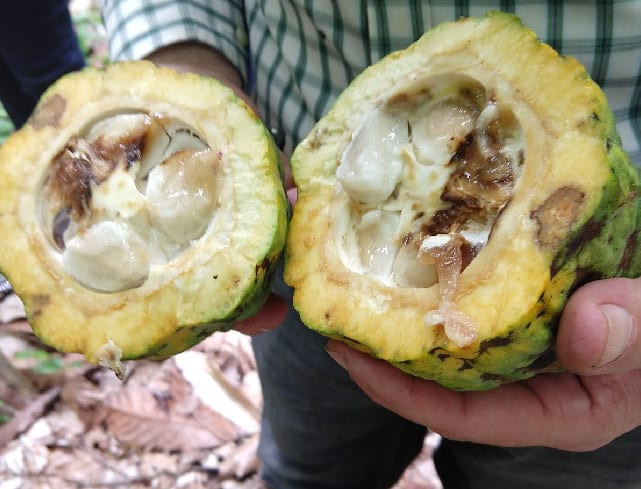 Working With Both CCN-51 & Heirloom Varieties

Some industry members have suggested integrating CCN-51 into fine cacao blends as a middle ground between more expensive fine cacao and commodity grade. Others say that encouraging mixing “debases both the value and flavor of the resulting chocolate,” resulting in a loss of market for fine cacao.

Greg says,“I feel like high yielding cultivars have their place. Some of the producers who Dandelion works with in Ecuador… will grow both cacao for flavor but also CCN-51 to ensure that they can continue to have a baseline income when disease hits especially hard.

“In terms of what is needed to preserve diversity, first and foremost is a market for specialty cacao… If we, as an industry, want to change behavior, we need to change our own as well… In my opinion, good flavor is what will help drive higher prices for cacao, which in turn will incentivize farmers to keep diversity on their farms, because they are able to earn enough money to make it worthwhile.”

While CATIE breeding programs choose to focus on developing increased disease resistance with good flavor potential, HCP looks towards conservation and industry progression. Greg says that “diversity doesn’t mean everyone should just grow cacao for flavor, it means there should be a healthy blend. We wouldn’t expect farmers to do what is against their best interest, so it’s our job to ensure diversity is in their best interest,” he says.

Enjoyed this? You may also like What Happens During Cacao Fermentation?

This article was written by a Perfect Daily Grind contributor.

Chocolate Pairings: Tips From a Fine Cacao Expert
What Can The Coffee & Cacao Industries Learn From Each Other?
Cacao Harvesting & Processing: A Step By Step Explanation
What Happens During Cacao Fermentation?