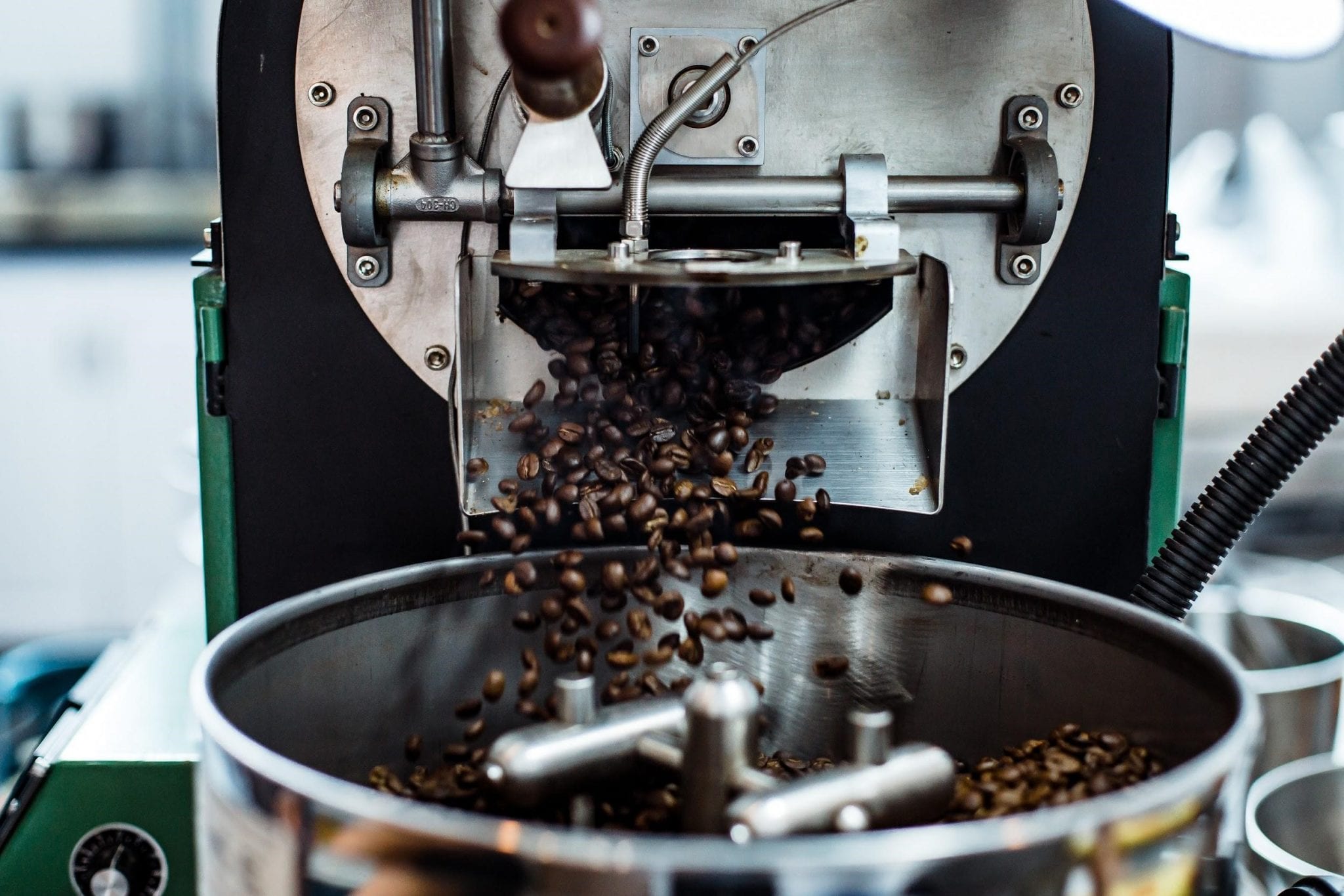 Do you know what happens when you roast coffee? What changes take place to make green beans into the flavorful, aromatic ones we love?

In part one of this two-part series, we looked at how the coffee bean’s anatomy plays an important role and outlined the physical changes that take place during roasting. Now let’s take a look at some of the chemical changes, including how flavour and aroma develop.

Read part one, What Happens During Coffee Roasting: The Physical Changes

Bags of green coffee at a roastery. Credit: Ana Valencia

Introducing coffee beans to the heat of the roaster sparks hundreds of different chemical reactions. Roasting degrades some compounds, alters others, and creates new ones.

You may hear people mention a chemical process called pyrolysis. This is when an organic material is heated above its decomposition temperature, producing volatile compounds and leaving behind a solid residue containing a lot of carbon, or char. In coffee roasting, we avoid getting the beans hot enough to cause charring, but they do undergo chemical changes associated with pyrolysis including the caramelization of sugars and production of volatile compounds.

Here are the main chemical reactions that impact your daily cup of coffee.

This process begins at around 150°C/302°F, when the beans are still absorbing heat endothermically, and continues in the exothermic part of the roast. Heat causes a reaction between the carbohydrates and amino acids in the beans. This causes changes in color, flavor, and nutritional content.

The change in color is due to the production of melanoidins. These are large molecules that not only turn the beans brown, but contribute to mouthfeel and body.

Small changes in the temperature and length of time spent in the Maillard reaction can have a big impact on the final profile of a coffee.

When roasters experiment with roast profiles, it includes varying the length and intensity of Maillard reaction and recording its effects on profile.

This is a process that depends on the Maillard reaction. Amino acids react with carbonyl-grouped molecules to create compounds such as aldehydes and ketones. As roasters, we don’t need to understand exactly what these compounds are – the important thing to recognize is that this reaction is essential for the creation of aroma- and flavor-producing compounds.

At around 170°C/338°F, heat causes large, complex carbohydrates to break down into smaller sugar molecules that can be dissolved in water. This means that the perceived sweetness level of your finished brew increases. This reaction continues until the end of the roast and it also contributes to the sweet notes in the coffee’s aroma, such as caramel and almond ones.

Volatile compounds are organic chemicals that have a high vapor pressure at room temperature. Many of them are formed in Strecker degradation, in the development stage of roasting. When aroma-producing volatile compounds disperse, we experience that signature coffee smell. These include:

Carbon dioxide is a volatile compound that doesn’t contribute to aroma, but which does have an impact on body.

The Role of Acids

Acids play an important role in creating flavor and are sensitive to heat. Roasting can degrade some acids and create others.

For example, the citric and tartaric acids that produce fruity and sweet notes are broken down during roasting so a long or overly hot roast can hugely reduce the sweetness of the final profile.

Learn more in Why Are Some Coffees More Acidic Than Others? A Brew & Roast Guide

Coffee roasting includes a number of chemical transformations that contribute to the flavor, aroma, and body of your finished cup. Many of these reactions are sensitive to variations in temperature and length of exposure to heat. So a small change in roasting technique can have a profound impact on profile.

Understanding what happens during roasting and knowing why these changes occur can help you make more informed choices. If you have an overview of how chemical compounds are created and changed during the process, you can better understand what went wrong, or right, with your batch and use the information to make your next one better.

Veronica is a contributor based in Brazil.