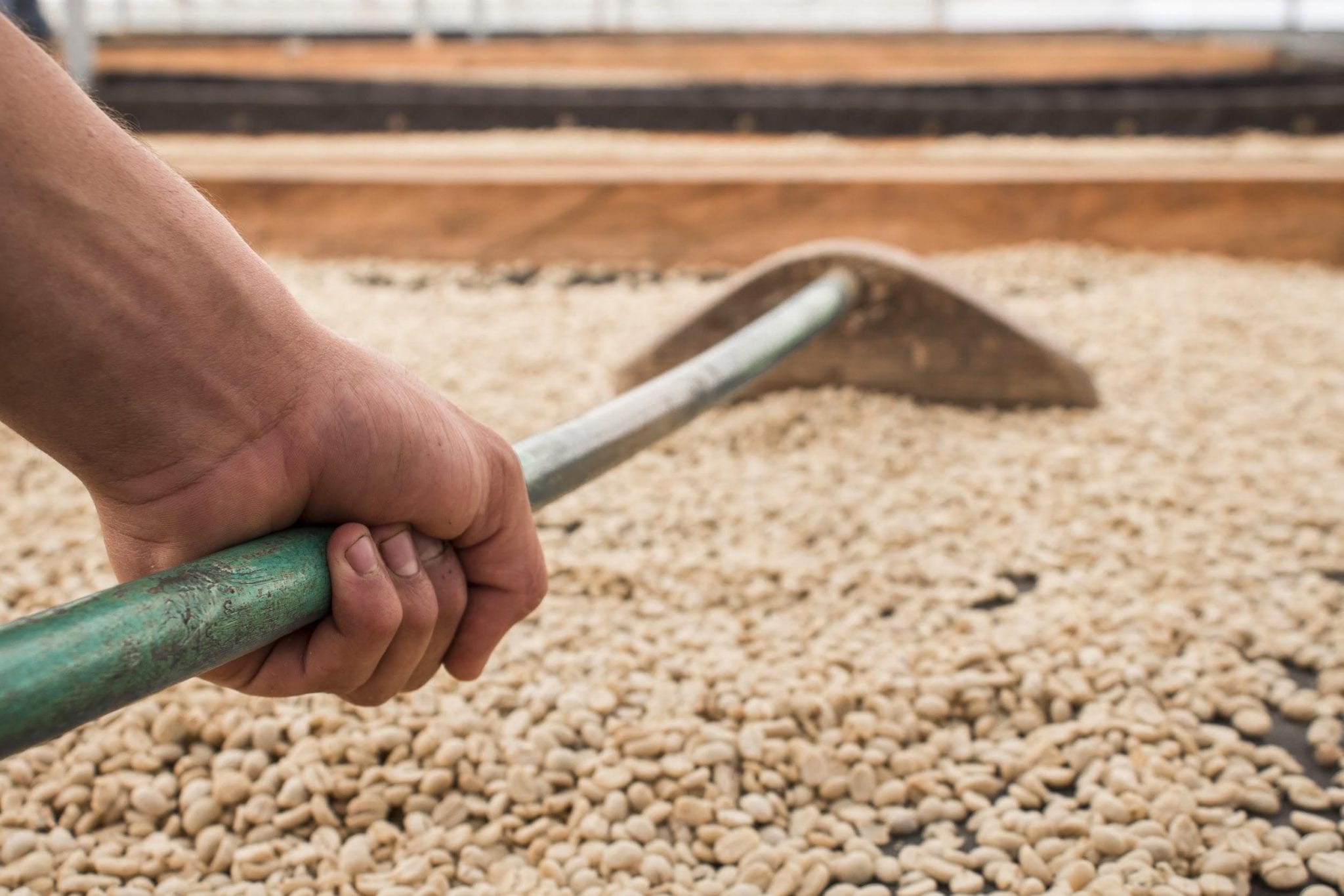 When you reach for a bag of Brazilian roasted coffee or order a pour over from Colombia, you may consider yourself well-informed about its origins. But how did coffee come to these regions in the first place? And who were the people who established coffee farms and labored in the plantations? Colonialism and slavery played major roles in establishing the coffee industry.

Let’s take a look back at the history of the coffee industry and how it relates to race and colonialism.

You may also like A Brief History of Coffee Consumption

A view from a coffee farm in El Salvador. Credit: Fernando Pocasagre

Coffee is native to tropical Africa but today Brazil is the world’s largest coffee-producing country. Vietnam and Colombia are the second and third biggest producers. Coffee was traded through the Middle East, Asia, and Europe before being taken to the Americas by European colonizers. The crop’s success there was dependant on the slavery. As such, it’s impossible to discuss the history of coffee without recognizing racism and the role of colonialism.

Mark Pendergrast is the author of Uncommon Grounds: The History of Coffee And How It Transformed Our World. He tells me that in the late 1700s, European colonial powers were starting to recognize coffee’s profitability. Demand for the drink was high in both European countries and their colonies. To establish profitable estates, European companies imported slaves from Africa to labor on plantations in the Caribbean, Asia, and the Americas in what is known as the Triangular Trade.

Barbados and Jamaica were some of the earliest British colonies, and slave traders provided the outposts with human labor from Africa to work the sugar and coffee plantations. Goods and people were moved in a triangle between West Africa, colonies in the Caribbean and Americas, and Europe.

Bags of green coffee beans in a warehouse.

Mark tells me that San Domingo in French-occupied Haiti was supplying half of the world’s coffee in 1788, as a direct result of slavery. He describes living conditions there as appalling, with slaves routinely underfed, overworked, and housed in windowless huts. He also details how it was not uncommon for African slaves to be beaten, tortured, and killed by their white, European rulers.

Napoleon’s unsuccessful bid to regain Haiti in the early 1800s led to a decline in coffee production. This prompted the Dutch to fill the gap with coffee produced in their own colony of Java, Indonesia.

There was a rigid hierarchy between the native Javanese and their colonial overlords. In his book, Mark recounts that Eduard Douwes Dekker, a Dutch civil servant, wrote of the laziness and apathy of Dutch landowners who forced Javanese natives to harvest coffee for a pittance. Dekker noted that whole villages died of starvation as a result.

The Slave Trade in The Americas

As coffee declined in the West Indies, it thrived in Latin America. The first coffee bush in Brazil was reportedly planted by Francisco de Melo Palheta in Pará in 1727. Brazil would go on to become a coffee superpower under the rule of the Portuguese and continue to be so after independence. By the 1830s, coffee had become Brazil’s largest export and accounted for around 30% of world coffee production. But it was at great human cost.

Brazilian coffee plantations relied on black and indigenous slave labor. Mark tells me that indentured laborers worked and lived in horrific conditions. He says that plantation owners treated their laborers as dispensable, finding it easier to import new slaves when they died from overwork than to treat their existing slaves with any compassion. He says that most slaves didn’t last seven years from initial bondage.

Brazil made slavery illegal in 1888, but by then an estimated four million slaves had been brought there from Africa.

In other parts of Latin America, the coffee industry depended more on the labor of indigenous peoples. “Black people were not used as slaves so much in Central American countries, where instead Mayans and other native peoples served as semi-slaves,” Mark tells me.

He says that the Mayans occupied fertile land that was optimal for growing coffee and that they were increasingly disenfranchized by colonial governments. They were violently evicted by the military as the demand for coffee grew, and forced into slavery by their oppressors.

Mark tells me that revolts and rebellions were common during this time, and that government brutality and oppression was often the response.

Legacies of Colonialism in Coffee

Understanding the foundations of the coffee industry in Latin America goes some way toward explaining why this part of the world still dominates coffee production. Although slave laborers are no longer used, the structures put in place paved the way for today’s industry. Consider how many regions of Brazil and Colombia are now traditional coffee-growing areas with farming as their main resource.

In an article for Sprudge, Phyllis Johnson highlights how the legacies of colonialism are still obvious in the coffee supply chain. She tells of travelling in Latin America and seeing the racial divide between farm owners and laborers.

And when we discuss the falling C price, we’re talking about millions of people of color throughout Latin America, Asia, and Africa living in poverty in the production of affordable coffee for Western markets.

Despite some African coffees being touted as the best in the world and Tropical Africa being the birthplace of coffee, the continent has never risen to the same levels of production as Latin America. This is also tied to colonialism and slavery in that many former European colonies in Africa were left without robust infrastructure and stable political systems when occupation ended.

A producer sorts coffee cherries at a farm in Honduras.

We have a collective responsibility to open our eyes to structural racism and to acknowledge that oppression still exists in the supply chain. It may be uncomfortable to address, but such honesty is important in opening up discourse about inequality in coffee production, as well as wider conversations about racism.

Pay attention to where you spend your money. As well as reading the information on your bag of coffee, make an effort to research how the roaster you choose works with producers. Talk to baristas and others in the supply chain about the economics of coffee.

And consider educating yourself on the politics of coffee-producing regions. Being an informed citizen can help you make choices that benefit coffee producers and the wider community in producing countries. These small steps can contribute to improving sustainability, working conditions, and quality of life for people around the world.

Enjoyed this? You may also like How Much Should We Pay For Green Coffee?

Coffee specialist at Alpro, coffee journalist who has written for global coffee magazines, and founder of the Kore Directive, U.K.

Producer Insight: 4 Keys to Farming Success
How Much For a Coffee? Prices Decrease, But Value of Exports Grows
Under the Microscope: What Does a Coffee Importer Do?
Coffee Producer Debt Is Growing & It’s Causing Problems