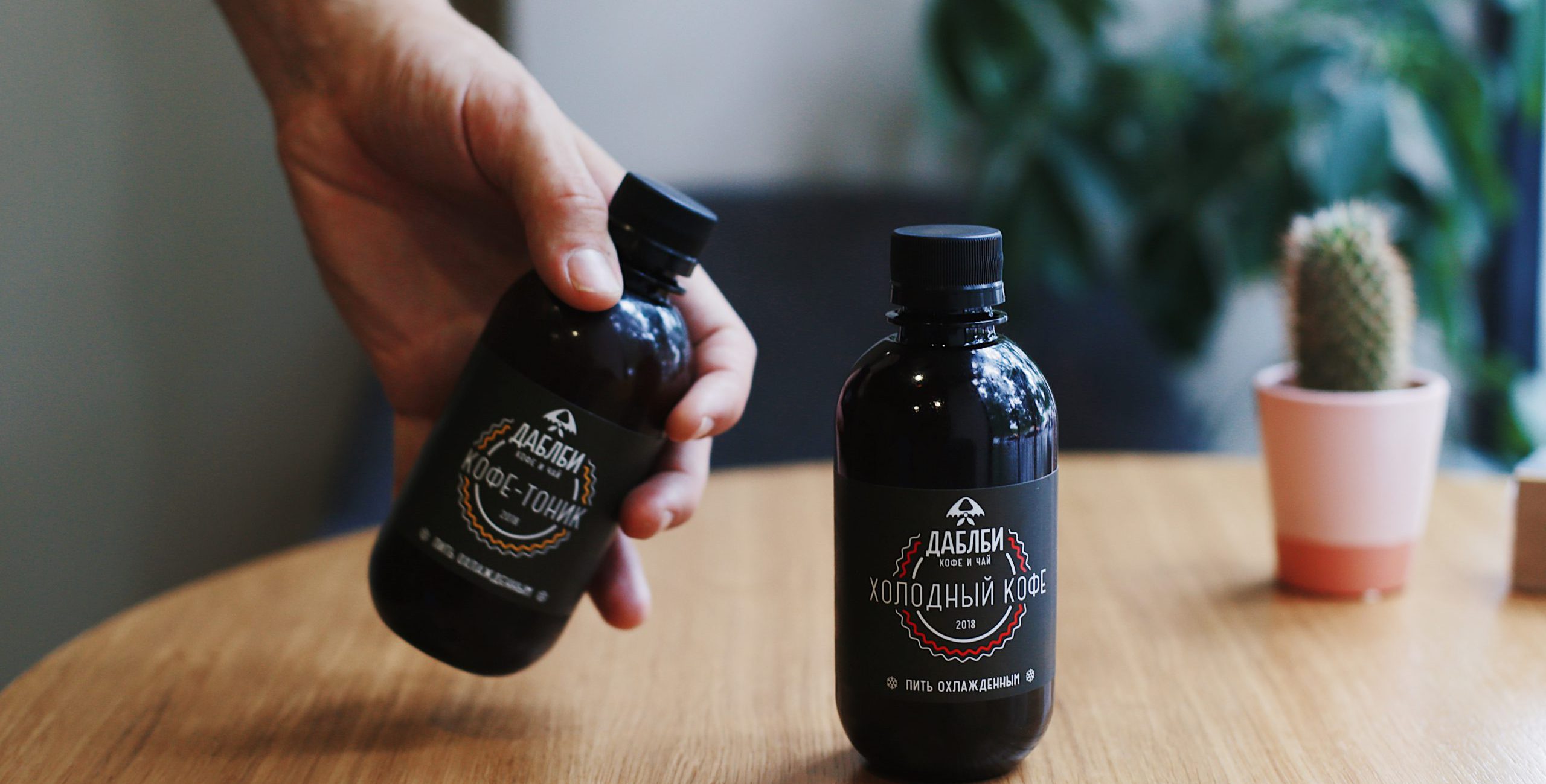 If you think of Russia and drinks, coffee may not be the first one to come to mind. But in addition to the country’s longstanding relationships with tea and vodka, there is a growing Russian specialty coffee scene.

Independent roasters, third wave cafés, and specialty coffee events are all gaining presence here. Let’s take a look at Moscow and St. Petersburg and learn about Russia’s growing coffee scene from the locals.

You may also like What Is “Third Wave Coffee” & How Is It Different to Specialty?

A barista prepares a drink at Double B. Credit: Double B Coffee & Tea

A Drink For The Rich

Tea has been in Russia since the 17th century and elaborate silver samovars (large tea urns) are an icon of the nation. But coffee is not a newcomer to Russia either. The first coffee shop in the country is reported to have opened in 1720 in St. Petersburg.

Irina Blank is the Training Manager at Double B Coffee & Tea in Moscow. She explains Russia’s historical relationship with coffee.

“It was a privilege in the 18th, 19th, and early 20th centuries, before the revolution took place. It was made in ibriks [traditional Turkish coffee pots] and was always a small portion of black and bitter liquid that was only consumed after a meal,” she says.

“Only rich people who could afford coffee. After the revolution, there was no such thing as rich or privileged people, so coffee consumption was almost zero.”

As in many countries, instant coffee dominated in the middle of the 20th century. Irina tells me that “after the Second World War, instant coffee’s popularity was on top.”

She says, “Russia had instant coffee that was sold simply as ‘coffee.’ It was consumed as a ‘medicine’ to help people to wake up and work more, to be more focused and to have more energy. People couldn’t drink it without milk and sugar, because it was extremely bitter.”

This attitude continued for several generations. Irina says, “From the 1970s to 1990s, the culture of brewing coffee at home started to develop, but it was bound to an old tradition: brewing in ibriks, but in larger ones. And instant coffee was still consumed. But nobody loved coffee, it was drank for a purpose, not for pleasure.”

Baristas behind the counter at Laboratoria Coffee. Credit: Yulia Drozdova

A New Era of Coffee Shops

The Russian coffee scene started to change in the 1990s, when Irina tells me that new cafés began to spring up in Moscow. Although the country had had coffee houses since the 18th century, the 1990s saw the arrival of Western-style cafés.

She says, “It was a crazy time of chaos and change in Russia, so different businesses were finally possible. Lots of restaurants and the first cafés opened here and there. [This included] Coffee Bean, a mix of an Italian espresso bar and a coffee shop, but from a Russian perspective. There was no such thing as filter coffee, but [just] espresso-based beverages.”

Baristas at work in Double B. Credit: Double B Coffee & Tea

Anastasiya Chekhovich is Head of Sales at Laboratoria Coffee in Moscow. She tells me more about the development of coffee shops in Russia.

“Russia is still a country of instant coffee. But this picture is changing bit by bit,” she says. “For example, five years ago in St. Petersburg we had two specialty coffee shops and less than 20% of the market worked with freshly roasted coffee. Most of the coffee shops worked with coffee from Italy.”

She tells me that it was difficult to sell the concept of filter coffee. “It was almost impossible to sell filter coffee. I remember customers saying ‘Filter? This cheap watered down thing?’”

But things have changed. Anastasiya says, “Now we have more than 30 specialty coffee shops in St. Petersburg. Filter coffee is common, and sales of black coffee have grown approximately 50% in the last two years.”

A 2015 report from the ICO states: “The coffee market in Russia has been developing significantly over the last twenty years. Russia is now the eighth largest coffee consumer worldwide, and one of the largest markets for soluble coffee.”

Since then, there has been significant growth in coffee consumption and volume of green bean imports. Russia’s specialty coffee industry is mainly in Moscow and St. Petersburg, but there are cafés across the country.

The Big Names In Russian Coffee

One of Russia’s leading coffee companies is Double B, which was established in Moscow in 2012. It has over 100 locations and is one of the nation’s largest coffee chains. The company has multiple award-winning staff members, including Violetta Yablovskaya, 2017 Aroma Masters Champion, and Victoria Kashirceva, 2012 World Latte Art Champion.

Irina tells me how this style of coffee shop gained popularity in Russia.

“The first filter coffee was brought to Russia by Starbucks in 2007. The first location was in a large shopping mall just outside Moscow. It was mind-blowing. [They were] serving coffee and tea in paper cups with names on them. Nobody had seen this [here] before.

“People didn’t have Instagram yet,” she continues. “But even without strong social media support, Starbucks soon became viral, especially among young people. It was a fashionable [thing] and if you were drinking coffee from Starbucks, you were automatically cool.”

A pour over at Double B. Credit: Double B Coffee & Tea

“Drinking coffee was seen as cool because tea was so common and [seen as] for parents,” Irina says. “I think this phenomenon made it possible for third wave coffee shops to open and spread a little later, and that this is why it’s happening so fast. Drinking black coffee was, and still is, counted as cool and not for everyone. Hipster influences haven’t bypassed Russia.”

Irina tells me that Double B is a trend-setter and that smaller coffee shops often model themselves on the company. There are also other chains with a significant presence in Russia.

Shokoladnitsa first opened in Moscow in 1964 and it now has 211 locations. It has recently rebranded to target younger customers. Traveler’s Coffee is another established chain, with its own roastery and locations in 37 cities across Eurasia. It was opened in Novosibirsk in 1998.

You may also like Does Latte Art Make Your Coffee Better – Or Worse?

Inside Double B. Credit: Irina Blank

But Russia’s coffee scene is not all chains. Notable independent cafés offering third wave coffee include Moscow’s Chernyi Cooperative, which is known for experimental brewing methods and an emphasis on black coffee, and Point Coffee, which was active in organizing the AeroPress championship in both 2017 and 2018.

There are also a number of specialty roasters, including Tasty Coffee in Ischewsk, Sweet Beans in Krasnodar, and Coffee Owl Roasters and Camera Obscura in Moscow.

Irina Sharipova is the SCA trainer and Head of Quality at North-West Coffee Company, a roastery in St. Petersburg.

“There are a couple of roasters in every big city in Russia, and it’s getting bigger and bigger,” she says. “It is not so easy to import green coffee. There are a couple of problems with bureaucracy… you have to invest a lot of money. Not everyone can do it and we have a limited amount of traders.”

Anastasiya tells me that Laboratoria Coffee started as a “coffee to-go place” named Barista and eventually grew into a roastery.

“One coffee shop turned into a chain, and then there was an idea to make our own roastery for the chain. This roastery became an independent business named Laboratoria Coffee. Right now, we roast approximately 20,000 kilos per month,” she says.

Russia has its own unique coffee drink. The Raf is a steamed mixture of heavy cream, espresso, and sugar. This rich concoction provides comfort and warmth in cold Russian winters. Irina Blank explains the legend of its invention.

“The story that I heard is that there was a regular customer at that first Coffee Bean café named Rafael. He asked the barista to make him something sweet and pleasant, but not a cappuccino,” she says.

“Somehow (and I have no idea how and why), a barista decided to put 11% cream, espresso, and vanilla sugar into a pitcher and steam it like a cappuccino. Rafael loved it. And all his friends loved it. So they started to ask for coffee ‘like for Raf.’”

Today, the Raf is reported to be the second-most popular coffee drink in Russia, behind the cappuccino. Irina Blank tells me that the Lavender Raf is a signature drink at Double B and Anastasiya says it is “a great pathway coffee for those who never liked coffee at all.”

A vanilla Raf with marshmallows from Coffeemania. Credit: Daria Makarova

Russia is slowly making itself known in the international coffee world through participation in trade fairs and barista competitions. Irina Blank tells me that the first Russian Barista Championship took place in 2003.

“Currently there are 14 qualifying rounds, which all take place in different Russian cities and sometimes include not only the Barista Championship, but also competitions for Latte Art, Brewers Cup, and Cup Tasting,” she says.

“Year by year, the championships grow. This year, there were 45 competitors in the Moscow Barista Championship alone.”

Henry Wilson, the founder of Perfect Daily Grind, recently attended the Pir Coffee expo in Moscow, where he gave a presentation on modern coffee media.

He tells me that during his time in Russia he noticed a preference for African coffees with juicy, fruity profiles and that he was interested to see how third wave cafés blend Western and Russian cultures.

“I saw high-end, exotic filter coffees, but also cleverly made drinks to suit the average Russian taste, such as the Lavender Raf,” he says.

The Obstacles Unique to Russia

Russia has some particular barriers for coffee shops and roasters. A 2012 study comparing local prices of a Starbucks coffee revealed that it is most expensive in Russia, at over US $12. Specialty coffee is still a luxury for many.

Anastasiya told me that unexpected currency changes and low average wages are obstacles to development, but that they are not stopping it.

She says, “Language used to be an issue. We had almost no information in Russian, but now coffee specialists are learning English. We have books translated and they are selling pretty well.”

Anastasiya continues, “It’s a bit hard for Russia to be part of SCA community because most of the benefits you can get are in Europe and it’s not cheap for a regular barista to get to Europe. We [also] have baristas from Crimea who cannot take part in competitions due to the political situation and sanctions.”

Russia’s specialty coffee scene is still in its early years, but it is thriving. Moscow and St. Petersburg have coffee shops that offer a unique and fascinating fusion of cultures.

It’s clear that Russia has embraced the third wave movement and that innovative roasting and brewing techniques are growing here. The nation is also steadily making inroads in international coffee competitions and events.

It is definitely worth keeping an eye on the developing Russian coffee scene.

Enjoyed this? You may also like Why Is Poland’s Specialty Coffee Market Beginning to Bloom?