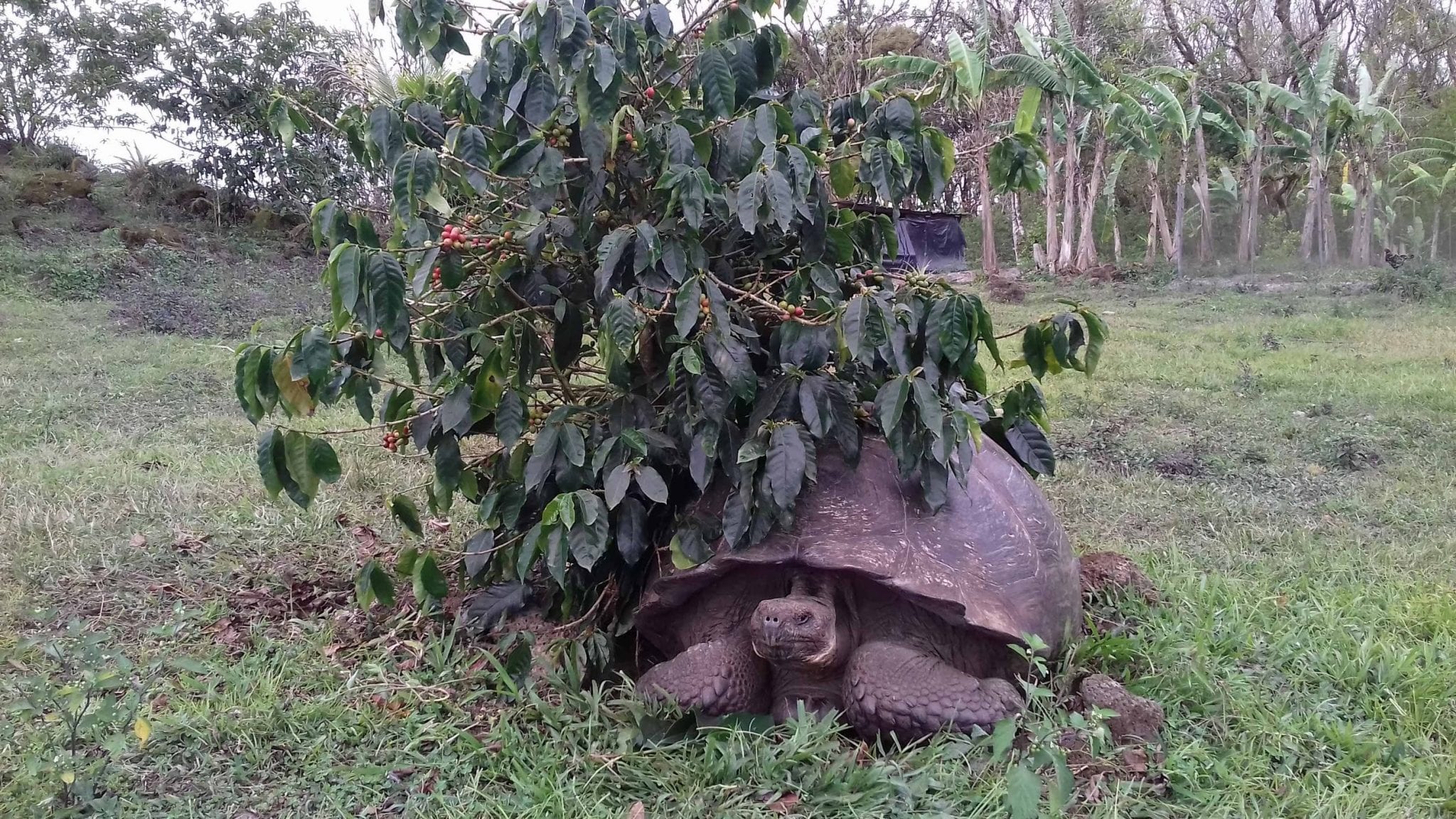 Welcome to Ecuador. This small country may not make the list of the world’s most-famous coffee-producing countries, yet head out of the cities to the Andean mountains or fertile Amazonian basin, and you’ll find coffee cherries slowly ripening on small farms.

But what flavour profile does an Ecuadorian coffee have? What are the different regions? And what varieties and processing methods will you encounter? I spoke to several experts to find out. Read on to discover the answers.

The Sweet Flavour of an Ecuadorian Coffee

What marks out an Ecuadorian coffee? Sweetness. All of my interviewees agree on this.

Carlos de Valdenebro is Caravela Coffee’s Country Manager for Ecuador and Colombia. He tells me that Ecuador’s coffees are juicy and complex, with a lot of jam notes, sweetness, medium acidity, and yellow fruits.

Ted Stachura, Director of Coffee at Equator Coffees Teas in the US, tells me that for the best lots coming out from Ecuador, “what I find is a very concentrated degree of flavour… whatever it might be.”

And the notes that these best coffees tend to have? “Flavours that are kind of stone fruits, such as peaches, apricots, lots of plums… lower-acid fruits. They still have good acidity; they are very high elevation. Some of the best lots have floral characteristics, too. It is just a very well-balanced and satisfying coffee [when drinking] the best that Ecuador has to offer.”

David Kastle, Senior Vice President at Swiss Water Decaffeinated Coffee Company, tells me that his company has recently sourced an Ecuadorian single origin coffee for their Small Batch Series of limited-edition offerings. He tells me that Ecuador stood out to his team for the sweetness of its coffees.

“I don’t see [Ecuadorian coffees] with high acidity, but what I do find pretty consistently is a coffee with a creamy body and particularly the sweetest-tasting coffees I know… Gentle, floral, fresh fruit flavours but not huge body, not overly fruity, not screaming acidity… To me, [it’s] a very satisfying coffee,” he says.

A Small Country With Great Potential

When Ecuadorian coffee is so delicious, it might seem strange that it’s not more popular. But there’s a reason it isn’t as famous as, say, coffee from Colombia or Brazil. It’s not for lack of potential but simply because the country’s harvest is small – and, unfortunately, in decline.

What’s more, in 2017, FAS Quito reported,  “FAS Quito is revising downward its MY 2016/17 coffee production estimate to 170,000 bags, reflecting a production decline of 24 percent compared to MY 2015/16 levels. Production fell due to lower yields as a result of a lack of investment in rejuvenating plantations. This situation could start to change in MY 2017/18 if productivity increases, as announced by the Government of Ecuador.”

But why is there a lack of investment? And why are so many planted hectares going unplanted? Especially in a country with such a delicious flavour profile and relatively good connections to importing countries.

Why Is Coffee Production Declining?

Carlos says that there are many reasons for Ecuador’s declining coffee industry:

Low Productivity: Farms produce, on average, 400 kg of coffee per hectare. Carlos tells me that this is a third of Colombia’s productivity.

Dollarisation: In the early 2000s, Ecuador faced its worst economic crisis since the Great Depression. Politicians, desperate for a solution, turned to dollarisation. Ecuador gave up its local currency and instead adopted the US dollar. However, this gives the country little control over its own monetary policy, and Ecuador still has less economic stability than the US. This has a knock-on effect on producing communities – and, in particular, has prompted many to leave the farm behind.

Emigration: Carlos explains that, with Ecuador’s financial struggles, younger generations have migrated away from the farms and often abroad, to countries such as Spain, Italy, USA, Canada, and the UK. In rural areas, the older generations are left behind to tend the farms. “Today, the average age of a coffee producer is 60 years old,” he says, “meaning that the labour force is old.”

High Production Costs: Dollarisation meant that the price of goods in Ecuador is now tied to the strength of the US economy – which tends to appreciate faster than in Latin American countries. And with that, wages also need to increase.

Carlos tells me that a coffee picker in Ecuador will earn around US $20 a day, significantly higher than in neighbouring Colombia. “This makes it a snowball effect,” he says, “since Ecuador not only has a low level of production but that production is also very expensive.”

Yet it would be a mistake to think of Ecuador’s coffee production as simply being in decline. For a small country, Ecuador has an impressive amount of diversity – in climate, in varieties, and in farms and farming practices.

The Two Types of Ecuadorian Farms

Carlos says that Ecuador’s 75,000 coffee producers can be divided into two groups. In the north of the country, in mountainous Pichincha and Imbabura, you will find professionals from other industries: architects, doctors, and so on.

According to Carlos, many of these have started farming specialty coffee because they see a potential for profit. “These producers have a more business-like focus,” he says, “with bigger farms.”

And as Ted tells me, “There are… a growing number of producers that are interested in very high-quality coffee, interested in improving quality. [They’re looking at] everything from processing methods, variety separation, and all the things that specialty roasters are interested in.”

But Carlos explains that you’ll also find smallholder producers in Ecuador, with just two to three hectares of coffee on their farms. They are forced to also grow other crops, such as cacao, cotton, and sugarcane, to make a living.

It’s these farmers who produce the instant coffee that Ecuador is so famous for. In 2016–17, 84% of Ecuador’s coffee exports was soluble.

What’s more, across Ecuador, there are 85,000 hectares of Arabica and 110,000 hectares of Robusta – a symbol of Ecuador’s two coffee industries, quality and commodity, growing side-by-side.

The Different Coffee-Growing Regions of Ecuador

Yet it’s not as simple as a north-south divide. You also have to consider the diversity of terroir.

Situated in the northwest of South America, Ecuador is bordered by the Pacific Ocean. Further inland, the Andes run the length of the country. And then, to the east, you find the Amazon.

Even this is, of course, a generalisation.

In the south of the country, Carlos tells me that you’ll find Typica, Caturra, and Bourbon growing at 1,700–2,300 m.a.s.l., mainly in the mountainous Loja, Amazonian Zamora, and coastal El Oro areas.

It’s from Zamora that Swiss Water sourced their fully washed, organic, sun-dried Typica-Caturra coffee. It was grown in Chinchipe, Zamora by the ACRIM co-operative. Here, the cooperative says, coffee is grown under shade and intercropped with plantain.

In northern Ecuador, you’ll find coffee grown in Pichincha, Imbabura, Sucumbíos, and Orellana. Carlos tells me that varieties such as Colombia and Castillo have been imported from Colombia and planted here.

In the coastal province of Manabí, coffee is generally grown at 600–800 m.a.s.l. Carlos describes it as “a geographic location with particular climates where the temperature is relatively low, which brings great potential for natural processed coffees as the weather is quite dry after the harvest.”

Carlos also tells me that he’s seeing an increase in rust-resistant coffee varieties, such as Sarchimor. Coffee leaf rust can pose a significant threat to coffee producers; it devastated Latin American crops in 2012. Rust-resistant trees offer security but often have a less complex, acidic, and sweet flavour profile.

On the other hand, he adds, you can also find Sidra in Ecuador: a rare variety with a reputation for quality.

Discover more! Read What Is Terroir & How Does It Affect Your Coffee?

Ted tells me that Ecuador is known for its washed processing: a method that results in clean coffees. You can also get fully washed or double washed coffees – in fact, this is the processing method used for the Swiss Water Typica-Caturra small batch coffee from Zamora. These are processed using a method from Kenya that results in exceptionally clean lots. In turn, this allows all of the coffee’s complexities and flavours to shine.

Mario Idrovo, the 2017 Ecuador Barista Champion, also adds that there is a growing trend for natural and honey processed coffees, especially in Loja. In fact, in the World Barista Championship, he presented a natural processed Ecuadorian coffee produced by Murray Cooper.

When working with a washed coffee, he adds that you would look for a clean cup and bright acidity, juicy body, and floral fragrance (and probably with orange or lemon notes). With a honey or natural, however, he would expect to see more body, sweetness, and fruity notes.

Ecuador’s coffee may not be well-known compared to that of its neighbours, but it deserves our attention. With its sweetness, body, fruitiness, and floral notes, it can offer a delightful cup of coffee.

The challenge? To nurture the country’s dwindling industry, increase productivity, and help producers tackle the high costs associated with coffee production. These are all real issues facing Ecuador.

But in the meantime, if you get the opportunity to try an Ecuadorian coffee, I encourage you to do so. Savour the sweetness and understand the story behind the cup.

Enjoyed this? Check out 5 Reasons Why Specialty Coffee Is Taking Off in Ecuador

All quotes from Carlos de Valdenebro and Mario Idrovo translated from Spanish by the author.

Please note: This article has been sponsored by Swiss Water Decaffeinated Coffee Company.

A Producer’s Guide to Preparing Coffees For Export
Want to Solve The Coffee Price Crisis? Stop Looking at Coffee
How to Choose the Best Shade System for Your Coffee Farm
Can We Improve Efficiency & Quality in Coffee Picking?