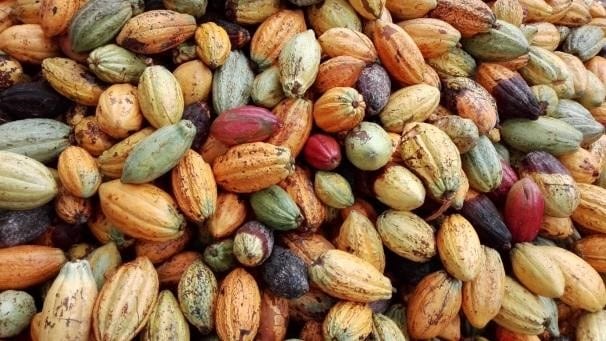 Ever tried Togolese chocolate? You should.

Togo might not immediately come to mind when you think of cacao-producing countries, but its distinctive flavour profile and investments in processing are drawing international attention. Read on to discover everything you should know about Togo’s cacao industry.

You may also like: A History of Chocolate Consumption Around The World

The Taste of Togolese Chocolate

Cacao from Togo often has a full-bodied flavour, like that of Ghanaian beans. You can also find hints of herbal, woody, coconut and almond flavours. It’s these notes that distinguish the beans from those of neighbouring regions.

As for a Togolese chocolate bar, expect it to taste sweet. 70% Togolese bars can taste as sweet as a more sugar-heavy 60% bar from another origins.

Togo’s Place in The Cacao Industry

With a land size only slightly larger than Denmark and a population of approximately 8 million, Togo is among the smallest countries in Africa. It’s also one of the poorest countries in the world, with the majority living in poverty.

Cacao is critical to its economy. Over 60% of the labour force works in agriculture – mainly in cotton, coffee, and cacao – and this industry generates approximately 40% of GDP.

More than 90% of Togolese cacao is cultivated in Plateaux, a region about a three-hour drive north of the coastal capital, Lome. The remainder is from the Centrale region, which is just north of Plateaux.

It’s difficult to obtain accurate figures. However, despite the importance of cacao to Togo, the country is estimated to produce and export less than 1% of the global cacao bean supply.

A Togolese chocolate is a rare treat – but one that can have a significant impact on the producing community.

Life As A Cacao Producer

Farmers in the Kpalime and Badou villages in the Plateaux region tell me that their cacao farms are smaller than one hectare per household, while the yield is approximately 400 kg per hectare.

“Since our farm isn’t very large, we can pay attention to every step from harvest to drying, which is not the case if you own large plantations,” says Asoba, a cacao grower in Badou.

Most cacao trees growing in Togo are Amelonado, a subspecies of Forastero. The main harvest takes place between October and March and farmers are responsible for their crop from harvest to drying. The beans are then bought by cooperatives.

Many of Togo’s farmers have organised into producer associations, which are then organised into unions. The unions make up an umbrella federation (FUPROCAT) and there are several supporting bodies for cacao producers.

The most notable is Unité Technique du Café-Cacao (UTCC), a department under the Ministry of Agriculture & Rural Development. UTCC hires agronomists, agricultural engineers, and other professionals in coffee and cacao to provide technical assistance and training to farmers.

Farmers here have a good level of practical knowledge about fermentation techniques and quality standards. This is the result of continued efforts from supporting international organisations, social businesses, and local government agencies. On a trip earlier this year, I found that even remote villages had received training in cacao production.

Komi, a leader of 13 farmers in Antimovo (approximately 240 km north of Lome), says, “Every member of my group had an opportunity to learn valuable skills for appropriate fermentation and effective farm maintenance from a local social business.”

New Ideas in the Cacao Industry

Togo’s cacao industry is dominated by large local exporters, but there are new initiatives being promoted that aim to radically change it.

I visited a chocolate factory in Kpalime run by Choco Togo. This multi-award winning cooperative was started by socially driven youths in 2013. It is the first Togolese cacao processing company and has produced several tonnes of chocolate for domestic distribution. The company has recently expanded to sell to Europe and Asia too.

Product diversification has helped the company to see success. Choco Togo has shipped approximately 2,500 kg of roasted and hand-peeled cacao nibs to Asia. Most cacao beans are traded with husks on, but buying peeled beans can reduce chocolatier’s work.

Removing the husks is hard work, but the task generates jobs at origin. To date, Choco Togo has employed approximately 40 local women at its facilities.

You may also like: Introducing The Different Fine Cacao Origins Around The World

But this is just the beginning of Choco Togo’s efforts. Delia Diabangouaya, one of the co-founders of the company, says that they intend to go beyond developing a market for Togolese cacao and paying premium prices to the growers.

Many communities in the cacao-producing regions lack access to basic necessities. The social enterprise plans to address this through a fund for community development projects, such as repairing schools and improving access to clean water.

The work of Choco Togo, supportive government agencies, and other entities is having an impact. Togo is slowly beginning to promote itself as a producer of sweet, full-bodied, fine cacao. Investments in training are resulting in better quality products, while product diversification creates more jobs in an extremely poor country.

The Togolese fine cacao industry may be small, but it’s worth paying attention to.

Enjoyed this? Check out Bean to Bar Chocolate: What Does This Label Really Mean?

Ryou is a remote contributor