Perfect Daily Grind > Café Management > What Are The Benefits of a Coffee Shop Association? 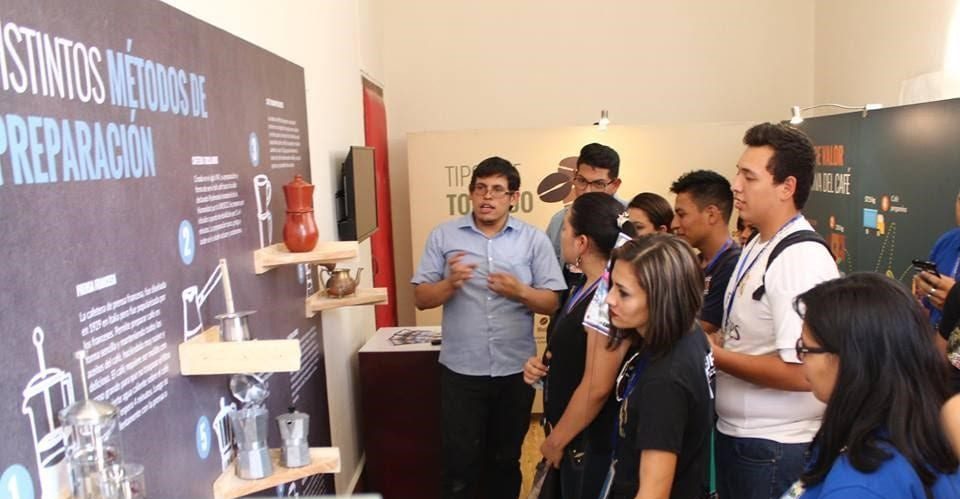 Could a coffee shop association be the solution to many of these? Let’s turn to one small Honduran city to find out.

The City That Lives on Coffee

Welcome to Santa Rosa de Copán. In this small corner of the world, people still wish each other “good morning” on the streets – or, to be more precise, buenos días. And its colonial architecture and cobbled streets are almost as charming as the friendly neighbors.

As you wander through the city, don’t be surprised if you smell freshly brewed coffee. After all, it calls itself The Capital of Fine Coffee for a reason. It has a café for every 2,267 inhabitants.

It’s also the departmental capital of Copán, one of Honduras’ six coffee-producing regions, and known for its coffee’s chocolaty notes, aftertaste, and balance. Honduras was the world’s fifth-largest coffee producer by volume in 2017, and you may well be able to drink locally grown, roasted, and brewed coffee in one of Santa Rosa de Copán’s many cafés.

Discover more of the city in A Specialty Coffee Shop Tour of Copán, Honduras

This love of coffee means that cafés must work hard to compete for loyal customers – but in 2016, they realized that sometimes competing meant they lost out on opportunities.

From Competitors to Collaborators

At a meeting of the city’s Tourism Chamber, a casual chat between two coffee shop owners turned into a business plan. The two knew that, by working together, they could get better deals from suppliers.

Would other coffee shops be open to working with them? They had doubts: they were, after all, competitors. However, they didn’t let this stop them from reaching out. Together, they knew, they would reach places they could never manage alone.

“I felt a lot of initial enthusiasm and, at the same time, fear of rejection from the other cafés,” says Sonia Peña from Café de las Velas, one of the two founders of the association.

Salomé Cardoza from Kaldi’s Koffee Shop tells me, “I thought that due to the maturity [of the idea] and the fact that each cafetería [coffee shop] has a different concept and a unique way of working, this initiative was going to be well received. However, considering it was something never seen before, the result was uncertain for me.”

Once competitors, they were now collaborators – and this would prove to be key to their success.

The first meeting of the ACOH. Credit: Sonia Peña

Finding Support Outside The Coffee Industry

ACOH recognized that it wasn’t enough for just the cafés to come together. To make a real difference, they needed to work with organizations outside of the coffee industry. Right from the start, ACOH looked for alliances with local development organizations.

Once they had built these alliances, the benefits came quickly.

In October 2016, the Agency of Local Strategic Development coordinated a meeting with Colombian entrepreneurs. Just days later, the Tourism Chamber arranged for wholesale tour operators from Germany to meet the association. They set up a cupping table with samples from the members’ coffee shops.

And before the end of the month, the association participated in the Sustainable Rural Tourism Congress, which welcomed visitors from all over the country.

The obvious success of the association led to seven more local coffee shops joining ACOH. Now, 14 coffee shops were working together with one goal: to demonstrate why Santa Rosa de Copán deserved its nickname as the Capital of Fine Coffee.

The association received an invitation from the Costa Rican magazine El Cafetalero to participate in a forum of experts on coffee. The event provided an opportunity for ACOH to fulfill ones of its objectives: to train baristas on how to get the best results from their coffee.

What can one coffee shop achieve? Very little. But by working as an association, these small café owners had succeeded in marketing their region on an international scale, training baristas, and growing in numbers. All it took was a little collaboration.

Take a look at: How Training Cuppers Supports Specialty in Honduras

But the marketing didn’t stop there. The association was keen to promote local coffee shops both inside and outside of the region. Internally, to promote consumption and the growth of the local coffee industry. Externally, to drive national and international touristic and business interest.

Each year, Santa Rosa de Copán hosts one of the region’s most important events: ExpoCopán. The multi-day event takes over the city with thousands of visitors, who explore a program of public displays related to culture, gastronomy, and coffee. In 2017, all eyes were on the newly founded ACOH.

Together with the Art and Culture Center of La Universidad Autónoma de Honduras (UNAH), the association created an interactive museum called Café, Tierra y Sociedad (Coffee, Land and Society). Yet again, collaborating helped the team to raise the profile of their city and their individual businesses.

ACOH considered catering to children a priority. After all, they would be the next generation of coffee drinkers, farmers, and baristas. Through sensory workshops, tastings, and arts and crafts, children of different ages learned all about coffee.

A coffee cart moved through the city serving specialty coffee directly to locals. There were expert talks, tasting competitions, barista demonstrations, and more.

And shortly after, the association released a short video showing how hot coffee runs through the veins of this small city.

It would not have been possible for an individual coffee shop to have had such a large presence at ExpoCopán, or to film a professional video. However, by pooling resources, the local café owners were able to promote both their individual shops and their city. Their voice was amplified – and the costs reduced.

What Next For The Coffee Association?

From the very beginning, one of ACOH’s objectives was to make joint negotiations and purchases with suppliers. By working together, the association can more efficiently research products, suppliers, and producers. As a group, ACOH has more purchasing power than individual shops.

Similarly, the association wants to collect data on the prices of suppliers and so support its members.

But it’s not just about the financial benefits. Working together also allows the coffee shops to encourage social and environmental movements, such as eliminating foam cups and providing venues for arts events. The association is currently involved in creating a coffee-themed mural that will further promote the city as the Capital of Fine Coffee.

Collaborating also allows the shops to pool educational resources. The coffee shops can train baristas among them to take advantage of each member’s skills.

Trade associations are nothing new in the coffee industry, but they’re most often either at a national level or of coffee producers. But when cafés band together, they can achieve more. From improved bargaining power to staff training, and from market research to marketing, a coffee shop association can support the small businesses serving up a city’s coffee.

Enjoyed this? Check out A Specialty Coffee Shop Tour of Copán, Honduras

Jorge is a contributor based in Honduras

Interview With Andrea Allen: Where Are the Female Coffee Competitors?
Do You Know the Truth Behind These 6 Coffee Myths?
5 Social Media Tips for Coffee Professionals
Married to a “Coffee Professional”: What Does That Mean?