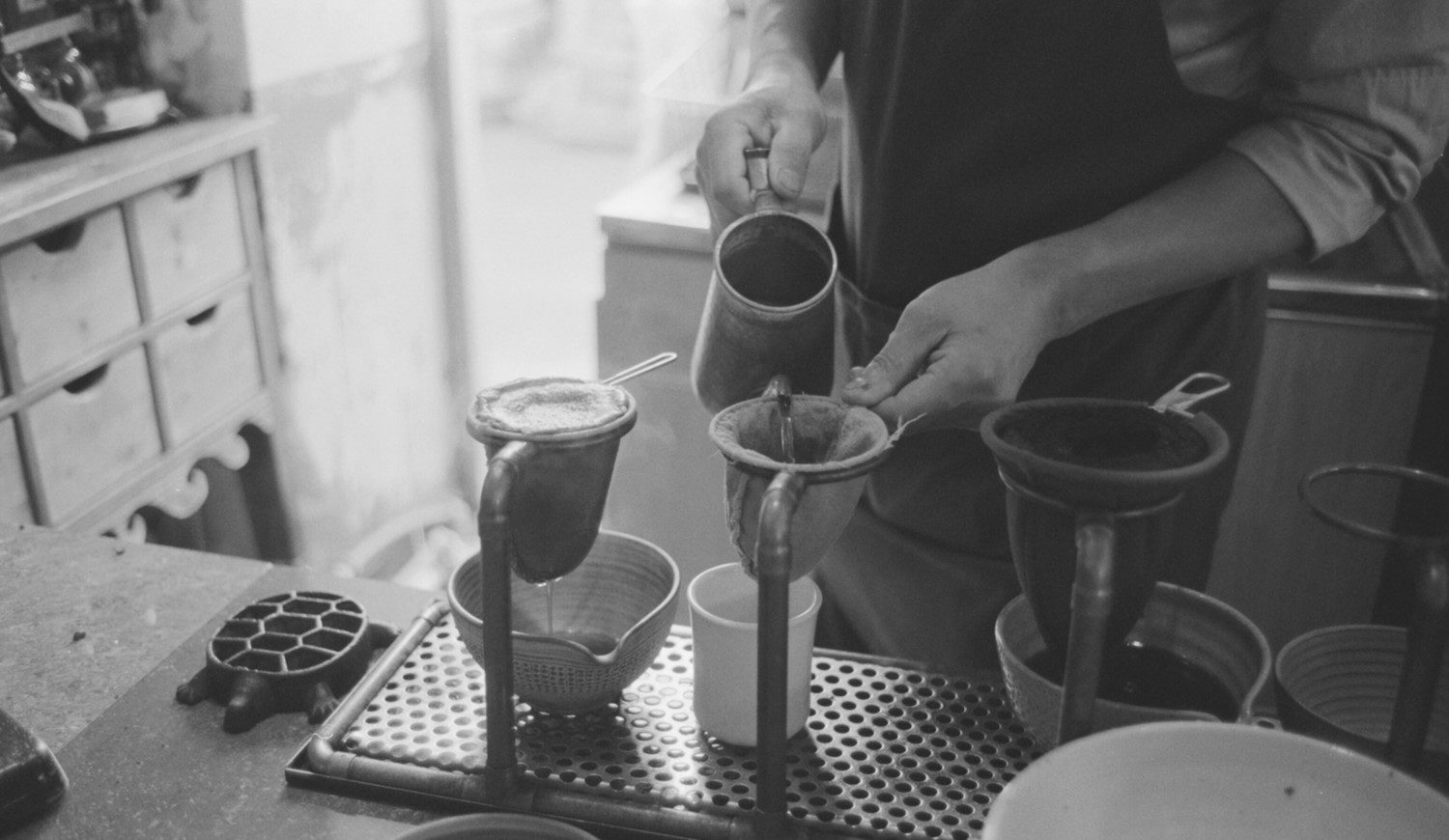 If I say “Costa Rica” and “coffee” to you, what images come to mind? Mountainous farms? Honey processed beans drying on raised beds? Delicious single origins being brewed around the world?

But what if I told you that you’ll also find Chemex coffee and third wave cafés in my small Central American country? Specialty versions of traditional Costa Rican brewing methods, like the Vandola? Experienced, well-trained, and passionate baristas?

Today, there is a growing specialty coffee scene in Costa Rica. We have the third wave.

But what do the three waves of coffee look like, outside of the global north? How does a producing country’s coffee history vary from an importing country’s? Let’s take a look.

The 3 Waves of Coffee

Traditionally, the three waves of coffee are considered to look like this:

That’s what we mean when we talk about the waves of coffee in the US, or Europe, or Australia… but what about in producing countries, like Costa Rica?

Coffee was first introduced to Costa Rica early in the 19th century. Consumption rose in the 1820s and the brew soon became an integral part of everyday life. With many families involved in production and processing, the beans were readily available.

In the 1840s, Costa Rican wives, mothers, and daughters began to roast and brew coffee at home for breakfast. They used an earthenware griddle and then ground the beans in a pilón, a type of mortar.

Over the next few decades, the demand for coffee grew. Small businesses offered it as part of their inventory, while pulperías provided roasting and grinding services for those who brought their own coffee beans.

However, while beans of various qualities were available at different prices, Costa Ricans mainly drank coffee which had been rejected by exporters. Adulteration also made a daily brew more affordable for the working class, resulting in even higher consumption. At the same time, health authorities became concerned that coffee could be mixed with potentially harmful substances.

And unlike the United States, Costa Rica’s first wave was not driven by specific brands such as Folgers or Maxwell House – or at least, not until after 1910. Until that point, coffee advertisements in local newspapers tended to focus on the local coffee shop or roastery in which consumers could buy the coffee. In this sense, Costa Rica’s first wave had more in common with the global north’s third wave.

Coffee pickers on a Costa Rican farm at the end of 19th century. Credit: Original photographer unknown. This version was taken by Rodtico21 via Wikimedia Commons in the National Museum of Costa Rica.

The first wave continued for a long time: according to Fabiola Solano, a Costa Rican barista and the voice behind Soy Barista, it wasn’t until the 1980s that we saw the next wave. What’s more, it didn’t look exactly like the traditional “second wave”.

In the global north, we see coffee consumption moving from the breakfast table to the coffee shop in the second wave. And in Costa Rica?

Carole Zbinden, Director of Garden of Aromas Specialty Coffee Micro-Mill tells me, “It has always been tradition for Costa Ricans to drink coffee outside of the home.” (Translated from Spanish by the author.) And coffee geek Manuel Valverde Monge adds that while people didn’t go out of their houses necessarily with the specific intention of drinking coffee, Costa Ricans often used to stop off to drink one in a soda – a small restaurant serving local food and drinks.

However, the coffee being served in the sodas tended to be a low-quality, commercial grade product. And while some Costa Rican brands attempted to move towards higher quality (much like in countries such as the US, during the second wave), the big, international brands had yet to make an appearance.

Costa Rica has been producing specialty coffee since at least the early 2000s. Faced with a drop in coffee prices, producers needed a way to make their product stand out in the international market.

But what about the consumption? Were Costa Ricans drinking the high-quality brews they laboriously grew?

Juan Garcia, owner of Underground Brew Café, tells me that an interest in specialty coffee has been around for the past three or so years, especially among people aged 20 to 40. This group, he says, is more willing to pay higher prices and value quality over quantity.

Third wave shops and roasters are now emerging, mainly in San José, the capital. You’ll find specialty coffee in cafés and restaurants, new brewing methods, and coffees from micro roasters for home consumption. (Although Manuel Valverde Monge argues that there have always been micro-roasters, where people could choose from a variety of coffees.)

The role of the barista has also recently gained importance. Fabiola Solano tells me that specialty shops look for candidates with both skill and expertise. Baristas are expected to share their coffee knowledge with customers while brewing.

And both Costa Ricans and tourists can learn about production and processing, through courses, cuppings, and farm visits.

However, Juan Garcia tells me that high prices and a long tradition of commercial-grade coffee in Costa Rica still limit the spread of specialty coffee culture. Many locals expect – and enjoy! – a bitter, cheap brew.

There’s a small group of people who argue that we’ve already reached the fourth wave of coffee. But if you ask me, Costa Rica is still fully immersed in the third wave.

At this stage, coffee aficionados and professionals are becoming better informed, thanks to courses, workshops and better customer service.

Over time, Costa Rica’s coffee journey has become closer to that of the global north. Fabiola Solano remarks that Costa Rica’s third wave coffee scene is comparable to the U.S. to a certain extent, but there is still a lag in knowledge and skills. Importing countries currently have an edge over producing countries.

Carole Zbinden would like to see more restaurants and hotels offer specialty coffee, believing that this will help the country’s coffee industry. And Juan Garcia adds that coffee shops are key to this growing movement, but it would also be interesting to hold workshops targeted towards younger Costa Ricans.

A barista prepares to brew with two Kalita Waves; he rinses the filters first to prevent the coffee having a papery taste. Credit:Jakub Kapusnak

Although the three-coffee-wave concept can apply to a producing country, the story of a nation’s relationship with coffee will always be, in some ways, unique. In Costa Rica, we saw micro roasters early on, before they became replaced by big brands. We saw adulteration and a far longer first wave.

And we see an exciting future for our specialty coffee culture – one that features third wave brewing techniques along with farm visits and an understanding of processing.

Enjoyed this? Check out A Brief History of Coffee Consumption