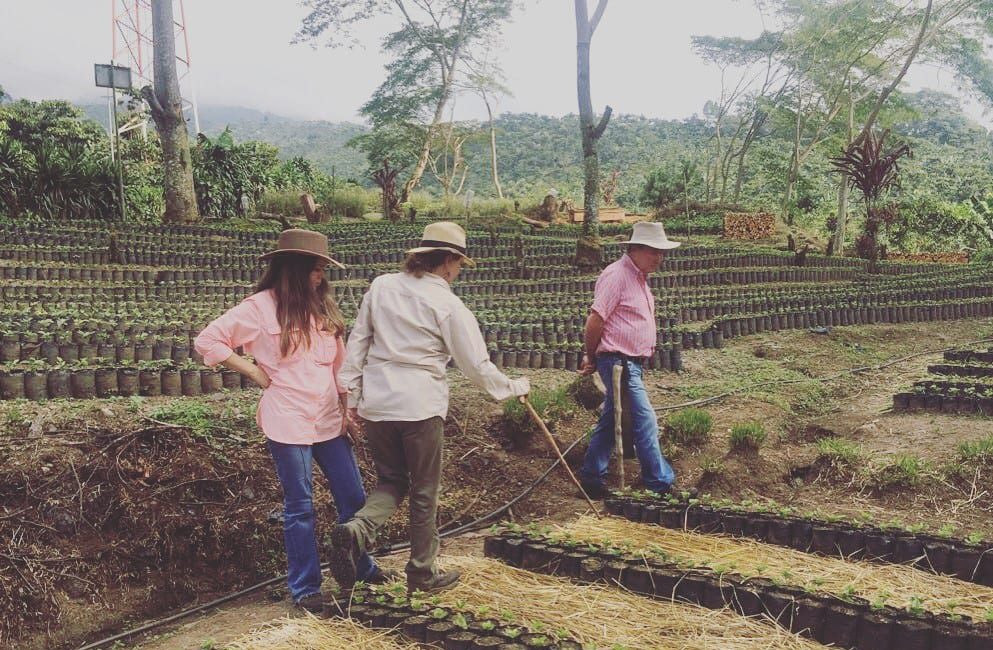 Guatemalan coffee producers face many challenges, but a group of young entrepreneurs are teaming up to find solutions. Low coffee prices, marketing, areas of opportunity for growth – their goal is to tackle all these points and more.

Because Guatemala’s youngest generation of coffee professionals are the future of the country’s industry.

Back in December 2017, Perfect Daily Grind facilitated the first meeting of Guatemalan Young Entrepreneurs in Coffee with more than 25 coffee representatives, ranging from producers to baristas. Now, the network runs independently and has established its own objectives and methods. I reached out to Co-Leaders Isabel Rodríguez and Daniel Montenegro to learn more about why the network is needed and what they’re achieving.

Coffee producers face numerous challenges, but one of the most pressing is prices. In the worst of cases, current market prices won’t even cover a producer’s costs. In the best of cases, profit margins are still too low.

What’s more, the daily fluctuations of the market price (the “C price”) and exchange rates can make planning ahead challenging. Coffee prices are set in US dollars in New York; costs, including labor and equipment, are normally paid for in the local currency.

With the varying sizes of farms and the fact that costs are affected by local labor laws and availability, transport, infrastructure, climate, and more, it’s hard to quantify the profitability of coffee farming. However, thirty producers from Huehuetenango, Guatemala, agreed to contribute their data for producing parchment coffee in 2017/18. From there, I worked with the Guatemalan Young Entrepreneurs in Coffee network to create the following averages:

Huehuetenango may be a specialty coffee region, but profit margins still force producers to make difficult decisions: how much can they afford to pay coffee pickers? Can they afford the farming costs of high-quality coffee varieties, which are often more fragile? In fact, can they even afford the costs of farming coffee?

In this context, it’s vital that Guatemala has a network of leaders willing to discuss the challenges, suggest solutions, and share expertise and experiences.

And it’s important that this network includes the younger generation working within the coffee industry. As Daniel says, “We are the future of the country. If there are not enterprises to promote the economy and the growth of the country, there is no future.”

Younger generations are often the ones giving up coffee farming for more profitable enterprises. Isabela tells me that there is “an abyss of missing knowledge among the newer generations of coffee producers” and this can make it hard. “There is a lot of responsibility for young people,” she says. “We are few.”

But in this light, it’s even more important that young entrepreneurs are empowered to improve the industry. “Young generations have to see how they become profitable, given that the coffee business is clearly no longer the same as it was before.”

A Plan for Change

Guatemalan Young Entrepreneurs in Coffee was created with the following objectives:

Isabel and Daniel were elected to head the network because of their passion, leadership, sense of responsibility, and interest in helping Guatemala’s coffee production chain to improve. From there, they started to work on their objectives and mission.

Their goal is to:

What’s more, they want to work not just with producers but across the entirety of Guatemala’s coffee industry, which they divided into four sectors:

Making a Difference at The Source

Through these objectives, the network wants to stimulate the growth of the coffee industry and support every participant in seeing greater profitability. They want to represent, motivate, and involve the young entrepreneurs that work in the production chain, regardless of their particular sector.

It is a huge mission, but the entrepreneurs are optimistic. They hope to also have the support and endorsement of other Guatemalan bodies, so they can be an official non-profit movement.

When we discuss the state of the Guatemalan coffee industry, Isabel tells me that she hopes to one day say, “Coffee production used to be like this… but now we have achieved something different.”

Isabel is not the only person with hopes. Lorena Calvo of Finca Bohemia in Quetzaltenango, Guatemala says, “The topic of entrepreneurship is another area for productivity in coffee. The producer who packs and exports earns more than someone who is just a producer.” She tells me that many young people are becoming more entrepreneurial with the aim of improving profitability – something that benefits the country.

Yet she also hopes that Guatemalan Young Entrepreneurs In Coffee will be able to encourage the local consumption of coffee. She wants to see local consumers of Guatemala’s best coffees, in addition to exports of it.

Surviving in a highly competitive market such as the coffee industry means working together. Through collaboration, opportunities can be detected and taken advantage of. Challenges can be solved or, at least, limited. Partners can support each other through the sharing of expertise and advice.

Guatemala’s Young Entrepreneurs In Coffee are facing a difficult future, one with low prices and little stability. Yet they are determined to not just accept this future but to come together to ensure a better coffee industry – for themselves and everyone within it.

Enjoyed this? Check out A Roaster’s Guide to Guatemala’s Coffee

Coffee Lover, agronomist engineer. Background on investigation, teaching and project development. Enjoy traveling and a cup of coffee every moment.