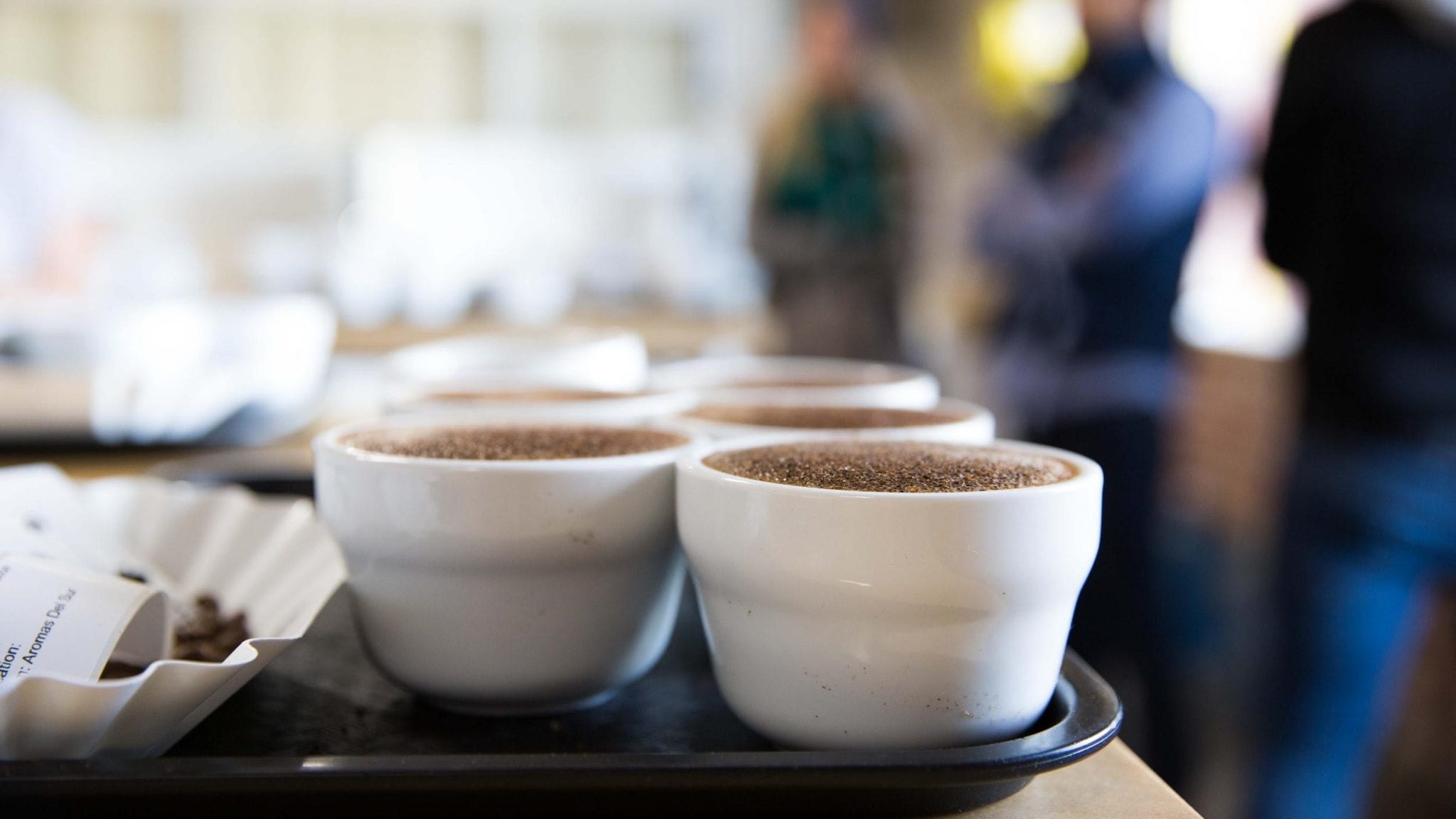 Once you get into coffee, it can be hard to get out of it. Or so Nora Šmahelová would tell you.

She’s a German Barista Champion, Co-Owner and Co-Founder of Chapter One Coffee in Berlin, World Coffee Events judge, Authorised SCA Trainer, Ally Coffee representative selling green coffee beans, and more. She boasts an impressive CV – but it all started out quite by accident. For a long time, even after winning the national barista championship, coffee was simply a way to fund her “other career”.

I reached out to her to find out more about how she went from a part-time barista to one of Berlin’s coffee stars – and what you can learn from her success.

Have The Right Attitude

Nora didn’t set out to make coffee her career. Instead, this happened while she wasn’t paying attention. Part of this is thanks to her skill with coffee. But I soon realised that it’s also due to her conscientiousness, curiosity, and determination to improve.

She applied to study at Berlin University of the Arts and, in the meantime, got a job as a part-time barista. But part-time hours didn’t mean part-time effort. “When I do something, I try to do it as good as possible,” she says, “so I try to learn things and the new tasks as fast as possible.”

Her application wasn’t successful so she became a full-time barista. Coffee was still “plan B”, however, while she continued to pursue a career in the arts. Yet that didn’t stop her creativity from spilling over into the café. Knowing that the Barista Championships were coming up, her curiosity led her to concoct signature drinks with her colleagues.

No matter your role in the coffee industry, being open-minded, hard-working, and curious will enable you to succeed at it. And, in turn, that will open up new opportunities. Speaking of which…

Despite being the German Barista Champion, Nora hadn’t yet fallen in love with coffee the way most specialty professionals do. However, that didn’t stop her from participating in the World Barista Championship in Oslo – and it’s there that she realised how fascinating this beverage really is.

In fact, she tells me that the event served as an introduction to just how “crazy” the specialty coffee world could be. “In those times, it was not big and it was a very small community. I don’t know if I was more shocked or more positively surprised by how it was, because I was not expecting something like that. The baristas were treated like rock stars,” she remembers.

But with her new role as the national Barista Champion came many opportunities, and Nora made sure to take them. She became a competition judge and started travelling to other Barista Championships. And, as she did this, she became more and more excited about the coffee industry.

Even today, Nora never turns down an opportunity to try something new, no matter how daunting it could be. Although most of her career has been focused on brewing coffee, she recently started working as a representative of green coffee importers Ally Coffee. It’s a new venture for her, but once again, her curiosity and say-yes attitude are serving her well.

“Since I started to work with Ally, I really, really enjoy it because is very exciting,” she tells me. “I never imagined the green coffee business was so exciting, to be honest.” And the most interesting part? Given her curiosity and passion for learning, it came as no surprise that she loves learning all about the different elements in the green coffee industry.

A coffee career is hard to plan, but by saying yes to every opportunity, you will find yourself going down routes you hadn’t imagined possible.

A coffee cupping, before the crust is broken and the analysis begins. Credit: Tony Abbott of Ally Coffee

Look For Jobs That Suit Your Personality

At one point in time, while still a judge, Nora found she had too many job opportunities. What’s more, she found herself having to choose between working in coffee and her “plan A” in the creative industries. At this point, she was juggling being an international judge and a product designer. But she could only do this for so long.

No matter your path through the coffee industry, you will one day face a tough choice between two opportunities. So, how do you know which one is right for you?

Being a product designer was Nora’s dream. Some might also argue that it was the more glamorous of the two options facing her. Yet she chose coffee.

Nora combines her love of coffee and the arts in her photography. Credit: Nora Šmahelová

Why? Because of her daily routine. It offered her constant challenges, a feeling of improvement, and – perhaps most importantly of all for this multitalented woman – variety. “I really like the benefits of the diversity of my daily routine because it gives me a lot of inspiration,” she explains.

And coffee proved the right choice for Nora, who has opened her own third wave café, Chapter One, in partnership with a friend.

When faced with two job offers, it might be tempting to choose the one you’ve always dreamed of or the one with the best salary. But while these points deserve consideration, it’s important to also remember that you will do your job every single day. Work out which option best suits your personality – because that’s the one that will likely offer you greater fulfilment on a daily basis.

No two coffee careers will ever be the same. And, if you’re reading this, no doubt you’re at a very different starting point from Nora, who hadn’t planned to make coffee her livelihood.

But there are valuable lessons to be learned from her success. Don’t say no to new opportunities, even if they’re outside of your original plan. Pay attention to what you want and need in your career; let that guide you into making the right decisions. And, above all, be hard-working, curious, and entrepreneurial.

Enjoyed this? Check out Lessons You Learn When Launching a Coffee Shop

Please note: This article has been sponsored by Ally Coffee.