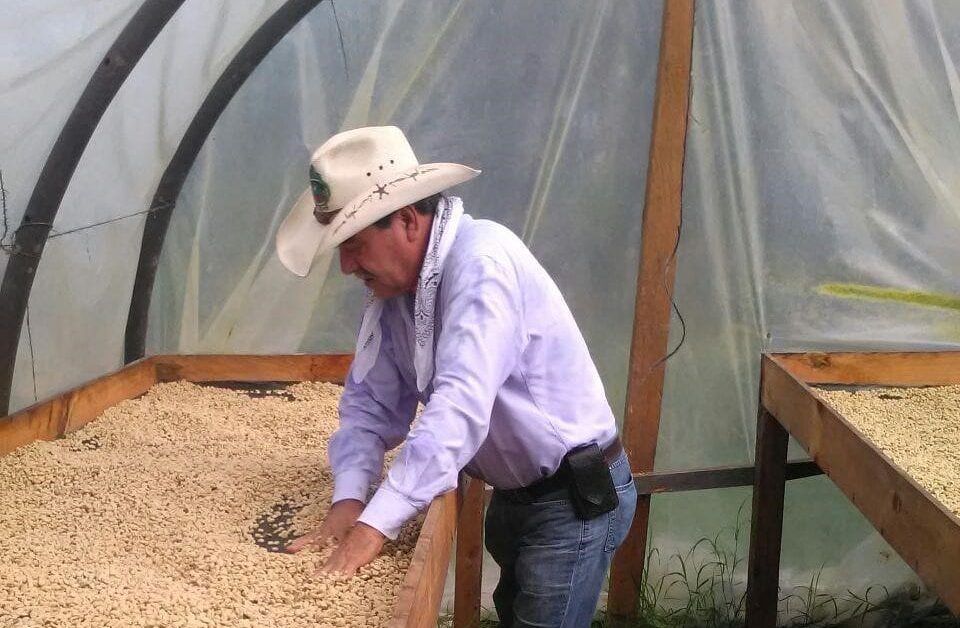 With the approach of the coffee harvest comes mixed feelings. Many producers, like my family, are excited to see the result of our year’s hard work. But we are also anxious about the uncertainties ahead. And there are many of these: the price we will receive for our harvest, whether or not we will have enough workers, if our infrastructure is adequate… Let me explain how this affects us in Honduras.

In under a decade, Honduras’ level of coffee production has more than doubled. In 2008, we produced just 3.6 million bags (IHCAFÉ). In 2017, that figure stood at 8.3 million bags (ICO). Some of this is because producers are developing their farms and increasing their yield. The rest of it? From my personal, anecdotal experience, I can tell you that coffee production is spreading to new areas – and I am not convinced that everyone has done a feasibility study beforehand.

However, unless demand for exports grows as well, this leads to a greater supply in a saturated market. Some producers are forced to sell their coffees at lower than market prices.

Another concern is infrastructure – something that particularly affects smallholder producers. Remember that most small farms have a miniscule profit margin. After selling their harvest, they have to choose whether or not to invest any spare funds into post-harvest maintenance work or infrastructure that won’t be used for several more months. In fact, it will only ever be used for three to four months of the year.

When harvest then comes around, the producer must ask: Did we invest enough in infrastructure? Did we make the right decision?

With greater amounts of coffee to be picked, labor shortages are growing – something that particularly affects smallholder producers. This is because their production volume is minimal and most pickers prefer to work on farms where they are guaranteed work throughout the harvest season.

If coffee isn’t picked in time and starts to spoil on the branch, we face severe losses. For this reason, many producers are choosing to hire foreign labor.

Read more about this in Coffee Cherries Go Unpicked: What’s The Solution?

Coffee cherries spoil on the branch due to a lack of laborers. Credit: Stephen Orellana

Alberto Orellana tells me that, for two consecutive harvests, he has hired an average of 60 people from Monte Blanco, Guatemala to pick cherries.

Ironically, statistics indicate that the unemployment rate in Honduras is three times higher than that of Guatemala, even though its population is larger. It is frustrating, in this context, to have to source workers from another country rather than the local community.

This is especially true when foreign labor can cost significantly more – despite no additional money going to the hard-working pickers themselves.

The money spent on this isn’t a traditional investment, because no greater profits will result from this.

Alberto tells me that the roads into Santa Bárbara, Honduras are in terrible condition. Hiring foreign personnel represents an increase of 20% in his operational costs. Additionally, IHCAFE has reported a 15% fall in 2017–2018 coffee price compared to 2016–2017. When you consider both factors, the cost versus benefit ratio does not look good.

A car stuck on the road due to bad conditions and weather. Credit: Alberto Orellana

Alex Rosales of Montaña Verde, Honduras, reminds me that there are many more farm costs that producers have to consider.

He tells me that smallholder producers are not in a position to pay the minimum labor wage, given their high costs. And until coffee prices increase, they won’t be able to.

He considers the future of coffee farmers in Honduras to be uncertain, especially while levels of coffee production continue to increase, prices remain low, and investment is expensive.

Honduras offers great diversity in terroir, micro climates, coffee varieties, and more. It is ideally situated for the farming of quality coffee. But if we want to guarantee Honduras’ position as a producer of excellent coffee, we need to look for solutions to the problem of coffee farm profitability. We need to consider remedies for the various challenges facing farmers. And everyone in the industry, from governments to farmers and buyers, needs to work together to ensure adequate conditions for workers and fair prices for good crops.

Kimberly Orellana is a contributor based in Honduras