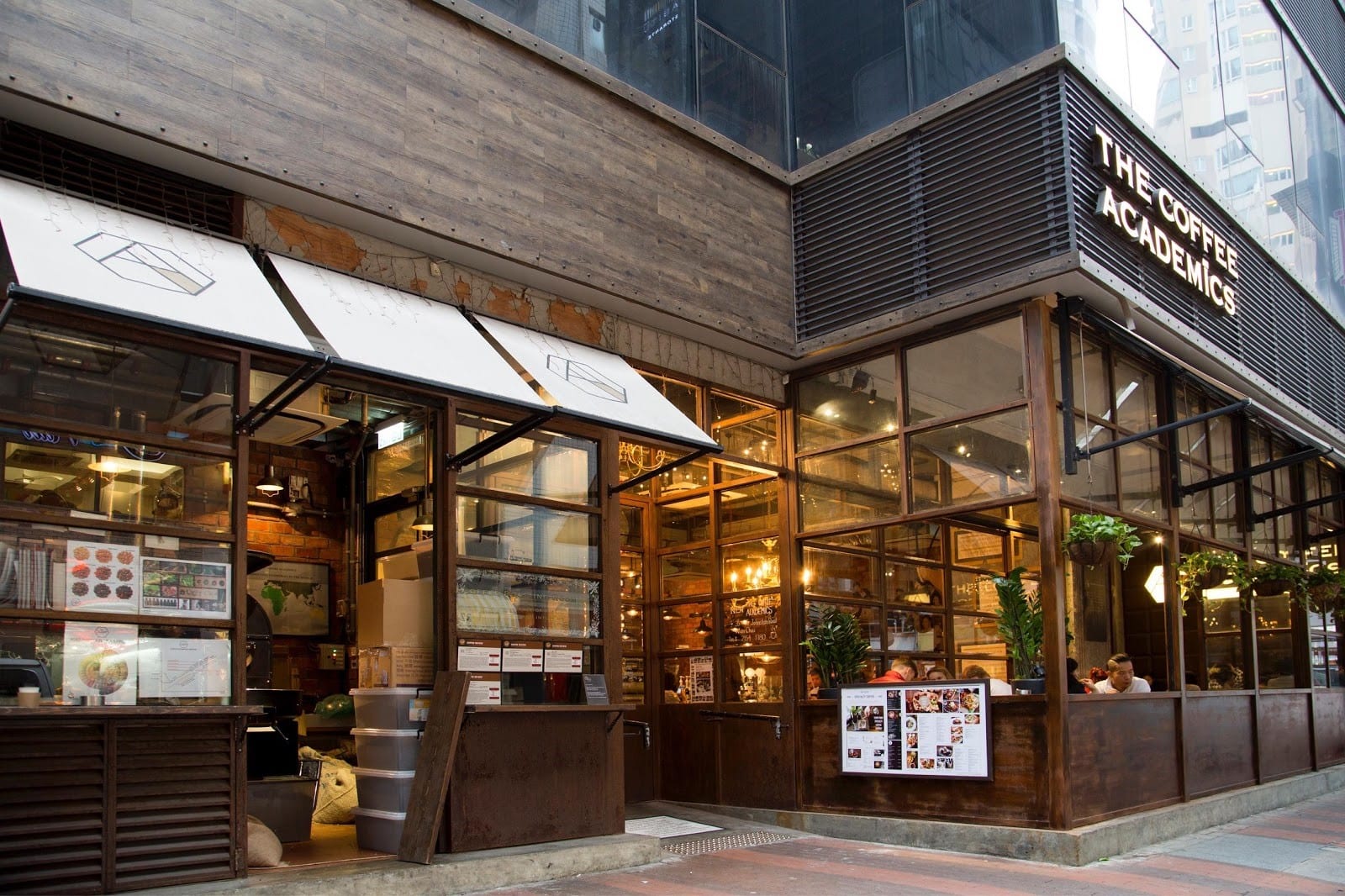 Hong Kong has never been a stranger to coffee. Yet over the past 70 years, coffee culture has dramatically evolved in this small but significant part of East Asia. Today, it makes headlines for its barista champions, recording-breakingly high-priced coffee purchases, and thriving specialty scene.

But how did we get here? Let’s take a look at Hong Kong’s journey to becoming one of the coffee industry’s leaders.

One Coffee Shop Witnesses All The Changes

Step into Olympia Graeco Egyptian Coffee and you’re probably stepping into Hong Kong’s oldest coffee shop – one that predates not just the third wave but also much of the region’s first wave. Founded in 1927 by an Egyptian, it was passed down to his son-in-law, Mr G Sarafoglou after World War II. Later on, Mr Ho (Ah Kai) took over the business. And now, he’s passed this historic coffee shop down to the next generation, such as his daughter Karry, a certified Q-grader.

Over the years, Olympia Graeco Egyptian Coffee has stayed almost the same in a rapidly transforming coffee industry. We need to step back 70 years to understand all the changes it has witnessed.

1950s Hong Kong was a British colony, and it’s in this context that coffee first started to have a presence. The collision of Chinese and British culture gave birth to Hong Kong’s most unique dining culture: the cha chaan teng (茶餐廳), or, to translate directly into English, the tea restaurant. It offered Western-inspired food to a local customer base. Coffee was merely something to sip on after your meal.

For the next few decades, this was the main way coffee was consumed in Hong Kong – but with increasing globalization, along came the second wave.

The next influence on the Hong Kong coffee culture came not from the UK but rather, from the nearby country of Japan – which today, is also one of the countries leading the way in third wave coffee.

From the ‘50s cha chaan teng, fast-forward a few decades to the mid-’80s and early ’90s, when Japanese coffee house like UCC and Pokka Cafe came into the picture. This is when the idea of the coffee house as we know it today first started to take root in locals’ minds.

Later, in the early ‘00s, McCafe and Starbucks also launched their first shops in Hong Kong. With the introduction of these international chains, North-American style coffee culture began to spread. Hanging out in cafés became a popular trend among the younger generation.

Want to learn more? Check out A Brief History of Global Coffee Consumption!

A man stops to check out the McDonald’s and McCafé in Aberdeen, Hong Kong. Credit: Pclaudeami via Wikimedia Commons, CC BY-SA 3.0

In 2008, McCafé’s local restaurant solutions group development manager Janet Yuen told the South China Morning Post that “the coffee market is very active and the development is expected to be fast in the coming few years… there is a lot of work that can be done in the years ahead.”

There’s no doubt that these coffee chains companies opened up the market with their strong branding and marketing. Within 10 years, net imports of coffee had increased by 40%, according to Ifeng News. For the people of Hong Kong, coffee had proven irresistible.

International coffee chains were not the only ones to see opportunity in Hong Kong’s coffee market. In 2003, local businesswoman Jennifer Liu opened Caffe Habitu, where customers could sip on a cup of gourmet coffee.

And as the East Asian specialty coffee industry has grown, young baristas have also invested in it, becoming café owners themselves. 25-year-old Leo Lai opened his first coffee business, Valor Cheung Chau, in 2014. He tells me, “I fell in love with coffee during my university life. I remember I had a great cup of coffee in Taiwan. It made me want to bring it back to my birthplace.”

“In my shop, I always love spending time to explain or teach my customer how to enjoy a good cup of coffee,” he says. “I believe education is the key to the future of Hong Kong coffee industry. And I believe all barista here are willing to do so.”

Karry of Olympia Graeco Egyptian recalls how, decades ago, a “good coffee” meant a strong, bitter cup. But now things have changed. “Hong Kong people are now more open-minded to appreciating the true taste of coffee,” she says. “They used to drink coffee only for the caffeine rush. Now, they are more likely to look for enjoyment.”

It’s not just good branding and even better coffee that has driven interest in the third wave: we also have reality TV and coffee competitions to thank.

Ed Lam is the Head Roaster at The Coffee Academics and also a three-times roasting champion. He tells me that a local reality show, Coffee Confidential (品味咖啡), helped coffee to grow back in 2009. “It made people more curious about coffee… The first regional coffee competition, Hong Kong Grand Barista Championship, in the same year was also crucial. More young people were interested to become a barista. These made the coffee industry started to bloom.”

Felix Wong, Owner of Café Corridor and an experienced judge of regional coffee competitions, agrees. Opened in 2001, Café Corridor is one of Hong Kong’s earliest specialty coffee shops. Felix tells me, “With barista competitions, barista gained a higher sense of recognition being professional ones. This gave a positive image to the industry.

“Specialty coffee has been kicked off, but it takes time to nurture this culture… Hong Kong didn’t start the trend as early as those matured foreign markets but I have seen our baristas’ skills catching up to the world standard fast.”

And in recent years, Hong Kong baristas have made a splash on the world stage. Kapo Chiu, Owner of Cupping Room Coffee Roasters, placed second in the World Barista Championship in 2014 and third in 2017. Lok Chan of Craft Coffee Taster also became the World Cup Tasters Champion in 2017, a title that demonstrates his exceptional coffee palate.

What’s more, Ed and Felix both tell me that Hong Kong coffee culture, while it continues to evolve, seems to be growing steadily.

I’ve taken you through Hong Kong’s coffee journey from cha chaan teng to a headline-making competition-winning city of specialty brews. But before you go, I’d like to leave you with some coffee shop recommendations. There are plenty of excellent cafés that you should visit. It’s worth taking the time to explore, sip on a pour over or espresso, and learn about how our local coffee culture is evolving.

Allow me to share some of my personal favorites. Try at least a few of them: you won’t regret it.

The opportunity for a micro-roastery tour: Roastery Lab by The Coffee Academics, Basement, 41 Staunton Street, SOHO

A hidden café in the middle of the city: Café Corridor, 26A Russell Street, Bowrington, Causeway Bay

Vanessa is a contributor based in Hong Kong