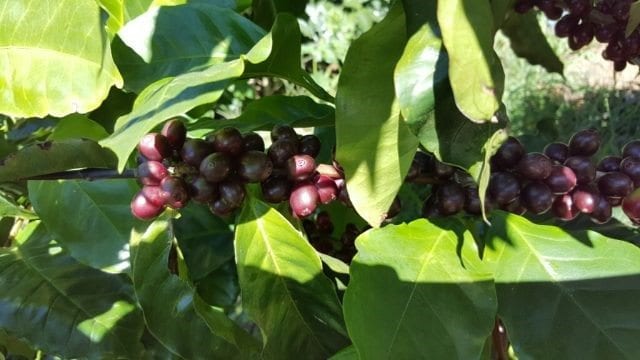 F1 hybrids tend to be high-quality, rust-resistant, and high-yielding varieties – the golden trio, as far as coffee producers are concerned. Yet there’s just one problem: they are extremely difficult and expensive to procure.

The Starmaya variety, however, could offer a solution. It’s still in the final stages of testing, yet this F1 hybrid may turn out to be the answer to many of the coffee industry’s issues: leaf rust, coffee shortages, and more.

I reached out to William Solano, Genetics Resources and Agrobiodiversity Specialist of the Tropical Agricultural Research and Higher Education Center (CATIE) in Costa Rica, to find out all about Starmaya and why it’s so important.

Why Do We Need New Varieties?

The coffee industry currently faces numerous challenges: coffee leaf rust is affecting previously rust-resistant crops, climate change is reducing the amount of available land for Arabica and allowing pests to thrive at higher altitudes, more coffee is being consumed than is being grown each year, and more.

New varieties won’t resolve all of these issues, but they may help to alleviate some of them.

Solano tells me that there are two main attributes that researchers are looking for in new coffee varieties. The first is greater disease resistance, especially against the highly damaging coffee leaf rust, for coffee grown between 800 and 1,400 m.a.s.l. This, he tells me, is the average farm height in Central America; what’s more, it’s at these low to medium altitudes that coffee leaf rust and pests thrive.

The second attribute is an excellent cup quality, especially when grown on a higher-altitude farm, say from 1,400 to 2,000 m.a.s.l.

Another element that can be important is yield. Producers want high productivity levels from their crops to ensure plentiful harvests; it will also help to correct the industry’s supply and demand issues.

Researchers have been working towards these traits for a long time, but until F1 hybrids came along, they struggled to satisfactorily produce all three in one variety.

F1 Hybrids: What Are They?

F1 hybrids are a relatively new form of hybrid. They are mass-propagated in an advanced nursery and often cross more divergent coffee varieties than is usual in the wild.

SEE ALSO: Coffee Varieties: What Are F1 Hybrids & Why Are They Good News?

Solano tells me that, in order to create these hybrids, CATIE and World Coffee Research (WCR) undertook a wild material analysis of coffee to pick potential parents that were rust-resistant (such as Costa Rica 95) or high-quality (such as Geisha or ET47). From these two groups, parents were chosen and crossed in the hopes of creating good-quality, high-yielding, resistant varieties.

F1 hybrids have been proving their worth already: a Centroamericano variety won the 2017 Cup of Excellence Nicaragua with an exceptional score of 90.5 points. At the time, Tim Schilling, CEO of WCR, announced, “It validates our instinct that F1 hybrids are absolutely essential for the future of coffee. F1 hybrids can combine traits that matter most to farmers – higher yields and disease resistance – with the trait that matters most to consumers – taste. That has always been a tradeoff in the past. Coffee just took a huge leap into the future.”

And Solano tells me that he sees a receptive audience for these varieties, especially in the booming East Asian market, thanks to their high-quality and distinctive cup profiles.

However, despite their promise, F1 hybrids also present us with one significant challenge: distribution. Since they are costly to obtain, their availability is limited to only the wealthiest of producers.

The biggest difficulty facing producers is obtaining the seeds. Most F1 varieties can only be cloned; there is no guarantee that their seeds will produce plants with the same characteristics. And according to the WCR, when cloning, “the cost can be double that of plants reproduced by seed.”

What’s more, their availability is limited. Solano says, “The amount of plants that farms are really requiring has not been produced in the lab.” This is in contrast to most traditional varieties, which can be purchased at a nursery or grown from the producer’s current crop.

Yet Starmaya may provide the answer to this problem.

Why Are F1 Hybrids So Expensive?

This means that selecting cherries for seeds is a bit like pinning the tail on the donkey: you might succeed, you might not, and you won’t know for sure if you have until you take off that blindfold and cup the first harvest.

In order to produce an F1 hybrid that can be propagated by seed, researchers needed to find a parent that was sterile, i.e. unable to produce pollen. This doesn’t mean that it’s unable to reproduce, or grow flowers and cherries, but rather that it is unable to pollinate other plants.

In a field full of fertile Mother plants and infertile Father plants, for example, any coffee cherries on Father plants must be a Mother-Father cross. Their seeds can be collected and grown, either in a nursery or by a producer.

Starmaya: The Variety of The Future?

In 2001, researchers from the French agricultural research centre CIRAD, in collaboration with ECOM Agroindustrial, found a male-sterile Arabica plant at the CATIE bank in Costa Rica – a promising discovery!

But many years of research lay ahead. Breeders first crossed it with the rust-resistant Marsellesa and then field-tested it in Nicaragua. After seeing positive results, ECOM named the new variety Starmaya and began testing it in farmers’ fields this year. It is still unavailable for distribution outside of tests, but if they go well, producers will then be able to obtain it.

As WCR says, “Starmaya represents a major breakthrough in coffee breeding that suggests the main constraint on the widespread production of F1 hybrids for farmers around the world may soon fall away.”

Starmaya could offer it all: high cup scores, high yield, rust resistance, and affordable seeds. As coffee leaf rust continues to thrive and, for the third year in a row, the ICO report greater demand than supply, this is promising news for producers, roasters, and consumers alike.