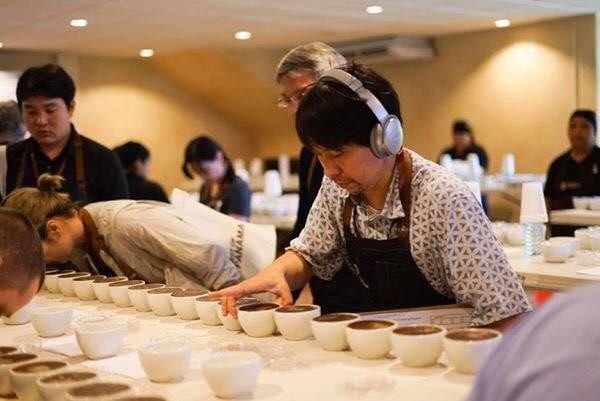 Best of Panama has a history of record-breaking coffee prices, and 2017 was no exception. A 100 lb lot of natural processed Geisha from Hacienda La Esmeralda sold for a staggering US $601/lb – almost double the auction’s previous record.

SEE ALSO: Best of Panama: The History of The World’s 1st Coffee Competition

A total of US $368,711 was bid during one of the coffee industry’s most famous awards and auctions, with an average lot price of US $61.98/lb. On the day of the auction, the international coffee price was US $1.31/lb (rounded to the nearest cent).

The auction featured 51 lots, including washed and natural Geishas, traditional varieties, and Pacamara. The winning coffee was purchased by Hong Kong’s Kew Specialty Coffee Co, with a total of 31 lots going to buyers from East and Southeast Asia. The remaining 14 lots were won by buyers from Austalia, Europe, the Middle East, and the US.

There has been great debate over the role of Geisha (or Gesha) in the coffee industry. Those critical of it complain that it dominates coffee competitions and is too highly priced for the average consumer. Yet others celebrate it not just for its distinctive and high-quality cup profile, but also for the way it presents coffee as a luxury product: one that deserves higher prices. For them, Geisha is leading the way in changing buyers’ attitudes.

The Barista League: A Different Kind of Competition
Holiday Sweepstakes: 3 Month Subscription to Black Box Tasting Experience
How To Organise A National AeroPress Championship
WOC Dublin 2016: Why You Should Participate in the PDG Coffee Bag Exchange