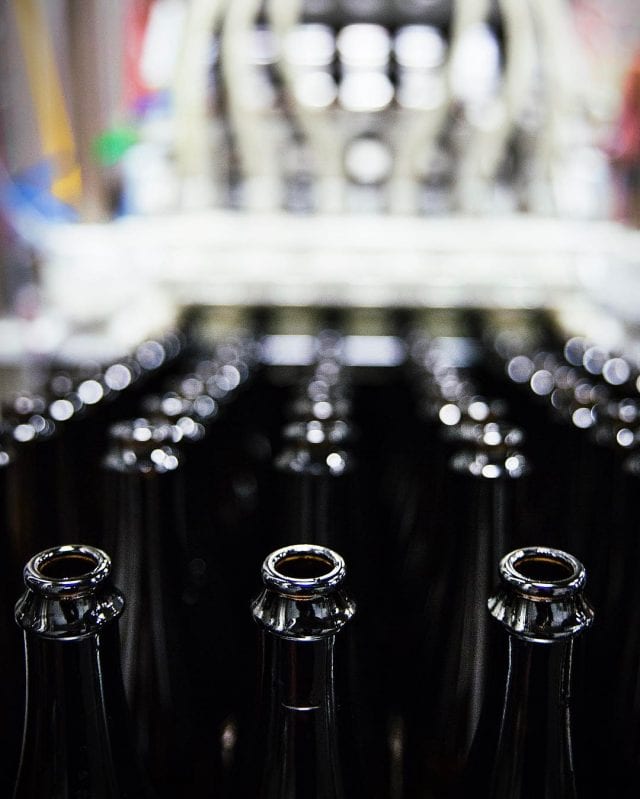 Whether it’s a Belgian pale ale, Irish stout, or Brock, there’s nothing better than a cool beer on a warm day. Unless, of course, it’s a cold coffee.

And as it turns out, specialty coffee and craft beer have a lot in common. From fermentation to roasting, and storage to flavour profiles, these two drinks are the products of expertise, passion, and a lot of hard work.

I took a tour through several breweries in Bogota, including El Mono Bandido, La Madriguera and Cerveceria Gigante, to learn more about beer. Let me take you through how craft beer is made, and all the ways in which it’s similar to specialty coffee.

1. The Importance of Quality Raw Materials

We all know that achieving a mind-blowing cup of coffee begins with one thing: great beans. Of course, the process doesn’t really start then either.

Already, the producer has grown healthy plants in a good location, picked the cherries when they’re perfectly ripe, processed and dried them, and hand sorted them for production/processing defects. Then the roaster selected the best roast profile and used all their expertise to avoid any roast defects.

What Ingredients Do You Need For Beer?

There are four key ingredients in beer: hops, malted barley, yeast, and water. Will Catlet, the Founder of Cerveceria Gigante, tells me the three first typically originate from countries like Belgium, Germany, and the United States.

Hops are the flowers of the plant Humulus Lupulus, which grows at cold temperatures in North America, Argentina, and Europe (with Germany accounting for 60% of the EU’s hops and having 17,000 hectares devoted to it – now we understand where Oktoberfest comes from).

Juan Salamandra, a local micro brewer, explains more: “Hop is the flower that adds bitterness and balance to the beer.”

Barley, on the other hand, is used for the malting process. By germinating barley grains (encouraging them to sprout), brewers get the sugars they need for fermentation to occur. Yeast is another key ingredient for fermentation: it’s what provides the alcohol content.

Will Catlet tells me that, since most breweries have to import these three products, the quality is out of their hands. It’s only the final one, water, that they can control.

Juan Salamandra advises that water needs to be filtered or distilled for quality. He gives water in Bogota as an example of why: “The high chlorine content could negatively affect the fermentation process”.

There’s a lot of work behind a good beer. Credit: JoMando Cruz

Roasting is when all the best qualities of the coffee are highlighted, through the use of a roast profile suited to that particular bean. The type of roast profile and level depends on the coffee’s origin, bean density, and more. But just as important are the customer’s preferences for a particular kind of roast.

Malting, on the other hand, is when barley is allowed to germinate and then stopped through heat, in a process called “roasting”. (Yes, that’s right, we’re even using the same vocabulary!) The point at which the malting process is halted depends on the brewer’s preferences. At this point in time moment, sugars are being converted into starches ready for fermentation.

This will also determine the beer’s colour and alcohol content. A light-roasted beer is more alcoholic than a dark-roasted beer. This is because the darker the drink, the more starches will have been roasted, and so the less food the yeast will have to convert into alcohol. (Frankly, this reminds us of the debate over light/dark coffee roasts and caffeine levels.)

When it comes to processing coffees (something that happens before roasting), we need to strictly control fermentation – and a lot of experimentation has gone into improving the process. Over fermentation can seriously impact the final cup quality, producing notes that have been described as anything from “rotten fruits” to “medicinal”.

Fermentation is as important for beer as it is for coffee. Credit: Angie Molina Ospina

Ale vs Lager: It’s All About Yeast

During fermentation, yeast is added in order to transform the glucose of the “beer wort” (liquid barley malt extract) into ethyl alcohol and carbon dioxide gas.

Juan Salamandra explains me that there is two main types of yeast used, depending on the beer style the brewmaster wants  to achieve:

Ale: With this type of yeast (S. cerevisiae), fermentation occurs towards the top of the brewing vat and at higher temperatures – 15 to 25ºC. Fermentation is quicker, leading to more robust beers, such as porter and stout.

Lager: With this yeast (S. pastorianus), the fermentation occurs lower in the vat and at lower temperatures – less than 10ºC. This leads to “crispier” flavours.

3. A Variety of Taste Profiles

In coffee, different flavour profiles are created by the origin, altitude, varietal, processing method, and more. And beer also has a wide range of profiles, depending on the yeast, malt, and hops used.

In fact, craft beer can be just as complex as coffee. Aficionados care about the temperature you serve it at, what food you pair it with, and even your choice of glassware.

We dipped our toe into this a little when we looked at ale and lager. But that’s at about the same level as comparing Arabica and Robusta, the two main coffee species. Just like we have a coffee tree of different varietals, in craft beer there is a wide range of beer types.

From stouts to porters, pilsners to German lagers, and IPAs to Weissbiers, there’s a big world of beer out there to discover. This infographic from Sean Seidell explains more:

We all know that fresh coffee is crucial. Ben Wood, Co-Owner of Chilean brewery Beervana, tells me that this is just as important for beers with a high hop content. A beer consumed five days after roasting will be more aromatic and tasty than one consumed on the 45th day, because the hops quickly start to degrade.

In fact, there are some beers that need to be consumed straight after processing, such as IPAs. Yet others, like stouts and porters, improve over time. In other words, know your beers in order to achieve the best taste profile.

It’s important to store coffee in dry, airtight containers out of direct sunlight. Packaging with a valve is the best kind. And similarly, in craft beer, you want to pay attention to how you’re storing your drink.

Juan Salamandra explains to me that brewers either do bottle conditioning or forced carbonation. The latter involves injecting the beer with carbon dioxide, and is done in kegs. Micro brewers, however, tend to opt for bottle conditioning purely due to the resources they have available.

Conditioning means fermenting the beer out completely until it is flat, priming it with a small amount of sugar, bottling it, and then waiting a couple of weeks for the fermentation to take place.

Just like in coffee, the way you store your beer is important. Credit: Wicked Weed Brewing

So next time you order a beer, remember, it’s not just beer – it’s as complex a drink as your coffee, with just as many flavours and quality control processes.