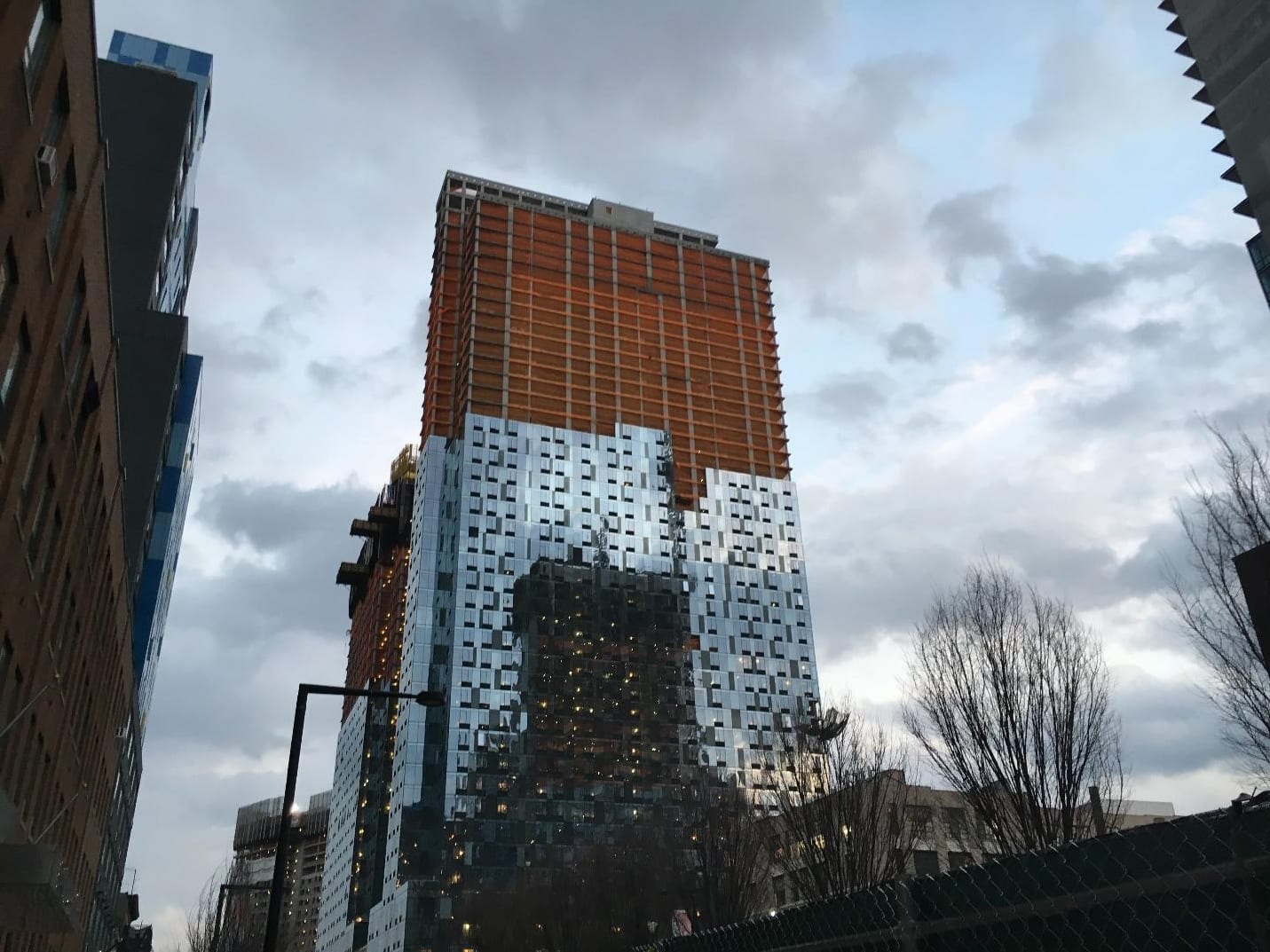 Three things tells you that specialty coffee is becoming more mainstream: 59% of coffee-drinking US Americans buy “gourmet”, big brands are adopting or mocking it, and specialty coffee shops are appearing outside of the hipster areas. Yet there’s still no doubt that it’s easier to run a third wave café in some places than others.

Take Long Island City – it may be in New York City, but it’s no Manhattan. Who would visit Long Island for coffee?

But despite its reputation, several big coffee names are starting to appear in this little area of the city. So I visited newly opened Toby’s Estate to find out how coffee brands here are making the third wave palatable for everyone. What I discovered was that two things remain key: understanding your neighborhood and serving good coffee. 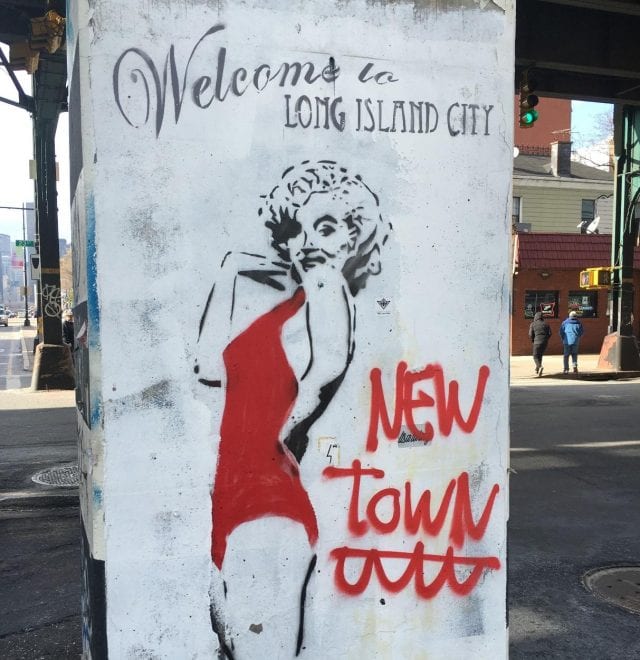 Mention Long Island City to just about anyone in New York, and two things will come to their mind: the 7 train and construction.

The Long Island City section of Queens sits just over the East River from midtown Manhattan. And for the past three decades, catalyzed by the completion of the Citigroup tower in 1990, it has been characterized by the hovering necks of construction cranes and shiny high-rise buildings. These towers seem to clone themselves in an endless loop of accelerating modernity, drawing business investment and real estate agents alike.

None of this would appear to beckon specialty coffee, on the other hand.

Yet Long Island City glimpsed from a distance is different from Long Island City experienced on the ground. The area, like much of New York’s waterfront, used to be an industrial zone. Iconic businesses like the Pepsi-Cola bottling factory and gantry shipping cranes lined the piers. Now, that shipping area has become a park hosting open air concerts. The Pepsi sign is pop art in front of luxury apartments.

The neighborhood is changing, and with more residents comes more demand for coffee.

SEE ALSO: What Do Competitions Mean For Suburban Roasters? 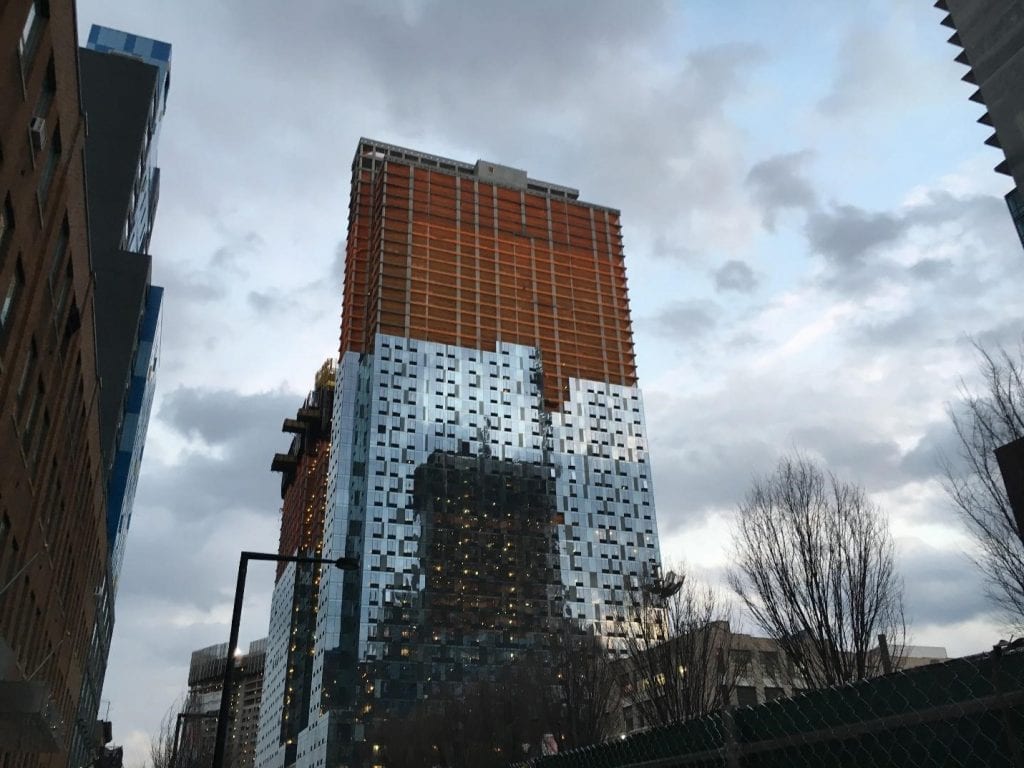 Despite the density of high-end residential and commercial construction, Long Island City’s hard-working soul remains. And this is evident in the area’s coffee community. You’ll find several specialty production facilities here, all doing the legwork for the city’s favorite local brands.

Gregory’s Coffee began roasting their own beans in 2015 in southern Long Island City. With a retail focus in Manhattan, the area serves as a production and distribution hub for their 22 locations.

Similarly, Dallis Bros. Coffee has a nearby office suite and training lab. This business doesn’t operate its own cafés. However, their cupping lab, tucked inside a nondescript warehouse shared with a production studio, has a full set-up of mobile espresso and brewing equipment. It can be arranged to mimic the arrangement of any of their wholesale account’s café equipment to personalize training.

Birch Coffee’s Roast House is located on the north side of Long Island City. Their production facility roasts all the coffee and brews all the cold brew for their seven Manhattan cafés. The Roast House features a full cupping lab and education space. In fact, founders Jeremy Lyman and Paul Schlader personally teach after-school coffee classes to students from the nearby culinary high school there. Drip and espresso drinks are available for sale, but the Roast House’s primary function is roasting coffee.

The one notable cafe in southern Long Island City, a community hub since 2008, is Sweetleaf, with an eclectic multi-room Parisian salon style café, also close to the Hunt’s Point neighborhood.

But back north, near the Court Square transit hub of Long Island City, with little beyond classic NYC corner bodegas and the Starbucks in the lobby of the Citigroup tower, there used a serious coffee void.  That was until Toby’s Estate decided to fill it.

“This is pretty much uncharted territory,” explains Allie Caran, Toby’s Estate’s Director of Education. “There’s really nothing around here in terms of a café to sit back and enjoy a cup of coffee. We’re excited to offer something new to the neighborhood.”

They’re also keen to keep the neighborhood atmosphere. In a district filled with glass skyscrapers reflecting into each other, Toby’s Estate occupies a modest brick townhouse, originally a three-story family home and artist studio built in 1900.

The upper two stories have been removed, allowing guests to gaze up through the wooden rafters, past the oversized wagon-wheel style chandeliers and out to several small skylights. The whole interior is exposed brick. Toby’s has kept the essence and history of the space intact while adapting its functionality to serve this century’s needs.

It’s important that the current use of the building doesn’t erase the memory of the people who used to live here. There is a legacy to the brick walls and wooden beams, the kind new high rises will never evoke.

Specialty coffee tends to be overwhelmingly forward-thinking in its alliances with minimalism and tech. However, Toby’s Long Island City café is a refreshing reminder that specialty coffee can reflect back as successfully as it can rush to the future. 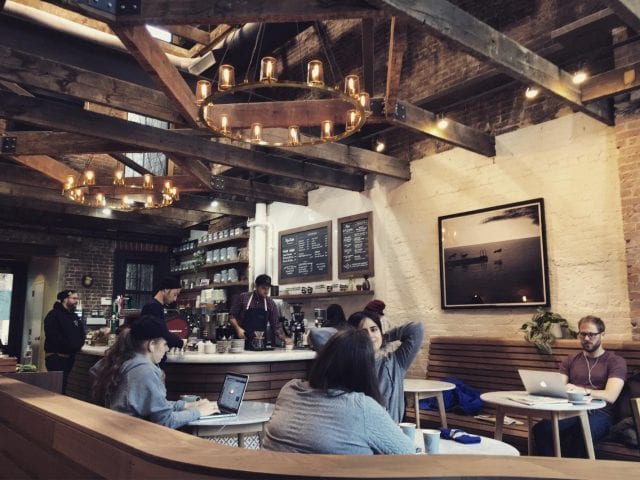 Toby’s Estate also features a back courtyard. And for colder days, the café has found ways of bringing the wild world indoors. You’ll find sporadic touches of nature if you look for them – fox and walrus busts, large photo of retrievers leaping into a lake, and windowsill plants. “All of those elements are Amber [Jacobsen, Co-Owner],” says Allie. “She really knows how to bring a café to life.”

New York moves quickly enough that coffee shops tend to not feel new for long, but each neighborhood has its own pace – and the pace of this softly lit brick feels more like more like a small town than CitiBank. It reminds us that New York is a city rich with art and history, if we can remember to slow down and see it. 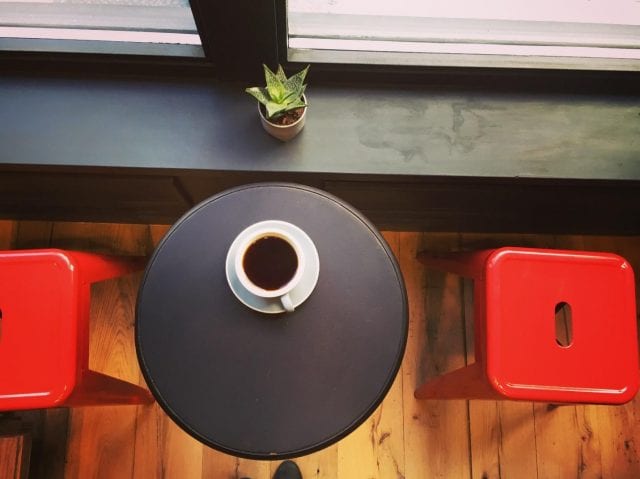 Coffee for All Speeds

On Toby’s Estate LIC’s first day of operation, all the functions of a third space were already in use. A blogger was camped out with her laptop, a man and a woman in suits conferenced over a table covered in several layers of glossy portfolios, tourists chatted in Russian while grasping their guide books, and construction workers in orange vests hurried out the door with to-go cups. A young man, possibly employed at one of the nearby photo studios, stood waiting for his latte with a mannequin head hanging from his backpack.

It’s New York; word travels fast. But, just because people show up quickly does not mean that the coffee is rushed. The two baristas on bar, Gaston Martinez and Penelope Hearne, took their time to do things right. Sure, there was a line snaking down the ramp to the door, but they weren’t frazzled. Each drink came out made to competition standards.

The pour over options include all of Toby’s Estate’s newest single origins. Green buyer Jonathan Withers was absent from the event because he was in Antioquia and Huila, Colombia. I’m told he was sourcing El Ramo, this year’s new Colombia feature coffee, and El Faldon, a single farm coffee grown by Ruben Dario Gomez on the mountains outside of Medellin. 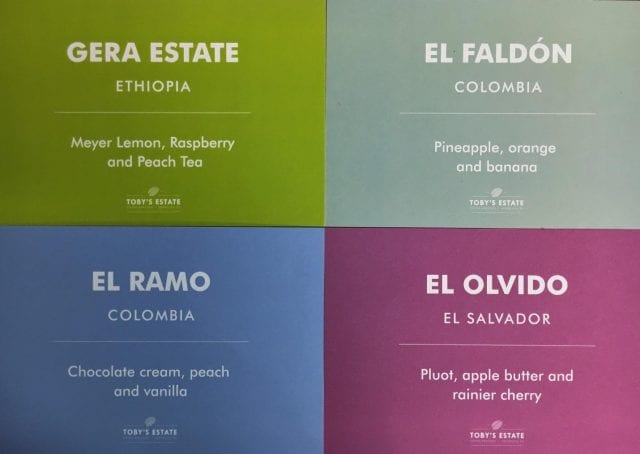 Plugged Into The Coffee Grid

When you’re standing on Jackson Avenue in Queens, Brooklyn seems a borough and a world away. But a Toby’s delivery driver confirmed that it takes all of 12 minutes to cross the Pulaski Bridge from Queens and make your way back to Toby’s Brooklyn base – a reminder of how cities love to twist our perceptions of distance.

New York is a big town of small neighborhoods, and Toby’s Long Island City outpost was planned with practicality in mind. Creating a café network in a city prone to bottlenecks means keeping your cafés and roastery hub in a workable radius is worthwhile.

Just like how high rises seem to spawn clusters of neighboring buildings made in their image, coffee shops tend to invite the opening of other coffee shops. It is likely that, in the near future, more specialty coffee roasters and retailers will brave the elevated trains and construction sites of Long Island City. Soon they will fill in the gaps between Birch’s Roast House, Sweatleaf’s living room, and Toby’s cozy courtyard.

For now, however, there is no danger of saturation. Exploring the neighborhood still feels like a discovery, so get out and try the coffee in Queens.

Rachel is part of the team at Ally Coffee, the author of “When Coffee Speaks” and a contributor based in the USA