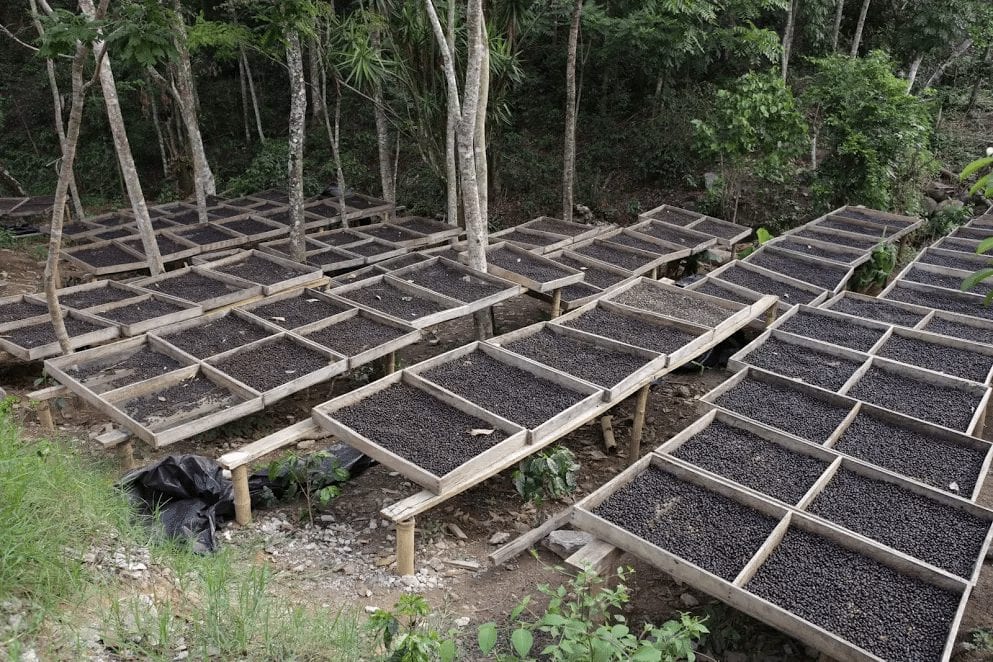 This time last year, Ever Leonel Díaz Pérez expected to sell his coffee for usual rate of US $2/lb – a few cents above the international coffee price. But then he entered Project Origin: Best of El Salvador, and sold his coffee for US $9.60/lb: nearly five times as much as normal. This year, he hopes to achieve similar success.

For many smallholder coffee producers, their most viable option is to sell the coffee they produce as a commodity product to mills and exporters. In fact, for some producers, this is their only choice. Their coffee will then sold outside of the specialty industry as part of a blend.

In this context, Ever’s success is remarkable. Yet other producers have similar stories to him. For some, participating in specialty coffee awards and auctions has led to their first ever direct trade relationship. For others, they’ve been able to gain recognition for their farm. Here are some of their stories.

Smallholder farmers are often the ones who would benefit the most from auctions, but can struggle to enter them. When Sasa Sestic, 2015 World Barista Champion and Director of ONA Coffee, Australia, founded Project Origin, he wanted to make it easier for them.

Ever Leonel Díaz Pérez became the 2016 Washed category Champion, a testament to the excellent quality of his coffee. Yet he only has a one-manzana farm. Less than two acres in size, Finca Milaydi only produces 6–15 bags of coffee every year. Many smallholder producers like him are unable to participate in most coffee auctions and programs, due to the minimum lot size requirements for sampling and profiling.

In the past, Ever sold his coffee to other producers, who would sometimes combine it with their lots for entry in competition. He’s often seen these blends win, achieving prices significantly higher than his US $2/lb. Project Origin 2016 was the first auction his coffee had ever been entered on its own – and under his name.

Yet it’s not just small and relatively unknown producers who benefit from these events. Raul Rivera’s coffee is relatively well known, selling for US $4-5/lb. But when he competed in Project Origin last year, his Honey Process Pacamara sold for US $10.30/lb – a dramatic increase.

What’s more, even those who don’t participate may benefit from their country’s representation among the international coffee community. Gilberto Baraona of Finca Los Pirineos says, “Due to la roya (coffee leaf rust) in the past few years, which has resulted in very low coffee yield and production, a lot of buyers have looked elsewhere.” This year, he is joining the Project Origin: Best of El Salvador team as a Coordinator, explaining that the auction “helps [El Salvador] stay on the radar for quality in the specialty coffee sector.”

Carolina Padilla, a Co-coordinator, gives a similar opinion. “Bringing in new buyers and new people interested in our coffee also aids our country,” she says. “It helps raise the bar for quality processing for producers and paying them a higher price gives an incentive to keep striving for better [quality]. It’s amazing to have a closer experience with buyers about what consumers are looking for and where the market is shifting.”

She also believes that auctions with smaller producers brings more variance and excitement, which challenges coffee farmers to experiment and push boundaries. “You see it in the winning coffees: new varieties, new processes, more participants. At the end of the day, it helps everyone.”

During the live online auction, buyers from all over world bid on winning coffees. Credit: Project Origin and Tripode Audiovisual

What’s more, many attendees at the auctions – most of whom are importers and roasters – are given the opportunity to create long and lasting relationships with producers.

El Optimismo is another Salvadoran farm that competed in 2016. Back then, they had never had a direct trade relationship. However, as a result of the auction, they have been connected with a buyer in Australia. This provides them security: they know they will have a buyer for next year’s crop. It also ensures they can receive consistent feedback, with advice on how their product tastes when the buyer receives it, and so can make improvements.

Lucia Ortiz, co-producer of the La Avila farm in El Salvador, tells me that she believes direct trade is integral to the specialty coffee process: “Direct trade, for me, is the direct relationship between the roasters or importers and the farmer, [with them] being the ones that discuss quality, prices, and day-to-day work at the farm.”

What’s more, direct trade doesn’t just have to be about buying and selling coffee. Lucia continues, “I am a direct trade farmer, which means I have the direct relationship with the roaster or importer… We encourage buyers to be part of our community. For example, some buyers help us support a clinic we have at the farm. By donating money or medicine, they aid us in helping the communities that are around the farm, as well as our workers.”

In 2017, Project Origin will return with the Best of El Salvador auction, April 24–30; the inaugural Best of Nicaragua auction, June 5–10; and the Best of Honduras: Late Harvest auction, July 24–30, which celebrates late-ripening coffees that are usually overlooked by buyers. The events will feature farm visits, tastings, and workshops, as well as the live online auction.

“When looking to establish a relationship, we look for not only quality coffee. We will only work with [people] that have a positive attitude towards sustainability and continue development,” says Sasa Sestic.

For more information on the 2017 auctions in El Salvador, Nicaragua and Honduras, including on how to become a judge or receive samples, please email habib@projectorigin.com.au.

Please note: Project Origin is a sponsor of Perfect Daily Grind. They have submitted this article according to our editorial policies and have had no further sway over the final copy than any of our other writers.

Jordan is a contributor based in Australia