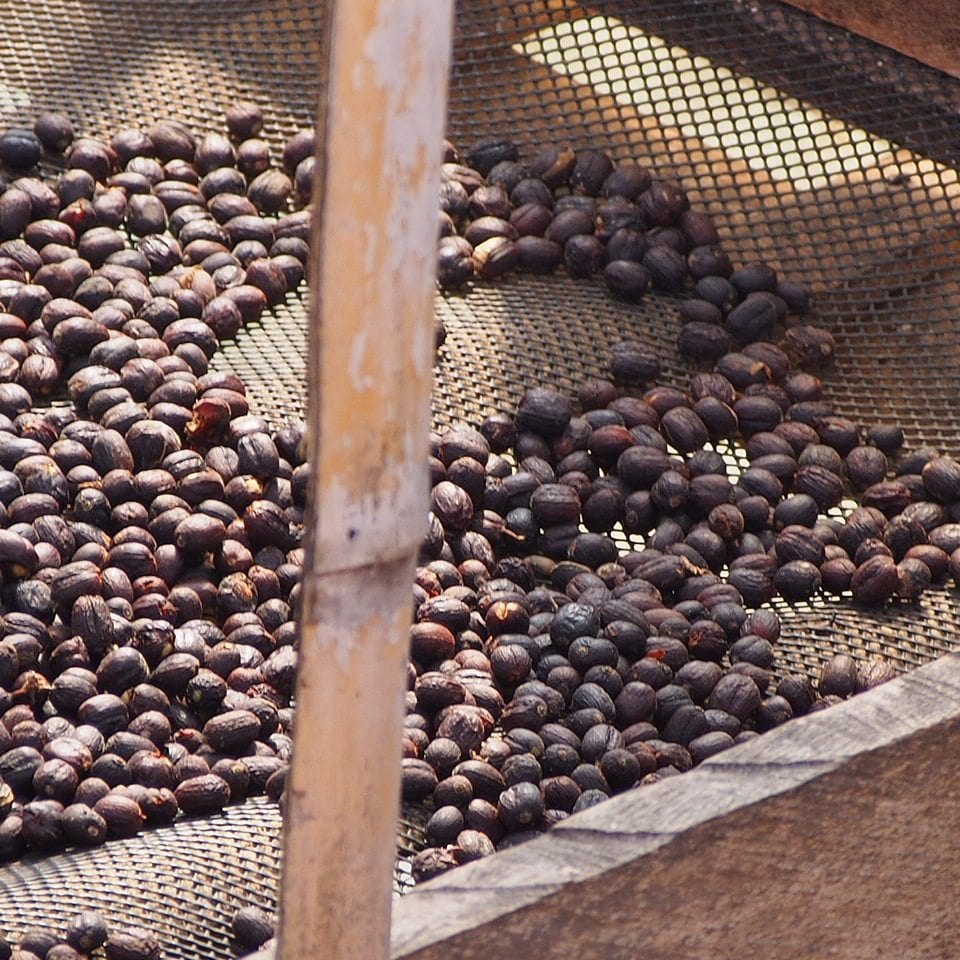 Dr Manuel Diaz believes we need to change how we think of natural coffees. He tells me they’re underrated and underpriced – despite their recent surge in popularity.

A coffee researcher with three decades of experience and a PhD from the London School of Economics, he’s been looking into the issue for a while now. And he agreed to share with me his insights with me. Read on to discover what these controversial coffees are, his findings on quality and price differences, and what he sees in the future of natural processing. 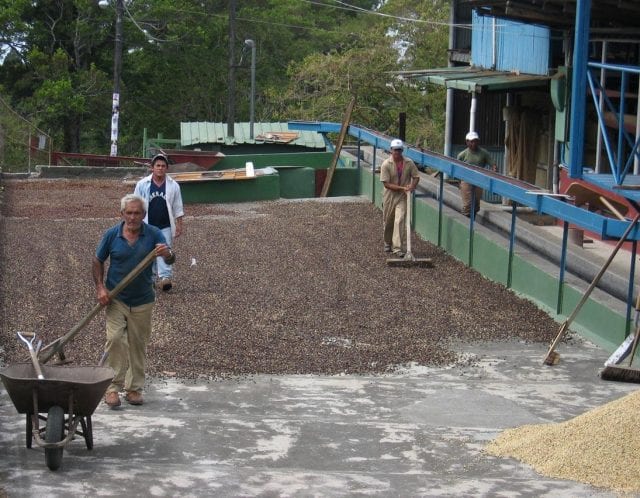 What Are Natural Coffees?

In natural processing, also known as dry processing, the flesh of the cherry is removed from the seeds (aka coffee “beans”) without the use of water. To do this, the cherries must be in the sun to dry until they reach around 11% moisture content. During this time, they will ferment. Then at the last moment of processing, a huller removes the dried flesh.

This is a time-consuming process, and it’s often not possible in humid climates. Too much moisture can lead to over-fermentation – and, in turn, undesirable flavour profiles. It’s also important to regularly move the coffee as it dries to ensure it dries evenly.

A washed coffee tends to have a cleaner profile than a natural. But a natural coffee can offer a sweet, smooth cup with a heavy body. As a result, they have seen increasing popularity in recent years.

Despite that, Dr Diaz believes we’re biased against them. 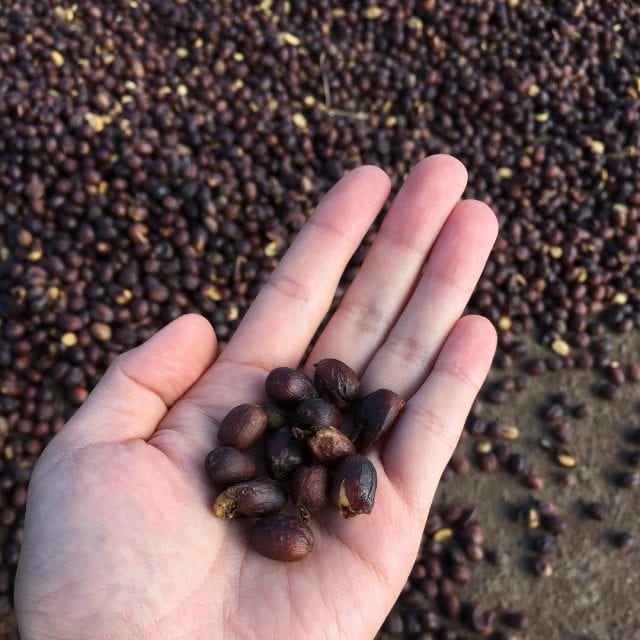 A time-consuming process, but when it’s done right, it can offer a sweet cup. Credits: Bingo Maru – Café Especial

Are We Biased Against Naturals?

“As long as we don’t have any special cupping formats or protocols for naturals, I would say that there definitely is a bias against non-washed coffees,” Manuel Diaz tells me.

In his mind, competitions are the key to changing this. “Competitions are still one of the main ways to find quality, but we don’t have any competitions [solely] for naturals except for the special case of Brazil. And that’s for obvious reason, since 90 percent of the Arabica coffee there is not washed…”

“You need a different approach when assessing naturals. The natural process is less controllable, so you have more uneven cups. If you apply the same standards as for washed coffee, you will end up with a bias against naturals and honey.”

This might sound radical, but Dr Diaz points to other industries with similar distinctions. “I think it’s comparable to red and white wine, where you also have two different categories and don’t cup them together. They are different in a lot of ways, so they should be judged differently.” 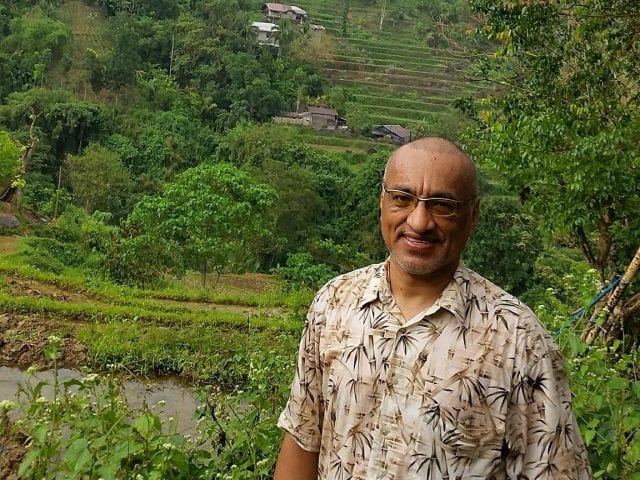 Do Naturals Sell For Less?

Manuel Diaz tells me that natural coffees sell for less. For those of us not in producing countries, this may come as a surprise – in almost all of our specialty cafés we see natural and washed coffees sold for comparable prices.

But in Latin America, natural coffees are often rejected cherries, described as ripios or passillas. “When you wash coffee, you discard the floaters, which are basically the dead cherries, the ones damaged by the coffee borer, fermented cherries, and so on. With natural processed coffee, you don’t go through the same steps. These defects might make it to the big patio, where the cherries are dried and converted to naturals.”

But when it comes to the market price, the Guerrero naturals are valued at exactly the same price as the byproducts from Chiapas. And Dr Diaz tells me that this is the rule, not the exception.

“That means that a beautiful, high-quality natural is undervalued just because it’s a natural. So let’s say that the price per pound of washed coffee is $1.40. Then the naturals would be valued at $1.10. The market is not really able to differentiate between high-quality naturals and floaters or rejects from the washing process. And this is a huge problem.”

What’s more, farmers bear the brunt of this price cut. “The consuming price of coffee stays the same or goes up, whereas the price for green beans is very unstable.” 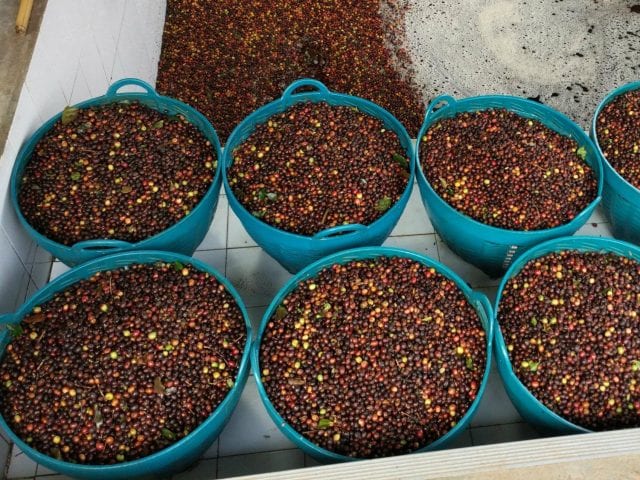 Yet even while natural coffee sells for less on average, they – along with honeys – are becoming more popular. And a new trend has emerged among coffee buyers, roasters, and coffee shop owners, especially those close to production: the “experimental farm”. The aim of these plantations is to produce signature natural or honey-processed coffees.

The idea is admirable. Like with micro-breweries and micro-roasteries, unique micro and nano lots can be a beautiful thing. And many of these farms produce unique coffees from which the buyer and producer alike benefits. But in others, the reality is an ugly truth.

“The horror stories you hear usually involve a farmer who has worked very hard and ends up producing bad, over-fermented coffee that they now have to sell at a loss,” says Dr Diaz.

“We don’t have very much technology or knowledge when it comes to processing naturals. It’s all very artisanal, whereas we know a lot more about washed coffee. The problem is sometimes coffee professionals who love naturals will interfere in the farmers’ work. They will give feedback and recommendations… Usually it’s well intentioned, but it is a very risky practice. It’s quite easy to corrupt the beans and ferment the coffee instead of drying it.”

When that happens, somebody must take the financial hit. And if the farmer isn’t paid in advance, it could very well end up being them. 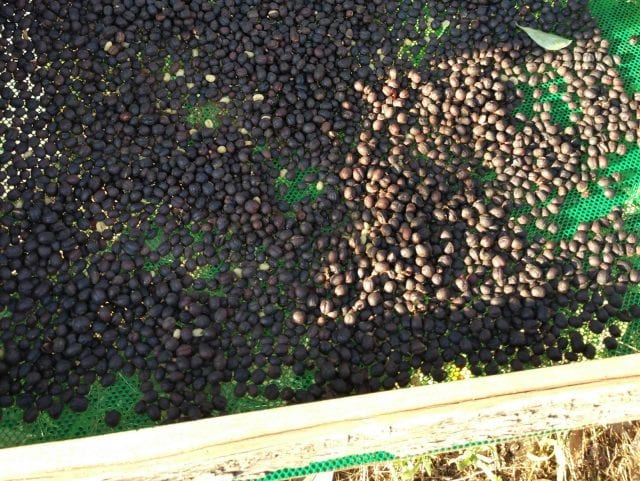 A Rocky Start, But a Promising Future?

However, Dr Diaz tells me that this is probably an inevitable stage the coffee industry has to go through. It’s a necessary part of an evolution towards increasingly delicious natural processed coffee.

“I understand why roasters and coffee shop owners do this, and if they are persistent and keep supporting the farmers they can probably at some point get some coffee that is good value for money. However, I would encourage people in the coffee industry to get organised and hire a well-trained consultant or get assistance from an NGO. Coffee processing shouldn’t be improvised.” 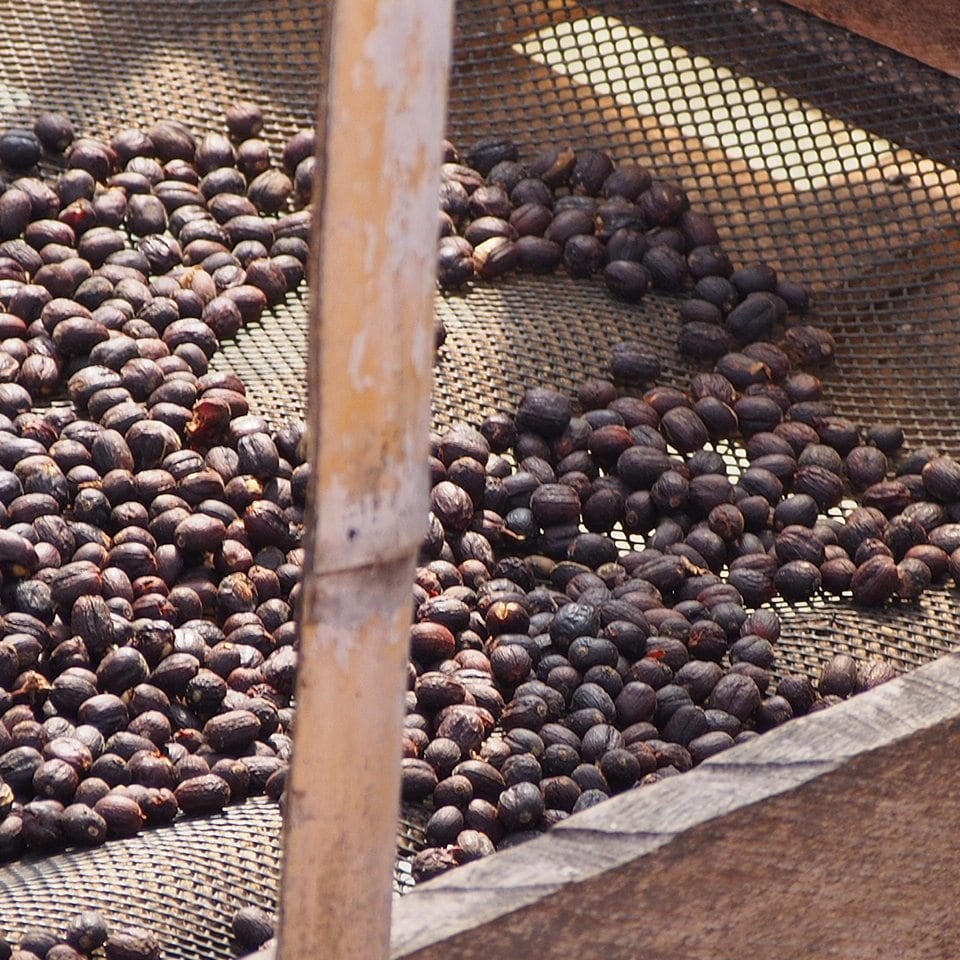 Asia: The Future of Natural Coffee

Dr Diaz also believes that certain farms will benefit from the growing market for naturals. “Lowland coffees tend to taste flat when they are washed processed,” he tells me. “At least a natural is going to be interesting. Also, you can do naturals anywhere where there is infrastructure for drying.”

What’s more, he tells me that East Asia could end up driving demand for it. “Maybe you could even say that there is a bias for natural processed coffees in certain markets. In East Asia, there is a very strong culture for fermented food, and that same preference carries over to coffee. You have a lot of stuff like kimchi, soy sauce, fermented beans and fish… and sophisticated cultures around it. In particular, Japanese buyers tend to be very keen on naturals.” 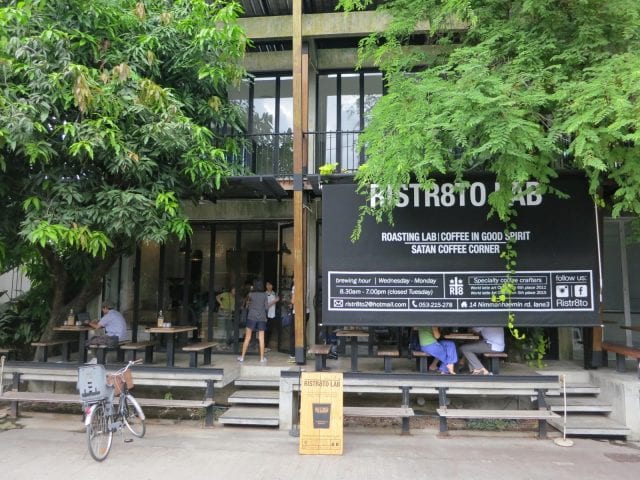 Can natural coffees continue to grow in popularity – while also providing fairer prices for producers? Hopefully, yes. But for that to happen, we need to change how we talk about them.

Asser is a contributor based in Denmark.