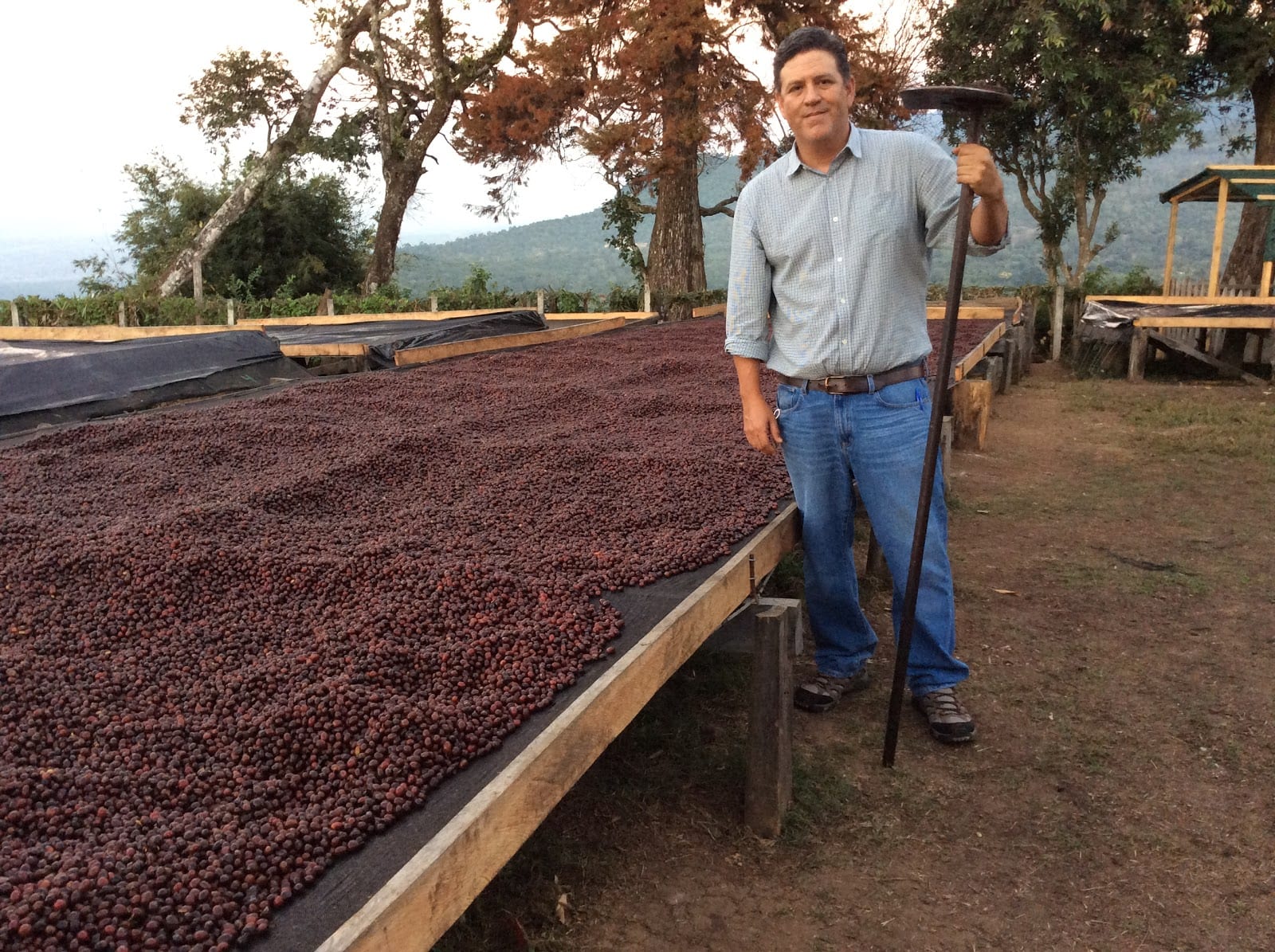 The Maracaturra: a hybrid* varietal, a cross of Maragogype and Caturra, that is common to Nicaragua.

But in Apaneca, El Salvador, it’s growing on a two-time Cup of Excellence-winning farm: Finca Himalaya. We spoke to Mauricio Salaverria, Founder and General Director of Divisadero Coffees (which has also won Cup of Excellence two more times for other farms).

We spoke to him at Micro Coffee Festival El Salvador, where he hosted international visitors. He told us why he believes farming Maracaturra will help him produce even higher-quality and higher-yield coffee. 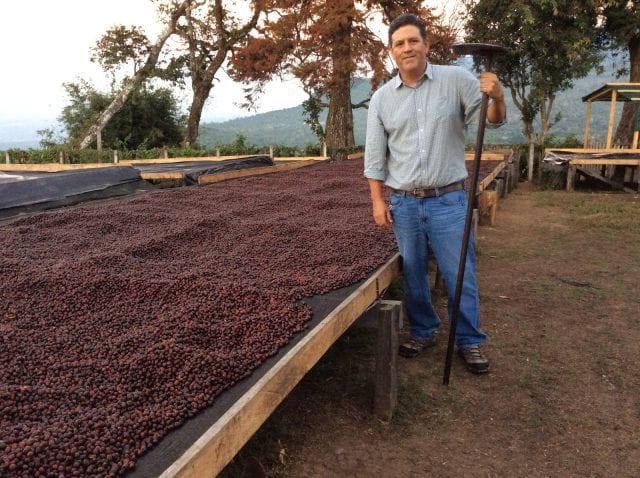 Maracaturra is rare in El Salvador, where Bourbon, Pacas, and Pacamara make up 83% of the total coffee production (according to the Consejo Salvadoreño del Café).

These three coffees can produce excellent cup profiles. The World Coffee Research (WCR) says they have “very good”, “good”, and “very good potential at high altitudes” respectively. However, they are also all susceptible to coffee leaf rust (la roya), as well as coffee berry disease. Coffee leaf rust hit El Salvador hard in 2012, along with many other countries in Central America. 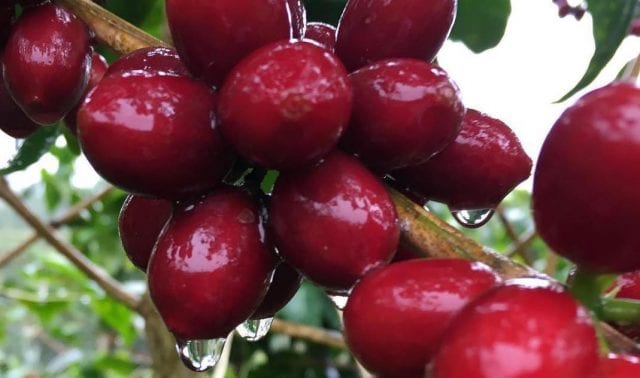 Breaking With Tradition: Why Maracaturra?

Mauricio currently grows Maragogype, Orange Bourbon, and Pacamara. But despite their high cup profiles, he was keen to find ways to improve his coffees.

Then he spoke to Manuel Meza, who at the time was Research Director of The Salvadoran Foundation for Coffee Research (Procafé). Manuel Meza told him about seeing Maracaturra in Matagalpa, Nicaragua. He also told him that it had been in the top five in the Cup of Excellence in Nicaragua more than once.

Mauricio knew he wanted to try farming this varietal. “I was looking for a more productive varietal than both the Maragogype and the Pacamara,” he told me. “They both have great profiles, but the Maracaturra could provide great cup profiles and yield.”

And Manuel Meza was happy to help Mauricio out. He brought him Maracaturra seeds to plant. 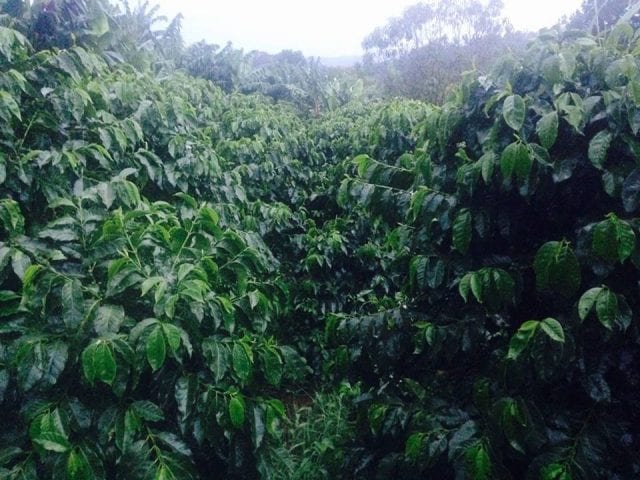 What’s So Special About Maracaturra?

Just like Maragogype, which is known as “the elephant bean”, Maracaturra has a large bean size. And Mauricio tells me it inherits a great taste profile and high productivity from the Caturra. With a short stature but abundant foliage, it’s resistant to wind-damage – which is useful on Mauricio’s windy farm.

Unfortunately, this varietal is susceptible to coffee leaf rust so it requires a high level of maintenance. However, its cup profile is characterized by tropical fruits and bright acidity. It has already won fifth place in Cup of Excellence 2015, and Mauricio believes that in future harvests it may turn out to be superior to the Pacamara.

In the future, Mauricio plans to semi wash, honey, and natural process the Maracaturra cherries. In this way, he will find the best processing method. He also uses African beds, which with the constant air flow at Finca Himalaya will help to ensure even drying.

As with every coffee farm, and every varietal, care, experimentation, and monitoring over the long term is necessary to see the best results – but Mauricio is confident in the potential of Maracaturra. 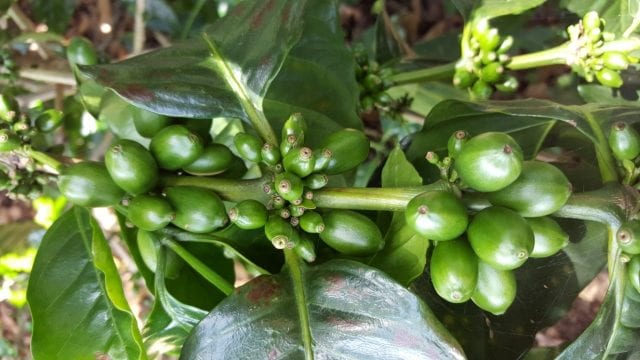 For Mauricio, keen to increase the quality of his coffees, Maracaturra is a promising varietal. It also allows him to offer his clients a wide variety of choices. He’s found that clients from France, Australia, and Canada are open to it – an exciting sign for him.

*Maracaturra is separate to F1 hybrids, such as the ones that World Coffee Research have been breeding.

With thanks to Mauricio Salaverria for hosting and talking to us while at Micro Coffee Festival El Salvador.