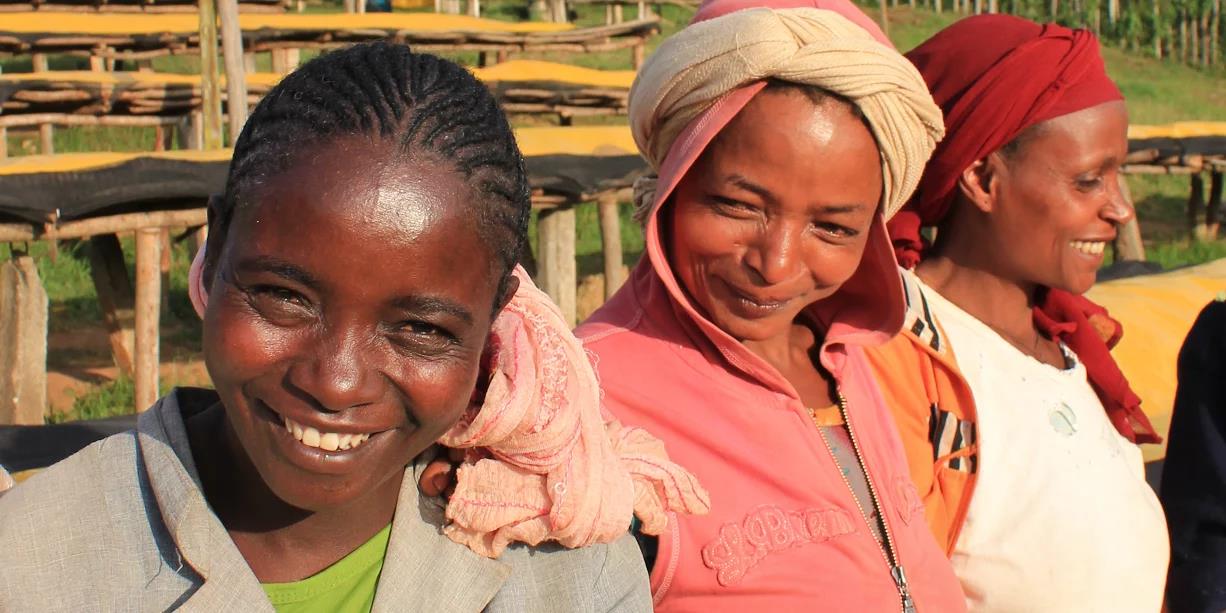 “It’s killing more women than maternity complications these days,” Guy Stallworthy, Executive Director of Grounds for Health, tells me. He’s talking about cervical cancer, something he believes should be a major concern for the coffee industry.

It’s his opinion that the coffee industry has done exceptional good in the fight against the disease – but there’s still plenty of progress still to be made. 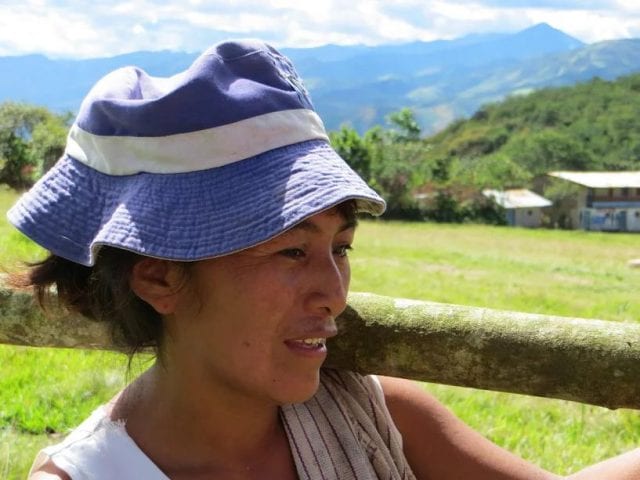 A coffee farmer in rural Peru. Credit: Grounds for Health

Cervical cancer isn’t a major issue in countries like the US or the UK, where the number of fatalities has declined dramatically in recent decades. Yet it’s still a major killer elsewhere in the world.

In 2012, an estimated 266,000 women died from the disease (WHO). Approximately 87% of deaths are in less economically developed countries (WHO): ones like Colombia, Peru, Ethiopia, Rwanda, Indonesia… And if that list seems familiar, it’s probably because you’ve bought coffee from one of them recently.

What’s more, there’s a large chance your coffee was produced by at least one woman. Fairtrade estimates that they make up 60-80% of coffee farmers. They are also farmers’ spouses, mothers, aunts, and daughters. They look after children, they help cook, and they work in the community in addition to on the coffee farms.

And every year, some of them are dying unnecessarily from cervical cancer. 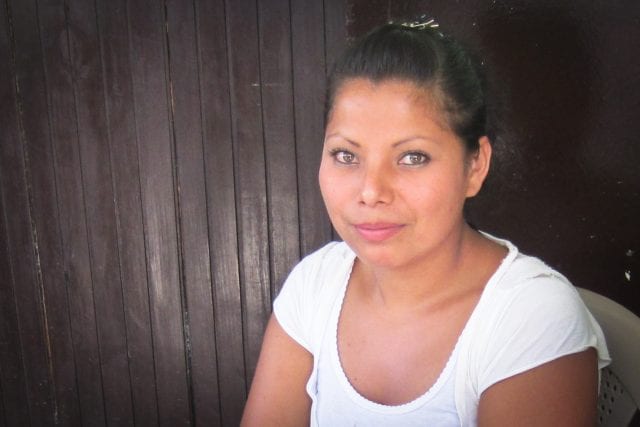 Cervical cancer is responsible for the deaths of hundreds of thousands of women in low-income countries every year. Credit: Grounds for Health

“It’s for want of a very basic service,” Guy explains. He’s talking about cancer screenings. “It’s not expensive, and it’s not advanced medicine. But it’s just not available to women in low-income countries.”

That’s where Guy’s work comes in. Grounds for Health is an NGO supported primarily by coffee organisations and dedicated to providing cervical cancer screenings in low-income countries.

The vaccine is another solution, but one that is not currently widely available in low-income countries. “There’s going to be 40, 50 more years of totally preventable death from cervical cancer before the vaccine solves the problem,” Guy tells me.“We think it’s absolutely the long-term solution. But there are millions of deaths in the next 20 or 30 years that can be prevented.” 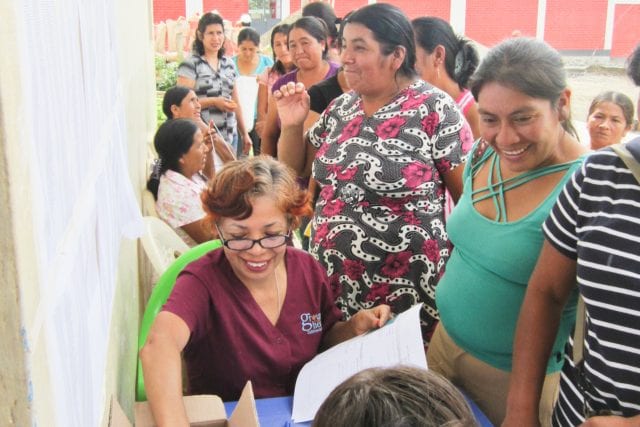 Focusing on the Community

The organisation works within the community as much as possible, training community health workers that Guy tells me are often members of coffee-producer cooperatives.

“[The health workers] then go and give some basic information in the communities where these screening services are going to become available, and we get hundreds of women showing up for screening events. Because there is this fear and awareness out there…”

“I think it’s hard to capture the emotional impact. We focus on the numbers because that’s appropriate from where we sit, but I think it’s important to remember what it means for each one of these women.” 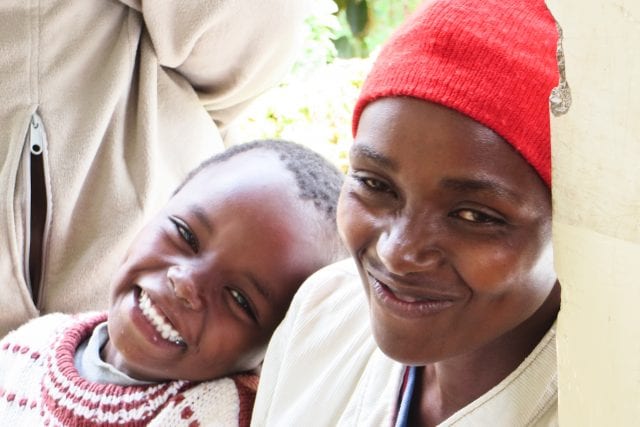 What Does Cancer Screening Achieve?

Of course, cancer screening is not cancer treatment – but the aim is to find the lesions before they become cancerous.

“There are really three levels of medical care that are needed, depending on what the finding is,” Guy explains. “Typically, 10-15% of women in low-income settings where there’s no history of cervical cancer screening might be found to have lesions.”

For most of these women, it’s still good news.  “It can be dealt with then and there by a nurse with cryotherapy – freezing. You do the same for warts on your finger. [The women] can be treated the same day and go home and be fine.”

However, other women face a much scarier future.

“There’s a much smaller number of women who have a lesion that’s too big for that. And it’s surgery that is needed. That’s much harder to make available because you need a small operating theatre. Typically, you can’t do it then and there, but you can refer the woman to a hospital. It might be an hour away, it might be four hours away.”

“The problem is that you also find women who have already got cancer, although they may not know it yet. Because the screening has not been available you find that more than you would after ten years of screening, of course.”

“And that, unfortunately, is hard to find treatment for in low-income countries. Often there might be one major hospital in the capital city that is set up to do chemotherapy, maybe radiotherapy and surgery. So the women have got to get there and even if they can get there, the waiting lists and availability of treatment is nothing like it is in the UK or the United States. Often it’s just a question of referring people to palliative care, sadly.” 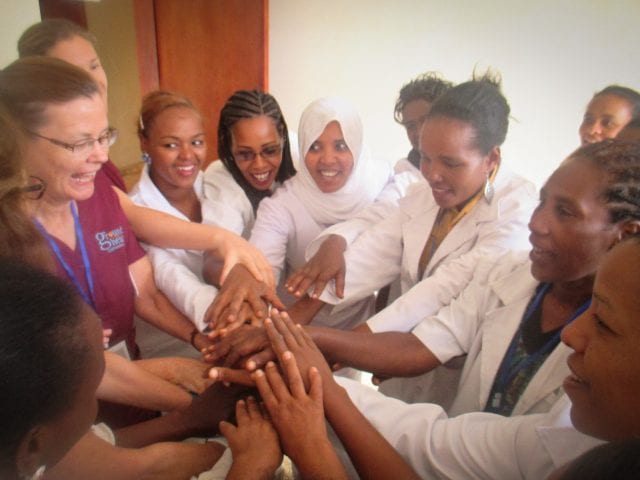 How Can You Support Grounds for Health?

I ask Guy how the coffee community can support Grounds for Health. Would he be interested in hearing from people with experience in healthcare?

He tells me that yes, they would; however, they try to work mostly with local healthcare providers. They’ve been providing training for twenty years and now, he tells me, there are more and more people in low-income countries with the necessary skills.

That doesn’t mean, however, that the coffee industry cannot support Grounds for Health.

“Of course, writing a cheque is very nice and we will be very happy about that,” he says. Businesses often find creative ways to provide financial support. “Some people have built it into their business model by having particular brands or blends from which a portion of the proceeds comes to Grounds for Health. Or they’ll do time-limited promotions. We also do an auction twice a year – the next one will be in June.”

“But I would say that the main thing we would be interested in is spreading awareness of cervical cancer within the coffee industry.”

He tells me that around 200 stakeholders in the industry support Grounds for Health in any one year – but he believes a small increase in support could produce a significant increase in cancer screenings.

“I believe that we could do ten times as much with just a modest increase of support from a core base in the coffee industry, from individual coffee shops up to big roasters and importers.” 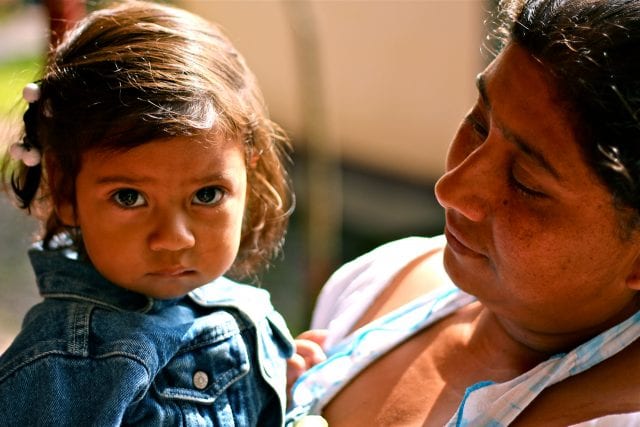 The Future of Cervical Cancer Prevention

“People could say, Well why? What’s the relevance of this to the coffee industry?” Guy pauses. “But I think there’s an understanding that coffee is produced primarily by women. You have to identify and visualise the women who are making our industry and our coffee possible, and they don’t have access to the same services we take for granted. This is just one amongst many, but it’s one in which the disparities are particularly acute.”

“The coffee industry has actually done an extraordinary thing that’s not widely known and it deserves recognition for that. People in the industry should feel real pride in taking this issue and really exercising leadership on it.”

“But they should also feel energised, excited by what the industry can do. I mean, how nice would it be if the coffee industry were to just take this issue industry-wide and say, ‘Let’s collectively challenge each other and be known for taking on this issue and solving it’. This problem is so solvable, and there are so few resources going into it, that a single industry could transform it.”

How The Coffee Industry Is Working to Improve Health Care
The Costa Rican Coffee Shop Culture according to Glen Arce
INTERVIEW: The De Leóns on Bringing Coffee Back to Origin
Nature vs Nurture: What Has The Greatest Effect on Coffee Quality?