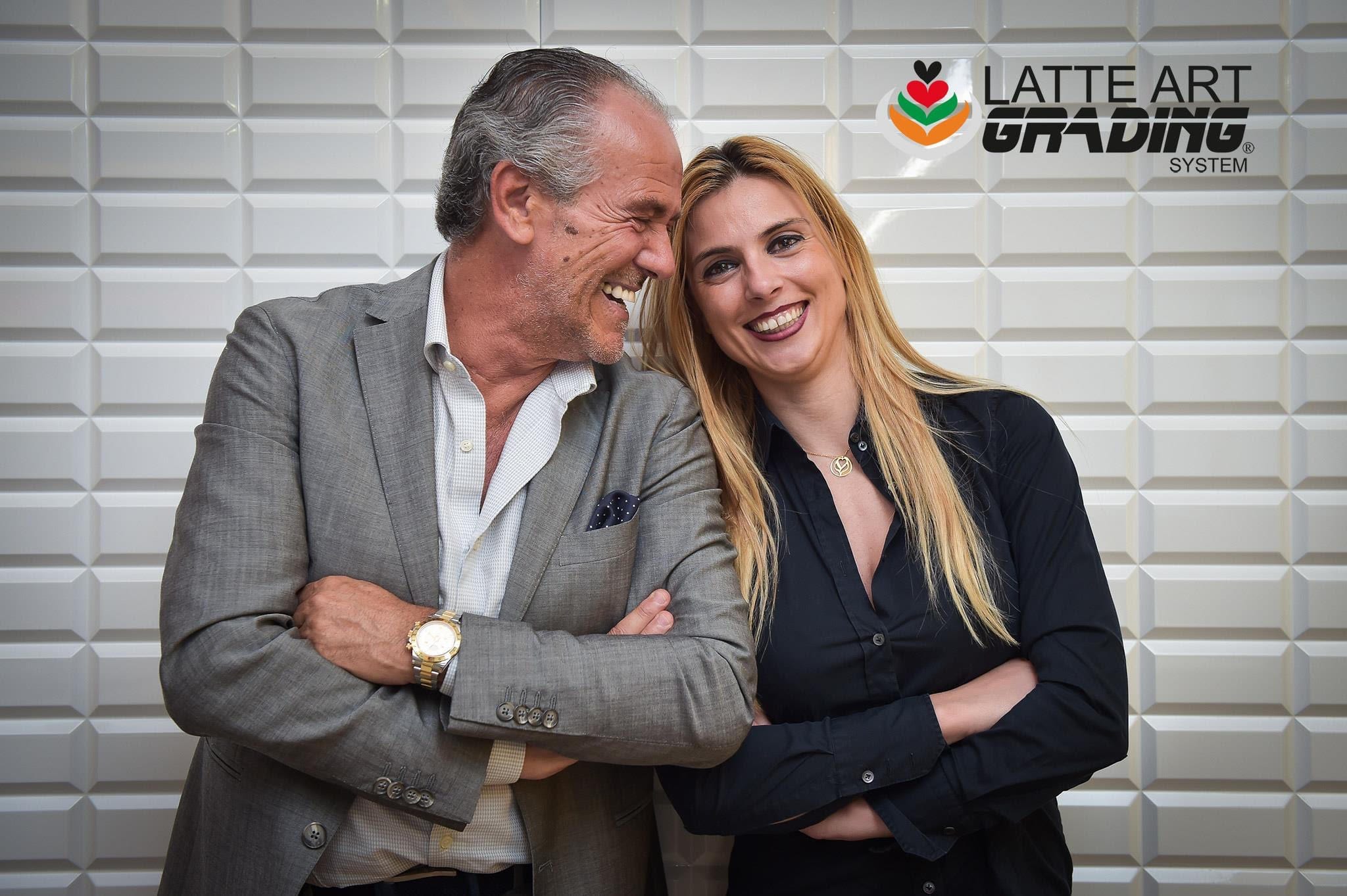 Luigi Lupi: master barista, sommelier, bartender, AST, SCAE Passionate Educator 2012, and the 2002 Italian Barista Champion. But that’s not the most impressive thing about him. He’s also one of the first creators of latte art, along with David Schomer. The CEO and Founder of a Latte Art Coffee School. And the creator of a latte art grading system and professional certification that is used globally.

He travels around the world, certifying hundreds of people. Yet on the way to the airport, he took a few minutes to answer some questions from us.

SEE ALSO: How to Organize a Latte Art Throwdown in 7 Steps

Hi Luigi, thanks for talking. So how did you get into coffee?

In 1978, when I was 25 years old, I was working for the Fiat Group in Italy and they transferred me to Venezuela. I was based in La Victoria, Aragua, for four years. I learned Spanish and visited sugar cane fincas and coffee haciendas.

There’s a town named La Colonia Tovar there. It was founded by German emigrants in the 19th century. There are so many fields filled with coffee plants. The first time I ever touched a coffee cherry was in that town. 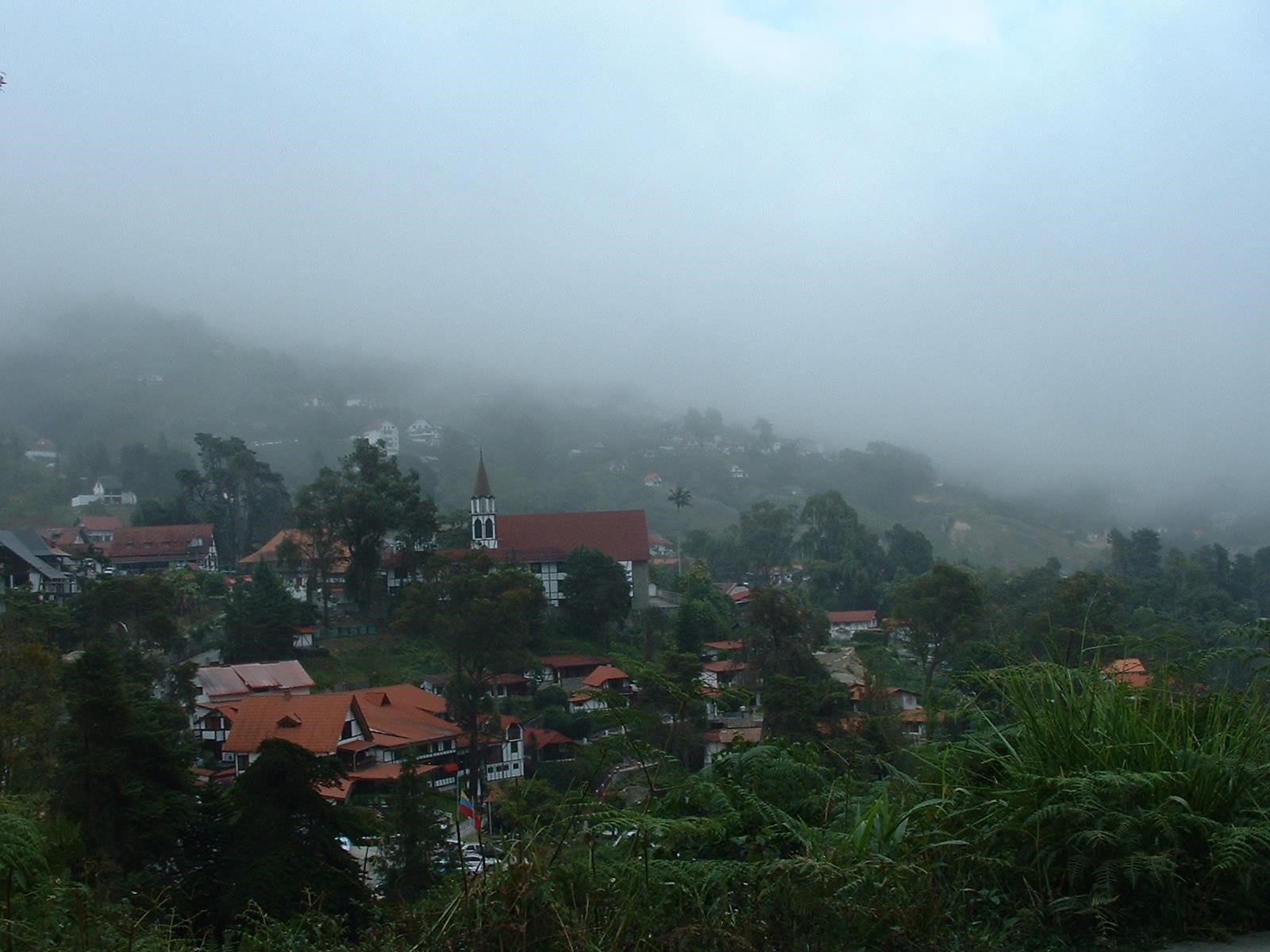 How did your relationship with coffee develop when back in Italy?

When I returned to Italy in 1981, I had the idea of opening my own coffee shop. And so I did, that very same year. I served coffee in the morning, lunch at noon, appetizers in the afternoon, and cocktails late at night. Years of this gave me a deep understanding of the coffee industry.

In 1992, I met Piero Merlo in Verona. This guy had a different technique for making cappuccino: when he poured the milk over the espresso shot, he finished the cup with a tiny design in the middle. It wasn’t a sketch like today, just a little heart or a simple tulip. But he taught me the basis of latte art and, after that, I spent many years perfecting the technique.

Once I asked Piero who taught him “painting with coffee”, but he didn’t know. The first creator of latte art remains unknown.

And how did latte art grow from there?

I spent so many years as a barista and, thanks to the SCAE, I fell in love with coffee and this industry. In 2002, Musetti, my coffee provider, asked me to participate in the Italian Barista Championship. I won that competition and went on to represent my country in the third World Barista Championship in Oslo, Norway. I finished in fourth place.

During my presentation, the judges and organisers – both SCAA and SCAE – were surprised to see my cappuccino preparation. I showed them my latte art technique and, although I didn’t win the competition, there was a curiosity about the latte art I’d used.

This curiosity spread quickly. I explained the technique, how I learned it from Piero Merlo, and the improvements I had made over the years. After Oslo, people would call me from around the world, from Asia and Europe, inviting me to teach the technique. I named it Cappuccini Decorati, which in English means “decorated cappuccino”.

In 2003, I travelled to Seattle and met David Schomer, a barista and the owner of Espresso Vivace. Years before, he had recorded a VHS called Caffe Latte Art. We shared videos via the internet. The name latte art stuck.

I continued travelling around the world spreading awareness of latte art. 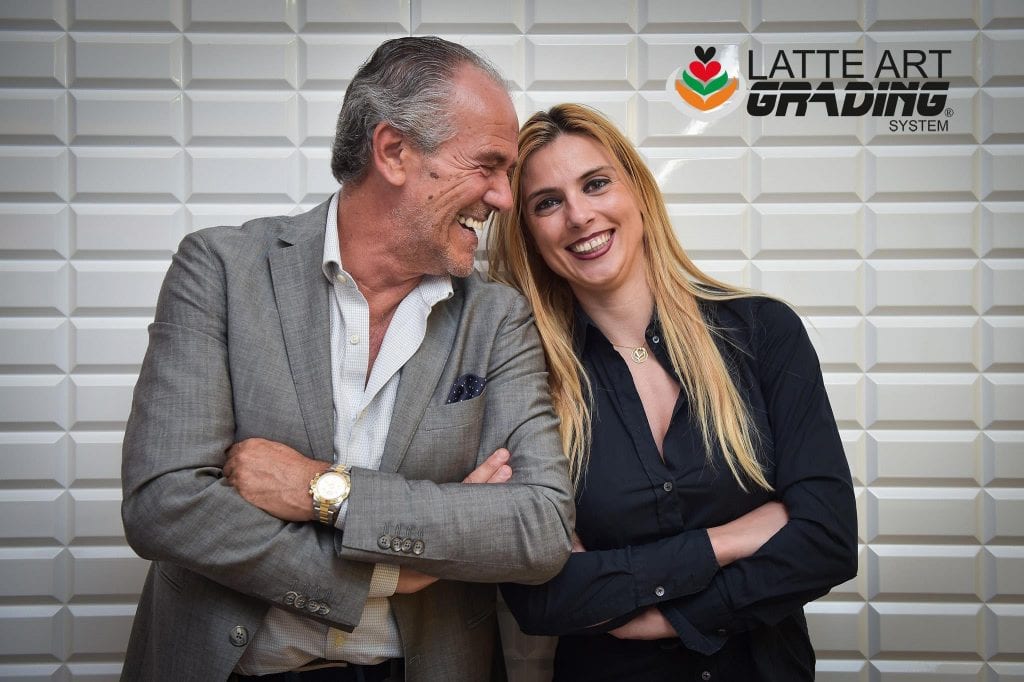 Did you ever consider competing in the World Latte Art Championship?

The SCAA and SCAE organised the first World Latte Art Championship in 2006. Many people suggested I compete but I thought that was unfair: all the competitors were my students.

One of my students, a Korean named Um Paul, is the current World Latte Art Champion. He’s been my student for twelve years. He jokes about calling me “guru” even though he’s the World Champion. 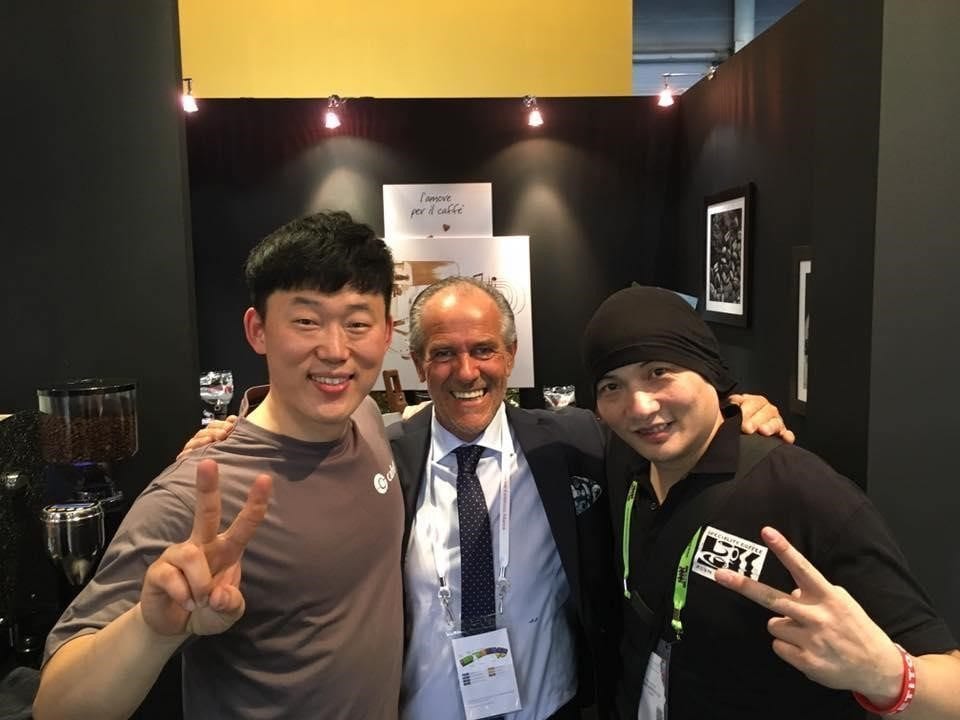 What is the Latte Art Grading System?

In 2007, I became an AST with SCAE. I found that people would ask me for SCAE latte art certifications, but I didn’t have permission to do that. So with my partner Luca Ramoni, I created Latte Art Grading System (LAGS): a certification just for latte art.

The LAGS is a series of qualifications that assesses the technical skills and creativity of baristas in latte art. It has five levels or grades, each with a different colour (just like in the logo): white, orange, green, red and black. Each one corresponds to specific skills the barista must demonstrate.

Any barista or professional, regardless of experience, can apply for this certification. The requirements include being able to make a perfect espresso, knowing how to froth the milk, and free pouring. In the past, you could use pencils and tools for etching, but now we require baristas to free pour.

Those who pass the certification receive a Latte Art Grading Certificate with their grade or level on it, along with a milk jug in the corresponding colour. Their name is also listed in an online directory of certified latte artists. 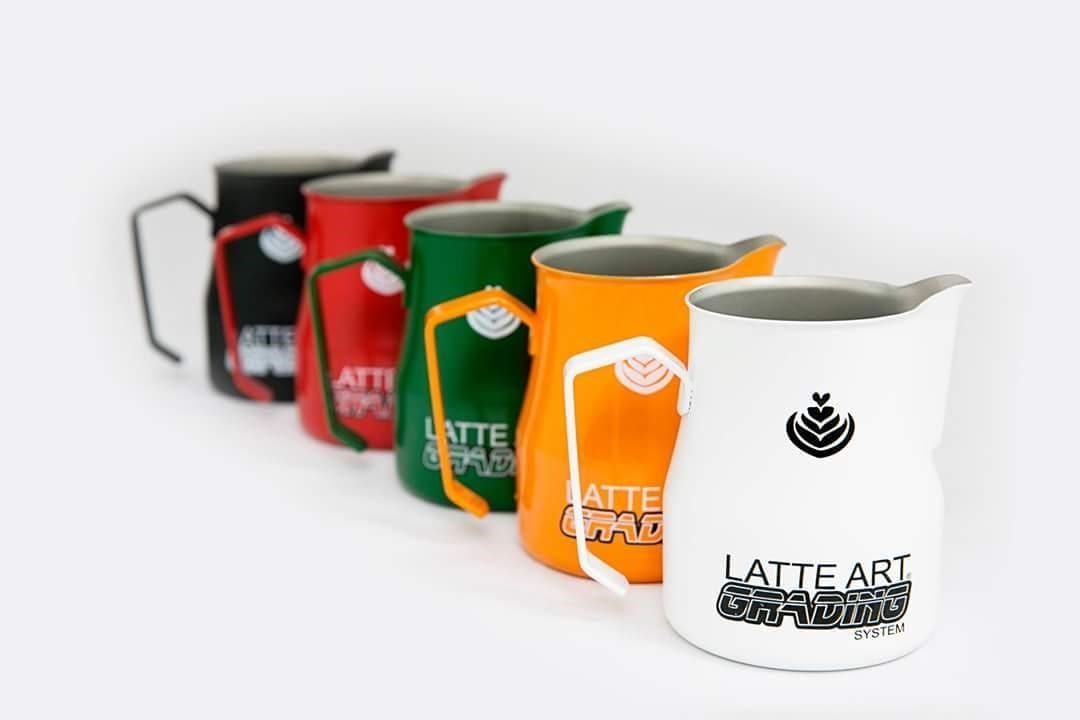 What’s the hardest part of your work?

I’m away from my family for too long. Despite enjoying traveling so much, it doesn’t leave me much time to enjoy with my kids. In November, I’ll go to Taiwan to deliver more SCAE and LAGS training. Then I’ll travel to Myanmar where I’ll work with Sithar Coffee Company to create a coffee blend brand with my name on it.

And what’s the biggest reward?

When I received Passionate Educator Award from SCAE in 2012, having worked for many years to train passionate baristas around the world. And this year, I received the Trainer of the Year Award in Italy. 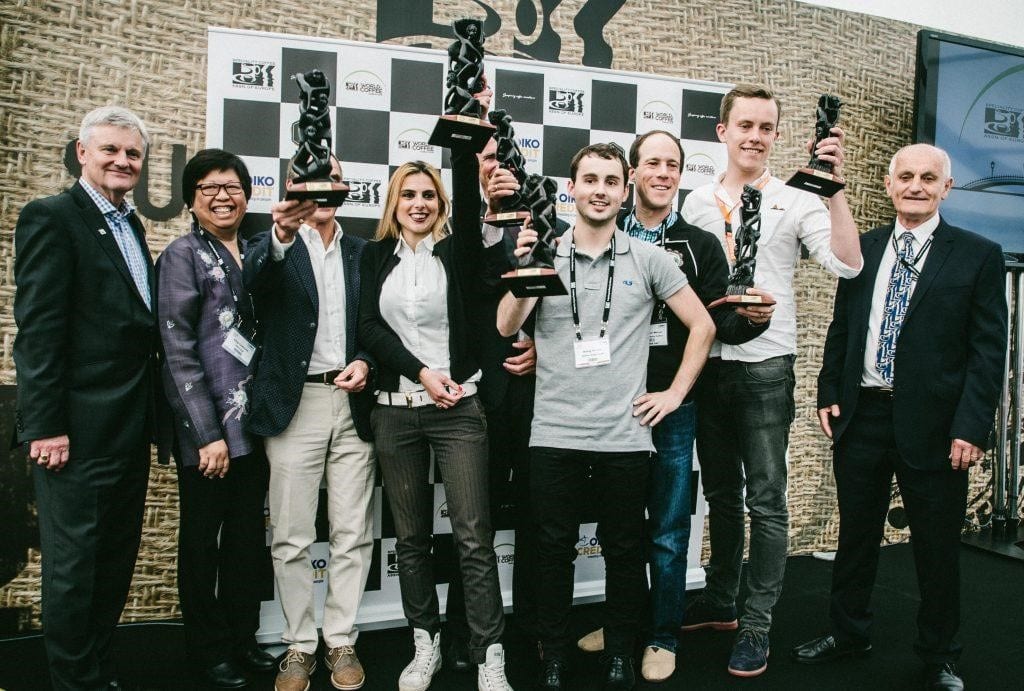 Thank you for chatting, Luigi!

Ricardo is a contributor based in Venezuela

Boosting Coffee Shop Profits Through Engaging Retail Offerings
How can coffee shops draw customers back after Covid-19?
Do You Know the Truth Behind These 6 Coffee Myths?
Why would coffee shops choose to roast their own beans?