Perfect Daily Grind > Roasting Fundamentals > James Tooill: I Competed in the Brewers Cup to Be a Better Roaster 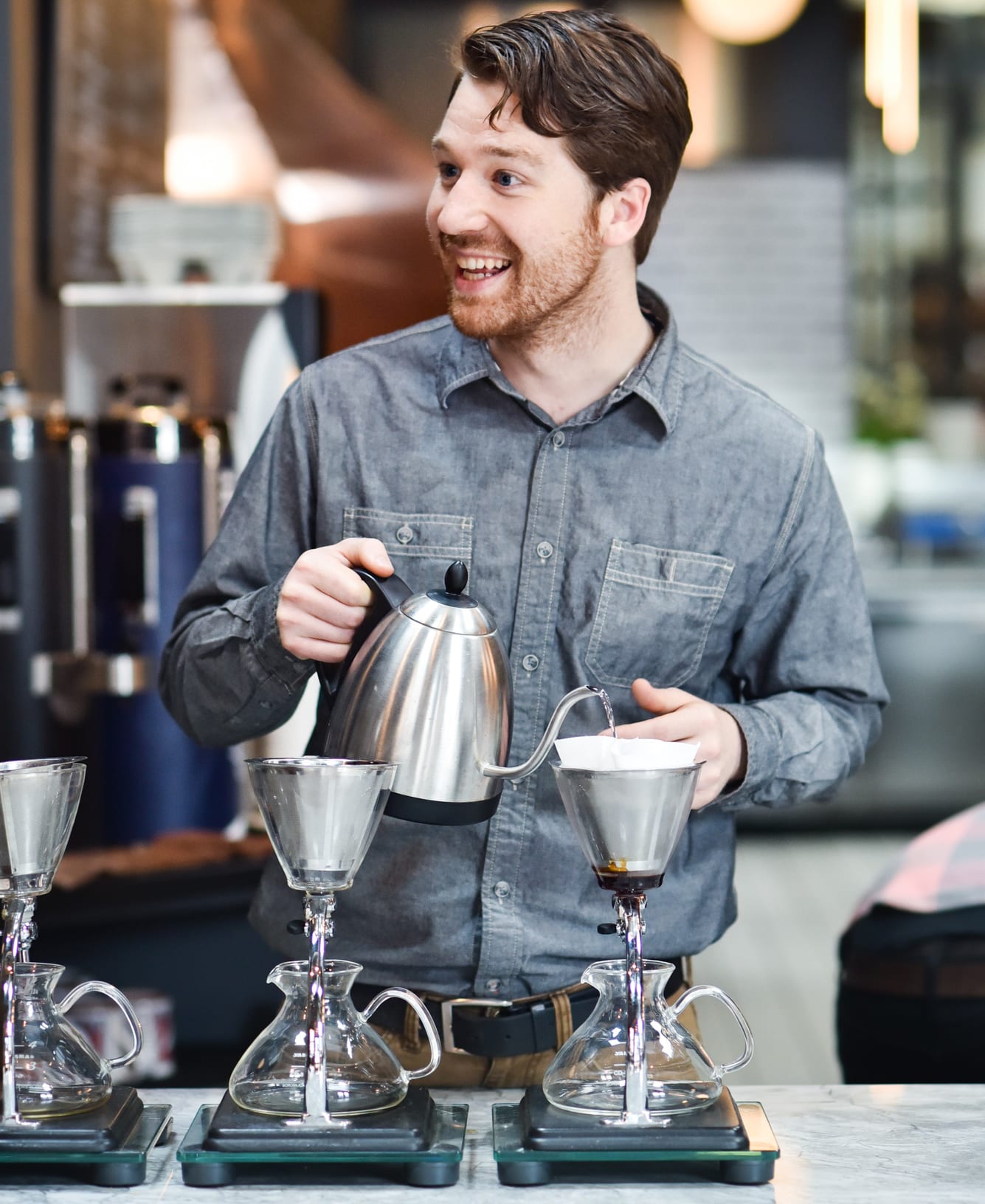 If you’re going to spend hours preparing for and then competing in the Brewers Cup, not just once but three times, it’s probably because brewing is your number one priority. Not so for James Tooill.

Although he’s certainly passionate about making coffee, he’s foremost a roaster and cupper. In fact, the first time he competed, it was solely to improve his roast skills. His whole routine was arranged to push his abilities in the hardest ways possible.

He sat down with me at Primavera Fazenda, on the Ally Coffee Champions Origin Tour 2016, to tell me about why competing is so important, his tendency to trust his instinct, and how he makes sure he’s constantly learning. 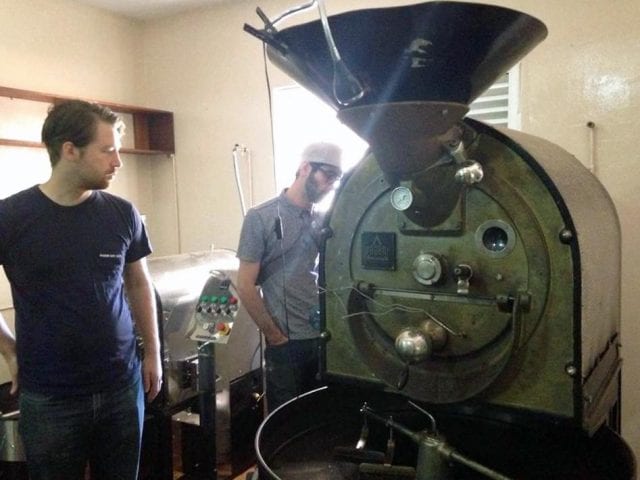 James admires a renovated Probat at Academia do Café.

“It was fun,” he tells me. But this year it was also last minute. “I wasn’t originally planning on competing. I was coaching one of my coworkers and roasting for him and also our barista competitor. My boss signed up to compete but he decided he was too busy, so I took his spot at the last minute. I didn’t do so well at the regionals but then I qualified and I had a lot more time to get ready for nationals.”

I asked him about how he picked his coffees. “It was difficult,” he says, “because we had a lot of good coffees. I was really interested in natural processing, so I decided just two weeks before that I wanted to do a blend: a natural Brazilian coffee, an Ethiopian coffee, and a Panamanian coffee.”

Think two weeks is cutting it fine? That’s nothing.

“I actually changed one coffee to a different coffee the day before the finals. In between the first day and the second day, I changed the coffees to be two natural Panama Geishas and a coffee from this farm, Primavera Fazenda, in Brazil.”

“It was a last-minute decision. I was at the show, and talking to my friend Steve Holt and he gave me a little sample, and when I tasted it I just realised it was…. It was the best cup of coffee I’d had that year, and… I just knew it was better. I knew, everything that I did as a brewer, that coffee was better. And so, at the last minute, I just changed it out.” 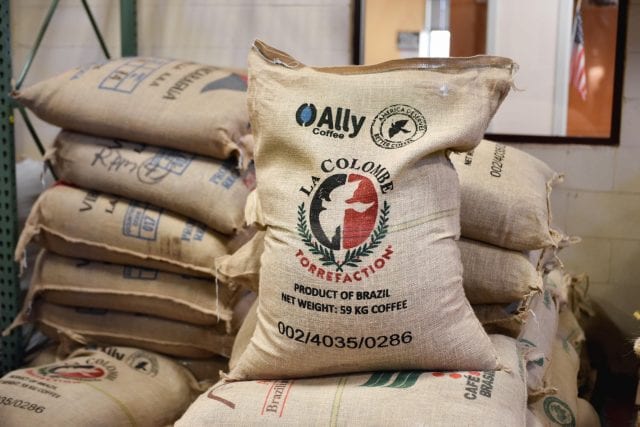 I tell him it must have been a good choice; he tells me it was stressful. “I only had less than 18 hours to go from brewing one coffee to a totally different farm description and taste description and brewing parameters.”

The result was a tired competitor but a fresh performance. “We didn’t really start until 10 pm. Steve came over to the apartment, and we started tasting the coffees. Then I picked the coffee and he started telling me all this information about it and the farm. So I spent from 10 pm to 2:30 in the morning brewing coffee, learning about it, and taking notes.”

“[The next day], I just woke up, dialled in the right grind setting, and gave the speech for the first time. So I think it looked very fresh. And I got very good scores on that presentation – but interestingly, the cup scored only a little bit better. So we changed the coffees for the cup score, but somehow the cup score was very similar, but my presentation score was better because I hadn’t practised it.” 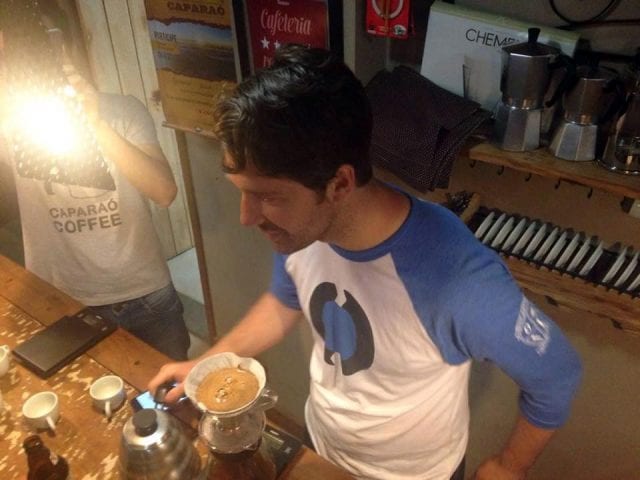 James brews coffee at Caparaó Coffee, on the border of Espírito Santo and Minas Gerais.

Competitions Bring Together the Community

In addition to the Brewers Cup, James has also won the US Cup Tasters Championship and considered participating in the Roasting Championship.

“For me, I think the main thing about competing is that it has been very encouraging,” he tells me. “You’re working in a very small group of people, roasting coffee, and taking it very seriously. And you know, I live in a small town, very small. And so you’re just trying to impress yourself, and your friends think you’re kind of crazy, but then you go to a big show, and everyone feels the same way that you do.”

“They all have different ideas, but they all have the same passion. And it just like feels like you’ve found your home for a short period of time. 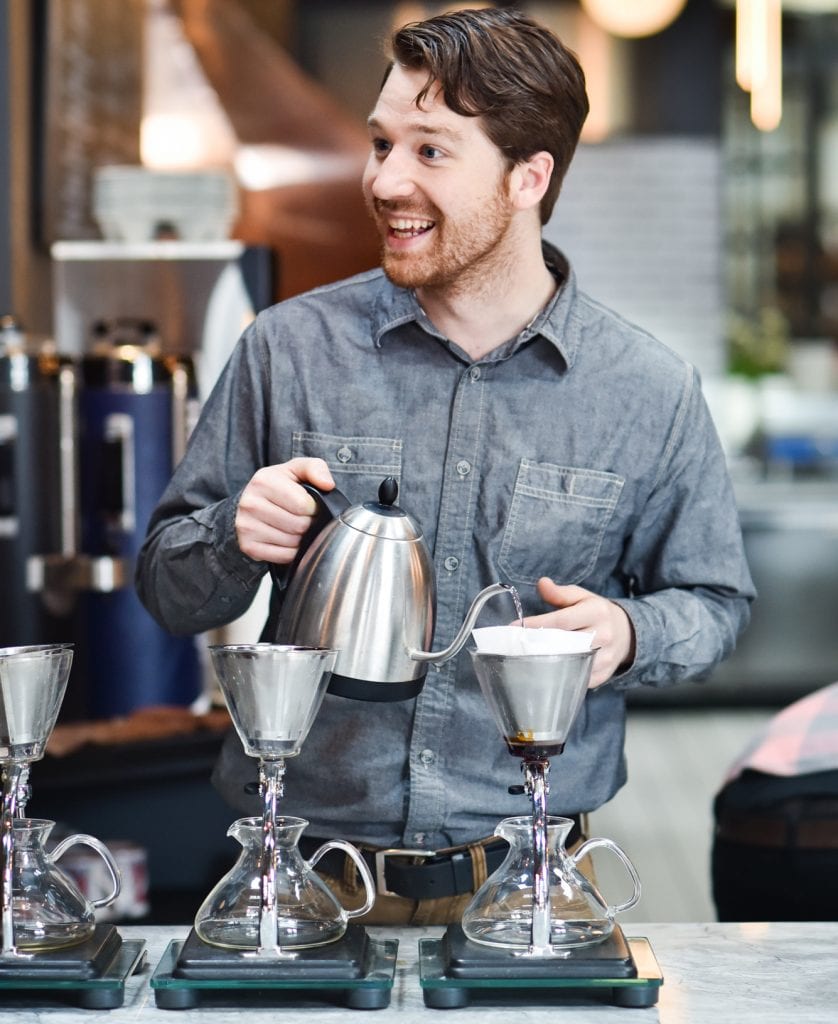 I ask him about how competitions further innovation and education. “You know,” he says, “there are a lot of conversations at the show, and then afterwards, you’re just thinking about ways that you could do things better.”

“Tetsu [Kasuya, World Brewers Cup Champion] brews coffee completely different than anything that we tell our baristas to do – but it tastes so good! He pours the water in and then he lets it drain all the way out before he puts the water in again. And he stirs a whole bunch all the way in the middle of the brew. And it’s delicious.”

He’s been trying Tetsu’s brews throughout the trip, including on a coffee throwdown on the farm organised by Ally Coffee, but he also tried his method at home as soon as he saw the performance. “It was delicious,” he emphasises.

“It’s good to understand what other people do, but also why. They say, I stir because it’s more heavy. Or I roast a bit darker so I can brew with cooler water. To hear why people do things helps you understand more.” 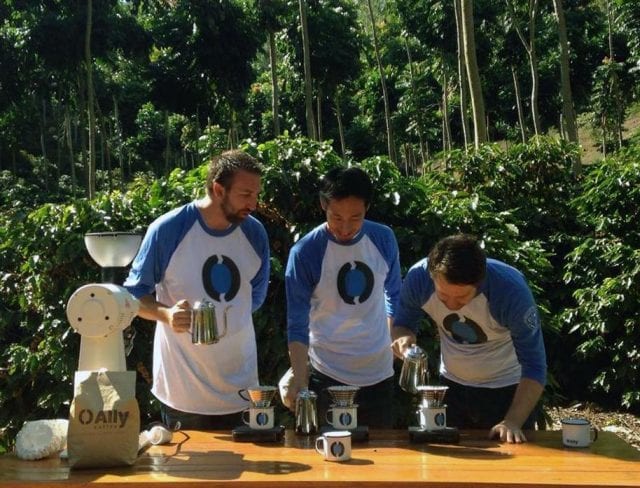 Travelling with the other barista champions, many of whom he had profound levels of respect for, also underscored the importance of community for James. The eight-day trip has taken us to twelve farms, two parties with producers, mills, and more. But it’s also allowed everyone to share their thoughts and feelings about coffee.

“They’re all very passionate and knowledgeable,” he tells me. “And they all have different areas of responsibility and activities that aren’t always the same.”

“You know, I’m very amazed that Andrea [Allen] is here because she has a baby and even amazed that she did so well in the competition without a sense of smell,” he adds, referring to when she competed while pregnant in 2014. “And Lem [Butler, USBC], I mean, I’ve been reading about him for nine years. Or at least 8. He’s so like accomplished and experienced and knowledgeable. And it doesn’t make him any less passionate to be on this trip.”

The knowledge exchange has also been a valuable experience. “I get to work on the roaster with Tony [Querio, US Roaster Champion] and he’s very knowledgeable. Also he’s part of the Roaster’s Guild so I’m experiencing learning how other people roast coffee.”

“And I got to watch Tetsu brew, watch him use his four-six method, and it was very interesting. And Kyle [Bellinger] owns a farm, so he knows a lot about processing. I’ve learned a lot.”

SEE ALSO: Interview with James Tooill: Brazil Is the Future of Specialty

Brewing as a Roaster

I brought the conversation back to the competitions, and asked him if thought he’d have won if he’d used Tetsu’s four-six method.

“But Tetsu did the same thing, except his job is to brew the coffee, so he just focused on his job. And I think doing this makes everybody better at their own job.” 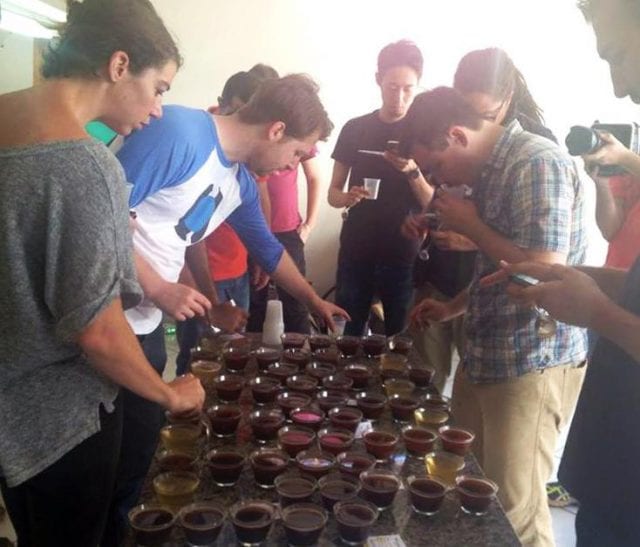 James cups some of Ally’s coffees, along with Andrea (front left), Kyle, Lem, and Tetsu (right to left).

In fact, he tells me that he always uses the same brew. “I’ve done Brewers Cup three different years. Four if you include coaching. And all four years, I’ve used the same brew: immersion, four minutes, 1:15.”

“The first time I competed, I didn’t change my brewing method at all. I just forced myself to roast the coffee so that it would taste good in the cup. Which is very difficult, but it helped me a lot to become a better roaster. Even the water temperature, I didn’t change it. I just roasted the coffee differently.”

I asked him if that was a matter of convenience or if it was for the challenge. “To set myself a challenge. And to focus on learning one thing. Because there’s so many different things to learn, that you have to kind of focus on one thing.”

It’s easy to hear James’ story of last-minute decisions and underestimate him. As a roaster and cupper competing in the Brewers Cup, you could think he takes these decisions lightly. But it’s clear that, while his routines may change, his purpose doesn’t. He’s determined to be the best roaster and cupper he can be – and challenging himself in the Brewers Cup is just one step towards that.

With thanks to James Tooill, Ally Coffee, and the producers who hosted us in Espírito Santo, Caparaó, and around Fazenda Primavera. 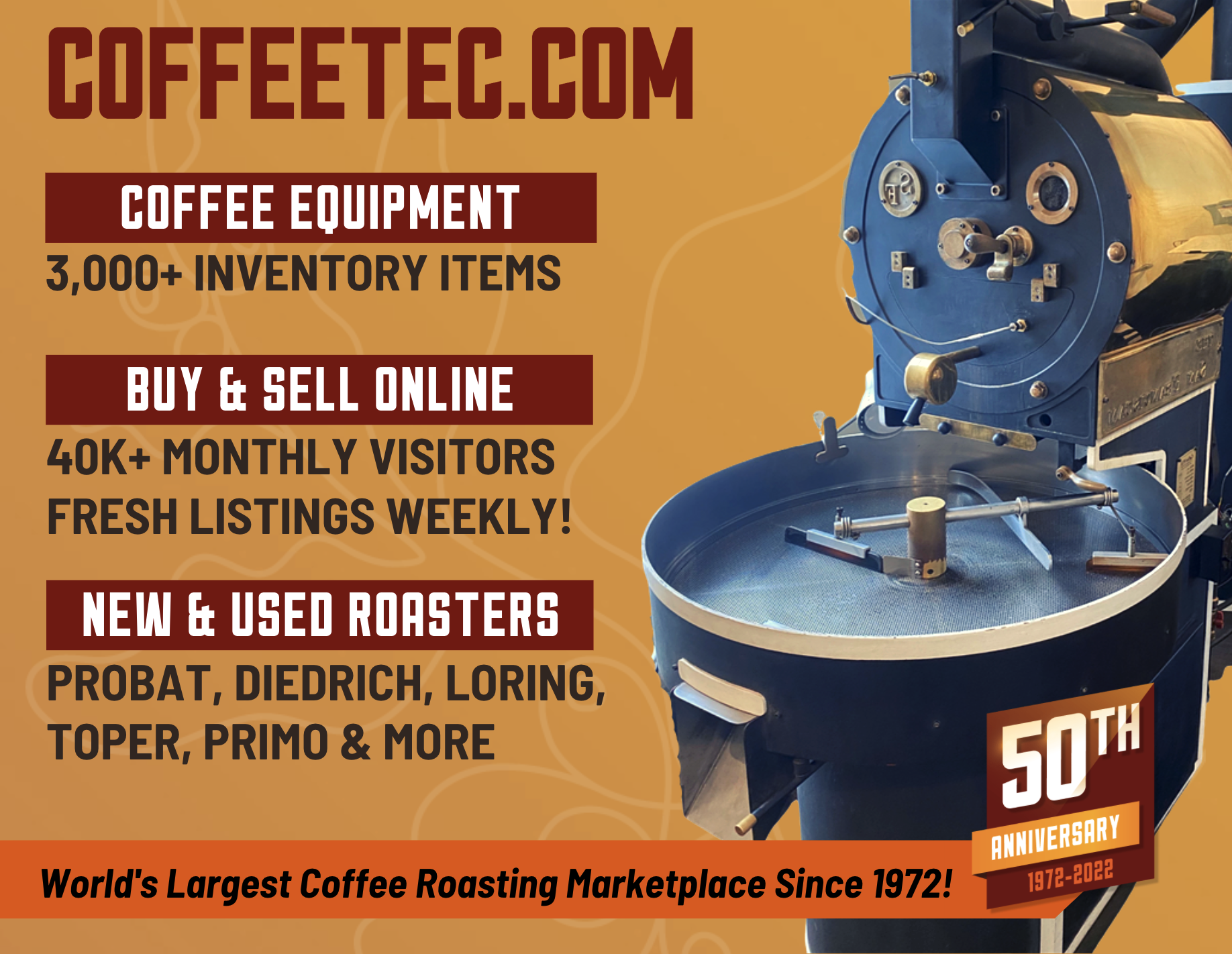 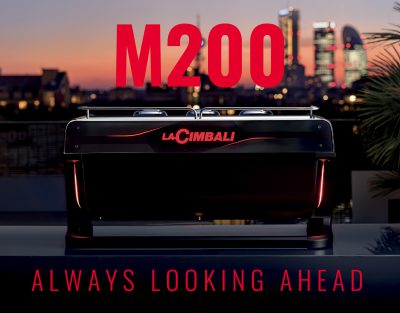 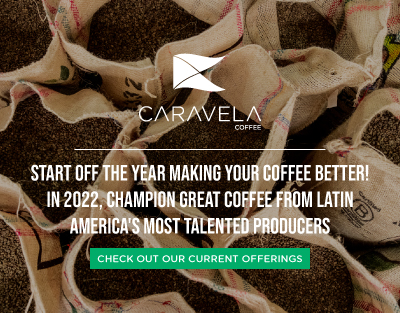 How to roast different coffee origins
How to Build an Espresso Blend
How Does Moisture Content Affect Coffee Roasters?
Green Coffee Buying: 5 Tips for Bidding in Online Auctions