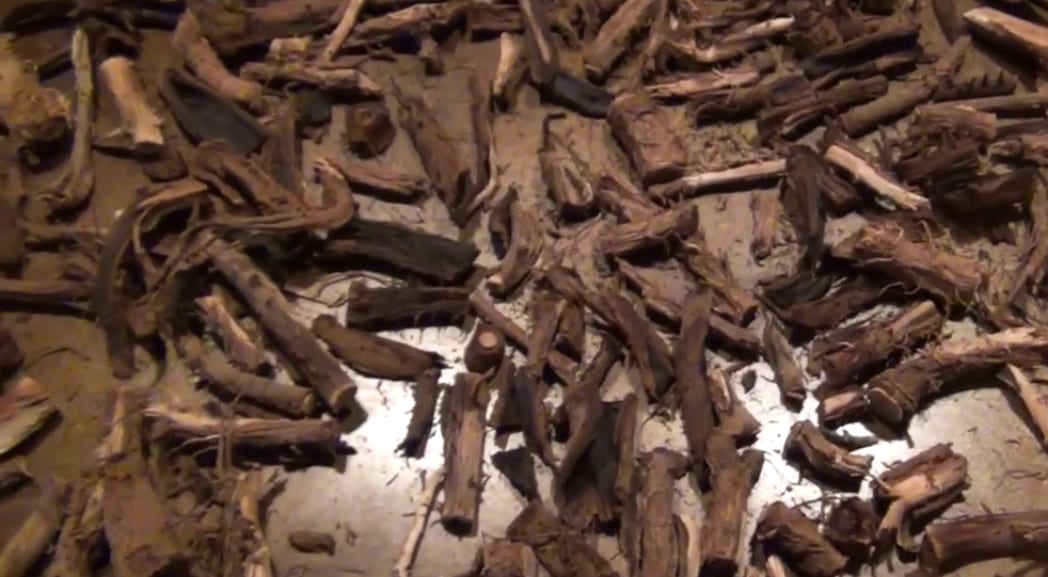 The story of chicory in coffee is one of economic hardships, politics, and tradition. This pretty little plant (also known as cornflower) grows by the roadside and has a surprisingly bitter taste – meaning that, for years, people have added it to their ground coffee when running short.

It was used in France during the Continental Blockade of 1806-1814, during the Great Depression in the ‘30s, on mainland Europe during WWII, and by East Germany and other communist countries during the Cold War.

In other places, it’s still used today. And often, it’s not as a substitute but rather as an integral part of local drinks – notably in New Orleans (where consumption began during the American Civil War but continued due to “tradition”), southern India, South Africa, and past of Southeast Asia. With a rising interested in healthy options, the fact that its caffeine-free is also leading some to go foraging – whether that’s in local fields or online.

This drink is far from what you’d consider specialty, but it’s an important part of the history of coffee. As of such, we’ve rounded up some useful videos breaking down what it is and how people drink it.

David’s Passage, a YouTube channel on edible plants, takes a look at wild chicory. He shares with us where it grows, how to recognise it, and what each part of the plant can be used for. Salad, anyone?

Next up, Tim Rossanelli makes his very own chicory coffee. He demonstrates cleaning, roasting, and grinding this root in the same way that people all over the world still do today.