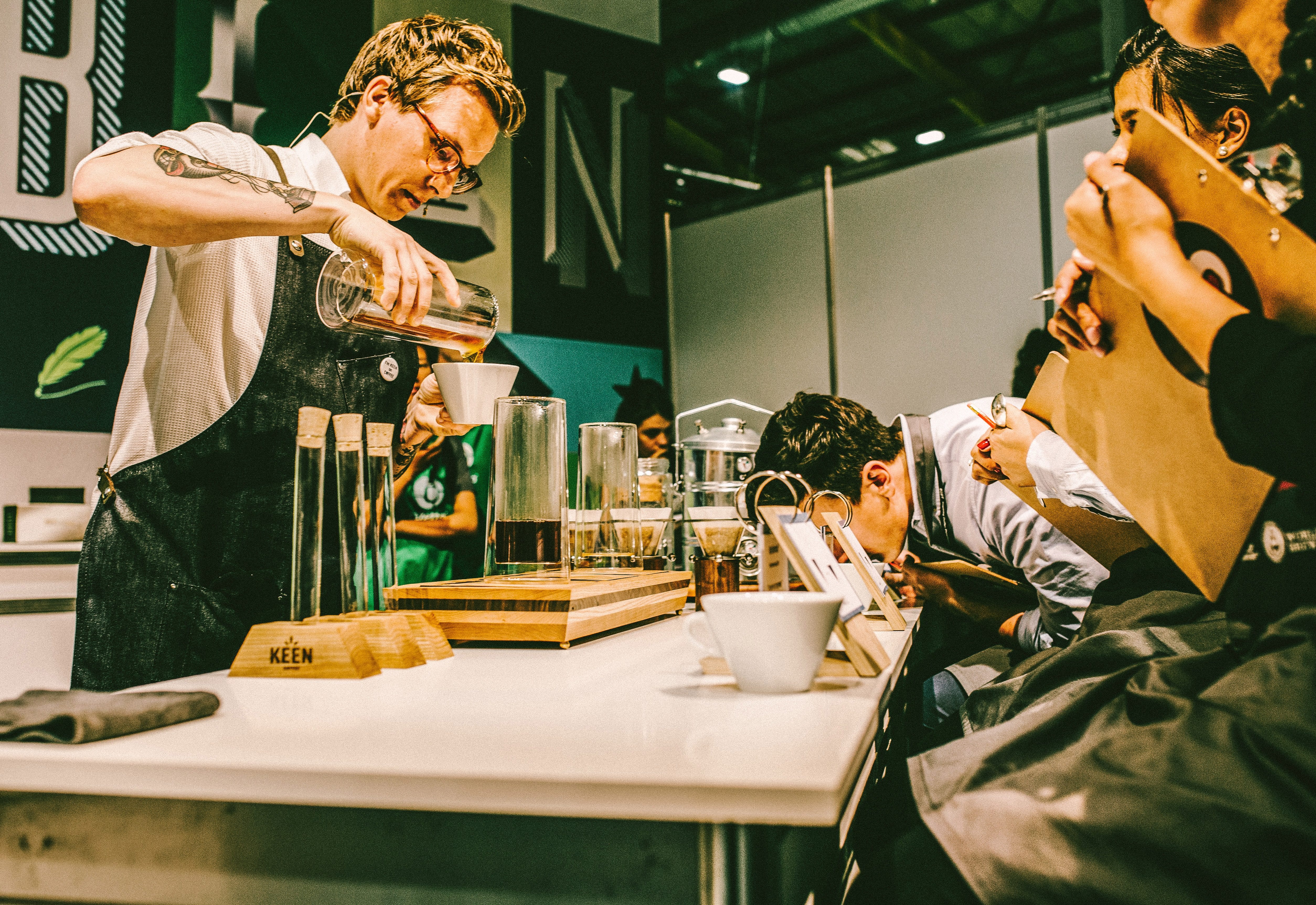 In the 2016 World Brewers Cup, Tetsu Kasuya of Japan gave an impressive performance. He introduced us to what he calls the “four six method” of brewing, demonstrating it with confidence on a Geisha from Ninety Plus Estate. His position as World Brewers Cup Champion is well-deserved.

Yet even while we were watching Tetsu Kasuya and the other finalists compete, Rubens Gardelli, owner of Gardelli Specialty Coffee, barista coach, and 2015 competitor, was looking out for next year’s greats. In no particular order, here’s who he predicts will do well in future World Brewers Cup competitions.

SEE ALSO: 4 2016 World Barista Competitors to Watch Out for Next Year

Carlos de la Torre, owner of Café Avellaneda, isn’t just passionate about coffee; he’s passionate about Mexican coffee. He competed with a blend, because his first-choice coffee – a natural processed Mexican Geisha microlot – wasn’t available in a large enough quantity for the competition. Mexican Geishas are rare, and Carlos just couldn’t bear to not compete with it.

He knowledgeably presented the differences in a Geisha grown in Pluma Hidalgo, Mexico: it’s sweeter, it has more body, it’s less tea-like, and even the cherries are smaller. As for the brewing method, he opted for a Clever Dripper since it allowed him a longer infusion time and accuracy in the extraction.

Rob Kerkhoff of Keen Coffee gave a presentation themed around “progress”, and it’s this attitude that we’re sure will propel him to even greater heights in the future. He competed with a Costa Rican Caturra-Red Catuai blend called El Diamante, which was processed with anaerobic fermentation. It’s the same coffee that he used last year, but Rob emphasised the progress made by the producer, giving it more sweetness, acidity, and balance.

He also spoke about his own progress. He’s spent the last year consciously working on improving his sensory awareness to describe the notes of his coffee better. He’s also made the move to competing with a Phoenix 70 coffee brewer.

Dima (Dmitrii) Borodai of Double B Coffee & Tea is a man of many talents: he didn’t just participate in the World Brewers Cup; he also came second in the World Coffee Roasters Championship. His focus was on what he called an “easy” brewing method, so that he it’s repeatable, but don’t mistake that for a lack of knowledge or precision.

He used a Geisha from the five-hectare La Mula in Panama processed in a hybrid of natural and washed methods. As you might expect, he was able to explain his roast profile in great detail: a long development time and a low temperature. As for the brewing, he used soft water with a long extraction.

Jeremy Challender of Prufrock Coffee competed with a natural processed Zorro Geisha from Finca Santa Teresa, Panama. Despite being beset by technical difficulties, from his grinder not working to the wrong music being played, his presentation was confident and charismatic. He spoke passionately about the terroir of his coffee, his grind profile, and the water.

But one of the most interesting parts of his presentation was his experimental brew method combining a Thermos flask and plastic V60s. The aim? To increase the aromatics and temperature stability.

VIDEO: How Important Is Crema?
Why YOU Should Compete in the World Latte Art Battle 2016
VIDEO: Introucing PERK, Automatic Brewer Endorsed by Scott Rao
Organic Gardening: 1 VIDEO on Using Coffee Grounds as Fertiliser