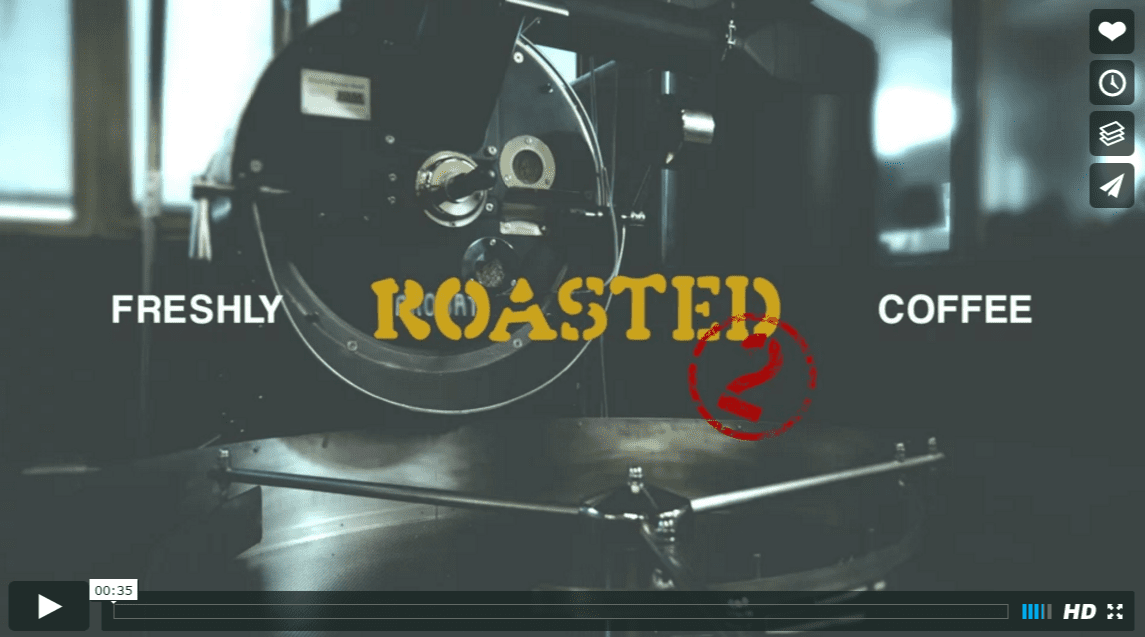 Specialty coffee needs more documentaries. They’re a tool for education and transparency – and if that doesn’t sound third wave to you, what does? They can speak to passionate coffee lovers and casual Starbucks consumers alike, helping everyone on their journey towards great coffee. And, since it’s coffee, they’re often visually stunning.

We’ve been creating coffee documentaries for a few years now, and this month we’re releasing our latest film: ROASTED 2. Filmed at the Probat factory, it takes a behind-the-scenes look at what happens to coffee during roasting.

And today, I’m here to tell you why we think specialty coffee needs ROASTED 2 and what it was like filming it. 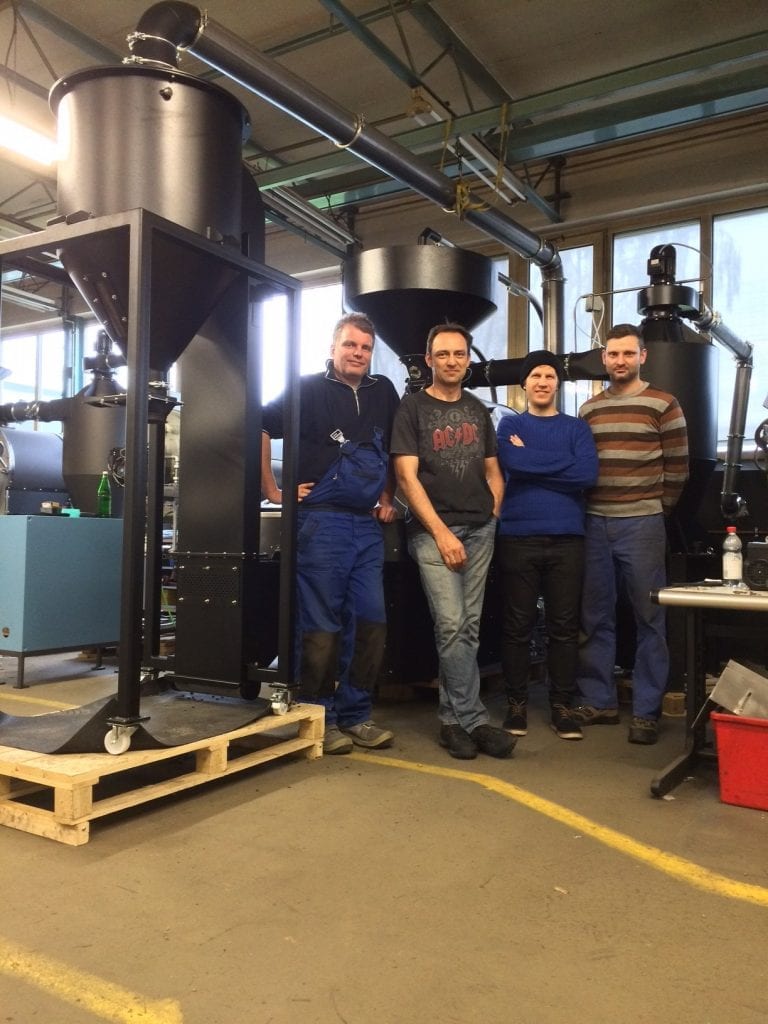 The team behind ROASTED 2.

Why Did We Film ROASTED 2?

As you may have guessed by the name, ROASTED 2 isn’t our first documentary about roasting coffee. Back in 2014, we released ROASTED, my third short feature, in collaboration with Attila Zérczi.

So why do I think the specialty coffee industry need not just one, but two, documentaries about roasting coffee?

Well, as a roaster, I had always been curious to see just what happens to coffee beans inside a roasting machine. And as a filmmaker, I also wanted to show others. Over a period of about six months, the concept being ROASTED slowly crystallized and the equipment was obtained piece-by-piece. All the while, we desperately hoped that nobody would make a similar film before we released ours. 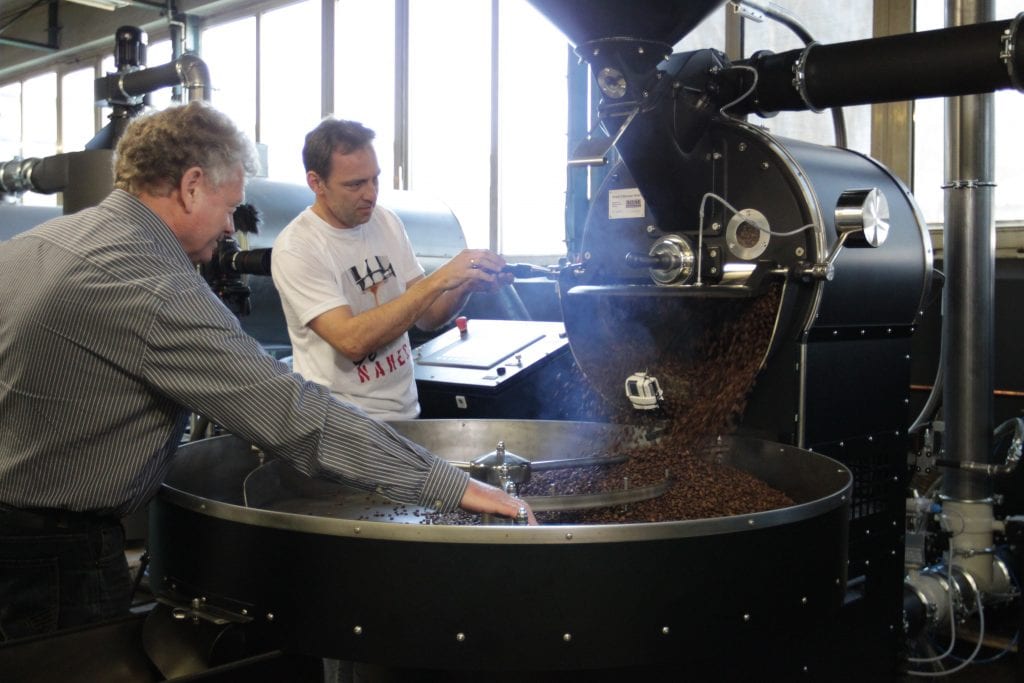 Then in November 2014, we premiered ROASTED. To my surprise and happiness, the response was much better than we could ever have hoped for (it even allowed us to film SOURCED, a documentary about the harvest in Costa Rica, just three months later).

We had succeeded in showing roasting in a way that had never been done for – and we’d proven that there was a demand for it.

Yet we weren’t satisfied. One video, no matter how unique it was, could never capture all there is to see about roasting. ROASTED looked at the process of roasting one batch in one machine; we wanted to try new ideas with better equipment and a larger roaster (mine is a 5 kg). 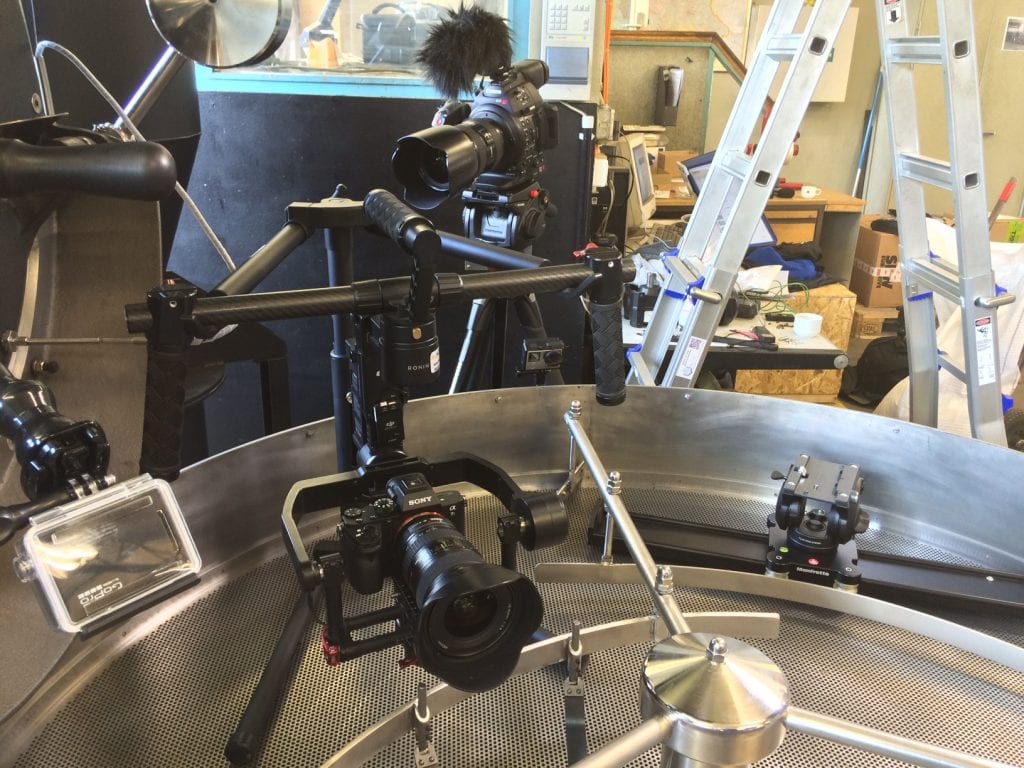 Filming in the Probat Factory

Luckily for us, the people at Probat also thought that this was a good idea. This distinguished manufacturer invited us to visit their subsidiary, Kirsch und Mausser, which specializes in making state-of-the-art machines with the classic Probat design. Needless to say, we were thrilled.

When we arrived, UG22, our protagonist, wasn’t completely assembled – but this wasn’t a setback. Instead, it provided us with an excellent opportunity to check out where we could place our cameras, make an interesting behind-the-scene’s video, and get some footage on the last stages of the assembly. 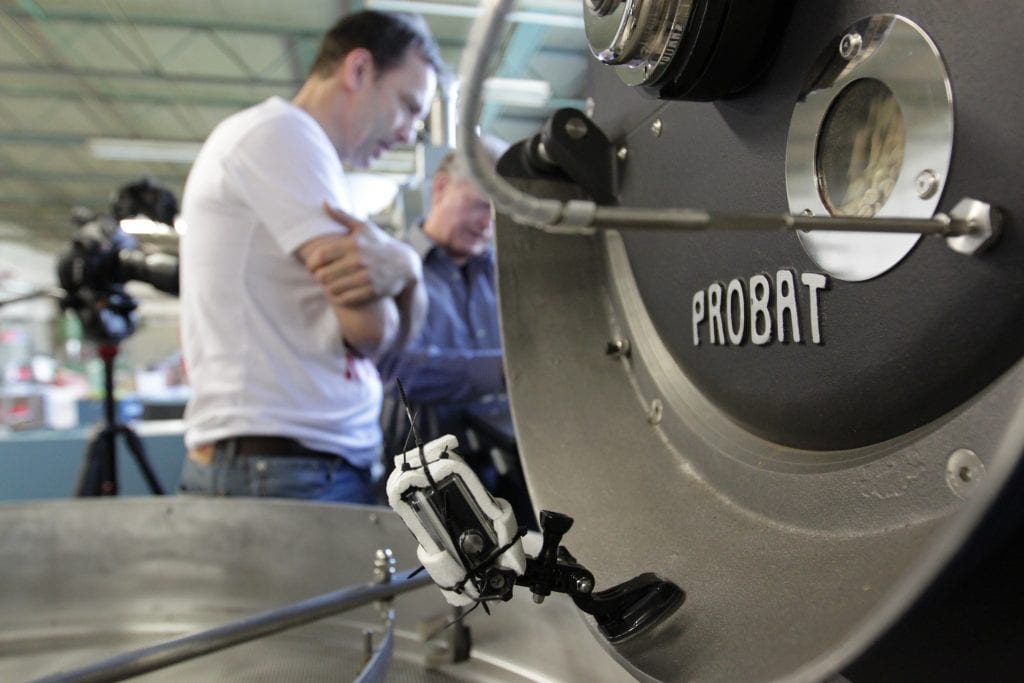 14-15 minutes to go till the beans get fully developed and the Actions Camera will be hit by 30 kg of freshly roasted coffee (at about 430F).

We had originally planned to film for two days, but it turned out that this wasn’t enough and so we also spent part of Saturday in the factory. Despite the nuisance that I’m sure we were, everybody at Probat was very supportive. They saw that we were passionate about coffee roasting and some of the footage amazed even those technicians who had worked in the factory for decades. We were excited about the impact our film would have.

Oh, and no matter how tight the schedule was, we couldn’t miss a visit to the spectacular Probat museum and its rich collection of vintage roasting machines. It’s a must for anyone who loves coffee. 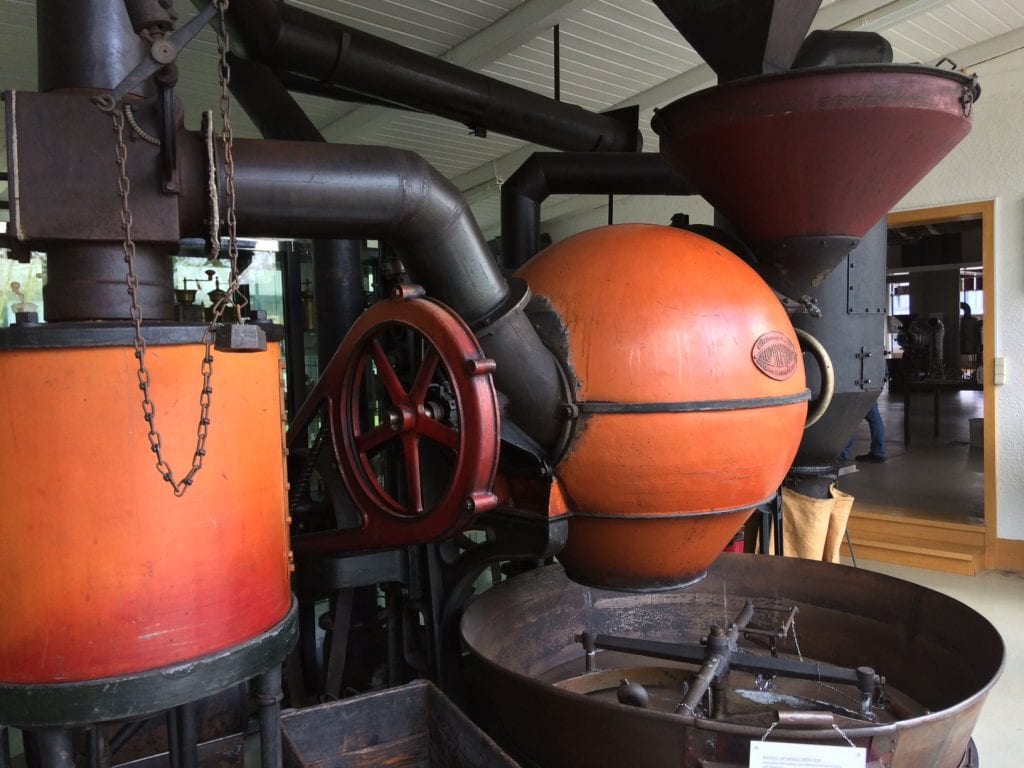 Shooting a movie at one of Probat’s factories, with its 150-year history of making great roasters, was as a dream come true. We were roasting coffee with one of the company’s best machines and watched by seasoned engineers and technicians.

I wasn’t going to let this opportunity go to waste, so I asked as many questions as I could and learned many new things about our trade. In addition to the great response to our footage, I believe that the chance to learn has been the most positive aspect of the entire experience.

We know that ROASTED was successful because it allowed people to see something that had not been seen before. We hope that our new film will do exactly the same, meeting and surpassing the expectations of aficionados and the wider public alike.

G. Laczkó is a contributor based in Hungary

A Roaster’s Guide to Ugandan Specialty Coffee
How do you know when you need to upgrade your coffee roasting space?
Brazil International Coffee Week (SIC) Highlights Diversity of Brazil's Coffees
An Unstable Market: Economics of Global Coffee Price