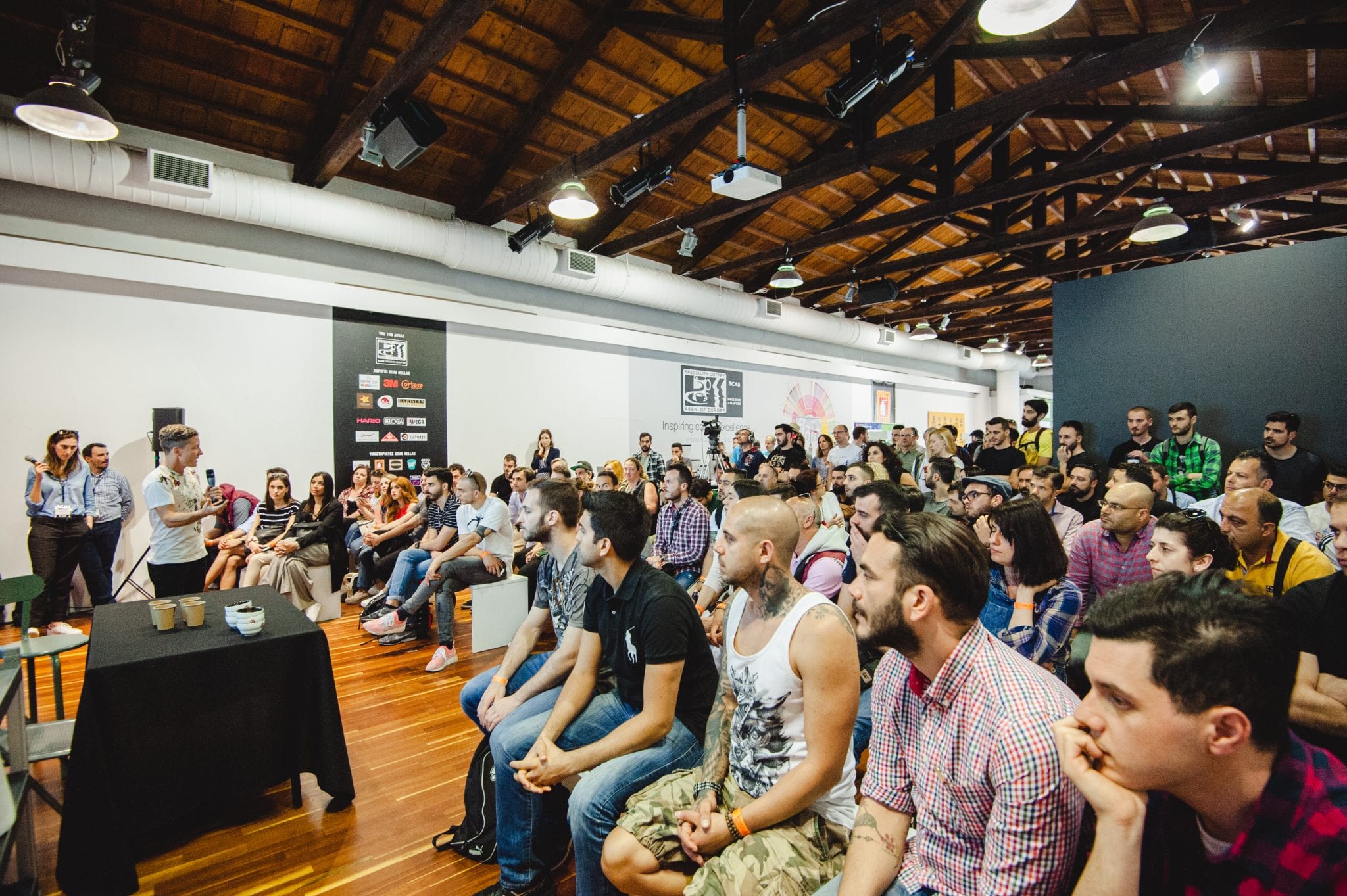 This February, Konstantinos Komninakis – or Kostas, as he told us to call him – won the 9th World Cezve/Ibrik Championship. Four days of competitions in Dubai, many months of training, and it all led to this Greek winning the world’s highest accolade for Arabic coffee.

We sat down with this coffee superstar at Athens Coffee Festival 2016 to discover what competing was like, why he loves ibrik coffee, and what his winning secret was.

SEE ALSO: How to Make the Perfect Cup of Turkish Coffee

But before we discussed his opinions on ibrik, he first wanted to champion the success of what was Greece’s first ever coffee festival.

For Kostas, the three day outdoor/indoor festival offered the Greek coffee community the chance to “try and taste new and exciting coffees” and “take their caffeinated interest to the next level”. We’ll drink a cup of coffee to that!

Whether attending 2016 World Coffee Roaster Champion Alexandru Niculae’s presentation or sipping on Graciano Cruz’s coffee blossom Geisha tea, he believed there was something for everyone. 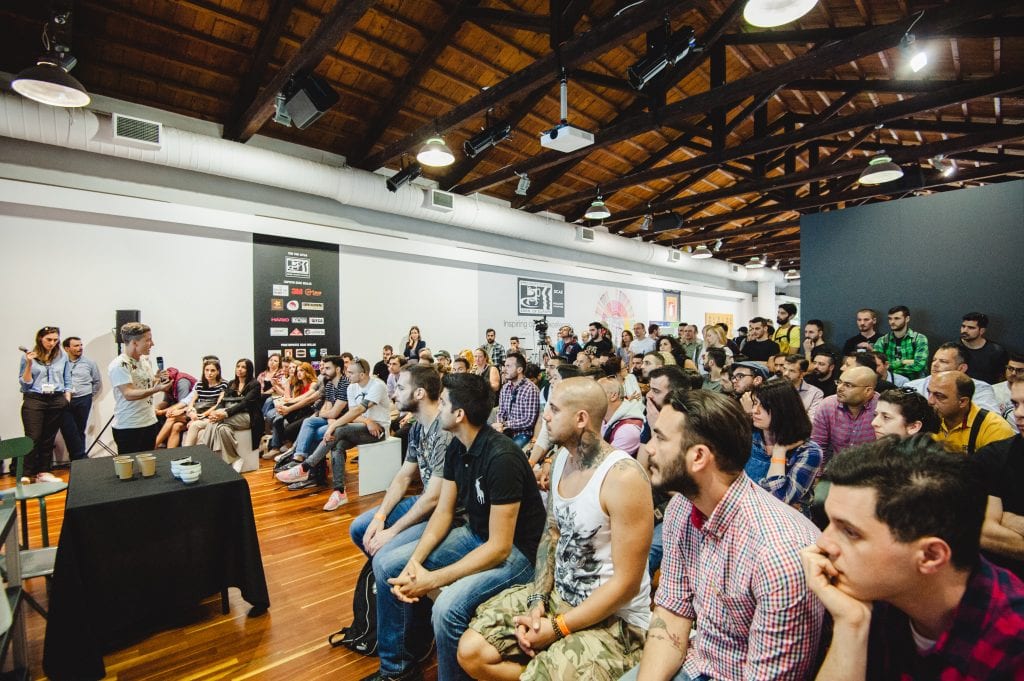 Joseph Brodsky discusses the ‘Fourth Wave’ in front of a packed crowd.

We’re inclined to agree with Kostas. Two things struck us at the Athens Coffee Festival: firstly,  the Greek’s investment in specialty coffee – we had never seen more single origin Ethiopians in a single space! And secondly, the emphasis Greek baristi placed on service. Each coffee or freddo espresso, a frothy double espresso poured over ice, was lovingly served exactly as the customer liked it. 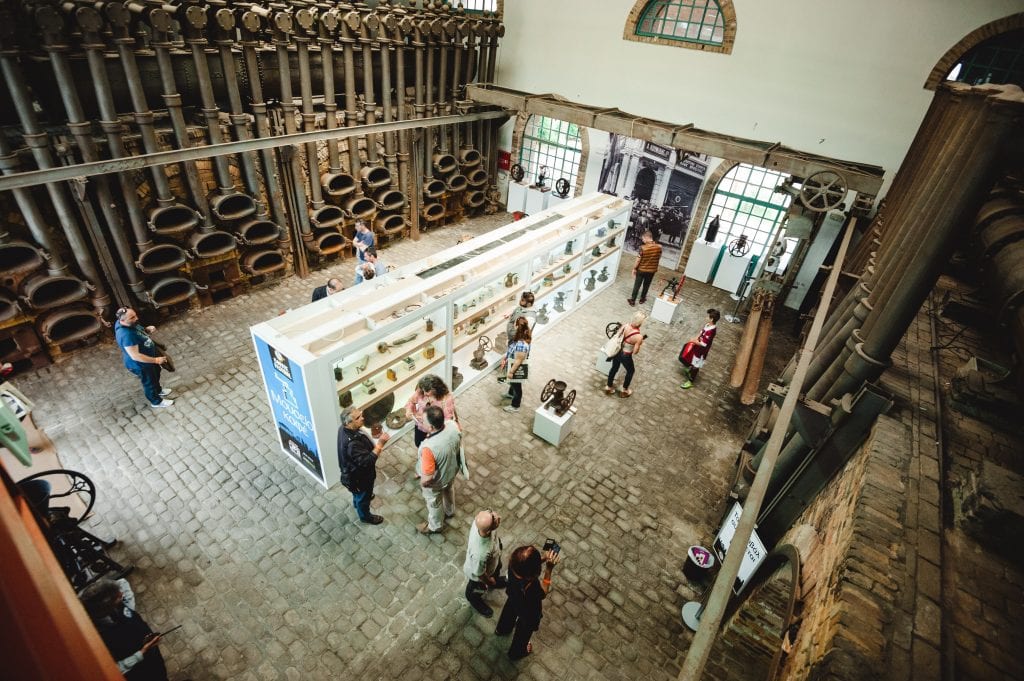 The Coffee Museum in the Athens Industrial Gasworks, which ceased operation in 1984.

But now, on to the information we were dying to know: what was it like to be the World Cezve/Ibrik Champion?

Hello Kostas! First of all, we want to congratulate you on winning first place in the World Cezve/Ibrik Championship! Tell us, how was it? How does it feel to represent your country like this?

Hello and thank you very much! I am really excited about all the things that have been happening in the last few months. First there was the National Championship and then the World Championship – it all went so fast and was so overwhelming!

I met so many people who make great coffees and things weren’t easy, but now I am proud to say that Greece is leading the way this year in ibrik coffee.

How has winning affected your career so far?

After winning the World Championship, many things happened. Now, my name is in the most famous magazines, blogs, and sites within the coffee industry, I’ve received invitations to events from other countries… I’m so happy to have such great opportunities.

After months of hard work, Konstantinos Komninakis can enjoy a moment of calm.

Going back to the championship, no doubt training took a long time and a lot of hard work. How did you prepare?

Though I was competing for the first time, my experience with coffee helped me a lot. I’d already worked as a barista for 11 years; coffee became my passion long ago and this meant I know people just as passionate about this drink as I am.

This is how I met Sapid Coffee Roasting Co and became a member of this great coffee team. The coffee shop I am working in now, Just Made 33, uses specialty coffee from Sapid. These guys know their job and I’m very thankful for all they’ve done for me these past few months. George Bournelis and Antonis Kargiotis trained me, shared their knowledge with me and, of course, roasted amazing coffees for me.

So it was a lot of work, not only from me but also from my friends. Preparing the presentation, finding the right roast profile and recipes – this was a daily task for us. The hardest thing, for me, was to make sure that I could do my routine in time (the performance time is 15 minutes for each competitor) – but, finally, we achieved the goal. 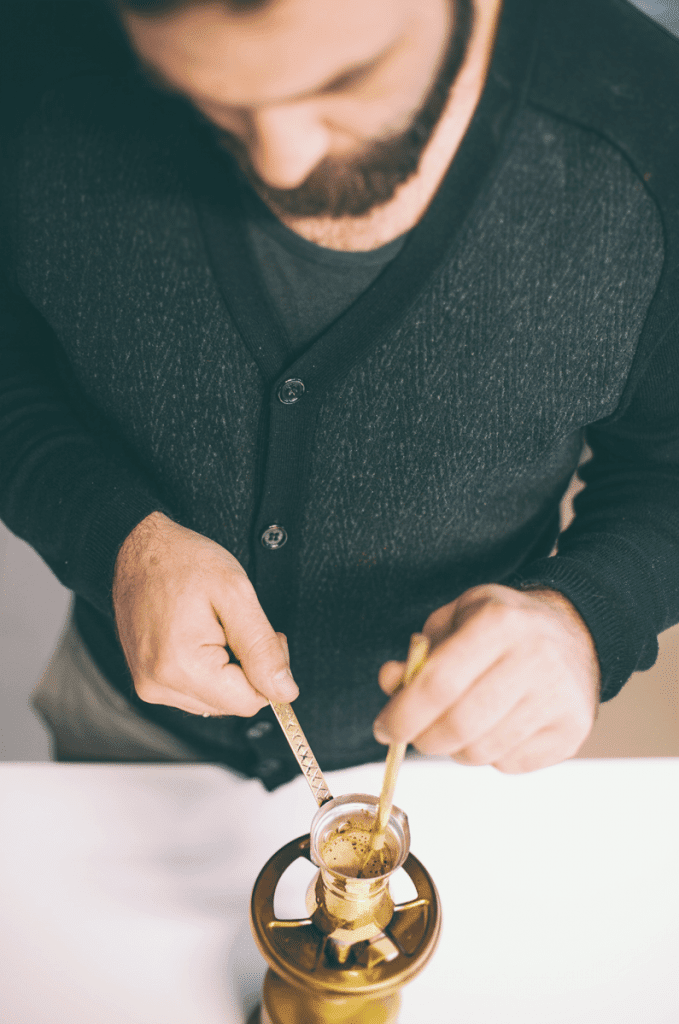 As it was your first time, why did you choose to compete in the ibrik championship instead of the other ones?

I remember, from my childhood, the magic aroma of coffee when guests were coming to our home. My mother would make coffee in an ibrik for them, and I grew up with that tradition.

Being a barista, it would be logical to represent my country in things I do every day at my job – to take part in the Barista or Latte Art Championship. But being Greek, I am proud to have something special that differentiates my culture from others.

Stavros Lamprinidis, the 2014 World Champion, was an inspiration as well. He brought this competition to a higher level, and was one of those who gave a new life to this old method of brewing. 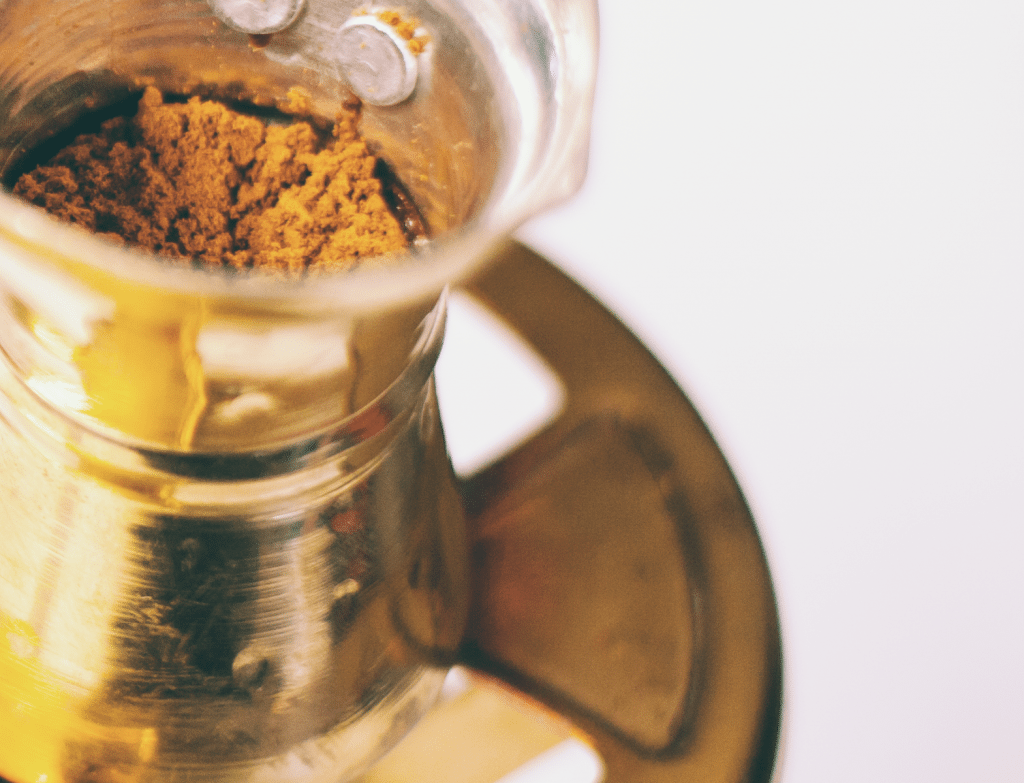 What’s so special about coffee made in an ibrik? What sets it apart from other brewing methods?

This is the oldest boil-and-brew method of making coffee. And excepting water quality, roast, and grind size, the brew depends on the type of ibrik and heater used. After all, and this does need to be mentioned, there are two stages of brewing when you use an ibrik: first, the coffee is boiled in the ibrik, and after that, it’s brewed inside the cup .

What coffees did you use?

I feel so glad that I had the opportunity to work with such great coffees! Sapid Coffee work in direct trade with one of the greatest farmers, Mr. Graciano Cruz. He took a Geisha variety from his farm, Los Lajones, in Panama and an SL-28 variety from Kenya and planted them at Las Camelias Estate in El Salvador. After 5 years, he got the first crop and processed just 10 kilos from each variety, especially for Sapid and my performance in the World Championship. Just amazing!!!

Okay, last question! For you, what is the secret behind world-winning cezve/ibrik-prepared coffee?

I think you expect me to tell now something like “the right combination of great coffee and water quality for the decent method of brewing”. Of course that is very important, but for me, behind all that are people. My friends and mentors, who shared their knowledge and experience with me, and my family who was so patient, giving me support and love all the time I was training. So this is it – coffee needs knowledge and love!

A. Lyagina is a contributor based in Spain.

How To Better Control Your Espresso's Brew Ratio
Coffee Farming and Beekeeping in Latin America: A Path to Food Security
Should The World Barista Championship Use a Compulsory Coffee?
The Perfect Daily Grind Holiday Gift Guide 2018: Part 1