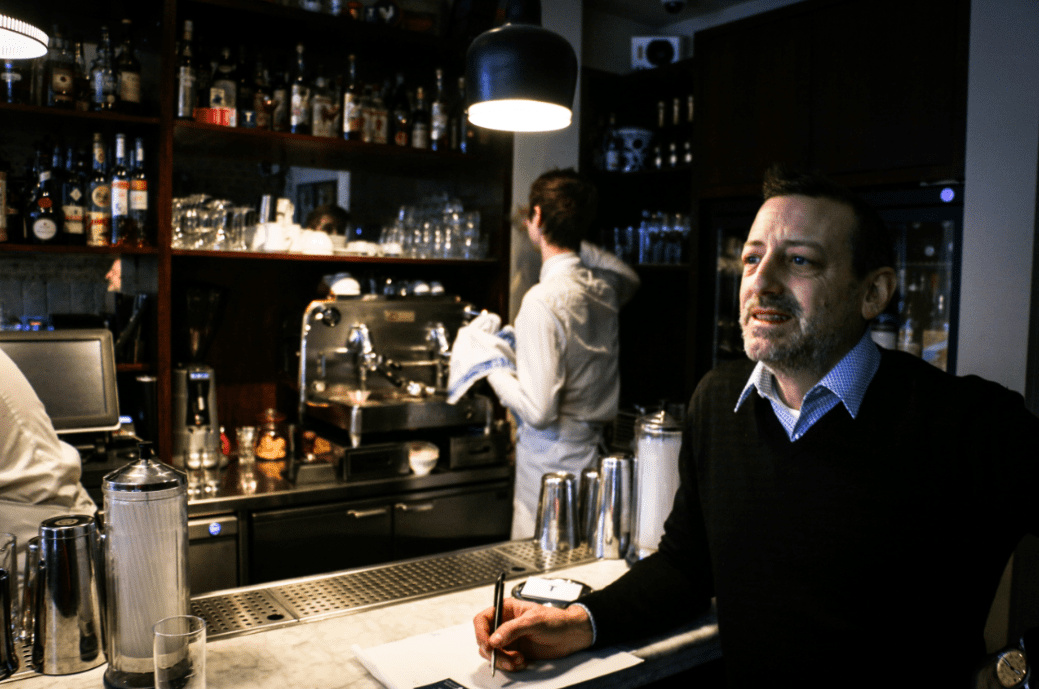 Espressos are the base of every non-filter coffee. It’s the purest form of the drink and is key to understanding Italian coffee culture. In addition to giving us the espresso, Italy also paved the way for coffee’s second and third wave.

Despite this, Italian coffee differs from the rest of the world. Even specialty and big chain cafés have failed to gain a foothold. To understand why, we must examine the espresso’s invention – and how it shaped Italian culture and identity.

The espresso machine: a coffee groundbreaker

Around 1901, the Europe’s Industrial Revolution led to the first espresso’s invention.

It was originally conceived as something that could be quickly prepared. Translated literally, “espresso” means express. Milanese inventor Luigi Bezzara was first to register a patent for a machine with groupheads and portafilters This was the first time customers had coffee expressly prepared for them.

By 1905, Desidero Pavoni purchased this parent and produced the first commercial espresso machine: the Ideale. 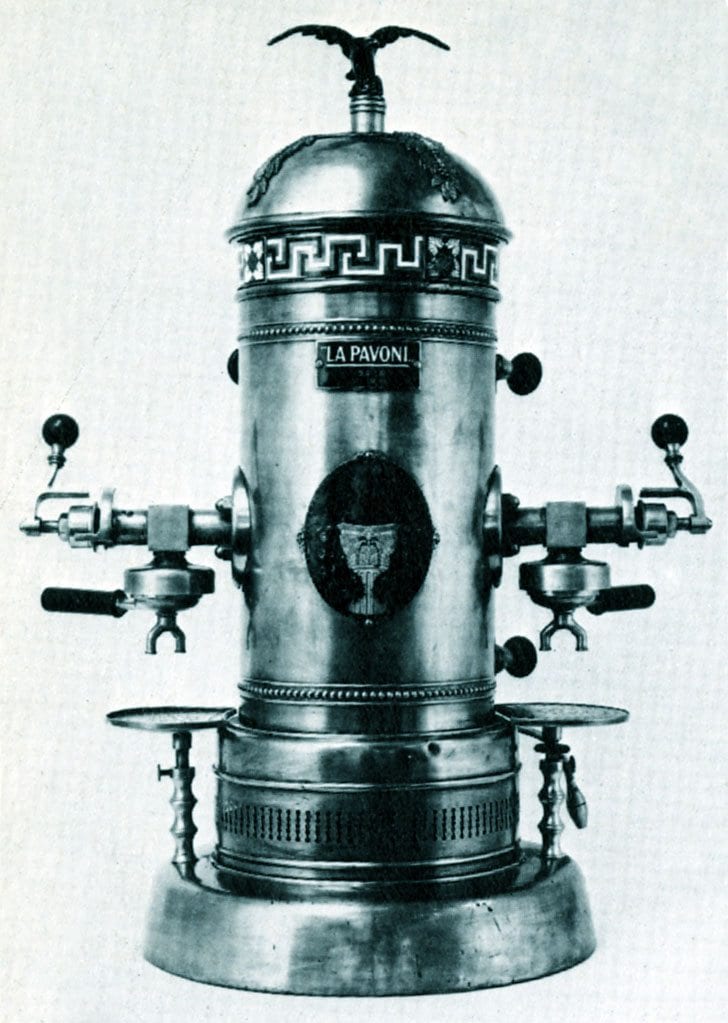 The Ideale bears little relation to modern machines. Its groupheads reached temps of up to 140°C, at a lower bar of pressure than today’s 9-bar machines. It extracted shots in 45 seconds, creating a drink resembling filter coffee more closely than an espresso. 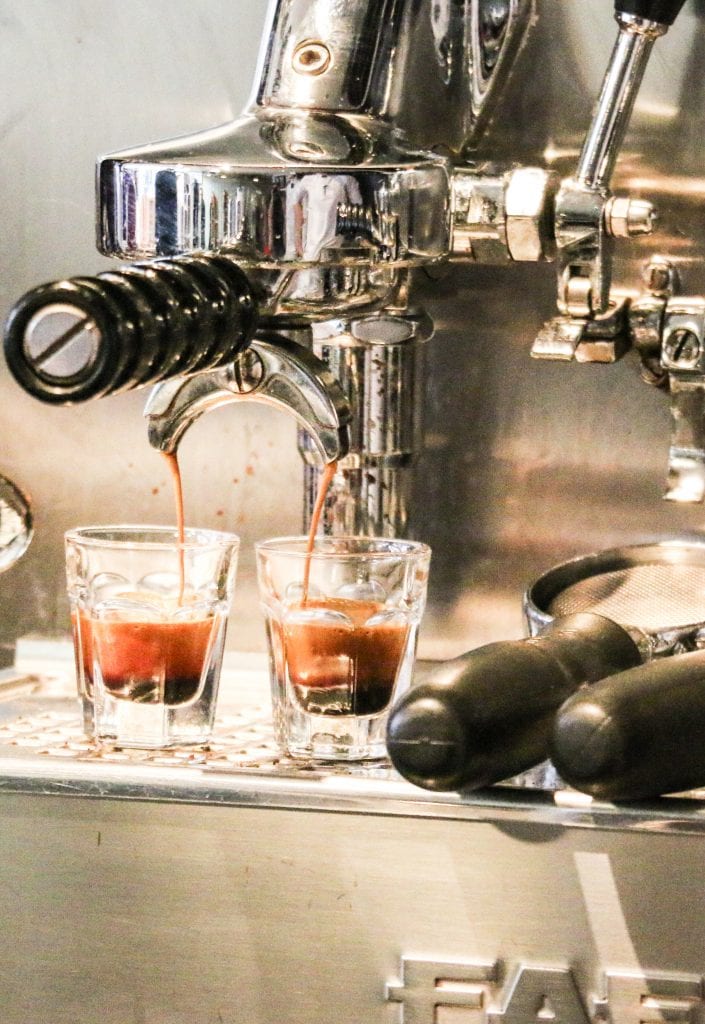 As Italy produced more machines, the term “espresso” entered the Italian lexicon. In one Italian dictionary, it’s defined as drink “made using a pressurised machine or a filter, now commonplace.”

Nineteenth-century coffee houses were tranquil places but by 1935, they started attracting workers. As the brew’s strength grew, more workers frequented them in search of a caffeine hit.

In 1938, the word “barista” emerged. Before that time, the term “barman” was used. However, Mussolini’s success and Fascism drove a campaign to “Italianise” words. The word barista replaced barman, further entwining the espresso with Italian identity. 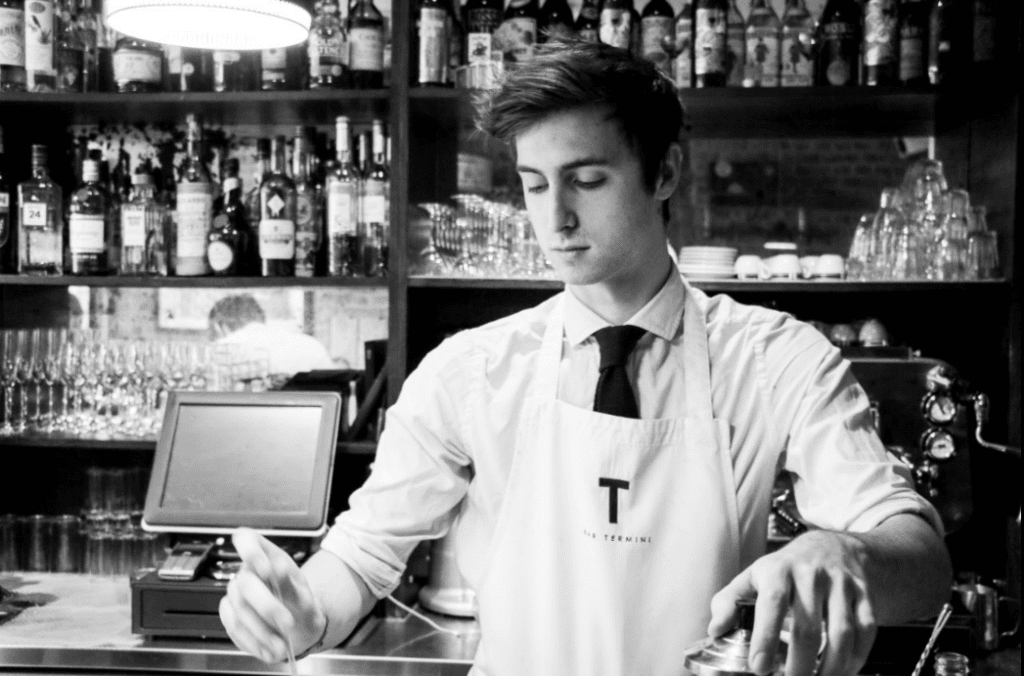 In the ‘30s and ‘40s, scarcity and import issues decreased Italian coffee consumption. Despite this, big names like Francisco Illy and Achille Gaggia adopted and improved the Ideale.

In 1947, Gaggia invented the hand-pumped machine. It exerted more pressure over the puck, extracting more oils and colloids and producing Crema, an essential part of the modern espresso.

By 1948, Faema head Ernesto Valente bought Gaggia’s invention. However, Gaggia and Valente disagreed on who to market it to. Gaggia saw it as a luxury meant for fancy establishments. Valente decided to produce cheaper machines. In 1961, he released the world-renowned Faema E61.

The Faema E61 is the father of modern espresso. It was the first semi-automatic machine that let users manage its extraction parameters and had a horizontal instead of a vertical boiler. This converted the cafe into a social space where customer and barista could chat. It led to an explosive growth in espresso bars and cafés. 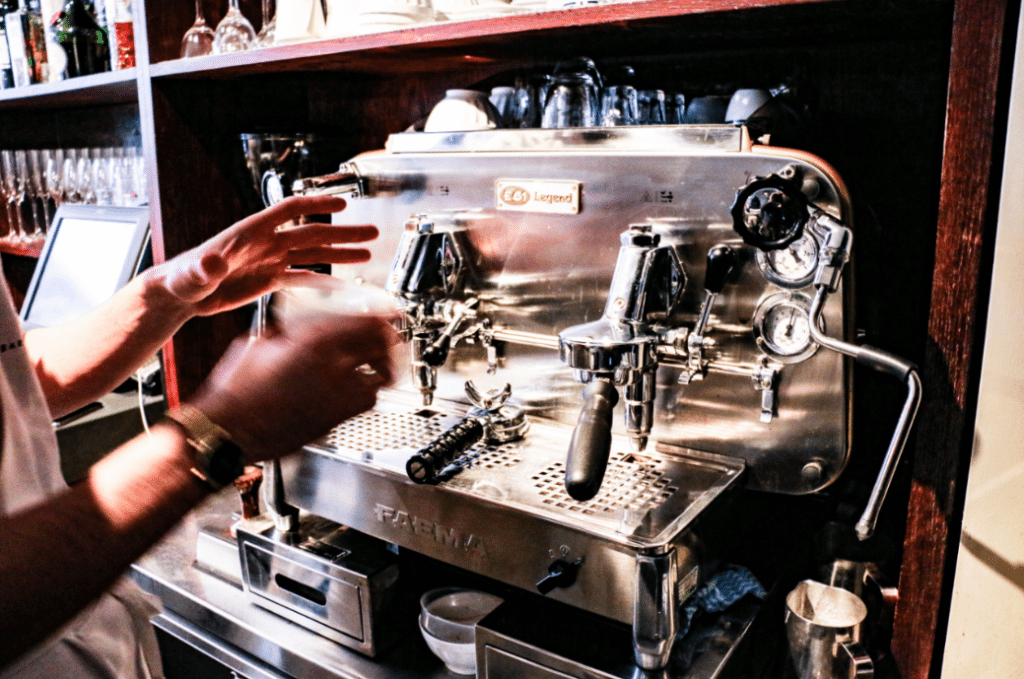 1940’s Italian coffee culture exists to this day, despite globalisation.

For years, unwashed Brazilian naturals dominated the roasting scene. By 1990, Robusta made up 44% of imports. High-quality service and rapport with proprietors have always been important and helps businesses improe their reputation. Today, just four roasters own 75% of the total market share.

For many Italians, the espresso conjures up memories sipping lattes on the neighbourhood piazza. Others are used to visiting a bar for an intense shot before work. This sense of place is an important part of the Italian espresso. 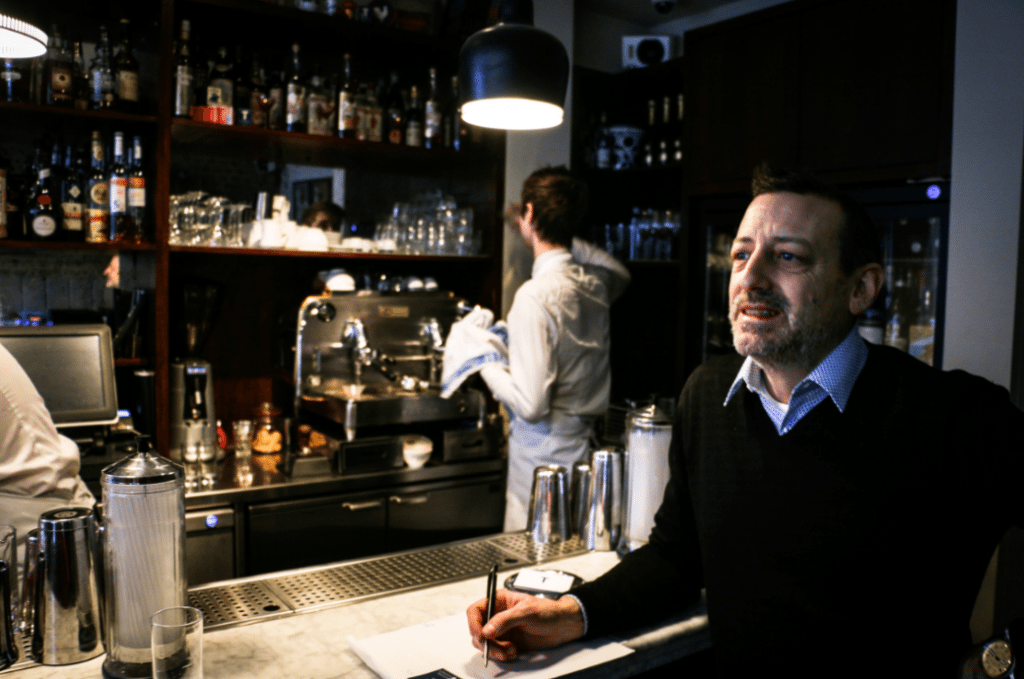 Marco Arrigo, Head of Quality at Illy and proprietor of Bar Termini in Soho.

That doesn’t mean that all espresso-based coffees are Italian. An American cappuccino often contains double the milk compared to its Italian equivalent.

Italy is aware of this distortion of what is seen as a national drink. They’ve made many attempts to reclaim it. The Italian government once appealed to the World Trade Organisation to restrict the phrase “Italian espresso”. Italian roasting companies have also tried to restrict the term in US courts. The Italian Parliament also sends inspectors around the world to “certify” whether certain coffees meet Italian quality standards.

These attempts to control the concept have failed. While Italy invented the first modern machine, they don’t have enough cultural hegemony over coffee. The beverage exists around the world in different formats. Espresso may be a crucial part of Italian culture, but Italian heritage isn’t a crucial part of the espresso.

These attempts show how proud Italians are of their coffee. Few bands have penetrated the market due to Italy’s historical coffee culture. It’s a culture that values sociability, service, and affordability above all.

Thanks to Jonathan Morris and MULMAR for their assistance with this article.

What Is A Chai Latte?
Five Things No One Tells You About Opening a Third Wave Coffee Shop
Why We’re Launching PDG Español
Trump's Immigration Ban: How Is The Coffee Industry Responding?