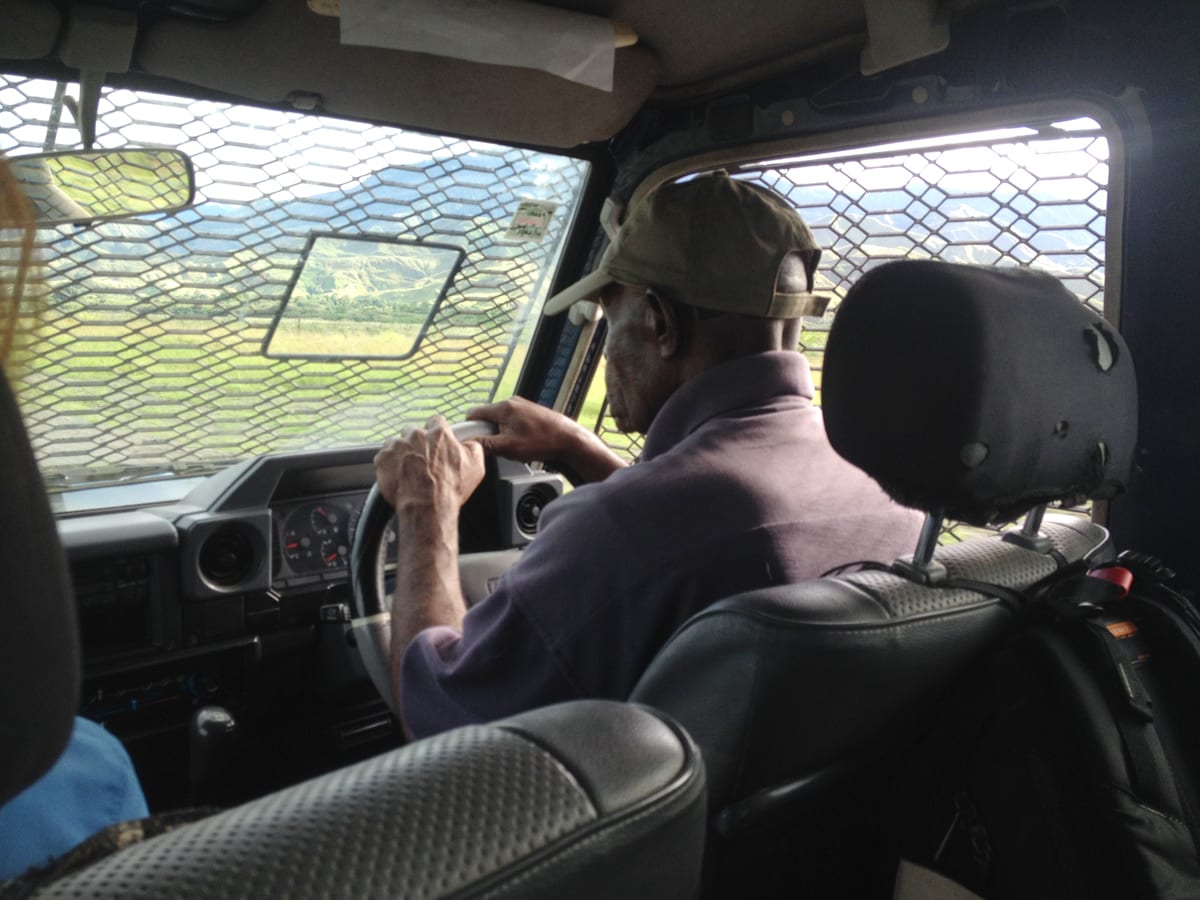 You probably don’t know this, but Papua New Guinea’s coffee is sublime. It’s smooth, versatile, close to coffee-capital Australia – and yet is hardly visible  in the specialty world.

One reason why? The roads.

“If you asked a farmer in Papua New Guinea to wish for one miracle, it’d be that they wake up in the morning and find that all roads have been fixed”.

– Daniel Kinne, representative from the HOAC in Papua New Guinea

In late 2014, I went on a trip to the Eastern Provinces of Papua New Guinea, and saw firsthand the problems they cause for the country’s farmers. I spoke to numerous local producers, and (with difficulty) drove from farm to farm. And as a result, I realised why this lack of infrastructure is possibly the issue problem for coffee producers there today.

SEE ALSO: Communication from Origin: Is This What’s Missing in Specialty Coffee? 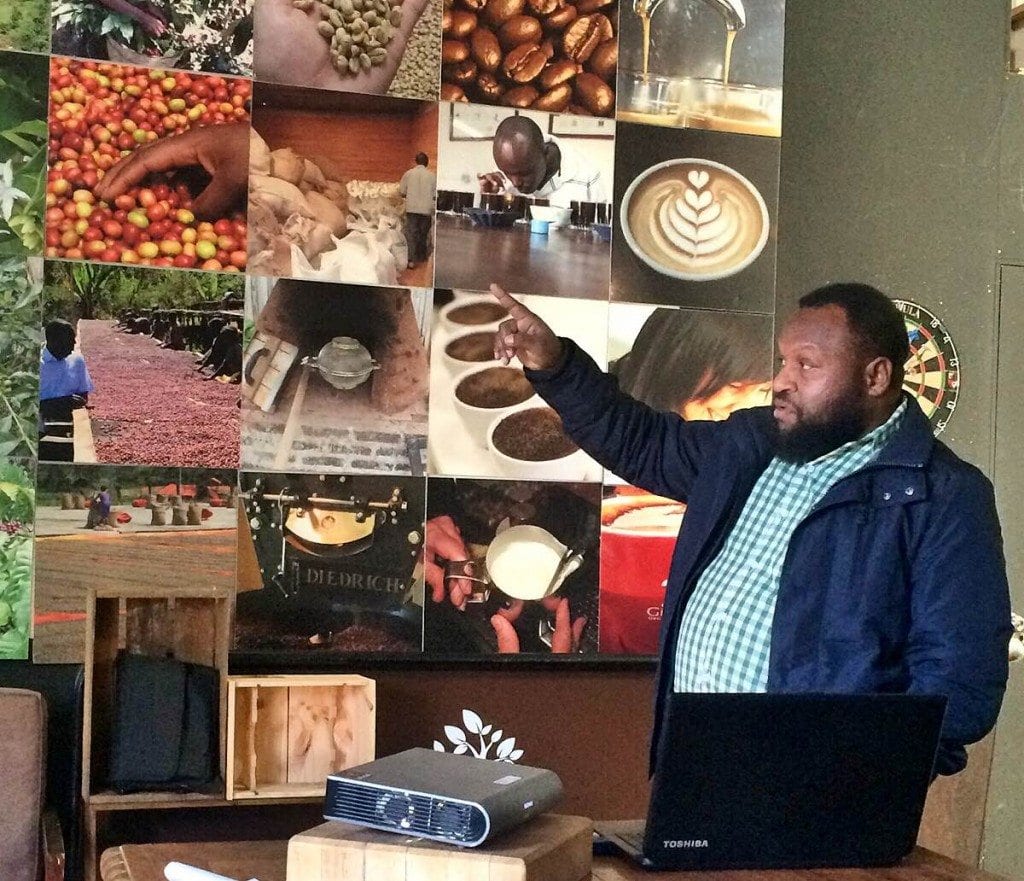 If you could design the perfect country for growing coffee, it would look something like Papua New Guinea. With its vast mountain ranges, tropical climate, and fertile volcanic soils, it has the ideal mix of environmental factors.

And you can tell this when you take a sip of their exceptional coffee. This origin has long been a favourite of our Sydney-based roastery; in fact, it’s been our top-selling single origin for almost a decade now. Because of this, I’ve often wondered why the country’s coffee isn’t more commonly found on the shelves of cafes, especially in our neighbouring Australian market.

Yet Papua New Guinea only accounts for 1% of the world’s coffee production. And right now, small farm holders, where individuals grow coffee in their gardens, make up 85% of the country’s coffee industry.

With their exceptionally good coffee and the increasing global demand for specialty-grade beans, you’d think the Papua New Guinean market would expand.

But while the demand might be there, the infrastructure isn’t. 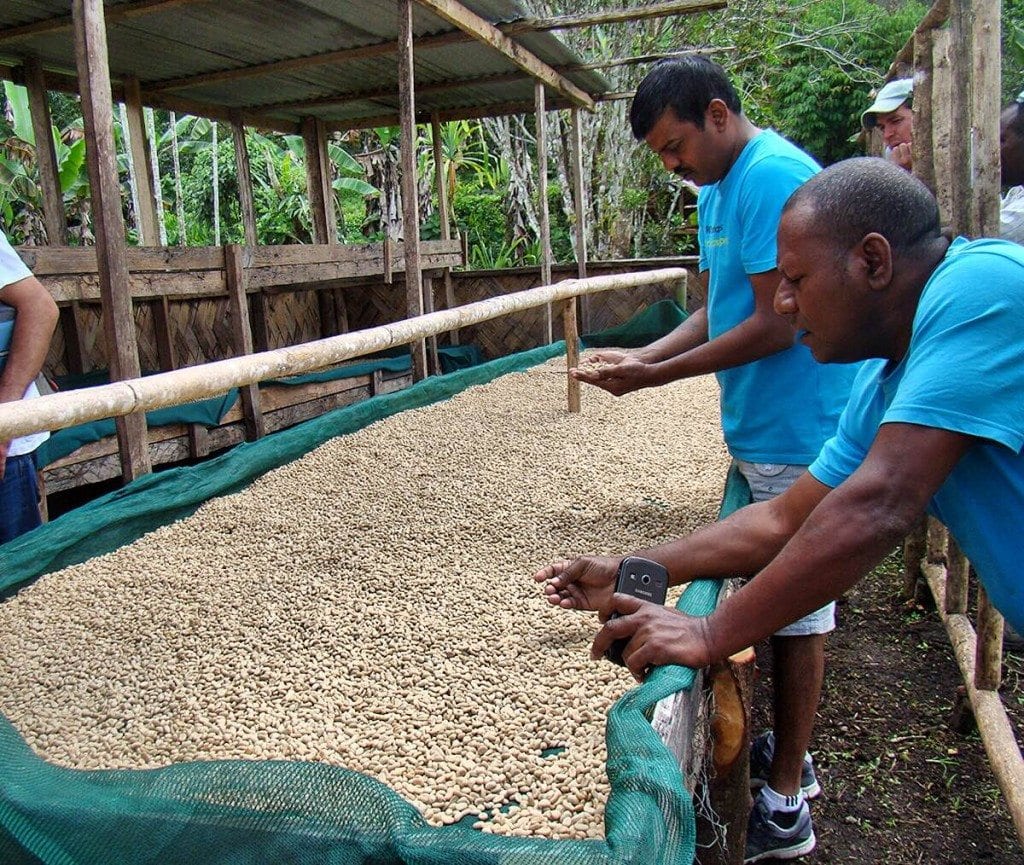 My tour began with a visit to a cooperative called Neknasi, situated high in the mountaintops of the Boana province. I had expected reaching it to be difficult; bad roads in an emerging market isn’t a surprise. And so I didn’t think much about the steep route linking Neknasi to the city. It wasn’t until I spoke to the local farmers that I realised just how much their lives are dictated by this one, solitary road.

Though getting to and around the cooperative on the muddy dirt road was arduous, the locals are used to to these conditions. The problem is what happens to the roads when it rains. Then it becomes an extremely dangerous slope of slippery mud.

Quite often, wet weather will leave the road impassable for several days or even weeks. Neknasi have set up numerous hand pulping stations, reachable by foot, for local farmers, but that does not resolve the issue of bringing coffee to the market. Sometimes, getting the coffee down to the ports is simply impossible. And so, especially during harvest season, the weather often determines whether they are able to meet their deadlines for coffee shipments.

Neknasi was the first community where I heard this story, but it became repeated everywhere. For many of Papua New Guinea’s cooperatives, their income and livelihoods are left vulnerable by poor roads. 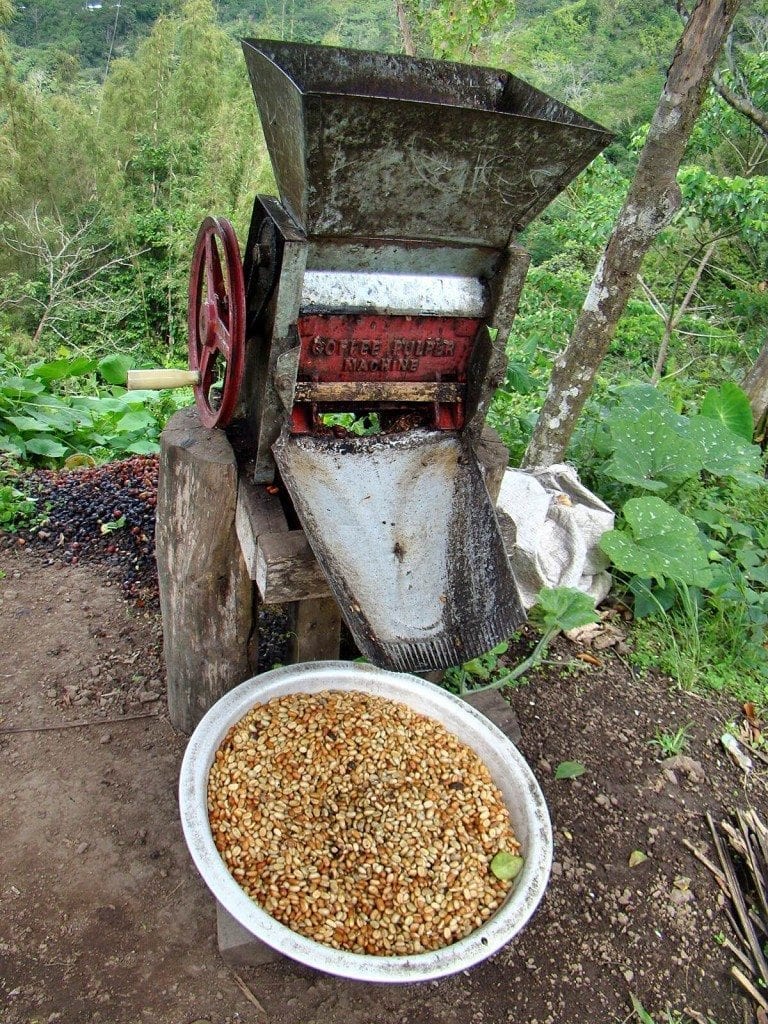 One of the many hand pulping stations plotted around Neknasi, reachable by foot.

What’s more, the weather is so harsh that even surfaced roads don’t last long – especially when there is no one body regularly maintaining the roads. My guide indicated that communities don’t invest in roads as they see this as a role of the government, but the government tends to focus on the bigger industries first – like mining. This means that cooperatives like Neknasi might have to go years and years until they are given sufficient funding to build roads.

That’s not to say that funding is never given, however. Yet often the resources given are just not enough to tackle the issue. The Neknasi cooperative were actually given funding to build a road connecting one of its subgroups to a coffee store house. You can imagine how much of a difference it would have made.

But the vehicles used to create the road were as susceptible to the poor weather conditions as every other vehicle had been. During construction, the bulldozer became trapped in the mud. The community was never able to free it – and so the road remains unbuilt, with the half-buried bulldozer testament to the futility of the task. You can see the stuck bulldozer in the image below. 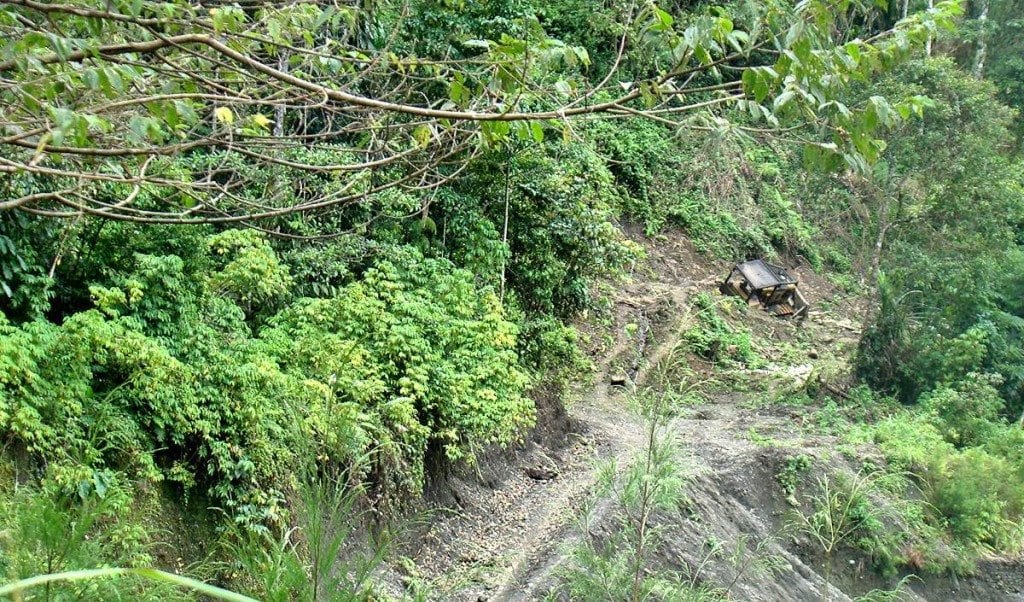 An abandoned bulldozer, caught in the mud and never rescued, demonstrates the difficulties of constructing roads.

The Risks of Traveling Alone

The second cooperative that I visited, HOAC, is situated in the Eastern Highlands. Reaching it was far more difficult than reaching Neknasi had been. In fact, the roads were so bad that it took us half a day just to reach the first community past the surfaced roads. Even with local drivers, we often needed several men with ropes to pull our car uphill through the mud, and one hill took us a full 40 minutes to get up to. Had I been traveling alone, the route would have been impassable.

While certainly not the worst hill we had to drive up, this video shows the difficulties caused by the poor road conditions.

The issue of roads and infrastructure is a delicate and complicated problem, of which the causes I’ve spoken about are certainly a snapshot of a bigger picture.

Multiple organisations are focused on moving the industry in a positive direction. In particular, their Coffee Industry Corporation (CIC) are working towards improving quality, increasing production, and getting access to better equipment in order to promote the country as a more prominent specialty origin on the world stage. The CIC and Certification representatives also play a vital role in passing on the latest industry information and processing techniques to producer communities.

Yet until Papua New Guinea’s roads are improved, you have to suspect that this country’s wonderful coffee will remain a rare treasure.

Alexandra is a contributor based in the USA