What did it take Sasa Sestic to become World Barista Champion? Coffee’s newest documentary, premiering in Australia on 18th May 2016, sets out to document his journey.

From the farm to the cup, to the dizzying heights of world competitions, The Coffee Man explores the extraordinary world of specialty coffee competitions.

Filmmakers Jeff Hann and Roland Fraval of Jeraff Productions didn’t set out to film the World Barista Champion’s journey. They merely wanted to document how far one person would go to source the perfect cup of coffee.

Yet Sasa, a former immigrant from war-torn Bosnia, Olympic competitor for Sydney, and passionate barista, would do anything to win the WBC –  even smuggling “the best milk in the world” through US customs to attain the perfect flavour profile!

(Sasa is adamant that the best milk in the world is Australian, of course…) 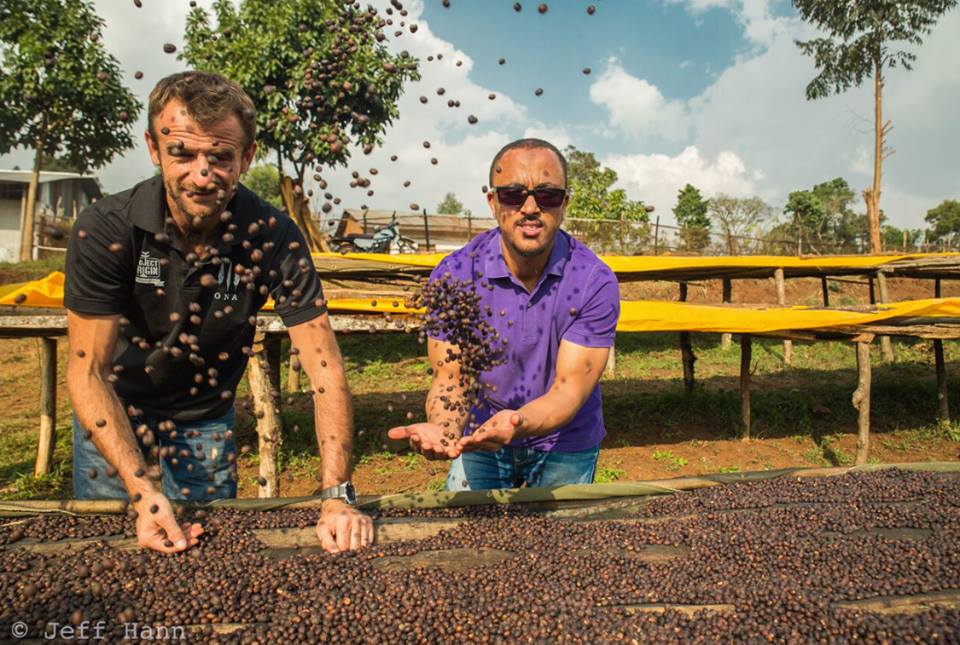 Sasa Sestic and Jeff Hann in Ethiopia – the lighter side of coffee. Credit: Jeff Hann

Yet what made Jeff Hann and Roland Fravel take the risk of documenting someone who, for all they knew, could have come last? As Hann says:

“As documentary filmmakers, cinema magic is often created when you have no idea what the outcome will be. We had the raw ingredients; one man, with a powerful passion to produce the best tasting coffee, ever! (sic)”

And Sasa’s passion is undeniable. The film documents his trek across the globe, from Ethiopia to Colombia to Seattle, in his quest to select the best beans. Sasa would not stop until he was satisfied that he had found the beans that would make the perfect cup.

Yet Hann believes there’s something more to The Coffee Man – more than just one man’s drive to succeed. And that thing is coffee.

“Coffee is one of those drinks that unites us all.  It’s what drives us the moment we get out of bed, it’s what we use as a social lubricant between friends, and it is an essential tool for the most important business decisions.

Why ruin these important occasions with something second rate? It’s for this reason I know the world will fall in love with Sasa’s journey; they’ll even learn a few tips along the way to perfect their own coffee at home!”

Mentored by 2014 World Barista Champion Hidenori Izaki, Sasa’s story is remarkable. And the documentary explores every aspect of it. 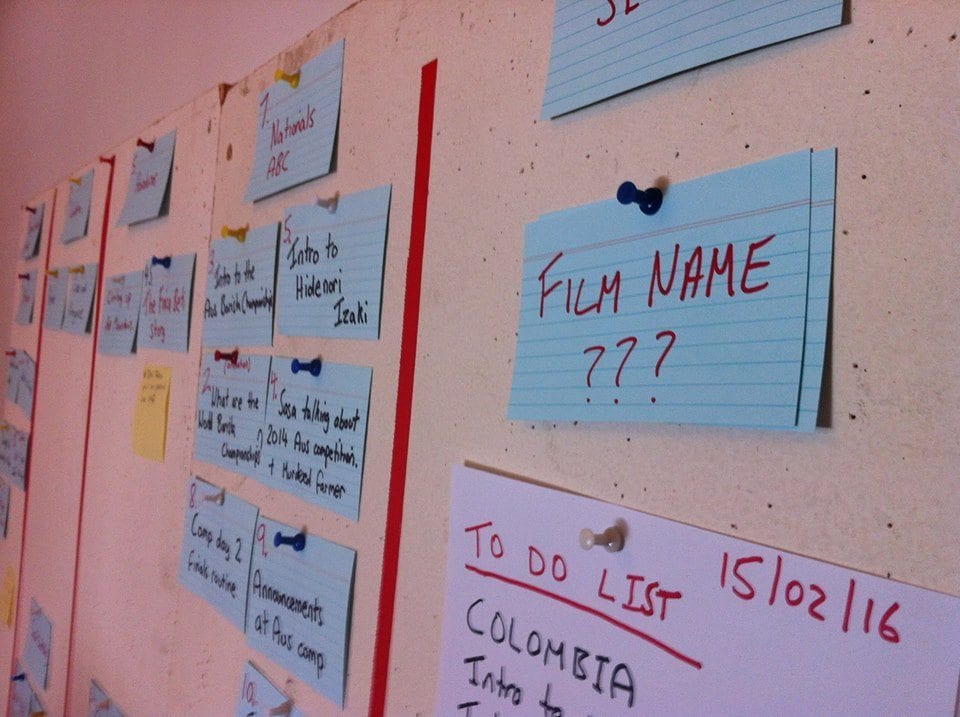 A glimpse into the filming process. Credit: The Coffee Man Film

Where Can You Watch The Coffee Man?

In Australia, The Coffee Man will be released nationally in to cinemas via TUGG, the “cinema on demand” platform. TUGG allows everyday Australians or community organisations to use their local cinema and sell tickets via social media to one-off screenings of independent and niche movies. You could say it’s like being given the remote control for your local cinema.

And this also signals an opportunity for café owners. David Doepel, CEO of TUGG Australia says, “Australia is full of people with coffee running through their veins – whether you own a café, you’re a barista or just a ‘coffee-tragic’, we believe many people will want to host a screening of The Coffee Man.  For business owners, I especially see it as a great way to engage with their loyal customers outside of their café, and that’s an ideal way to cement relationships that are built during the day over a coffee!”

Can’t wait until May? Watch the trailer here: