Perfect Daily Grind > Barista > Coffee Science: Everything You Need to Know About Milk 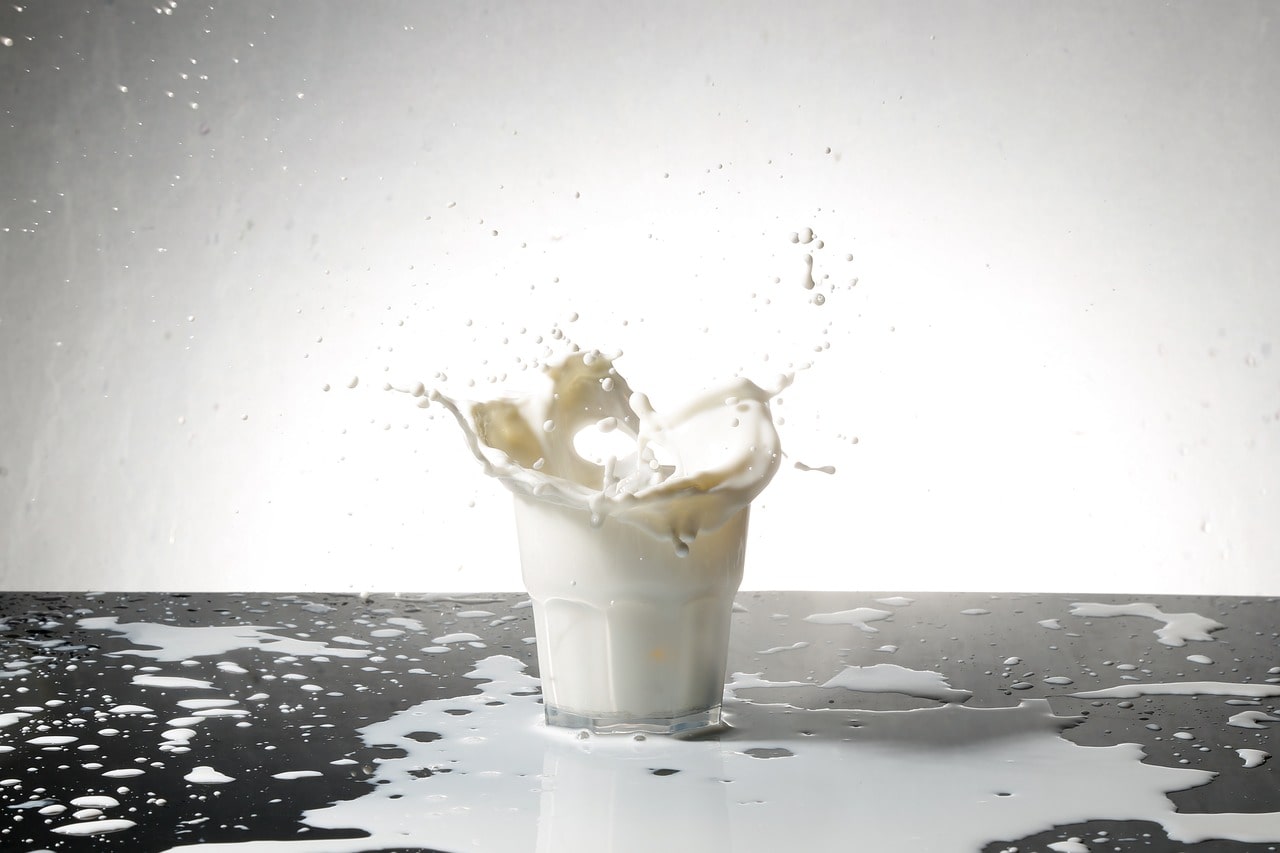 Being a barista is a specialised craft revolving around three main products: coffee, water, and milk. The science behind espresso has already been covered at length, and there’s been a recent surge of information on water chemistry… yet milk hasn’t yet received the analysis it deserves.

So today, we’re going to break down exactly what makes up your milk. This will help you to make decisions about things like the best temperature for different drinks, whether to buy full-fat or skimmed, and more.

Let’s begin with the basics. This is a bit technical; you may even start to feel like you’re back in Chemistry lessons at school. But don’t worry, because we’re going to really break it down for you.

Milk’s chemical structure falls under a couple of classifications. Scientifically, it’s referred to as an “emulsified colloid of liquid butterfat globules, dispersed within a water-based solution”. In English, that’s called “a bunch of teeny-tiny insoluble protein particles, fat, and other fun stuff, evenly distributed in water”. The major components are water; protein; fat and sugar (carbohydrates); and other vitamins, minerals, and salts.

And in the context of coffee-making, it’s essential for a barista to understand how these components interact. Only this will tell you how they impact on your beverage.

Lactose, AKA How Much Should You Heat that Milk?

Lactose is a diassacharide (two sugars) made up of galactose and glucose, and  – believe it or not – it’s far more exciting for coffee-brewers than that sounds. It kind of looks like this: 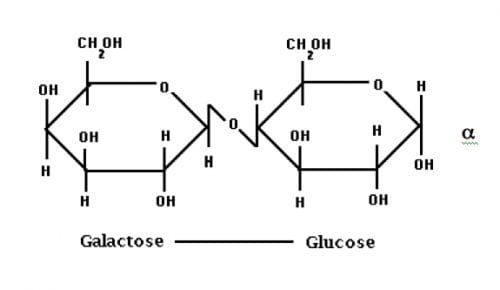 Yet while lactose is classified as a sugar, it’s only 16/100 as sweet as regular sugar (sucrose). It also reacts rather interestingly to the application of heat and hydrolysis (using water to unbind the chemicals). You see, steaming milk adds both heat and water to the mix. This is why a steamed milk tastes sweeter than, say, milk heated on a stovetop or in a microwave.

The optimal temperature for steaming milk is a hot-topic amongst baristas, but the core of this debate is one question: “At what temperature does milk taste the sweetest?”

So why does hot milk taste sweeter? Because the human tongue is naturally more sensitive to sweetness when things are hotter. This explains why a cold soda tastes refreshing and balanced, but a warm one is cloyingly sweet.

Something interesting to note, though, is that it does affect the proteins – which is why “burnt” milk is thinner. “Burning” milk is a no-no because of how it affects the consistency of the milk, not because it has any effect whatsoever on the sweetness of the milk.

Another fun fact: in the culinary world, there are several classic French recipes, bechamel sauce being the best example, that require you to burn the milk. This makes sense because, with the thinner consistency of burnt milk, incorporating it into sauces is easier and it also reduces the chances of lumps forming.

There are several brands of lactose-free milks on the market that extract lactose with an enzyme called lactase, leaving a residue of the (much, much sweeter) glucose and galactose. As a result, lactose-free milk often tastes confusingly sugar-sweet… It might not make for much of a balanced cup, but it is something definitely interesting to try if you get the chance!

Protein, AKA How Good Will My Foam Be?

If fat and lactose were your friends, protein would be that third-wheeler that you never really invited to birthday parties. I think it’s partly because talking about protein isn’t particularly exciting, but also because it’s flavourless and has less of an obvious impact on us.

That said, protein, in the context of steaming and frothing, is probably the most crucial component of milk. Yes, I mean it. 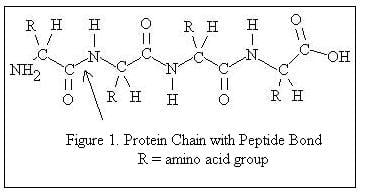 Amino acids: sticks and stones may break my bones but protein chains excite me! Credit: MilkFacts.info

But what’s interesting to know is that milk proteins are partially hydrophobic. Okay, I get it, you’re staring at me pretty blankly. But this basically means that one end of the chain wants to stick to water but the other end of it wants to get the hell away. This is what actually gives milk that opaque, white colour. And, most importantly, this property is responsible for building the foam structure.

Let me explain how this works. Imagine a giant ball-pit, the kind with the multicoloured plastic balls. Now imagine, for a second, that all these balls were joined up with fishing line thread or something, forming a rope of balls, so to speak. These ropes are all tangled up and mixed together, so you can still jump in the pit and swim around in it without any obstruction. 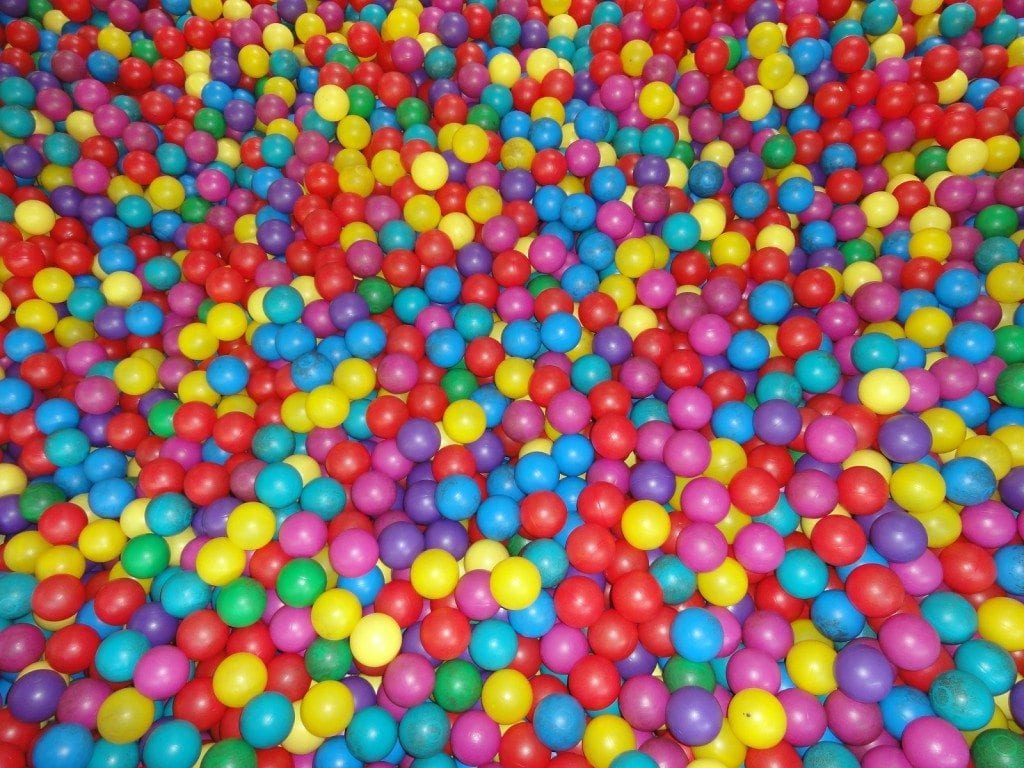 Suddenly, steam (aka heat and water and air) is added into the pit! Argh! Chaos!

The heat is breaking down the chains into smaller chains; some of them are even unravelling. And to make things even weirder, the balls are all repelling the water! They wrap around the air bubbles, since that’s the only thing they can kind of cling on to. Suddenly, some kind of grid-like structure is formed… it kind of looks like foam! 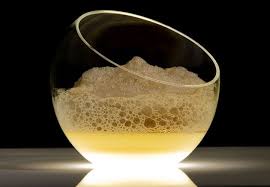 A much looser foam for a better visual understanding. Credit: ModernistCuisine.com

What all of this means is that, if your milk has more protein, it will have a more stable foam structure.

Naturally produced as-is milk usually has a protein content of 3.3%, but in most commercial milks, more protein is added to make the heat-related process of homogenisation easier. So your milk could probably contain anything between 3.6-4.1%.

Fat, AKA Do You Want Flavour & Foam or Mouthfeel?

Fat is both your best and worst friend. On one hand, it tastes frikkin’ fantastic, but on the other hand, fat is detrimental for foam stability and too much of it will mask the flavour of the coffee.

As I mentioned earlier, milk is a type of emulsion, i.e. it’s a combination of fat and liquid. Vinagrettes and hollandaise sauce are common examples of culinary emulsions. There are also temporary emulsions (salad dressing) that split over time and permanent emulsions (mayonnaise) that don’t. Unprocessed milk falls into the former category and processed milk into the latter.

Butterfat, the primary type of fat found in milk, is a pretty hefty globule. More than 95% of the total milk lipid is in the form of a globule ranging in size from 0.1 to 15 µm in diameter. This triglyceride (an ester made up of three fatty acids) is so large and heavy that it weighs down air bubbles, making foam collapse. Butterfat is usually broken up in the homogenising process, to prevent a layer of fat forming on the top of your milk and eventually forming a solid layer when chilled – a common phenomenon in unpasteurized farm-fresh milk. 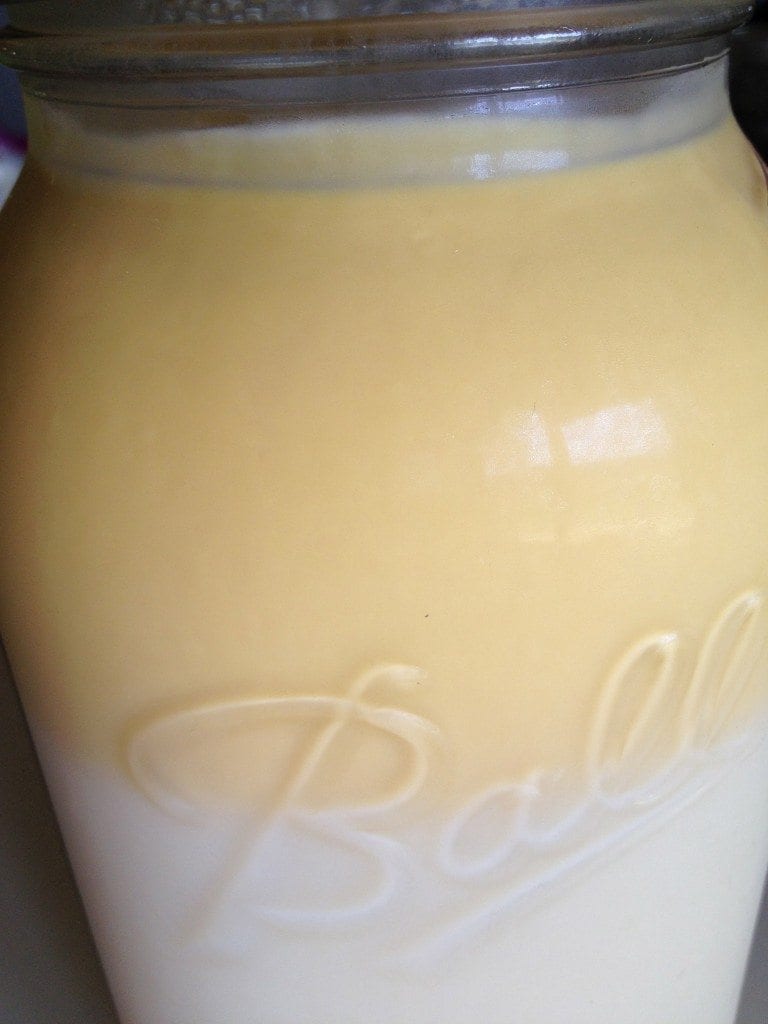 Another reason why a fattier milk shouldn’t be your one-stop solution to a better tasting latte is its flavour-masking properties.

Since fat globules are so huge, it physically blocks the other solubles in the water from reaching your tongue. In other words, it coats your tongue and forms a film that repels certain flavours.

To best understand this effect for yourself, try making three cappuccinos: one with non-fat milk, one with whole milk, and one with half-and-half. Try to identify which one tastes more of coffee.

All that being said, you shouldn’t reach for the skim just yet – because what fat delivers more than anything else is the magical factor of mouthfeel.

Recent scientific studies have shown that the reason why fatty foods taste so satisfying has very little to do with the actual flavour of fat, but instead with the mouthfeel of it. Imagine drinking unsalted melted butter… now imagine the taste of cold butter spread over hot toast. That creamy mouthfeel is what seals the deal, baby!

Human tasters working for food companies report on the sensation of fat by rubbing their tongue against the roof of their mouths. Alternatively, a machine called a tribometer, sometimes made with a pig’s tongue, makes quantitative measurements of mouthfeel. And based on these quantitative studies, high-fat food items like cheesecake, chocolate ganache and cream sauces all register as immensely satisfying – just because of the way it feels when in contact with the mouth.

The effect of fatty emulsions on the touch receptors in the tongue’s papillae. Credit: EdibleGeography.com

Something else you should know about fat is that, while is does block off certain flavours, it accentuates others. In a study of how flavor is released in low-fat versus high-fat ice cream, food scientists found that fat could have different effects depending on the flavor. Cherry, for example, becomes less intense in the presence of fat, but the opposite is true for vanilla.

Flavour is made up of these things called volatile components, and fat affects how these volatile components reach your tongue. Some flavours like to stick to fat and so make for a more prolonged release. This explains why adding milk to coffee brings out certain nutty, or caramel-esque, flavours.

So now that you know about each individual component of milk, it’s time to bring the whole family together!

Make it a habit to read milk labels. I urge you to go to a supermarket and literally read every single different milk carton. You might look eccentric doing it, but you’ll learn so much.

As an example, let’s take two of the most common brands of milk in Singapore and compare the nutritional contents – using precisely what we’ve looked at so far in this article. 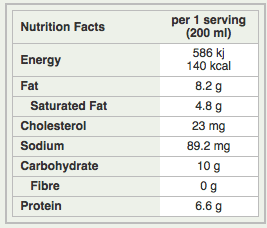 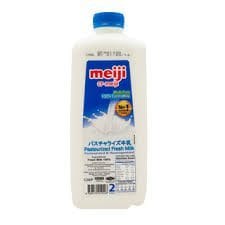 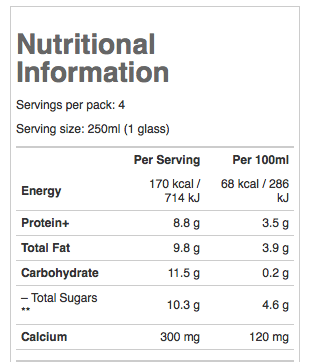 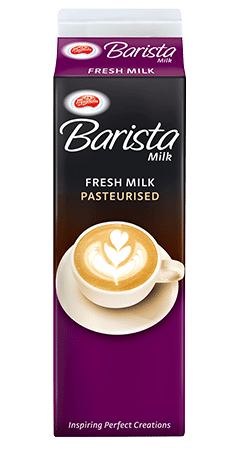 Comparing the two, it’s easy to see the immediate differences: Meiji has a much higher lactose content but a lower protein content. It also has a higher fat content and added sodium.

Meiji was designed to be drunk, and it’s the most common brand in Singaporean cafes. It’s easy to see why, because it’s deliciously buttery, and the slight saline content adds an extra dimension to the milk.

That said, the taste of milk – as with coffee – is highly subjective. Deciding what brand of milk to use in a cafe is almost as big a decision as the type of bean to use!

However, with an in-depth understanding of the different components of milk, that decision doesn’t need to be guesswork anymore.

Coffee Education: How Do You Pick a Course?
The Specialty Coffee Shops That Prefer Batch Brew to V60
Is Adding Sugar to Coffee Really That Bad?
Specialty Coffee Association (SCA) Officially Launched